Even though the species name is aromatica, the leaves and flowers do not have much of a fragrance. The genus name comes from the Greek word "Agera" which means not growing old and refers to the long-lasting flowers and leaves (Tenaglia 2007).

There are four existing occurrences but two of them have not been found again after one survey. There are 29 historical occurrences beginning in 1868 on Staten Island. Almost all of the historical collections occur between 1868 and 1929 with none later than 1936. Plants were rediscovered in 1991.

Short term trends are unknown. Two of the four existing occurrences could not be found a second time but they may still be present.

There has been a large decline in populations from historical times. There were many occurrences in the late 1800s and early 1900s but today only a small number of populations can be found.

All of the occurrences occur in areas with a lot of human activity and natural succession that might affect the plants.

This species grows in early successional habitats and management strategies should include methods to prevent natural succession from eliminating plants while preventing direct impacts from human activity such as improper road and trail maintenance.

Research is needed to assess the best way to manage for protection of this species.

This species is currently known only from Suffolk County on eastern Long island, but it was historically known west to New York City and Staten Island with a report from Westchester County.

Ageratina aromatica var. aromatica occurs from eastern Massachusetts and southeastern New York south to Florida and west to a line from Ohio to Louisiana.

Small White Snakeroot was previously included in the genus Eupatorium. It is an erect perennial herb from about 12 to 28 inches tall. It has opposite, triangular leaves on short petioles, with crenate (wavy) to dentate (toothed) margins. The flower heads occur in clusters of 5 to 10, and have discoid flowers with white corollas about 0.2 inches long. The stems and petioles are covered with fine hairs.

Ageratina altissima (the most similar species) is taller (up to 60 inches), its flowering heads have more flowers (10 to 34), and has longer petioles (up to 1/3 the length of the leaf blade) than Ageratina aromatica var. aromatica. A. altissima also has shorter corollas (about 1/8 to 3/16 of an inch) than those of A. aromatica var. aromatica (3/16 to 1/4 of an inch). Variety aromatica is the only variety of A. ageratina found in New York. Variety incisa is found in Virginia and Florida.

Surveys for small white snakeroot should be conducted in August or September.

The time of year you would expect to find Small White Snakeroot flowering and fruiting in New York. 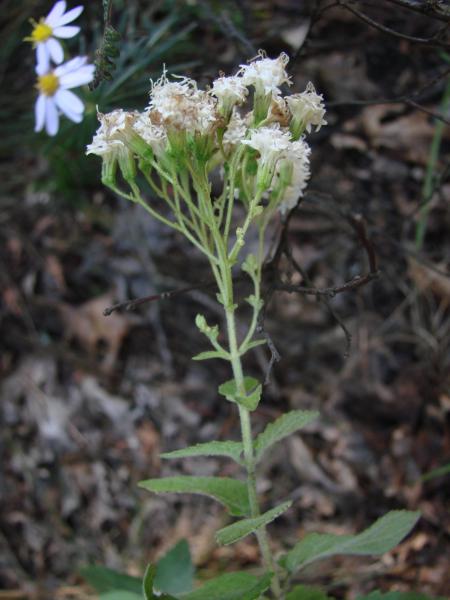 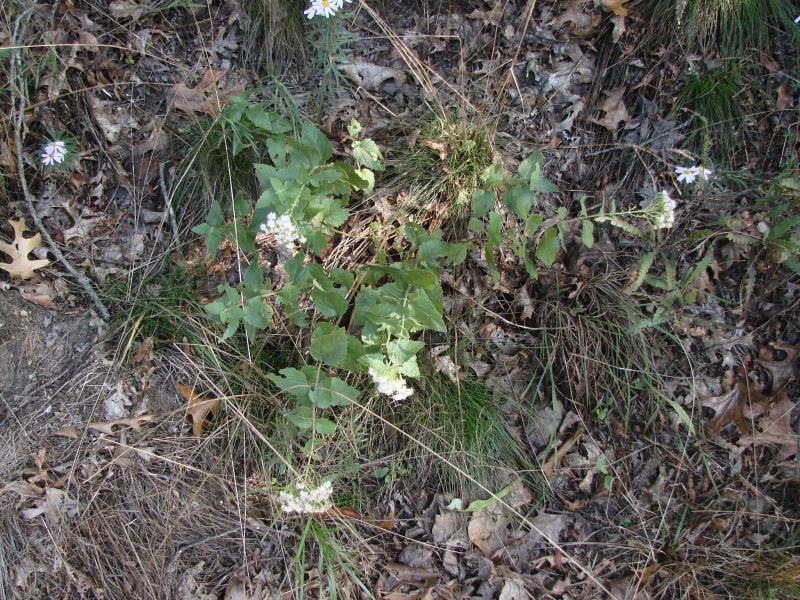 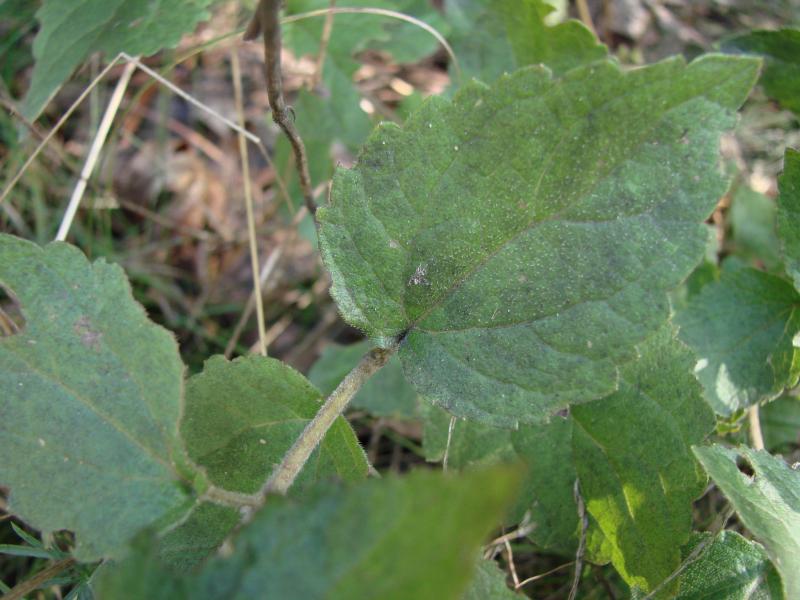 All of our Ageratina aromatica are variety aromatica.