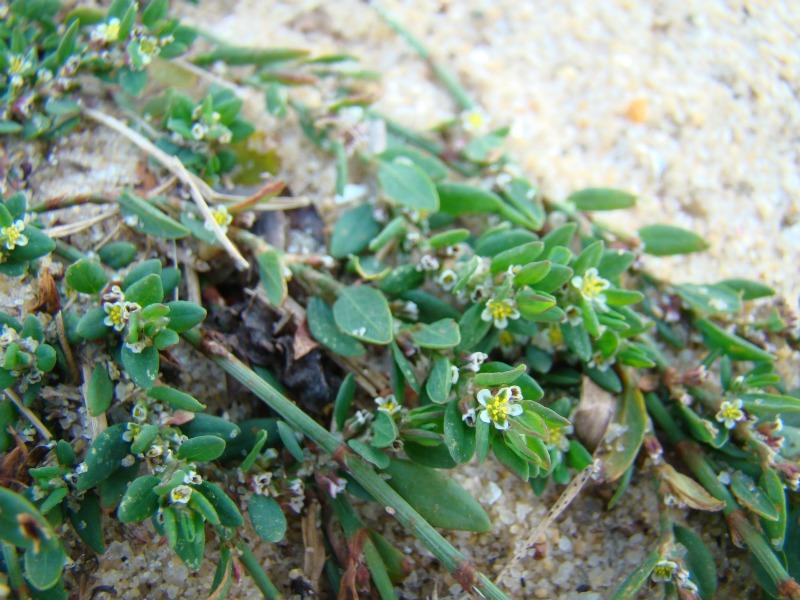 This plant was formally treated as a full species but the different subspecies of Polygonum aviculare overlap in distinguishing characters and ranges as they have moved into weedy habitats created by humans. The native habitat of this subspecies seems to be beaches and dunes but it is sometimes found in sidewalk cracks, vacant lots, and other weedy places (Flora of North America Editorial Committee 2005).

There are five existing populations but only one of them has more than 100 plants, the rest are very small. There are 17 records from the early 1900s through 1976 which need to be rechecked although one of them is probably gone because of development.

Only one population has been visited more than once and its numbers fluctuate depending upon the amount of disturbance on the beach.

This species seems to have been more common in the early 1900s but it has declined to only 5 populations today.

Beach populations have been trampled by fishermen and sunbathers which has prevented expansion of populations into a larger area.

Disturbance regimes need to be maintained.

Research is needed to evaluate the kind and interval of disturbance that provides the best habitat for this plant. Seed bank studies could also be done to evaluate how long it persists between disturbance.

In New York Small's Knotweed occurs mainly on sandy (sometimes also pebbly or gravelly) beaches in both maritime and inland areas. It also has been found on areas of disturbed, compacted soils such as railroad yards and old roads (New York Natural Heritage Program 2011). Packed, non-drifting sands, borders of marshes and dunes, and sandy soils, both maritime and inland (Gleason and Cronquist 1991). Packed, non-drifting sands, dune and marsh borders and inland sandy soils (Mitchell and Deam 1978).

This low herb is scattered throughout New York in natural and human-disturbed dry open habitats. Most populations are restricted to the rocky beach areas of far eastern Long Island. Many upstate records are from roadsides, fields and railroad yards. More work is needed to determine its true native range.

It is widespread across the United States and Canada but absent from most of the states of the Southeastern Atlantic and Gulf Coasts.

Small's Knotweed is an bluish or grayish green annual herb, growing up to 15 centimeters tall, if erect, or up to 70 centimeters long, if prostrate. A characteristic of all Polygonum species is that their stipules are united to form a sheath around the stem (called an "ocrea") at each node. In this species the ocrea is 3.5 to 6.5 millimeters long. The leaves are 6 to 30 mm long, with the branch leaves up to 2.5 times as long as stem leaves. The flowers are in groups of 2 to 6, each flower with 7 or 8 stamens and 5 tepals. The tepals are 2.3 to 3.4 mm long and green with white or pink margins The outer tepals also have small pouches at their bases. The fruit are dark brown, 3-sided achenes 2-2.8 mm long (late season achenes may reach 5 mm)(FNA 2005).

Flowers begins in July and the fruits persist until the first frost.

The time of year you would expect to find American Knotweed flowering and fruiting in New York. 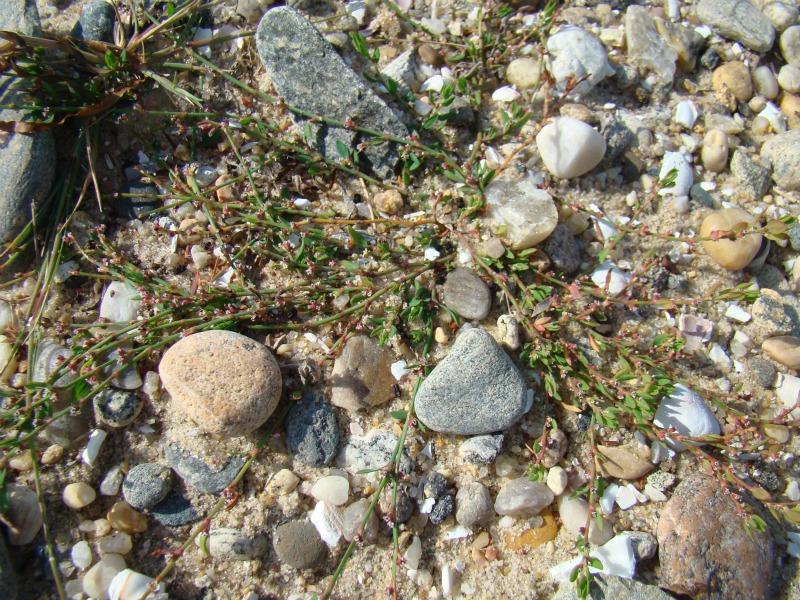 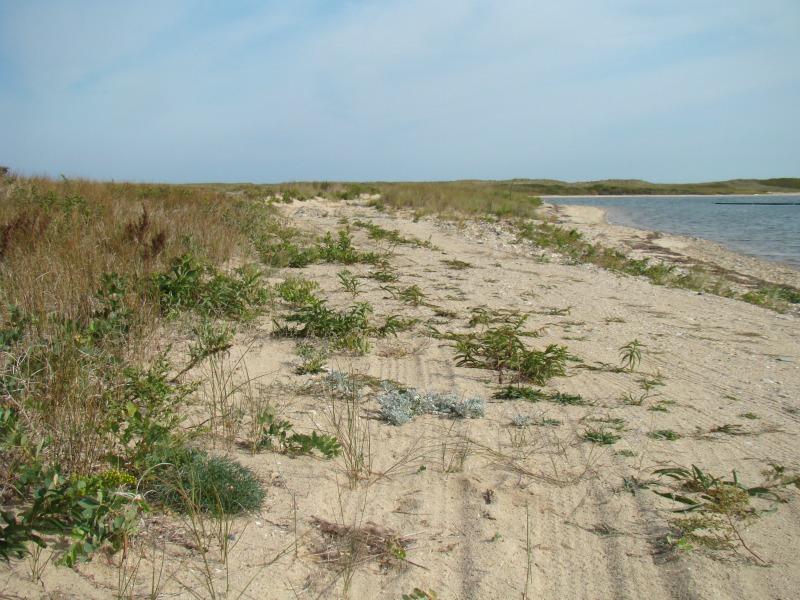 This was changed in the Polygonum volume 5 of Flora North America and the NY Flora Atlas.