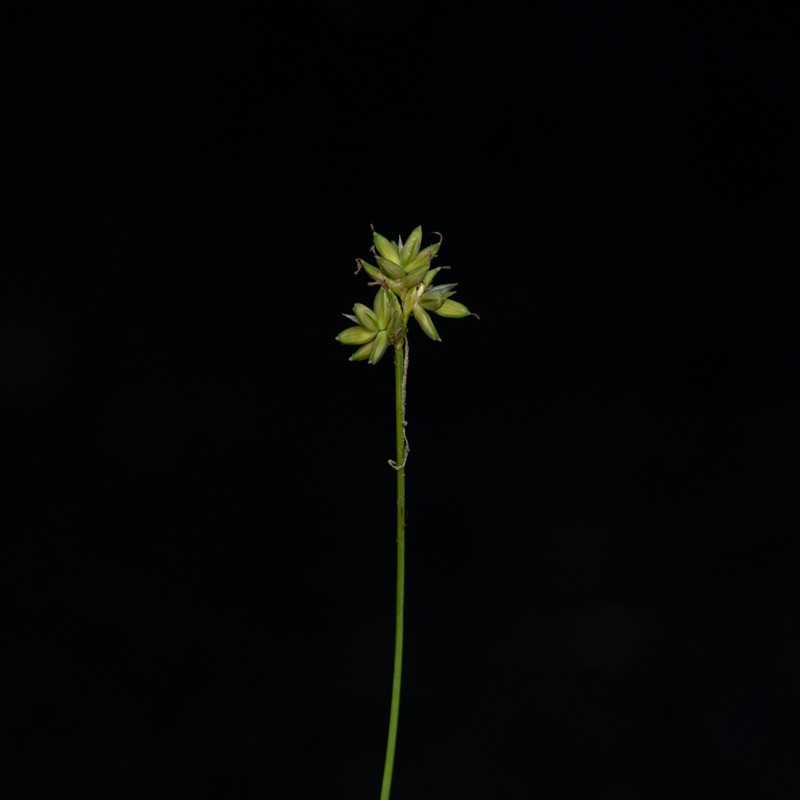 The species name, tenuiflora, means slender-flowered. The most obvious distinguishing characterstic of the species is the three small spikes bunched closely together at the end of the slender stem.

There are four known occurrences and relatively few historical occurrences of this species, so it may have always been somewhat rare in the state. The ecological reasons for its rarity are unclear. While this species is near the southern limit of its range in New York, it occupies habitat similar to that of many more common sedges. It is also a species of concern in the state of Maine.

Two of the three known existing locations are recently-rediscovered historical occurrences. Their population trends will be revealed by monitoring in the years to come.

Based on the scant historical record, this sedge may never have been common in New York. Additional inventory at known historical locations is needed to determine long-term trends.

This sedge has typically been found in somewhat rich, saturated soils in conifer or shrub swamps. Disturbances which change the hydrologic regimes could threaten the survival of this species. Herbivory is another potential threat.

The wetlands which provide habitat for this species should be protected from changes in water quality or hydrologic regime.

Reseach is needed to determine the habitat requirements and complete distribution of this species in New York.

Carex tenuiflora is found in northern New York, chiefly in the Adirondacks, the Tug Hill Plateau and the St. Lawrence and Black River Valleys. There is also a single historical record from Erie County in western New York.

Carex tenuiflora has a circumboreal distribution, in North America extending south to the northern tier of the United States, including Washington and Montana (and disjunct to Colorado), and from Minnesota to Maine in the northeast.

Thin-flowered sedge forms loose clumps with slender, 15 to 60 cm high stems, arising from creeping rhizomes. The leaves are ca. 1 mm wide. Flowers are borne in 2-4 small spikelets, held upright and grouped together in a cluster at the top of the stem. A few male flowers (recognized by the old stamens) occur at the base of each spike. The whitish, papery scales have a green center, and are as long as the perigynia that they subtend. The pale green, narrowly elliptic perigynia are ca. 3 mm long and tapered, but beakless. There are 2 styles and the seed achene is lens-shaped.

For positive identification specimens with mature perigynia are needed.

In vegetative form this species is very similar to Carex disperma and C. trisperma, with which it may grow, but the spikes of C. tenuiflora are crowded together while those of the preceding two species are well-separated. Carex heleonastes, which is found in the same calcareous wetland habitat as C. tenuiflora, has brownish scales and distinctly beaked perigynia. The other Carex species in section Heleonastes found in New York either are found in brackish habitats (C. glareosa) and/or have beaked perigynia.with subtending scales shorter than the perigynia.

The form and spikelets of Carex interior, in the Stellulatae group, are similar to those of Carex tenuiflora, but C. interior has minutely-beaked perigynia not visible beneath their slender scales.

In New York state most collections of Carex tenuiflora have been made in late June, with mature fruit present.

The time of year you would expect to find Sparse-flowered Sedge fruiting in New York. 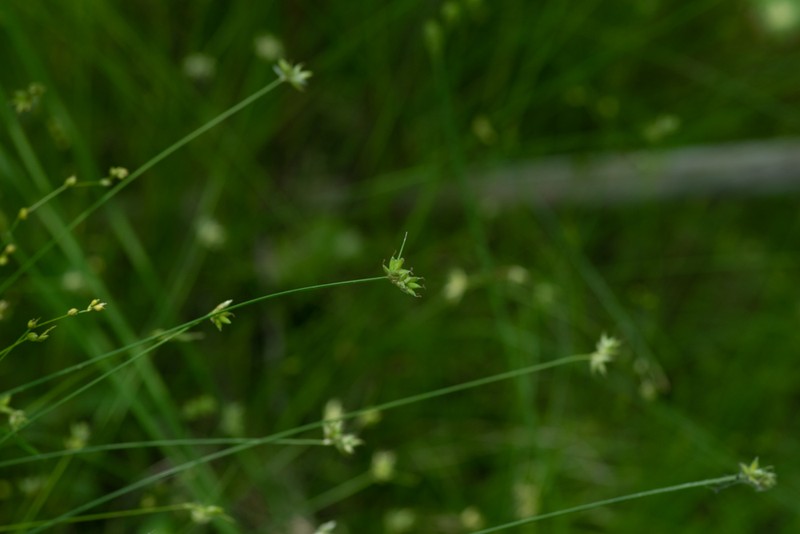 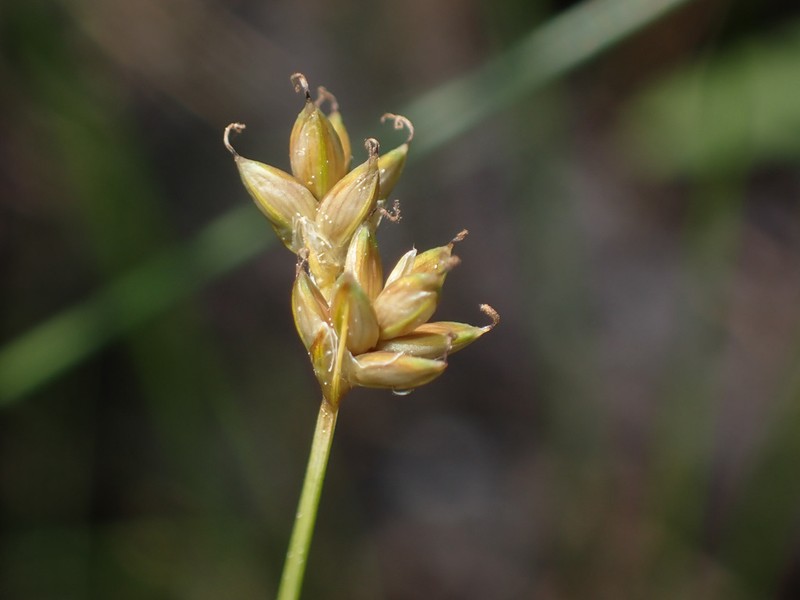