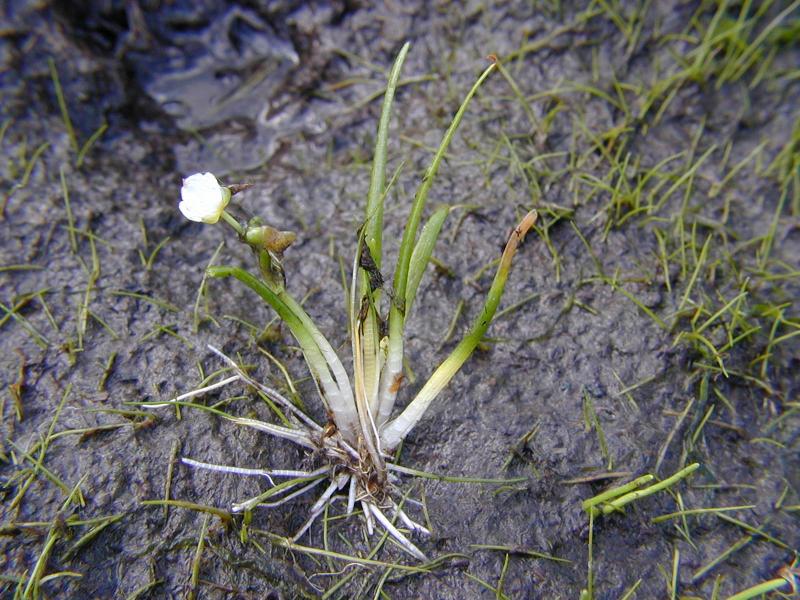 State Conservation Status Rank
S2
Imperiled in New York - Very vulnerable to disappearing from New York due to rarity or other factors; typically 6 to 20 populations or locations in New York, very few individuals, very restricted range, few remaining acres (or miles of stream), and/or steep declines.
Global Conservation Status Rank
G5T4
Apparently Secure globally - The subspecies/variety is uncommon in the world but not rare; usually widespread, but may be rare in some parts of its range; possibly some cause for long-term concern due to declines or other factors. (The species as a whole is common globally.)

Of the nine arrowhead species that occur in New York, only spongy arrowhead is an annual (Haynes and Hellquist 2000, Weldy and Werier 2005). The name spongiosa means spongy (Fernald 1970) and is clearly in reference to the very spongy leaves.

One population was extirpated in the past 20 years when a channel was deepened and the associated mud flats were destroyed. A couple of populations may have experienced a small decline in the number of individuals present over the past 20 years but the data is not conclusive. Short term trends appear to indicate at least a small decline although a lack of data makes this assessment inconclusive.

Deepening of channels and disturbances that can change the habitat where spongy arrowhead occurs should be avoided.

In New York, this species occurs in freshwater to brackish intertidal mud flats, often with Sagittaria subulata. It is most abundant on these open mud flats but occasionally occurs in lower abundance in the taller vegetation associated with the adjacent and upslope brackish or fresh tidal marshes (New York Natural Heritage Program 2007). Brackish to fresh-water tidal mud flats and salt marshes (Haynes and Hellquist 2000). Brackish to nearly fresh tidal waters and salt marshes (Gleason and Cronquist 1991). Shallow water of the Hudson River (Haynes 1979). On tidal mud of brackish estuaries (Fernald 1970).

This species is restricted to estuaries along the Hudson River from south of Albany to a little north of the Tappan Zee Bridge (New York Natural Heritage Program 2007).

This species occurs from New Brunswick south near the coast to Delaware and eastern North Carolina (Haynes and Hellquist 2000, Weakley 2007).

Spongy arrowhead is an annual herbaceous plant. It grows in tidally flooded areas. During low tide the entire plant is often above water. At high tide the plants become mostly or entirely submerged. The leaves arise from the base of the plants in dense whorls and are spongy, very narrow, and strap-like. The tips of these leaves sometimes become somewhat expanded. The flowering stalks are shorter than the leaves and have a few whorls of long-stalked flowers towards their tips. The flowers are small and not showy (Fernald 1970, Haynes and Hellquist 2000).

It is easiest to identify this species when it is in flower or fruit. If the population is large enough entire plants with roots should be gathered for voucher specimens.

Limosella australis is quite different, being a member of the Scrophulariaceae family. It can be easily distinguished by its narrower, filiform leaves that are 1-2 mm wide vs wider spongy flattened leaves that are up to 2.0 cm wide for S. montevidensis ssp. spongiosa.

The plants are annuals and are difficult to find early in the growing season. They are easiest to spot and identify when they are in flower or fruit which is from mid to late August through September. Therefore, the best time to survey for this species is during this time period.

The time of year you would expect to find Spongy-leaved Arrowhead vegetative, flowering, and fruiting in New York. 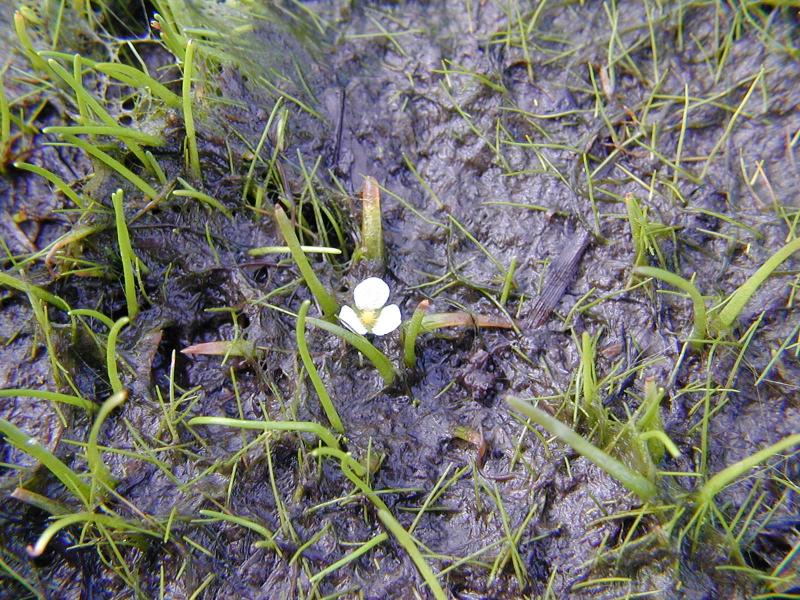 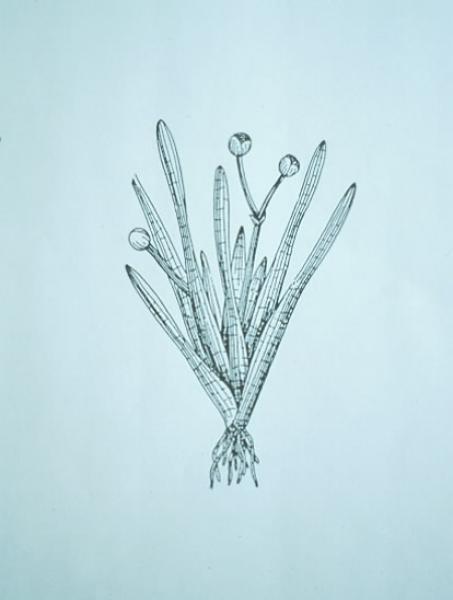 Kaul, R.B. 1967. Development and vasculature of the flowers of Lophotocarpus calycinus and Sagittaria latifolia (Alismataceae). American Journal of Botany 54: 914-920.

Smith, J.G. 1900. Revision of the species of Lophotocarpus of the United States: and description of a new species of Sagittaria. Annual Report of the Missouri Botanical Garden 11: 145-151.