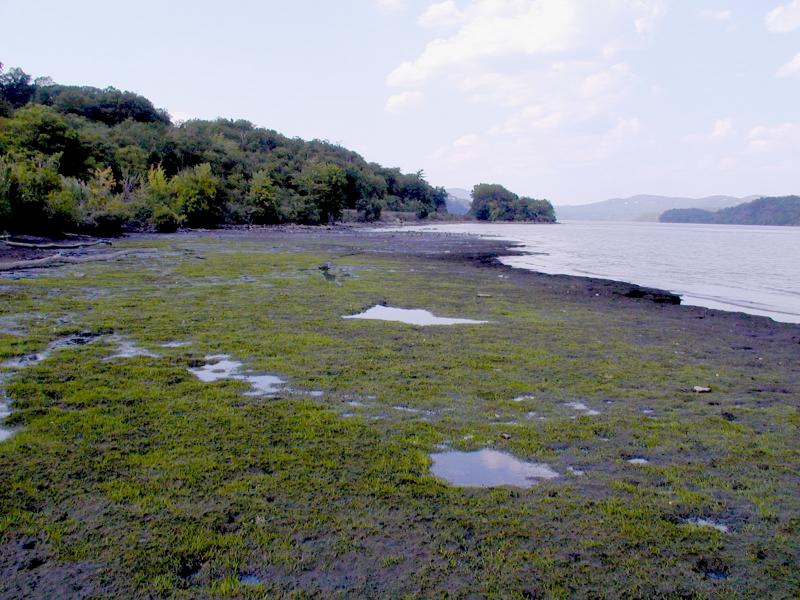 Mudflats contain mobile invertebrates such as clams, snails, worms, and crustaceans that are adapted to the unstable surface of the mudflat, which is subjected to daily erosion and redeposition by tidal currents. These populations turnover at a high rate due to salinity changes. Fish such as alewife, American shad, white perch, rainbow smelt, striped bass, and smallmouth bass feed on these invertebrates in the submerged brackish intertidal mudflats during high tide. Muskrat, mink, egrets, herons, snapping turtles, and blue claw crab are also found in this community.

There are about twenty occurrences statewide. A few documented occurrences have good viability and a few are protected on public land or private conservation land. This community is restricted to brackish portions of estuaries in the state and includes a few moderate size, good quality examples. The current trend of this community is probably stable for occurrences on public land, or declining slightly elsewhere due to moderate threats that include alteration of the natural hydrology and invasive species.

The number of brackish intertidal mudflats in New York have probably remained stable in recent decades as a result of wetland protection regulations.

The main threats to this community are shoreline development (including railroad tracks), and invasion of exotic species, such as water chestnut (Trapa natans). Recreational boat traffic that scrapes across the mudflats at high tides causes direct degradation. Dredging of shipping lanes may also pose a threat by reducing water quality and altering the natural tidal regime and sediment deposition.

Maintain tidal regime in marshes that have been cut off from the Hudson River near the railroad tracks.

Strive to minimize or eliminate hardened shorelines and maintain very low-sloped shorelines within the tidal zone. Maintain functional connectivity between the river and the mudflat to enable full tidal flushing during each tidal cycle. For example, barriers such as railway causeways should have numerous culverts to allow sufficient hydrologic connectivity.

Survey areas adjacent to known brackish tidal marshes and brackish subtidal aquatic beds for more examples of intertidal mudflats. Search for sites on Long Island where occurrences may be too small to be recognized as this community.

Restricted to brackish portions of estuaries of the northeastern Atlantic coast. Currently mapped from the Hudson River in Dutchess, Orange, Putnam, Rockland, and Westchester Counties. It probably also occurs in the coastal lowlands in Suffolk County. New York is at the central-southern part of the range, which is from New England possibly to New Jersey.

This community occurs along the Atlantic coast from Maine to Virginia and possibly to South Carolina.

Brackish intertidal mudflat communities occur on exposed intertidal mudflats in which the salinity ranges from 0.5 to 18 parts per thousand (ppt). The vegetation is usually sparse, and consists of aquatic species such as spongy arrowhead (Sagittaria montevidensis), strap-leaf arrowhead (Sagittaria subulata), mudwort (Limosella australis), and tapegrass (Vallisneria americana). The community is completely submerged at high tide, and completely exposed at low tide.

A sparsely-vegetated intertidal community on exposed mudflats where salinity ranges from 0.5 to 18 ppt. This community, which typically has low-growing rosette-leaved plants, is submerged during high tide, and exposed at low tide.

Known examples of this community have been found at elevations between -1 feet and 3 feet.

The low-growing rosette-leaved aquatic plants that are characteristic of brackish intertidal mudflats are best observed during the growing season at low tide. 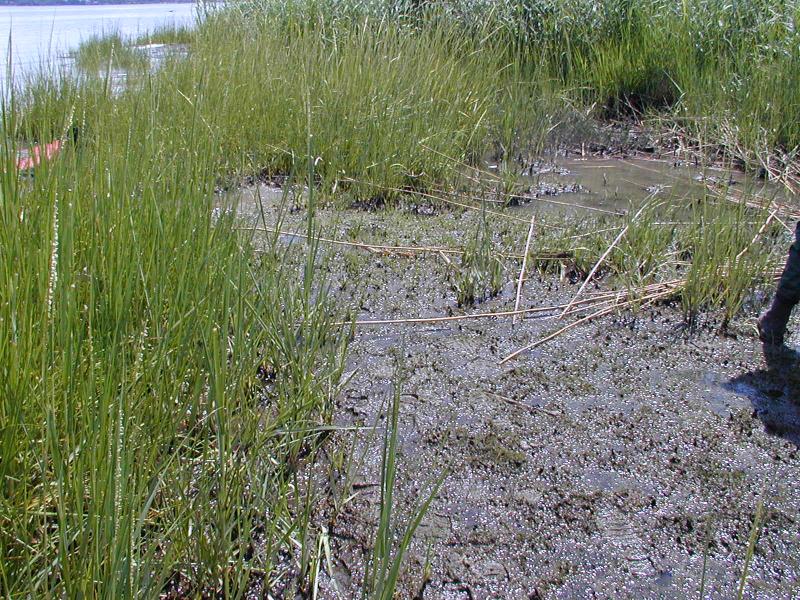 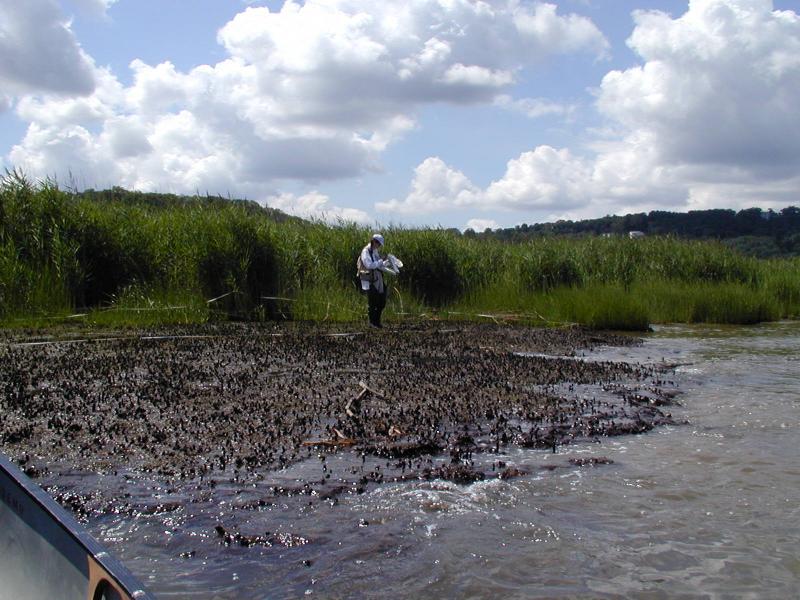 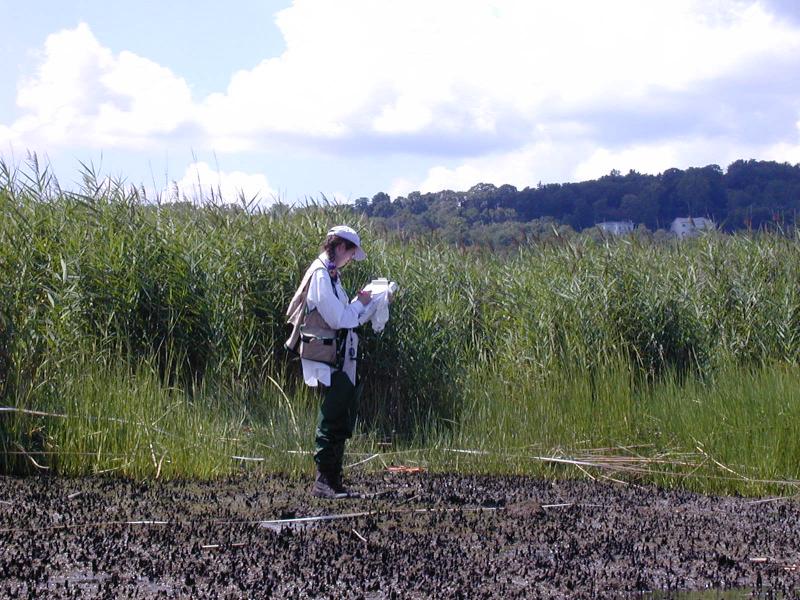 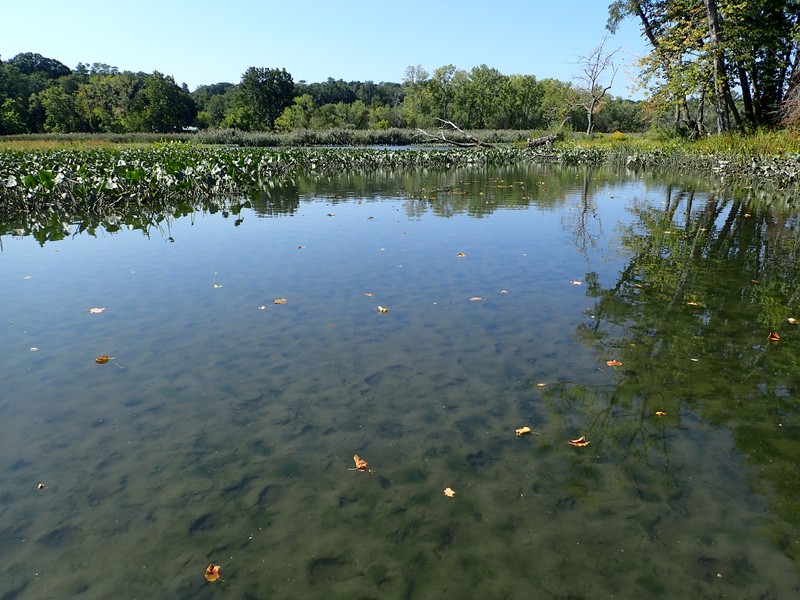 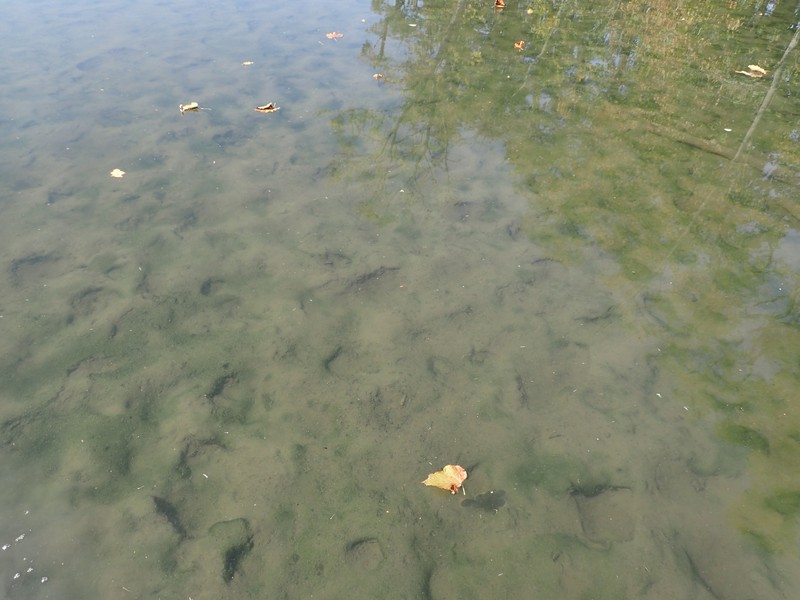 This figure helps visualize the structure and "look" or "feel" of a typical Brackish Intertidal Mudflats. Each bar represents the amount of "coverage" for all the species growing at that height. Because layers overlap (shrubs may grow under trees, for example), the shaded regions can add up to more than 100%.

Information for this guide was last updated on: April 22, 2021