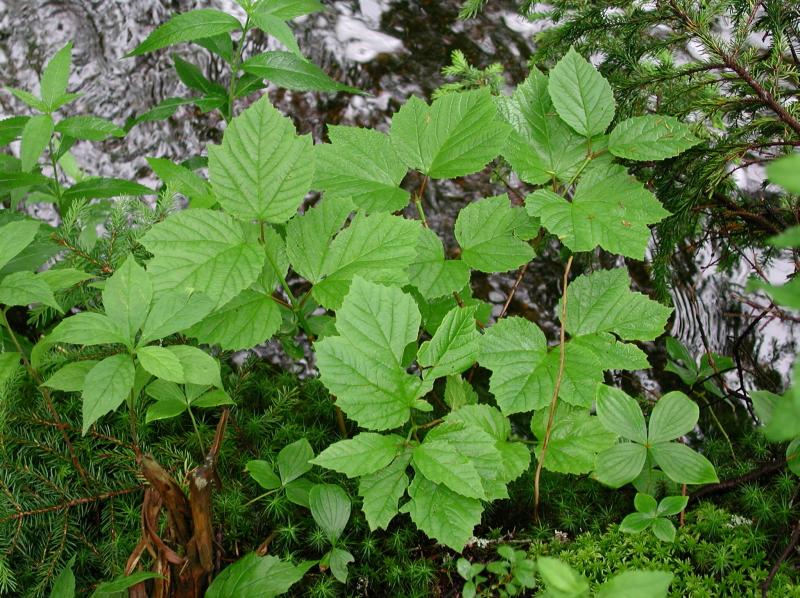 Squashberry may be more common than we think because it occurs along small streams in the Adirondacks and most of these are fairly inaccessible. Pioneers in Newfoundland swallowed the juice of the berries in the belief that it cured colds (Squashberry in The Dark Tickle Company, web site accessed 21 November 2007). The berry is indeed easy to squash.

There are 14 existing populations but all of them have fewer than 50 plants each. There are three additional historical records, and more populations may be found as more remote streams are surveyed. Numbers may decrease in the future if plants are attacked by the viburnum leaf beetle.

Short-term trends seem stable although more survey work is needed to understand how many of the small populations are persisting. Future trends could decline dramatically if plants are affected by the viburnum leaf beetle.

Most of the historical records have been relocated and recent survey work has discovered many new populations. Many populations have probably persisted throughout the Adirondacks for a long time.

Threats are low but some plants close to the trail may be trampled by hikers. It is unknown to what extent deer and possibly moose browse this species. A future threat may be viburnum leaf beetle.

Plants near hiking trails should be monitored for hiker impacts.

Populations should be monitored to observe if plants are attacked by the viburnum leaf beetle. Habitat preference should be studied to determine why the species seems rare in habitat that is common throughout the Adirondacks, and why populations are usually small.

In New York squashberry has typically been discovered in boreal forest habitats of the Adirondacks, most often though not always along streams. At these sites the soils are rocky, with the plants sometimes growing from cracks among talus or boulder fields. The lone site from the Catskill Mountains, though not as boreal in character, is also a rocky, moist microhabitat along a stream (New York Natural Heritage Program 2007). Moist woods (Gleason and Cronquist 1991). Woods and thickets, and on mts. or cool slopes (Fernald 1970).

In New York Squashberry is known only from the Adirondacks and a single location in the Catskills.

Viburnum edule is a boreal plant, found in Alaska and across Canada, ranging to the northern tier of the United States from Maine to Washington, and in the west as far south as South Dakota, Wyoming, Colorado, and Oregon.

Squashberry is an opposite-branched, erect shrub growing up to 2 m tall. The leaves are simple, opposite, and glabrous (or nearly so), with palmate veins, 3 shallow lobes, and they are toothed. The flowers are white and borne laterally on the branches in clusters up to 2.5 cm wide. The fruit are red when mature.

This species is easiest to identify when it has flowers or fruit, but plants without these may be identified, too.

Viburnum acerifolium has leaves with a similar overall shape, but the undersides are covered with soft, white hairs, the flower clusters are terminal, and the mature fruits are black. Viburnum opulus has leaves with deeper lobes, coarser teeth, and glands and stipules on the petioles, and its flower clusters have large, sterile flowers around their perimeters.

Squashberry flowers in June and July, and the fruits may persist into September.

The time of year you would expect to find Squashberry flowering and fruiting in New York. 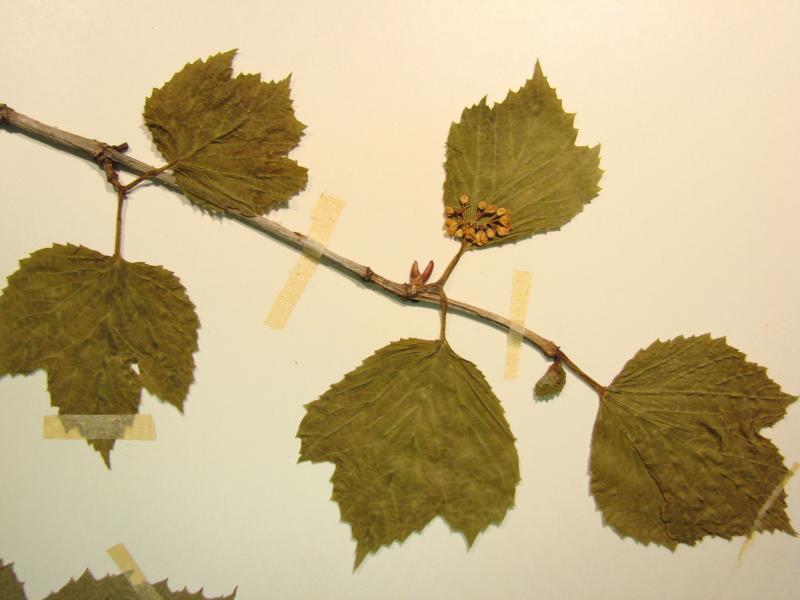 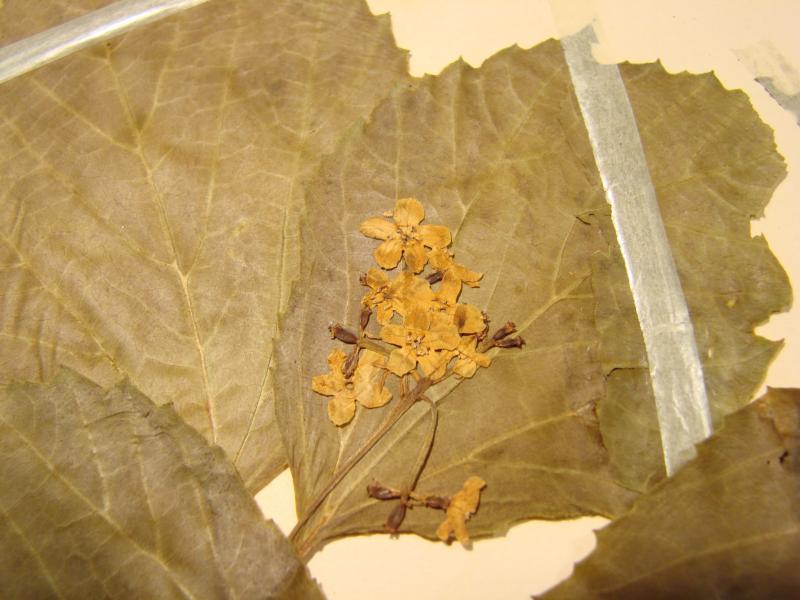 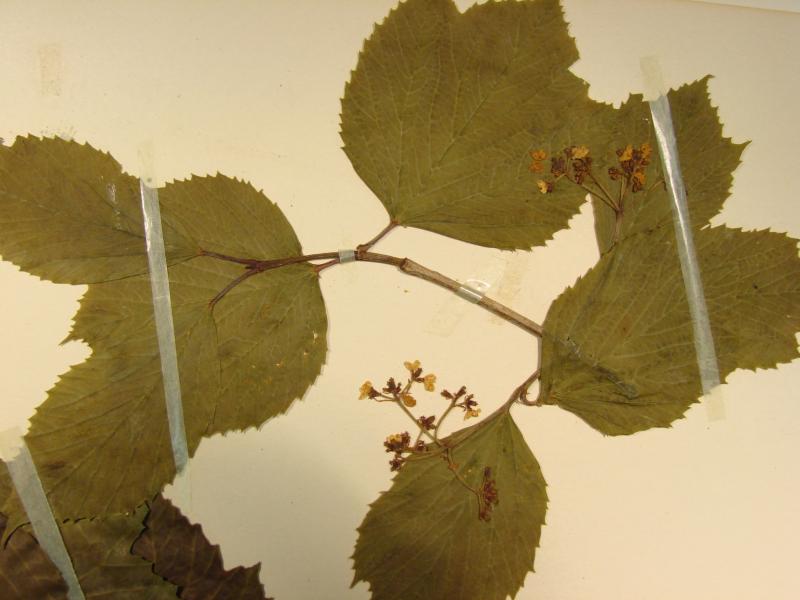 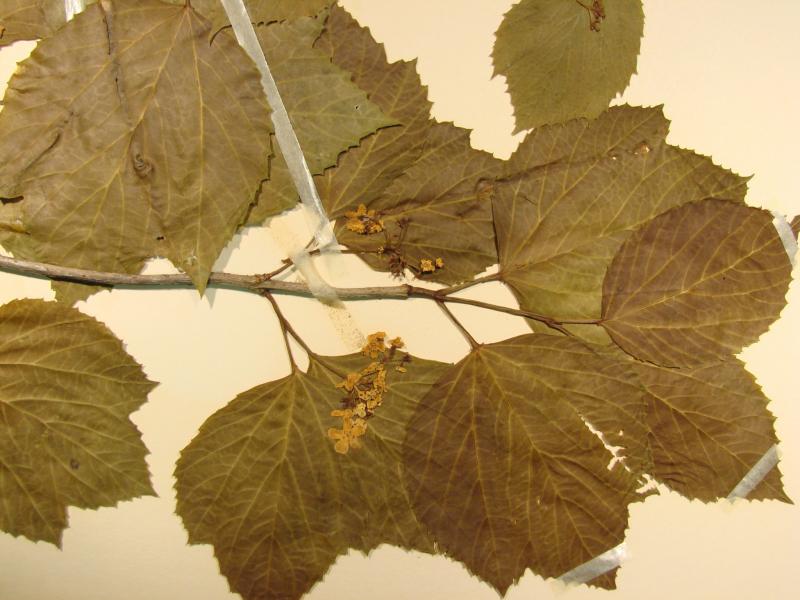 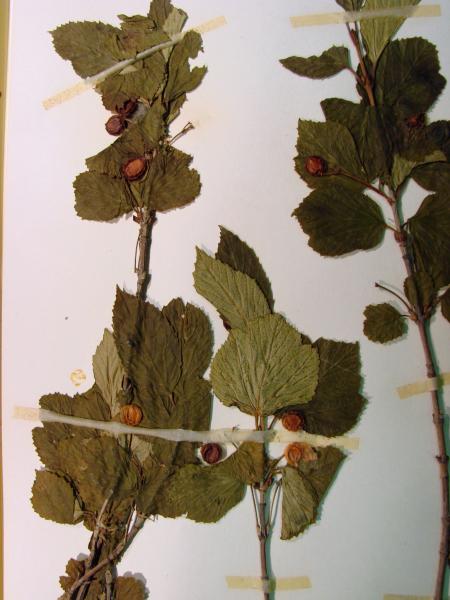 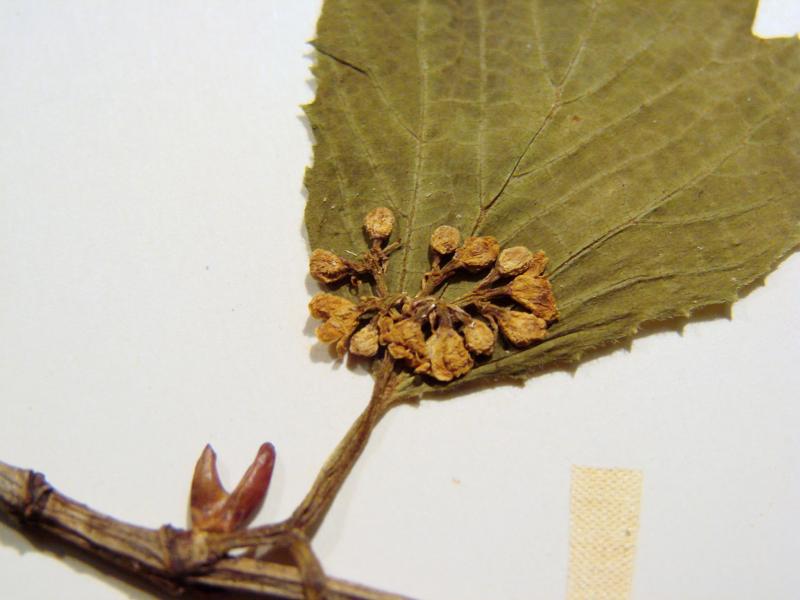 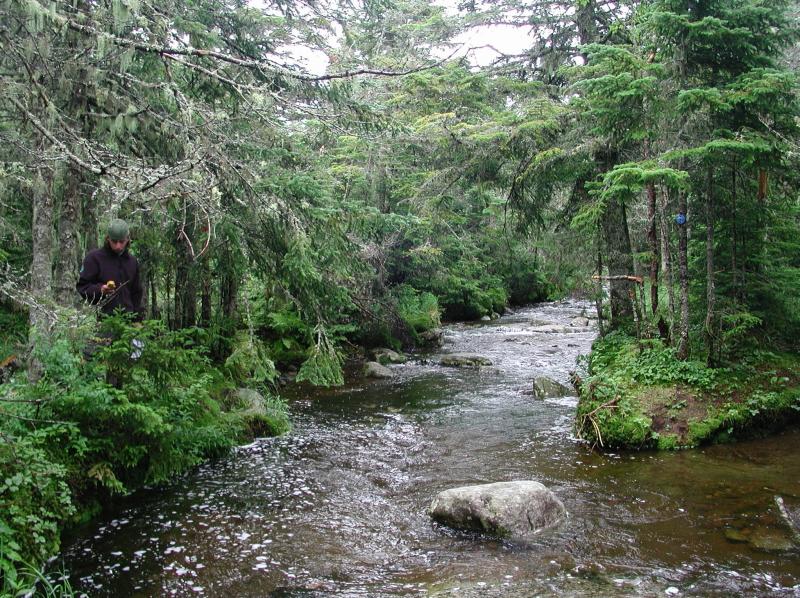 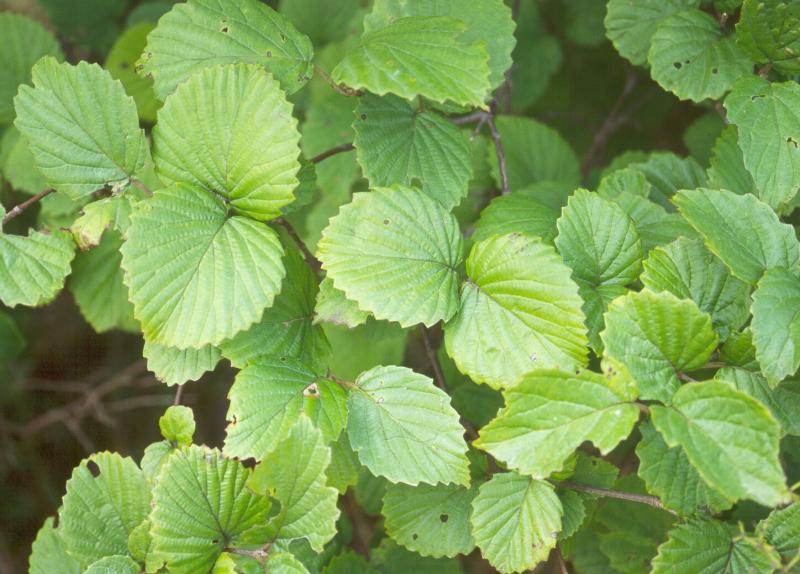 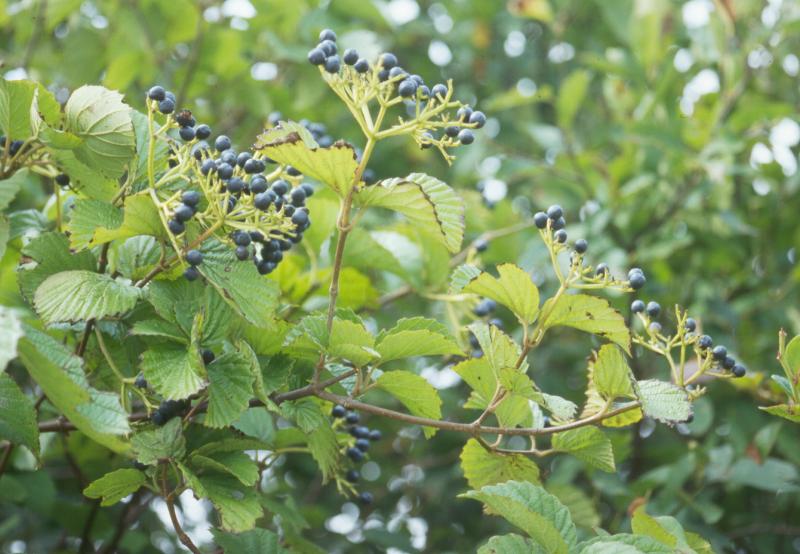