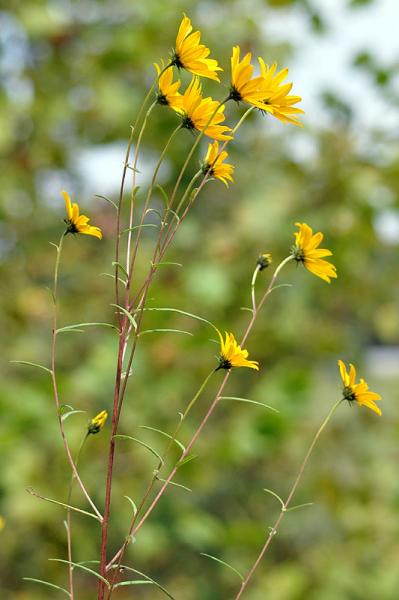 This species has the most narrow leaves of any member of the sunflower genus in the northeastern United States. It is also the only one that grows in salt marshes.

There are seven existing populations but many of them are threatened due to displacement by Phragmites. There are 31 historical occurrences. Most of them have been resurveyed but no plants were found.

This species is declining rapidly as Phragmites takes over the salt marsh and brackish meadow habitats.

The species has been in severe decline over the last 100 years because many coastal habitats have been developed or drained and the remaining marshes are being taken over by Phragmites.

The invasion of Phragmites is the major threat to this species and it may have eliminated some populations.

Phragmites needs to be prevented from getting close to the remaining large populations.

We need to know the best way to protect the species from Phragmites.

This sunflower is found in open wetlands near the ocean which usually contain some influence of salt water although they may be tending towards more freshwater. These meadows and marshes have a high diversity of species but have been taken over by Phragmites in recent years.

This sunflower is currently known from Suffolk County on Long Island but once ranged west to New York City and Staten Island where it is now considered extirpated. It is historically known from Nassau County.

This is primarily a species of the southeastern US where it extends southwest to Arkansas and Oklahoma, eastern Texas, and Louisiana. To the west it grows in just a few counties of southern Illinois and Missouri. Its northeastern limits extend to the Delmarva Peninsula, southern New Jersey, and to Long Island. It is considered rare outside of the Southeast and Southwest. It has been extirpated from the coastal plain of Pennsylvania.

This sunflower has solitary hairy stems which grow from 0.5 up to 2 meters tall. The numerous leaves are sessile and linear with margins that are turned under.They are 10-30 times as long as wide, dark green and rough on the upper side. The yellow ray flowers surround a purple disk.

This plant can be identified in vegetative condition but it is more easily seen when in flower.

There is no other sunflower that has these very narrow leaves and grows in salt water-influenced habitats.

The vegetative stems grow during the summer and flowering begins in July. Flowers can be seen through the first part of September and fruits through November.

The time of year you would expect to find Swamp Sunflower flowering and fruiting in New York. 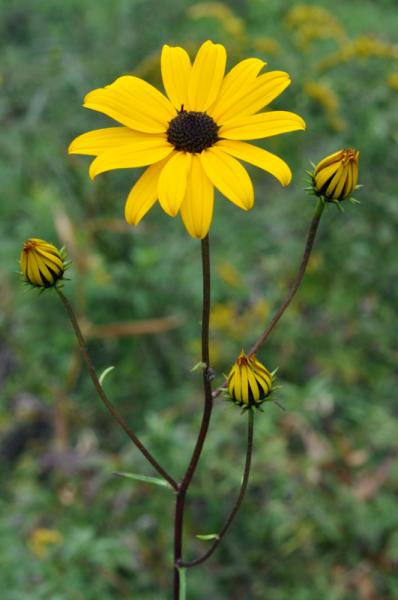 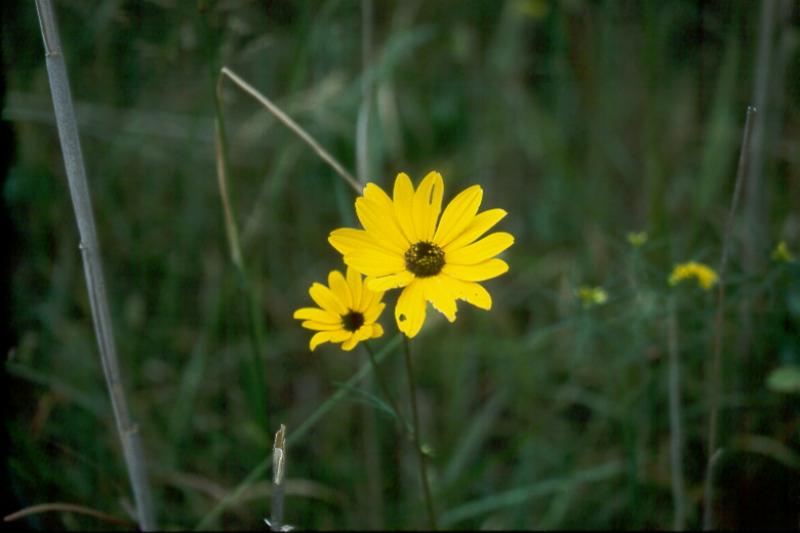 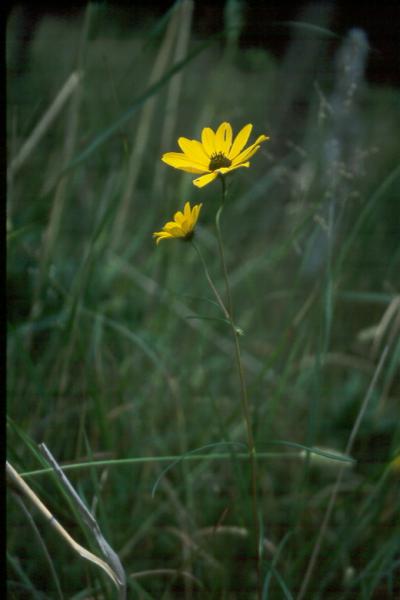