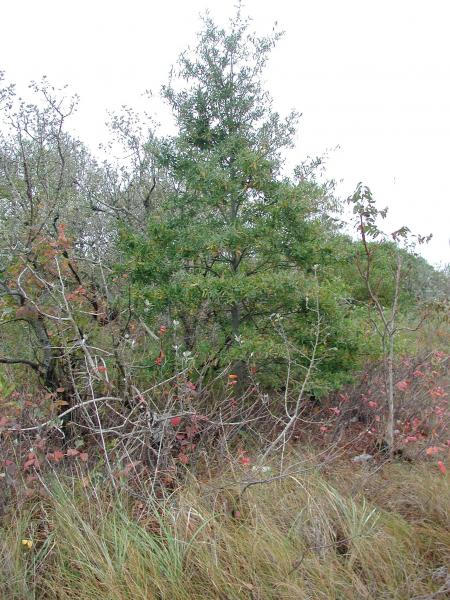 Willow oak is also planted extensively as a street tree in New York City and it is sometimes difficult to distinguish native trees from those that were planted.

There are five existing native populations, but except for one population of tens of trees, there are only a few trees in the other populations. There is one historical population on Long Island and one on Staten Island, but there are also many planted trees around the New York City area.

All of the existing populations are small and could be eliminated at any time since none are protected, but currently they seem stable.

This tree was always very rare in New York because of climatic conditions and the number of natural populations has remained very small over time. There are many trees in the New York City area because they have been planted as landscaping trees but are not considered natural populations.

Most populations are threatened by the development of the surrounding habitat by roadwork or residential areas. Increased fragmentation would cause more hybridization with the more abundant red oak.

A natural buffer should be established around natural populations and cutting of trees should be prevented.

Genetic work could be done on existing natural populations to see if they are from local genetic stock or actually progeny from introduced trees.

This oak is known from a few native localities on Staten Island and Long Island except Nassau County. It is considered extirpated in Suffolk County.

This is a tree of the South-Central and Southeastern United States extending north to Southern Illinois where it is rare and to Eastern Pennsylvania and Long Island where it is also rare. It does not extend south into the peninsula of Florida.

Willow oak is a long-lived overstory tree, growing up to 30m tall. It has tight, gray to blackish bark. The twigs are reddish brown and glabrous, with mature buds also glabrous, ovoid, pointed, and 2 to 4 mm long. The leaves are linear to narrowly elliptic, entire except for a single bristle-tip, generally 1 to 2 centimeters wide, and glabrous or nearly so, and deciduous in autumn. The fruit (acorns) are 1 to 1.5 cm long, 1/4 to 1/2 covered by the light brown, saucer-shaped, pubescent cap (Rhoads and Block 2000, FNA 1997).

Willow oak can be identified, in the appropriate season, from the seedling stage throughout its maturity.

Willow Oak may be identified whenever the leaves are out.

The time of year you would expect to find Willow Oak vegetative and fruiting in New York. 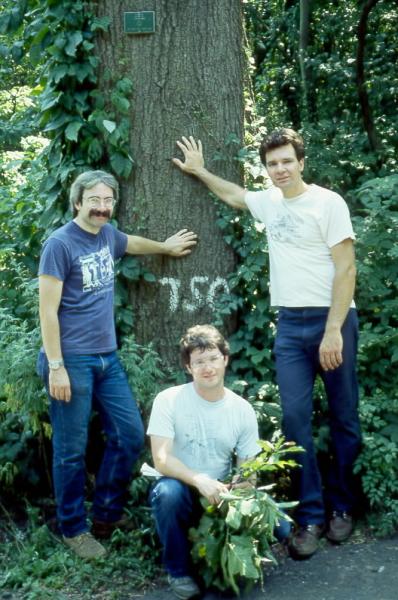