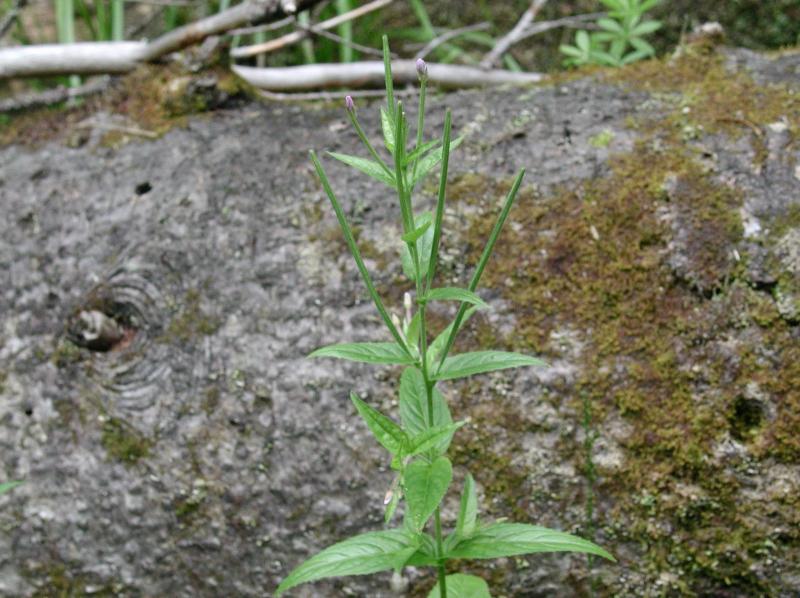 The genus Epilobium was named by the Swedish botanist Linnaeus, the creator of our modern system of taxonomy. "Epilobium" is derived from Greek, and may be translated as "upon a capsule", a reference to how each flower sits atop an elongated ovary. The ovary then ripens into a long cigar-shaped fruit (the capsule). Epilobium species have long been used for medicinal purposes, and are the subject of current research into their anti-inflammatory and anti-bacterial properties.

There are currently only 5 confirmed locations for this species in New York. Only one of these has ever been observed to have a population of more than 50 individuals, and no population count has ever been made at 2 of the other sites. There are 2 historical occurrences, from Essex and Jefferson counties.

Several of the known sites for this species have been visited only once, or have never been accurately counted, so the population trends of this species in New York is unknown.

One population is adjacent to a hiking trail, where trampling and trail maintenace could be potential threats. Other populations growing on open limestone outcrops adjacent to wetlands could be threatened by successional changes to the site, or by rising water levels. No negative impacts from these threats have been observed to date.

No management needs are apparent at the sites for this species in New York.

Only 1 of the extant populations of this plant has been observed since 1989. Current assessments of population size and threats are needed for all the extant sites, and both historical locations need to be searched.

In New York Epilobium hornemanii ssp. hornemanii is associated with rock outcrops. It has been found growing on alvar pavement and other exposed, calcareous bedrock in northwestern New York, and at waterfalls and cliffs in the Adirondacks.

In New York this herb is known only from the Adirondack High Peaks area and from limestone outcrops and pavement barrens near Lake Ontario.

Epilobium hornemanii has a circumboreal distribution, occurring in high-latitude areas of North America and Eurasia. It is found in much of Canada, and in the western US from the Rocky Mountains west, but in the eastern U.S. is known only from New York, New Hampshire, and Maine.

Epilobium hornemannii ssp. hornemannii is a perennial herb which can spread by prostate stems, forming a mat. It has unbranched stems 15 to 45 centimeters tall. It has entire to somewhat toothed leaves about 1.5 to 4.5 centimeters long and half as wide. The tiny pink flowers are on stems emerging from the base of the leaves, and are only about 2 to 6 centimeters long. As in all Epilobium species, the fruits are cigar-shaped capsules, erect at first then drooping as they mature. In this species they are about 3.5 to 7.5 centimeters long.

This species may be identified vegetatively but is more easily noticed and identified when it is flowering or fruiting, in July or August.

Epilobium hornemannii can be distinguished from most other species of Epilobium occurring in New York by its relatively wide, short leaves and only sparsely pubescent or puberulent leaves and stems. Epilobium ciliatum tends to be taller (3 to 10dm) and have stems branching above the base, and it grows from basal rosettes, rather than from rhizomes as does E. hornemannii.

Flowers in July or August (Gleason and Cronquist 1991). In New York this species has been observed in flower as early as June 6 and as late as September 4.

The time of year you would expect to find Alpine Willowherb flowering and fruiting in New York. 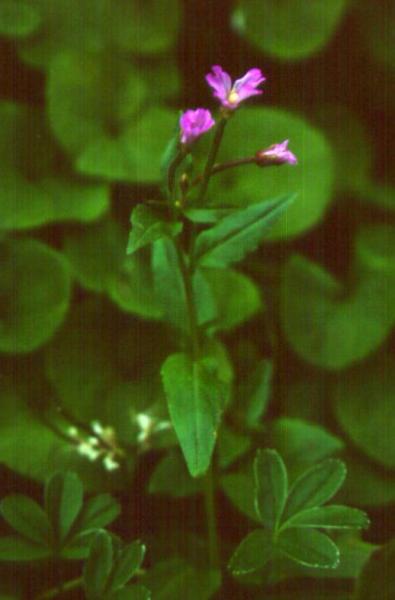