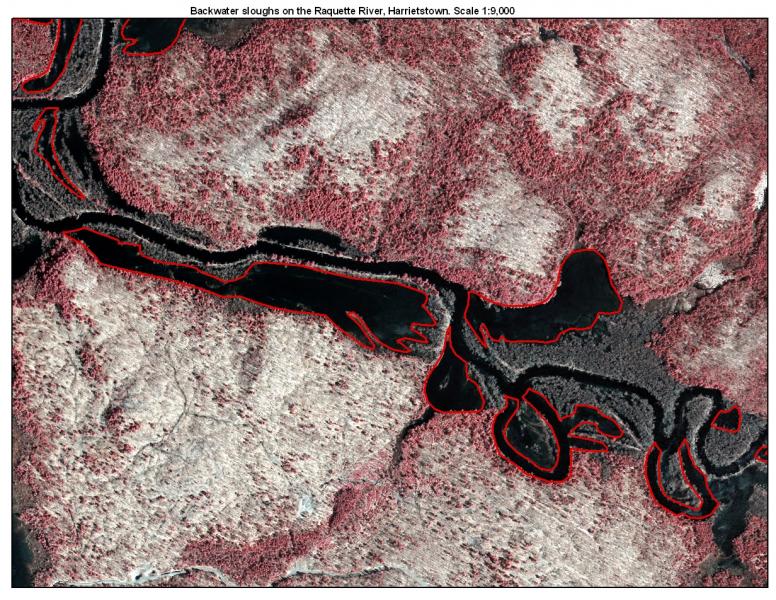 The word 'slough' can be pronounced in two different ways, each with a different meaning. When pronouned 'slew' or 'slue', it refers to either an "area of soft muddy ground" or a "marshy or reedy pool, pond, inlet, backwater, or the like." The pronounciation 'sluff' indicates an outer layer of skin (often of a snake), which is cast off periodically.

There are probably much less than a thousand occurrences statewide. Very few documented occurrences have good viability and few are protected on public land or private conservation land. This community has statewide distribution, and includes a few large, high quality examples. The current trend of this community is probably stable for occurrences on public land, or declining slightly elsewhere due to moderate threats that include alteration of the natural hydrology and invasive species.

The number and miles of backwater sloughs associated with unconfined rivers in New York are probably comparable to historical numbers, but the water quality of several of these rivers has likely declined significantly prior to the enforcement of water quality regulations (New York State Department of Environmental Conservation, Division of Water 2000).

Where practical, establish and maintain a riparian buffer to reduce storm-water, pollution, and nutrient run-off, while simultaneously capturing sediments before they reach the backwater slough. Buffer width should take into account the erodibility of the surrounding soils, slope steepness, and current land use. If possible, minimize the number and size of impervious surfaces in the surrounding landscape. Avoid habitat alteration within the slough and surrounding landscape. For example, roads should not be routed through the riparian buffer area. If the slough must be crossed, then bridges and boardwalks are preferred over filling and culverts. Restore past impacts, such as removing obsolete impoundments and ditches in order to restore the natural hydrology. Prevent the spread of invasive exotic species into the backwater slough through appropriate direct management, and by minimizing potential dispersal corridors.

Research is needed to fill information gaps about backwater sloughs, especially to advance our understanding of their classification, hydrology, floristic variation, and characteristic fauna.

This community is currently known from the central Adirondacks and the Lake Ontario Lake Plain, but may also occur along other larger rivers across the state.

This broadly-defined community may be worldwide. Examples with the greatest biotic affinities to New York occurrences are estimated to span north to southern Canada, west to Minnesota, southwest to Indiana and Tennessee and southeast to Georgia.

A backwater slough consists of the aquatic community of quiet to stagnant, typically warm waters located in embayments and old meanders. Although classified as part of a riverine system, many hydrological characteristics resemble those of lacustrine communities. Examples of this river type may be relatively short-lived in dynamic river complexes, transforming into oxbow lakes through permanent formation of downstream levees or into associated river types through permanent breaching of the upstream levee. Four to seven ecoregional variants are suspected to exist in New York and differ in dominant and characteristic vascular plants, fishes, mollusks, insects, and birds as well as in water chemistry, water temperature, underlying substrate type, surrounding forest type and associated stream type.

Known examples of this community have been found at elevations between 535 feet and 1,731 feet.

The best time to view the diversity of emergent plants in a backwater slough in bloom is in the summer, from June through August. 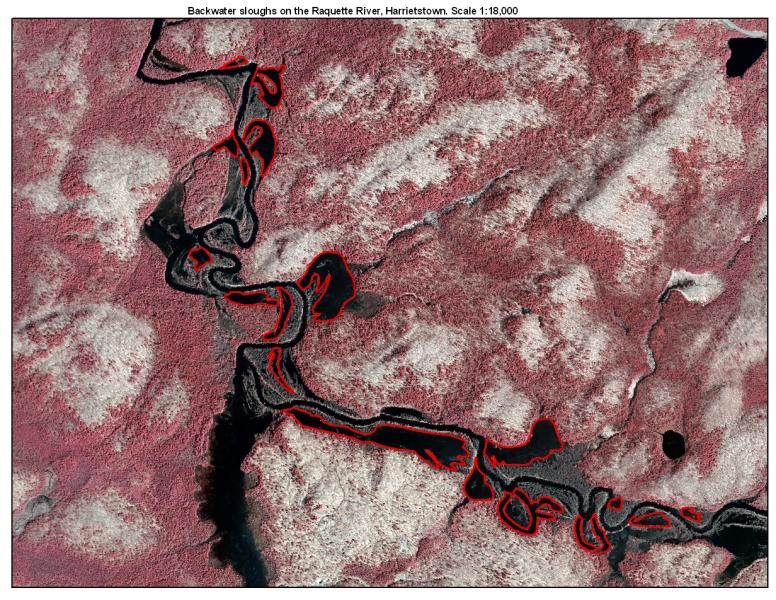 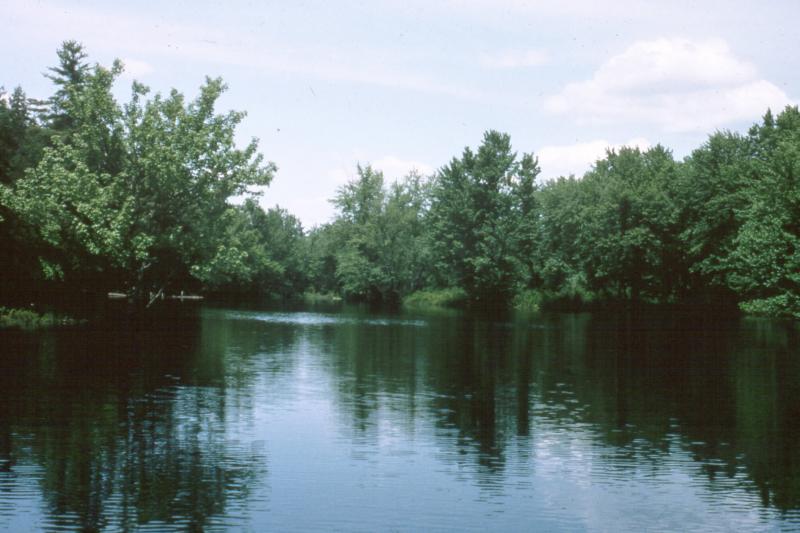 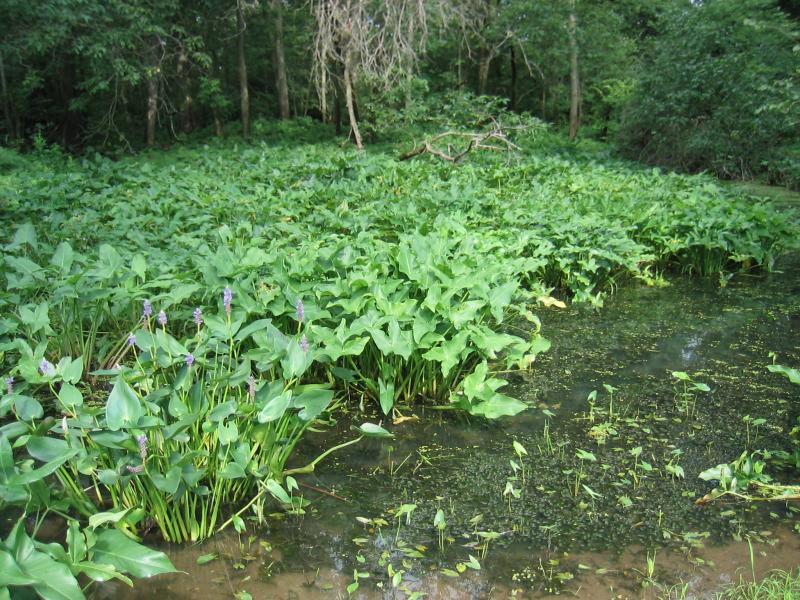 This figure helps visualize the structure and "look" or "feel" of a typical Backwater Slough. Each bar represents the amount of "coverage" for all the species growing at that height. Because layers overlap (shrubs may grow under trees, for example), the shaded regions can add up to more than 100%.

Information for this guide was last updated on: March 2, 2017