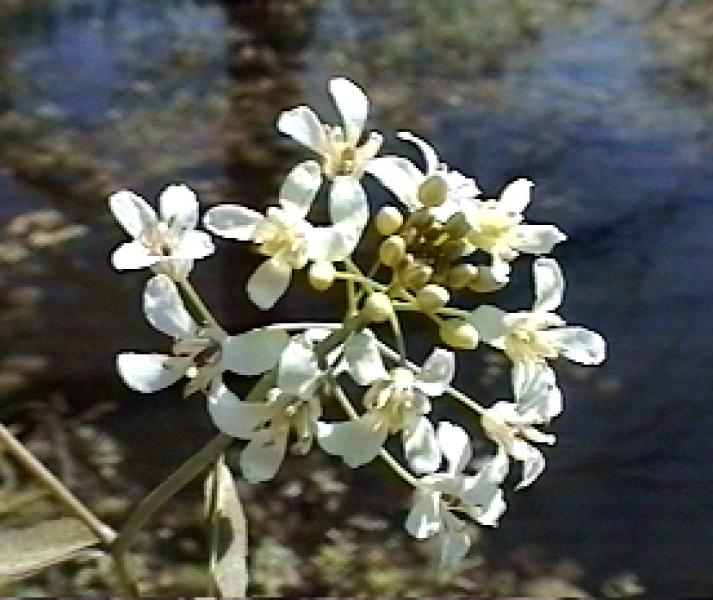 Lake-cress appears to be sterile, reproducing only vegetatively, at least in the natural populations studied so far. It can produce clones from rhizomes, from "gemmipary" (using specialized buds on the leaf bases which can detach and produce plantlets), or from fragmentation . Fragments of stem or leaf break off easily, and may produce an entire new plant if they lodge in an appropriate substrate. Northern populations (including those in New York) may flower but have never been observed to produce seeds (Gabel and Les 2000).

There are 12 verified occurrences, and only two of these are ranked better than "fair". There are many historical occurrences which have not been inventoried.

There is little quantitative data on many of the verified occurrences for this species.Re-visits to known sites are needed to determine short-term population trends.

Lake-cress has been recently verified at several historical sites where it was originally documented 80 to 100 years ago or more. Additional historical locations need to be checked to determine the long-term trends of this species in New York because it is in decline or has been extirpated elsewhere in other northeastern states (Gabel and Les 2000).

Grazing and trampling by cows are a threat at one verified site, and salting of an adjacent road is a threat at another. Eutrophication and/or treatment with aquatic herbicides are other potential threats.

Sites should be protected from agricultural runoff, to prevent eutrophication. Aquatic herbicides should be avoided where the species is present.

Lake-cress is known from scattered locations in Central and Western New York, and eastern New York north of the Mohawk Valley.

Lake-cress is found in Texas and across the southern states to Florida, and northward through the Mississippi and Ohio River Valleys, extending north and east to Ontario, New York, Massachusetts, and Vermont. It is a species of conservation concern throughout much of its range.

Neobeckia aquatica is a rooted perennial aquatic herb. Its prostrate, submersed or erect stems may be up to 1.5 m long, but seldom exceed 1 m in length when growing submerged or when in flower. It often is found as only a basal rosette growing in mucky shoreline substrates (Gabel and Les 2000). Submersed leaves are usually deeply dissected, whereas emergent leaves are generally entire with serrate or smooth margins. The leaves of lake cress are weakly attached to their stems and are readily stripped from plants by the surface tension of the water or other physical disturbance. The flowers are rarely seen. They are borne in racemes up to two feet in length, and have 4 white, clawed petals 6-10 mm long. They mature into elongate fruit called siliques, which are obovoid and lacking or mostly lacking a central partition with a persistent style 5-12 mm long.

Lake-cress is most easily recognizable in flower but can also be identified from the leaves.

Its 4-petaled flowers (typical of mustards) distinguish Lake-cress from most aquatic plants, but Lake cress is seldom found in flower. Vegetatively, the species might be confused with Ceratophyllum spp., Myriophyllum spp., Proserpinaca palustris, and aquatic Ranunculus spp. Neobeckia aquatica plants have roots and an alternate leaf arrangement (easily distinguishing it from most Myriophyllum and Ceratophyllum spp.), with dissected leaves that have their divisions further subdivided (Proserpinaca never has any divisions subdivided). In addition, lake cress has a definite central axis that should clearly distinguish it from aquatic Ranunculus and Utricularia species. (Voss 1985). It is also possible to confuse this species with the highly dissected submerged leaves of Sium suave rosettes, but all the leaves of S. suave have sheaths, and its above-water leaves are quite different.

The vegetative parts of Neobeckia are present from late May through early October, and the flowers from mid-June through mid-September, the fruit persists into September and October.

The time of year you would expect to find Lake Water Cress flowering and fruiting in New York. 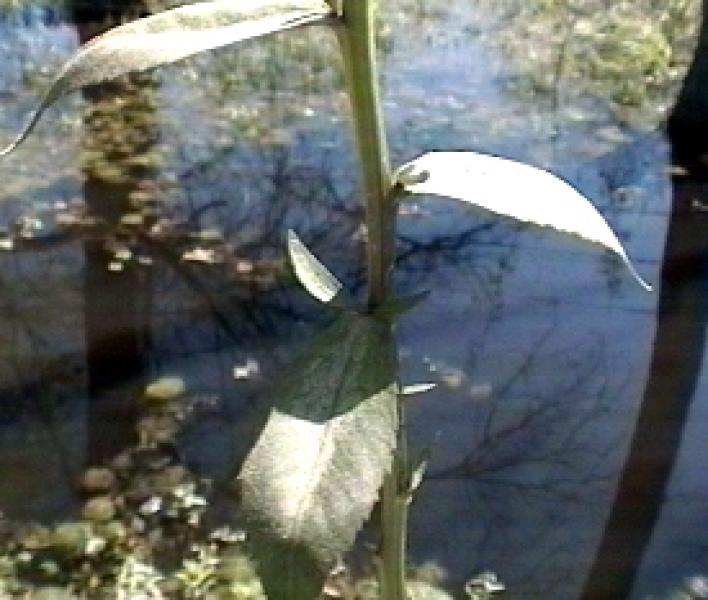 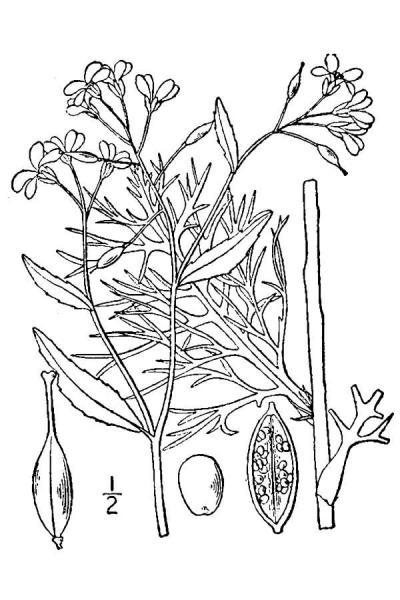 Some plant guides may list Lake-cress by the older name Armoracia aquatica. The genus Neobeckia is no longer recognized in the family. This species has been put with 6 different genus names.

Smith, E.B. 1988b. An atlas and annotated list of the vascular plants of Arkansas. Second edition. Univ. Arkansas, Fayetteville. 489 pp.