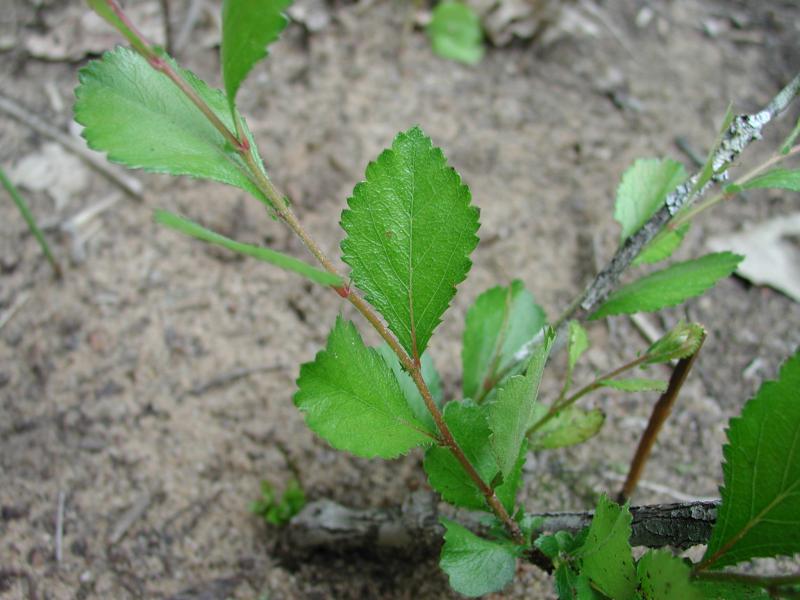 There is one existing population in a state park but it is under stress by deer browse and may not be viable. There are six historical occurrences.

One small shrub barely continues to survive on Staten Island.

This shrub has always been very rare in New York but apparently populations have declined on Long Island since no plants have been found in recent decades.

Browsing by deer and inadvertent trampling by humans are threats to the remaining population.

The remaining one shrub needs to be protected from deer and humans by erecting a protective barrier.

Research is needed to figure out the best way to augment the surviving population.

The only known, current record of Dwarf Hawthorn in New York is from a sandy opening in a Staten Island coastal forest. (New York Natural Heritage Program 2010). Open woods and dry slopes (Rhoads and Block 2000). Usually in sandy or rocky ground (Gleason and Cronquist 1991). Sandy or rocky banks and woods (Fernald 1970).

It is currently known from one population on Staten Island with historical records in the Manorville/Yaphank area of Suffolk County. An 1895 specimen has also been identified from Chautauqua County.

This shrub is most common in the southeastern United States from Texas and Oklahoma east to Missouri, Kentucky, Ohio, Pennsylvania, and New Jersey. Its northern limit is reached in New York where it is rare.

Dwarf hawthorn is a slender shrub growing up to 2 meters tall. Its twigs have long (2 to 7.5 cm) sharp thorns, and are slender and soft-hairy when young. The leaves are alternate, toothed, and obovate to elliptic or spatulate, shiny above and hairy on the veins below. They are borne on short (2 to 5 mm) hairy petioles. The flowers have 5 white petals, and are borne singly (or rarely in clusters of 2 or 3). The 5 green, toothed sepals persist at the top of the fruit, which are greenish-yellow or red pomes (Gleason and Cronquist 1991).

This shrub can be identified when it is in leaf and also in fruit.

Dwarf Hawthorn flowers in May before the leaves emerge, and the fruits can remain on the shrubs through September.

The time of year you would expect to find Dwarf Hawthorn vegetative, flowering, and fruiting in New York. 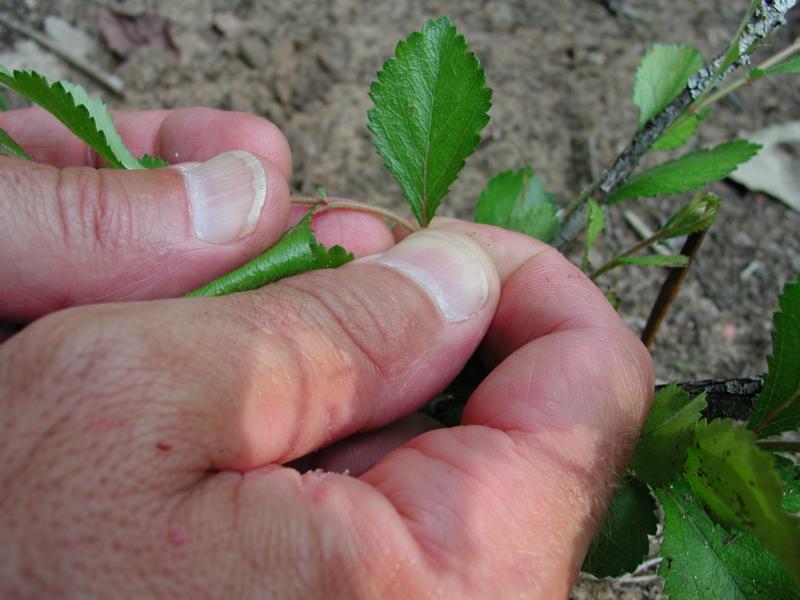 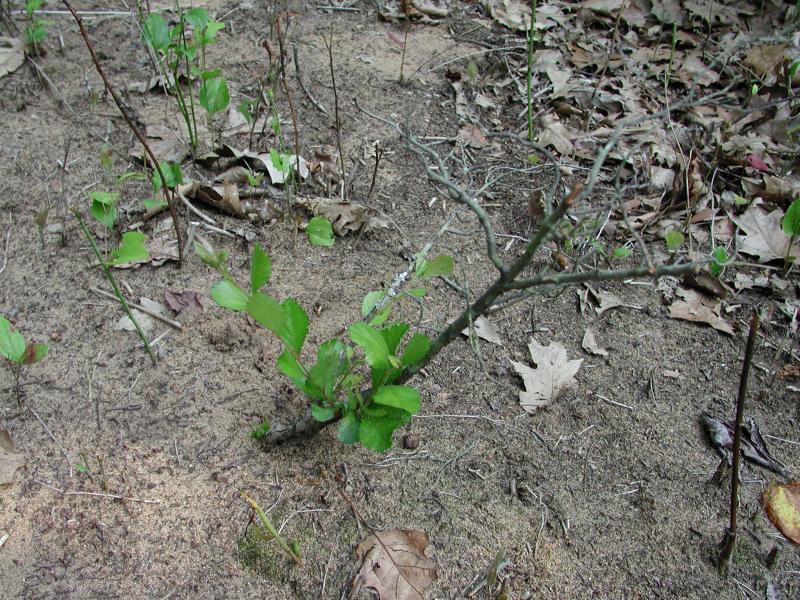