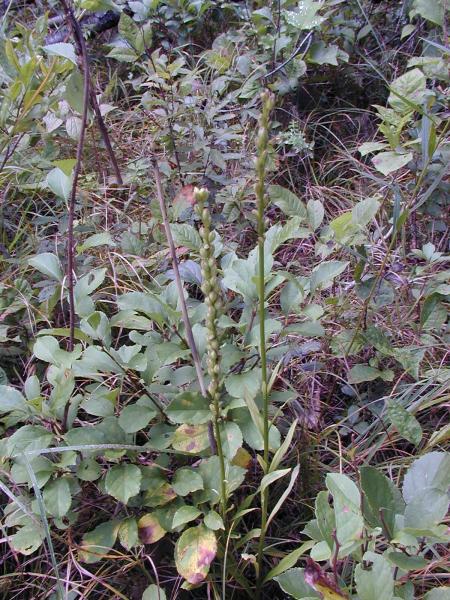 This plant has seen a severe decline in numbers over the last 100 years. One factor in its decline may have been the overcollection of its highly valued root which was used to cure many ailments. The legend goes that the devil was so envious of its curative properties that he bit off most of its rhizome leaving only the short rhizomes seen today, hence the name Devil's-bit. Its Latin name means dwarf yellow lily but this description may have come from a shriveled herbarium specimen since the plant is neither dwarf nor yellow.

While there have been as many as fifty populations historically present in the state, today we only know of seven populations. This severe decline is due in part to natural succession.

There has been a continual decline in numbers of plants in known populations over the past 10-25 years. The factors for this decline are not completely understood, but succession/canopy closure is probably a major reason.

There were approximately fifty historical occurrences known of this plant but presently less than ten are known. In the early 1900s, the roots of this plant were collected and sold for medicinal purposes. Collectors received 30 to 45 cents per pound. The amount of root stock collected from New York is not known and the impact from this collection is not known. This may be one of the reasons for the decline of the plant over the last 100 years. Another reason for the decline is likely due to habitat loss through succession, degradation, or destruction.

Many plants are threatened by succession and lack of additional habitat in which to spread. These long-lived plants can survive for many years under canopy closure, but they fail to reproduce. Should the plants be lost to competition, deer browse, picking, trampling, etc., there are no means for recovery once the canopy has closed.

Some populations have benefited from the creation of light gaps. At one site in the southern Hudson Valley where few to no plants were producing flowers, many trees were cut in order to create light gaps. The following season, many of the plants in this setting produced flowers and set seed. This resulted in the recruitment of juvenile plants. Using this site as an example, the other sites may also benefit from the controlled removal of select trees and shrubs.

More research is needed to determine factors affecting the amount and timing of flowering in New York populations. We would like to see a study that compares multiple light gap treatments to various control populations to determine the optimal canopy cover for flowering and recruitment.

This plant is historically documented from Rensselaer County south through the Hudson Valley and westward throughout the state south of the Adirondacks. While historically this plant has had a broad distribution, today it is only known from a few populations in western New York and the southern Hudson Valley.

Chamaelirium luteum occurs in eastern North America from Michigan and Ontario, east to Massachusetts, and south to Louisiana and Florida. It is relatively rare in the northern portion of the range and more common in Pennsylvania, Virginia, and North Carolina.

This attractive wildflower has a single flower stalk growing up to a meter tall from a rosette of 5-10 lance-shaped leaves 8-15 cm long. There are also a few narrow leaves along the flower stalk. Above these leaves is a long spike of tiny white flowers that are either male or female and turn yellow as they age. The female flowers mature into small, erect, oval, green fruits.

A dioecious (each plant is a either male or female) plant 25-95 cm tall with its basal leaves in a rosette. These basal leaves are elongate-spatulate to obovate, 8-15 cm long. The stem leaves are narrower and progressively smaller up the stem. Both male and female flowers are whitish, but drying to a yellowish color. These small flowers (2-4 mm) are in a slender spikelike raceme.

The best stage for identifying this plant is while it is in flower; however, it can be identified vegetatively.

When in flower, not likely to be confused with other species. Vegetatively, this may look like a number of other liliaceous plants to somebody not intimately familiar with this species.

Vegetative plants may be present from early spring to late fall. If the plant flowers, these flowers will begin to appear late-May and may persist to late July or even early August. The flowering stalks should persist into the winter. Surveys may take place anytime from early spring to late summer, but the plants stand out more in flower. Since the plants do not flower every though, surveys that target the flowers may be difficult. The recommended survey time is May and June.

The time of year you would expect to find Fairywand vegetative, flowering, and fruiting in New York. 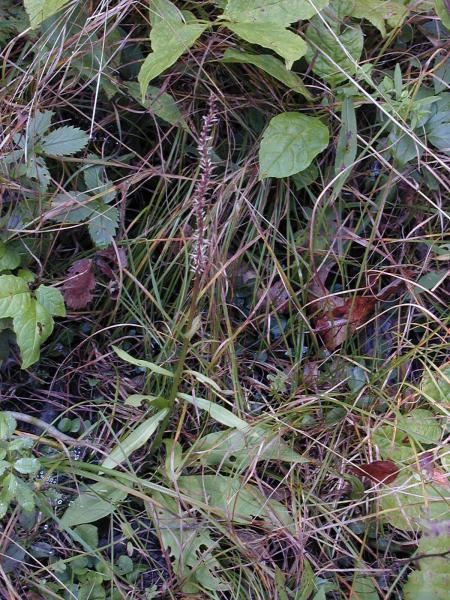 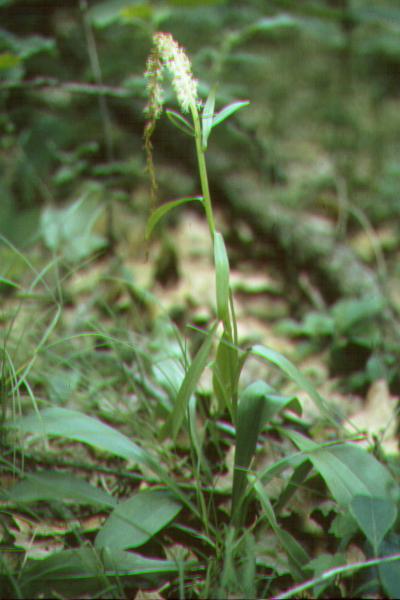