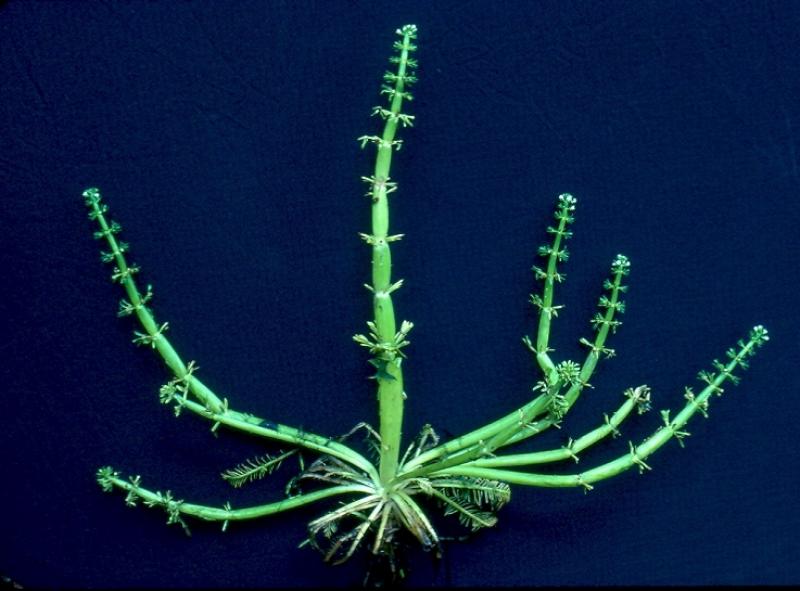 Now you see it, now you don't. Featherfoil may appear in great numbers in a pond in one year and be absent for one or many years after that. That may be due to its two-year life cycle or the washing away and reintroduction of seeds. Ducks and beaver seem to be most responsible for spreading the seeds around. The genus was named by Linnaeus for Petrus Hotton (1648-1709), a professor of medicine and botany at Leiden, Holland. The species name refers to the inflated stems that help it float.

There are 14 existing populations but only four of these have sizable numbers. Most populations consist of fewer than 100 plants and need more surveys to determine if they still exist. There are 12 historical occurrences, some of which are considered extirpated.

There has been some decrease in populations on Western Long Island and Staten Island but more populations have been found further north into Westchester and Orange counties. Population numbers have been around 10 to 15 populations in the state over the last 100 years. There is little room for expansion in the ponds of Long Island but if climate warms it may find more suitable habitat in upstate New York and expand its range and numbers.

The small unprotected ponds and vernal pools are threatened by habitat development and invasion by Japanese silver grass (Microstegium). The water levels of some of the wetlands may be affected by nearby development.

The water bodies where these plants grow need to be protected and buffers established to prevent hydrologic changes and direct development impacts.

More research is needed about its habitat preference. There are many wetlands that are of adequate size for this species to grow but it only occurs in a small proportion of these. Management techniques also need to be studied to discover the best way to preserve and augment populations.

In New York Featherfoil has been found in kettle ponds, vernal pools, coastal swales, and ponded portions of small streams. More habitat data are needed for many of the known occurrences (New York Natural Heritage Program 2007). Pools and ditches (Fernald 1970). Quiet shallow water or occasionally in wet soil, chiefly on the coastal plain (Gleason and Cronquist 1991).

Featherfoil is known in New York only from the lower Hudson Valley (as far north as Orange County), New York City, and Long Island.

Featherfoil is found along the Atlantic Coastal Plain from Maine to Florida, as well as in the Mississippi Valley from Louisiana, Texas, and Oklahoma north to Missouri, Illinois, Indiana and Ohio. It is a species of conservation concern in most of the states in which it is found. It is absent from Canada.

Featherfoil is an aquatic herb, rooting in still, shallow water, with mostly submersed stems up to 50 cm long. Its leaves are dissected (feather-like) and crowded just beneath the floating flowering stalk. The flowers are white, the corolla 4-5 mm long, and emerge in groups of 3-10 at each node of the inflated flowering stalk.

This species is sufficiently unique to be identified at any point during its life stage when the plant is readily visible, though it is most conspicuous when the floating flowering stalk is present.

Featherfoil flowers from late May to early July, the fruits persisting into August.

The time of year you would expect to find American Featherfoil vegetative, flowering, and fruiting in New York. 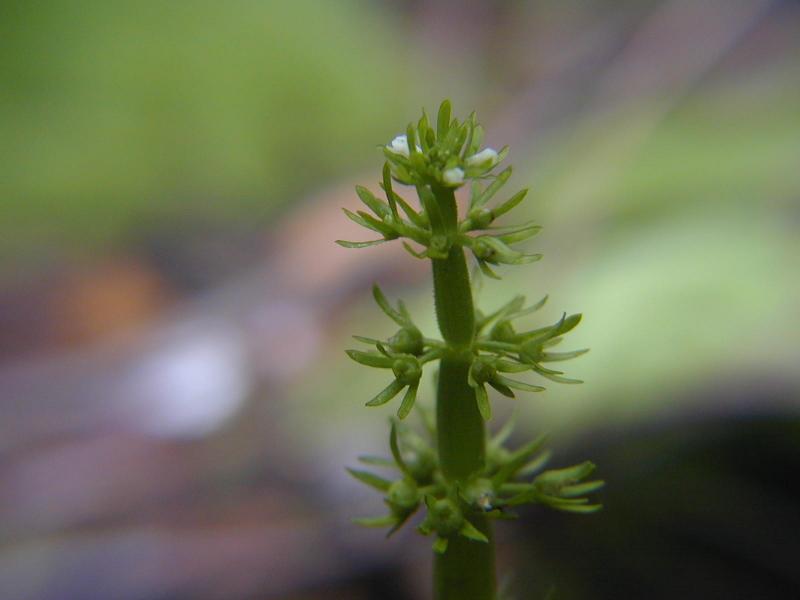 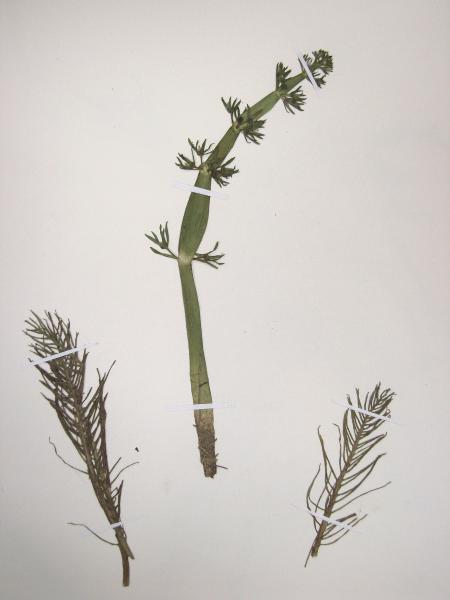 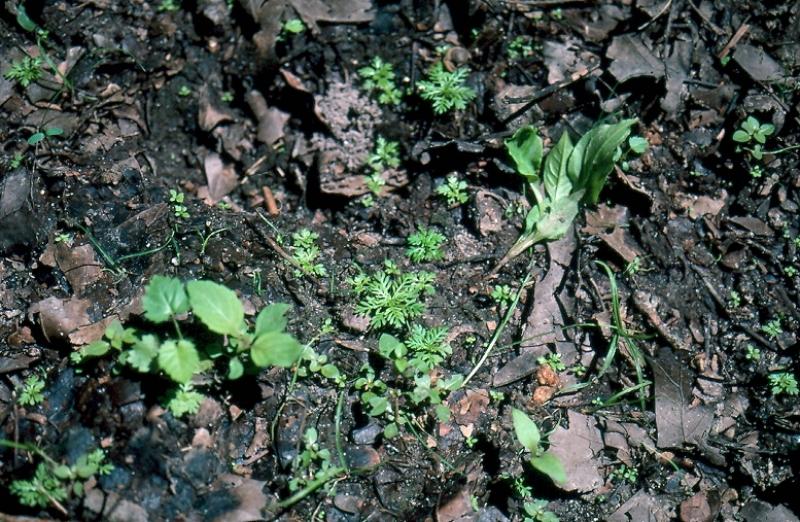 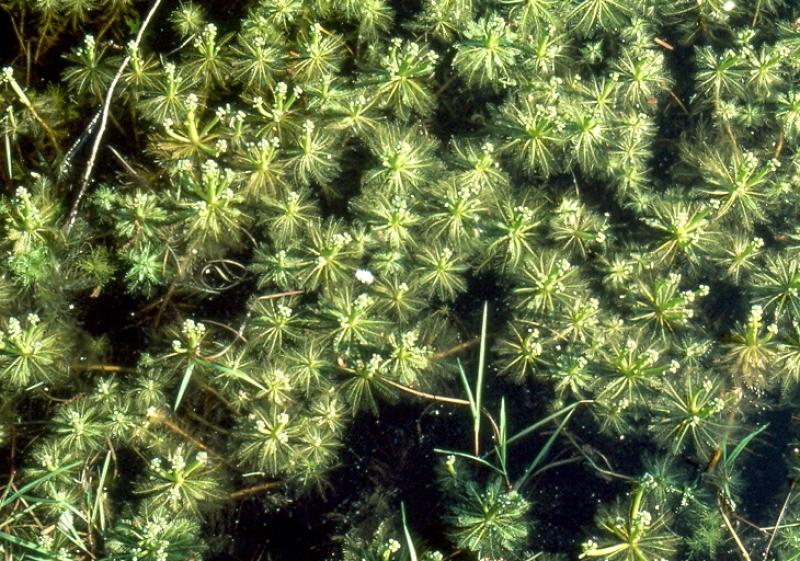 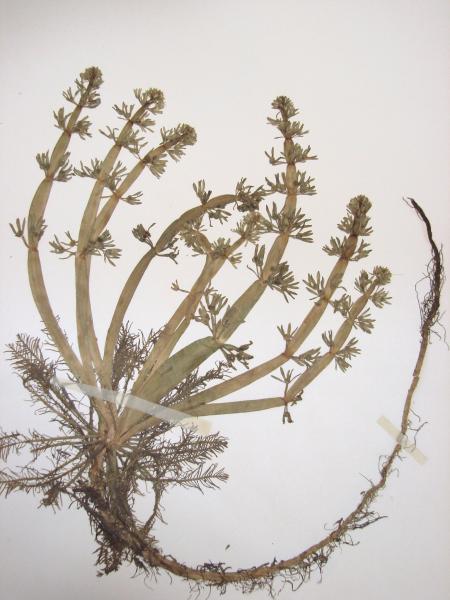 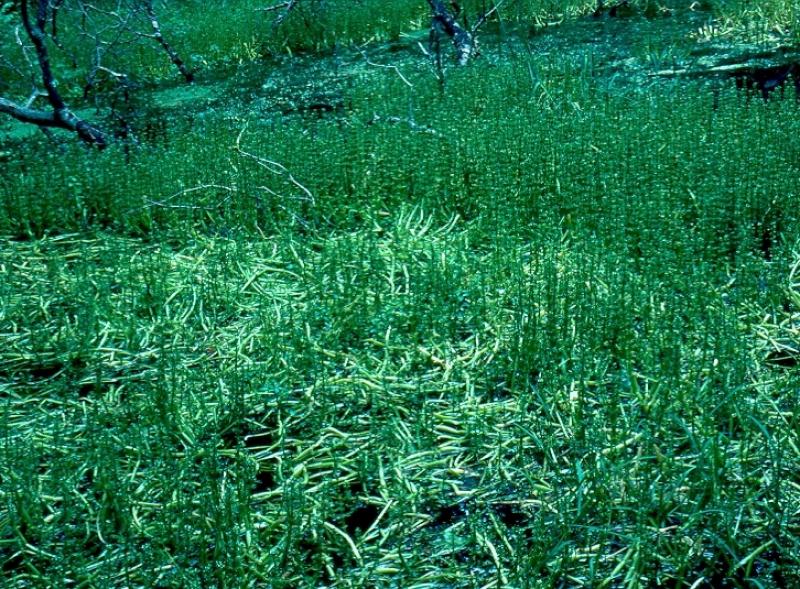 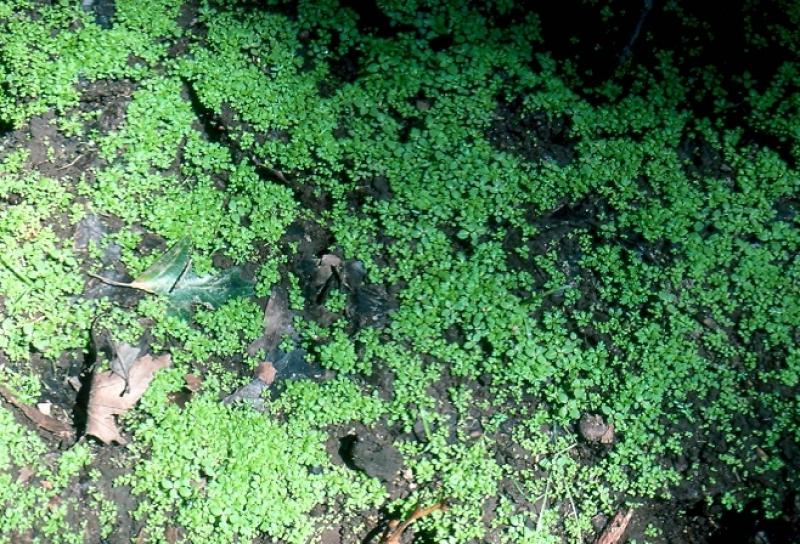 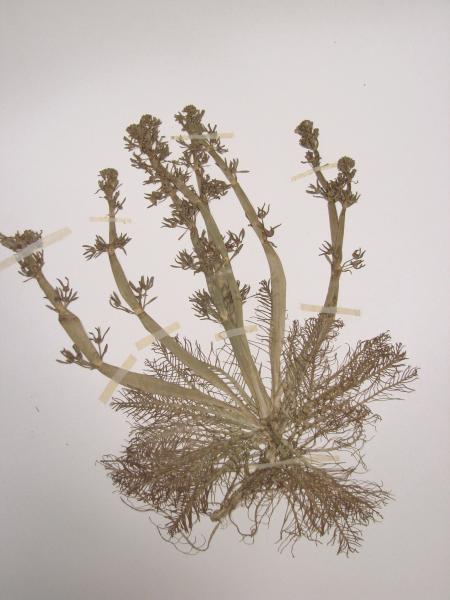