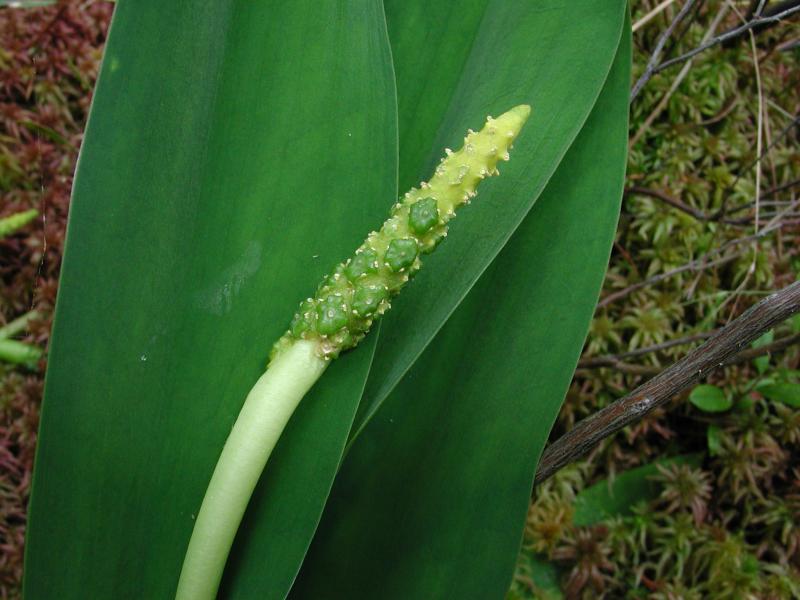 Golden club really has a split personality when it comes to habitats. It occurs in two very different wetland habitats in New York; in freshwater intertidal mud flats and marshes and also in the peat moss of a few shrub bogs. This is the only species in the genus and, unlike the related jack-in-the-pulpit, this genus has only a Jack and no pulpit! The starch in the rhizomes and seeds is edible once it is boiled (Mabberley 1987).

There are 13 existing populations but only two of these are in Sphagnum bogs and not in freshwater tidal areas. About half of the populations are in good to excellent condition. There are seven historical records from Long Island that are probably extirpated.

Short-term trends are good as existing populations have not seen a decline over the last 20 years.

There has been a decline in populations on Long Island as the area has been developed but most of the historical records from the 20th-century continue to exist today along with some new discoveries.

Most known existing sites for Golden Club in New York State are freshwater tidal marshes, swamps, and mudflats. However this species is also found in other quite different Sphagnum-dominated habitats in the state (and elsewhere), such as bogs, poor fens, and coastal plain ponds. Golden Club apparently is tolerant of a wide range of acidity and exposure to light, though all of the sites it is known from are habitats of still, shallow water (New York Natural Heritage Program 2007). Sandy, muddy or peaty shores and shallow water (Fernald 1970). Swamps and shallow water, especially on the coastal plain (Gleason & Cronquist 1991).

Golden Club reaches its northern limit in New York and Massachusetts, and is found mainly along the coast south to Florida and west to Texas, but also inland to Tennessee, Kentucky, West Virginia, and Pennsylvania.

Orontium aquaticum is a perennial, rooted aquatic plant growing from stout rhizomes. It has spreading (sometimes reclining or floating), strap-like (6-20 cm long and a third as wide), basal leaves only, these are also parallel-veined. The many bright yellow flowers are borne on the upper portion (2-5 cm) of a single fleshy, erect white stalk (the spadix) 20-40 cm tall.

Orontium aquaticum looks like nothing else in our state.

Golden Club flowers from mid-April through June, with vegetative leaves and fruits persisting until first frost.

The time of year you would expect to find Golden Club vegetative, flowering, and fruiting in New York. 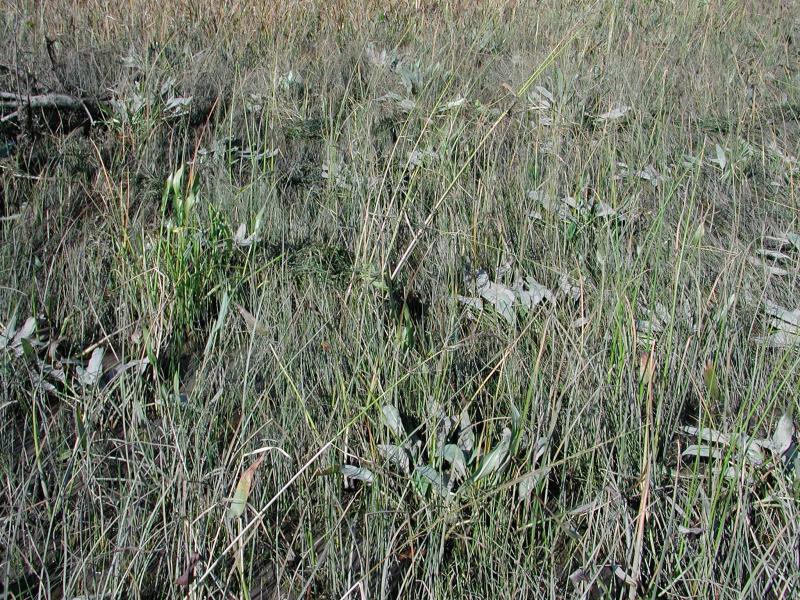 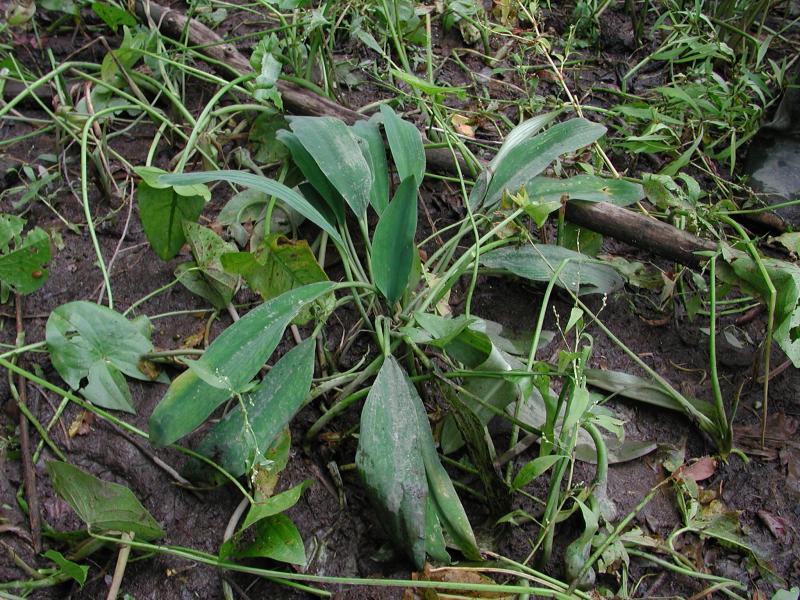 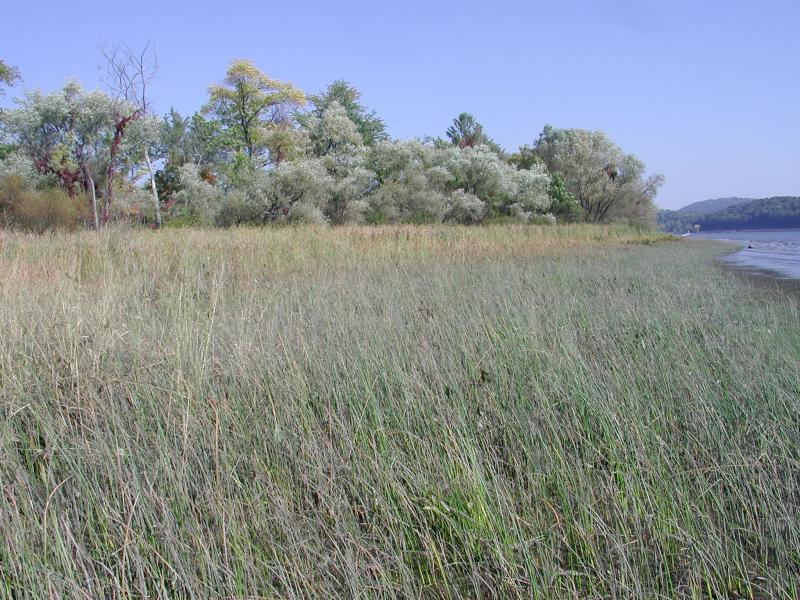 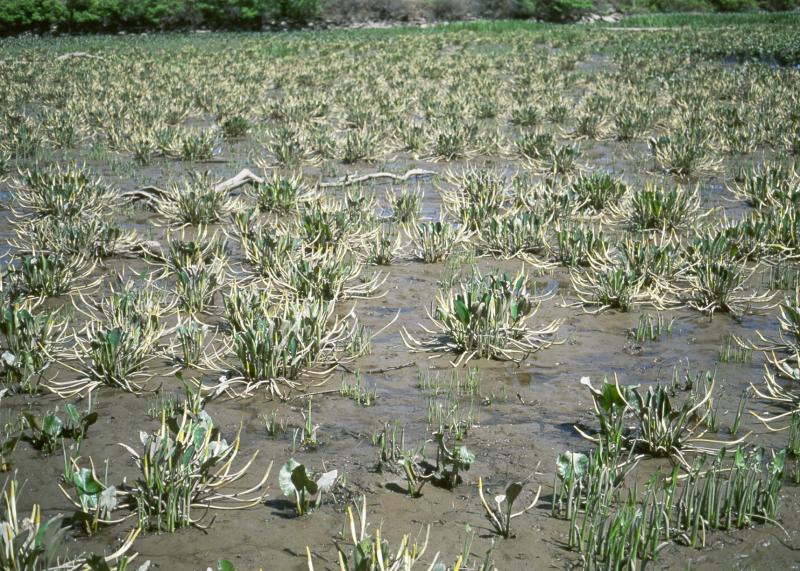 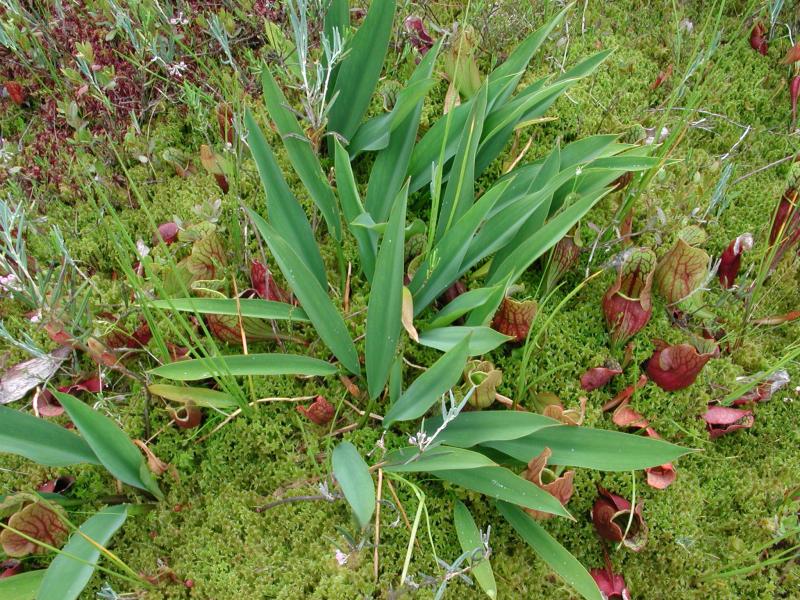