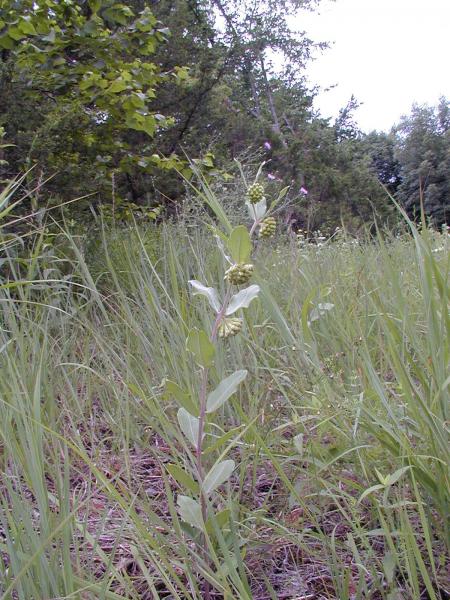 The green milkweed plants on Long Island are the easternmost populations in the United States. This is the only milkweed in New York with drooping pincushions of many green flowers.

This milkweed is limited to serpentine and calcareous rocks in southeastern New York where it reaches its northern limit. Many of the populations are threatened by development, the spread of various invasive plants, and uncontrolled natural succession typically due to fire suppression. There are 14 known populations with half of these containing ten or fewer plants. With no additional populations expected and the threats mentioned above, we fear that the number of known populations will decrease over time.

This milkweed has always been rare in New York. Most of the known populations seem stable, but there are some locations with low numbers of plants that need to be resurveyed.

The number of known populations of this plant in New York has been relatively constant over time with a few historical sites disappearing and a few new sites discovered.

The most serious threat to this plant is the lack of continuous disturbance to keep the habitat open and prevent succession. Many of the sites do not have active management plans to help this plant persist. Another threat is the lack of adequate buffers around the natural areas to prevent overdevelopment.

Succession and invasion by exotic plants should be managed with fire and other tools. Considering that a large percentage of the known populations are found on the geographically-limited serpentine bedrock formations, all effort should be made to protect these small sites.

This milkweed is known from scattered locations within the Harlem Valley, Staten Island, and west-central Long Island. It is most abundant on the serpentine outcrops of Staten Island.

A milkweed known from Connecticut and southern New York, west to Michigan and Manitoba, and south to Georgia, Arizona and northern Mexico. It is more common in the western portions of the range.

This is an erect milkweed up to 80 cm tall. Along the stem, opposite each other, there are 8-24 stiff, egg-shaped leaves that are slightly hairy on the top and almost hairless on the bottom. The pale green, tubular flowers are arranged in tight, drooping clusters along the top part of the stem.

A milkweed with stiff leaves and erect stem up to 80 cm tall. The leaves are thinly hairy to glabrate beneath. Usually there are 8-24 leaves, many or all opposite. These leaves are lanceolate to linear to broadly oblong. The flowering umbels are subsessile, axillary, and very compact with numerous flowers. Each flower is 9-13 mm long and pale green in color. The crown is sessile, about equaling the anthers. The hood is absent, an unusual character for milkweeds.

The unique features of this milkweed allow one to easily identify it in a flowering, fruiting, or even vegetative state. Identification is easiest when flowers are present.

This milkweed is rather unique among Asclepias. It is often placed in its own genus (Acerates) with a few other milkweeds (none within New York's flora) that lack the horn on the corona hood.

This milkweed flowers from early July though August with fruits persisting into October. The ideal survey time is July through September.

The time of year you would expect to find Green Milkweed vegetative, flowering, and fruiting in New York. 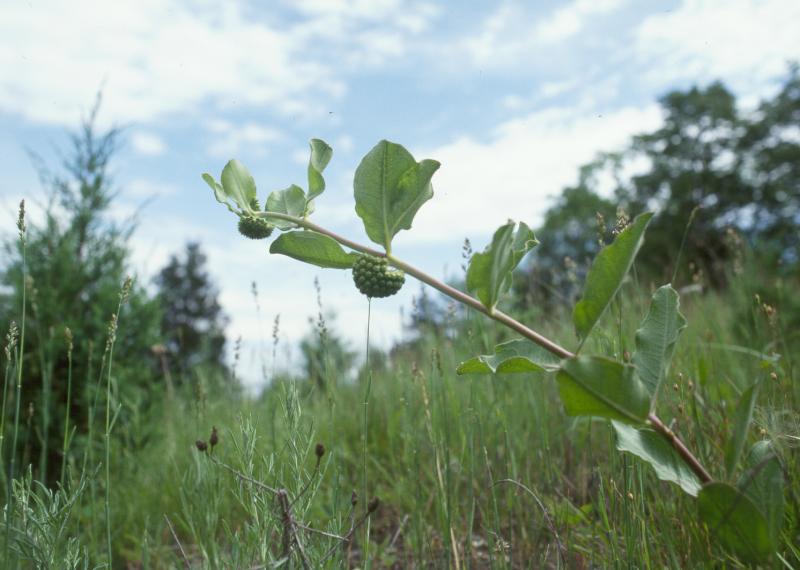 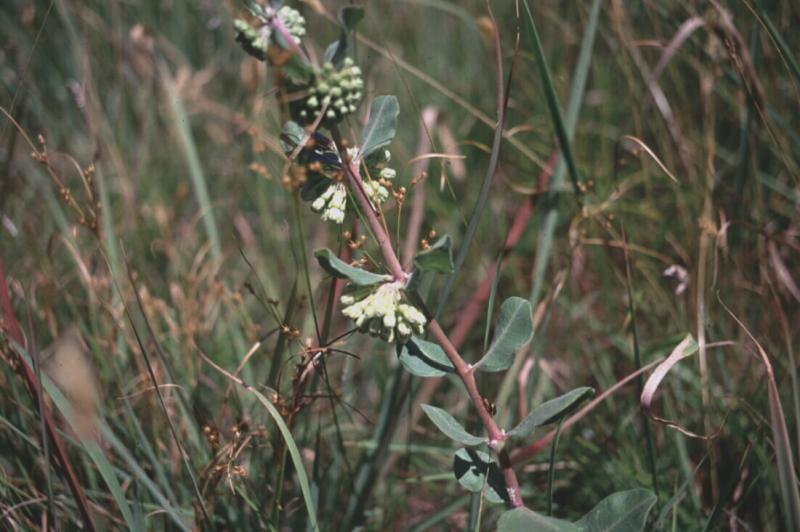