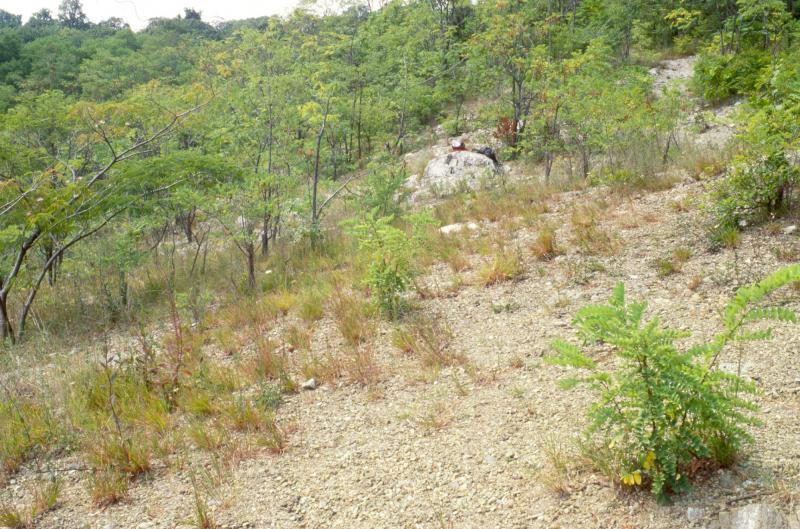 Serpentine is a light green bedrock that is thought to have been forced from the earth's core 450 million years ago during plate shifting activity. The green color is due to the high concentration of magnesium in the rock. The community is found in only a few places in the world and in New York it is only found on Staten Island. As it weathers, most of the rock dissolves. Soils poor in nutrients and high in nickel and chromium metals that are toxic to most plants and animals remain. Therefore, the ecosystem is sparsely vegetated and is not able to support commercial crops, hence the name "barren." However, some plants have found a competitive advantage and thrive in this nutrient poor soil.

There are only about five remnant occurrences in New York State totaling less than 40 acres. All sites are fair to poor quality. This community is limited to the regions of the state underlain with serpentine bedrock on Staten Island. The current trend of this community is probably stable in its current condition for occurrences on private conservation land and public land, or declining slightly due to moderate threats that include wildfire suppression, invasive plants, excessive ATV use, and trash dumping.

The acreage of serpentine barrens in New York have probably declined slightly in recent decades due to fire suppression, invasive plants, disturbance by off-road vehicles, trash dumping, and development.

The acreage of serpentine barrens in New York have probably had very large declines from historical numbers due to fragmentation, development, and fire suppression.

The threats to the serpentine barrens natural community type come mostly from its location in a dense urban environment. Among the major threats are erosion from trails (both hiking and biking) and off-road vehicle use. In addition, threats include illegal dumping of trash and debris and increased pressure from development. This community is also a "fire dependent" community meaning it requires periodic fires to maintain it's natural species composition. Because of its location in an urban environment, fires have been suppressed and the community is changing from a grassy-shrubland to trees. In addition, invasive species such as autumn olive, rugosa rose, and black locust are a problem.

Soils are very thin in and around this community and the effect of clearing and construction on soil retention and erosion must be considered during any development activities. Similarly, these soils are acidic and nutrient-poor and any soil enrichment (septic leach fields, and fertilized lawns) activities have a high probability of altering community structure and function. The open structure of this community is maintained by fire and presents a fire hazard to existing and proposed development.

Periodically inventory of the serpentine pavement barrens to keep occurrence data current. Species lists, both plant and animal, as well as plot data should be conducted on a regular basis.

Research is needed to determine the optimal fire regime for this community. The effect of prescribed burning needs to be evaluated. In addition, research is needed to evaluate the success of mechanical removal of woody plants in areas where fire is prohibited.

The range of this natural community in New York is currently restricted to Staten Island (Richmond County). The historical range may have extended to Manhattan Island (New York County). It is not reported in the state from outside New York City. New York City sites are at the northeast edge of range extending to central Maryland.

Although geologic serpentine formations can be found worldwide, the range of this natural community, with it's associated plant species, is small. This particular association occurs only in serpentine barrens located within Staten Island, New York and Chester County in Pennsylvania. This community may extend into Maryland as well.

Known examples of this community have been found at elevations between 40 feet and 240 feet.

A great time to visit this natural community is in late June and early July when purple milkweed (Asclepias purpurascens) showcases its beautiful red-purple blossoms. Another great time is in the fall when little bluestem (Schizachyrium scoparium), panic grasses (such as Panicum virgatum and P. philadelphicum), yellow Indiangrass (Sorghastrum nutans), and poverty-grass (Danthonia spicata) change colors. 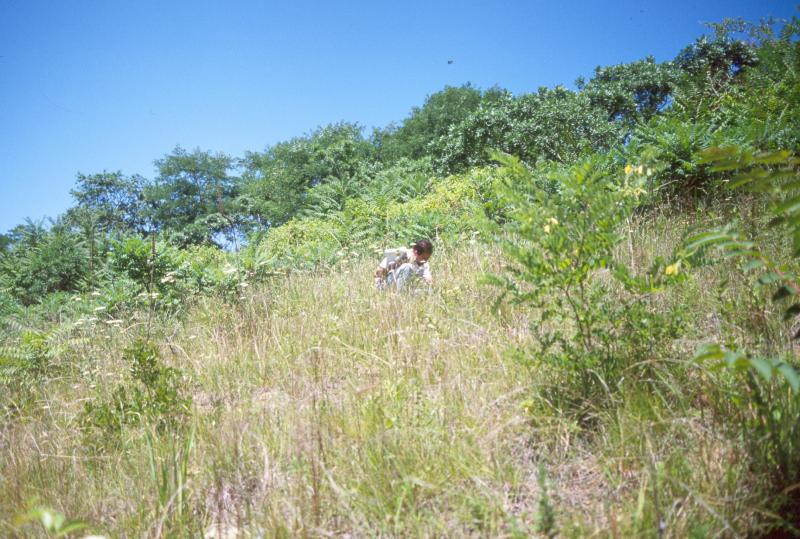 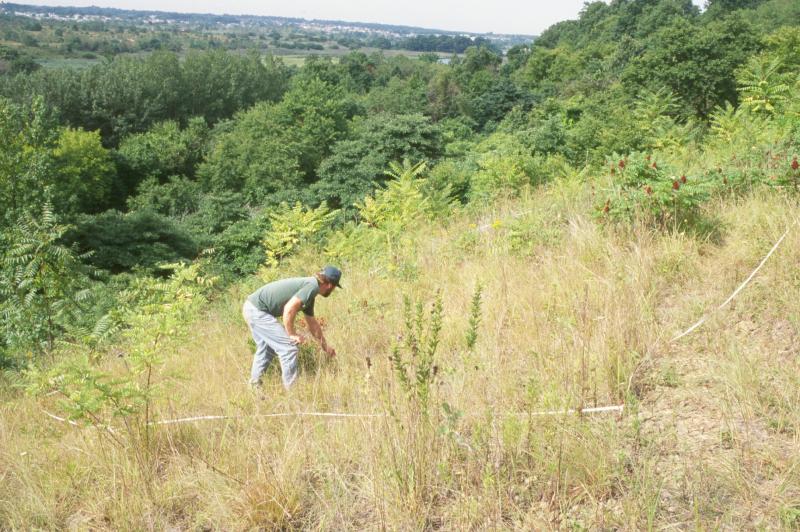 This figure helps visualize the structure and "look" or "feel" of a typical Serpentine Barrens. Each bar represents the amount of "coverage" for all the species growing at that height. Because layers overlap (shrubs may grow under trees, for example), the shaded regions can add up to more than 100%.

Miller, Gary L. 1977. An ecological study of the serpentine barrens in Lancaster County, PA. Proc. of the Pennsylvania Academy of Science 51:169-176.

Parisio, Steven. 1981. The genesis and morphology of a serpentine soil in Staten Island, New York. Proceedings of the Staten Island Institute of Arts and Sciences 31(1): 2-17.

Parisio, Steven. 1982. Uptake by plants of calcium, magnesium and nickel on a serpentine soil in Staten Island, New York. Proceedings of the Staten Island Institute of Arts and Sciences 32: 70-76.

Reed, C.F. 1986. Floras of the serpentinite formations in eastern North America, with descriptions of geomorphology and mineralogy of the formations. Contr. of the Reed Herbarium no.30. Smithsonian Institution, Baltimore, MD. 858 pp.