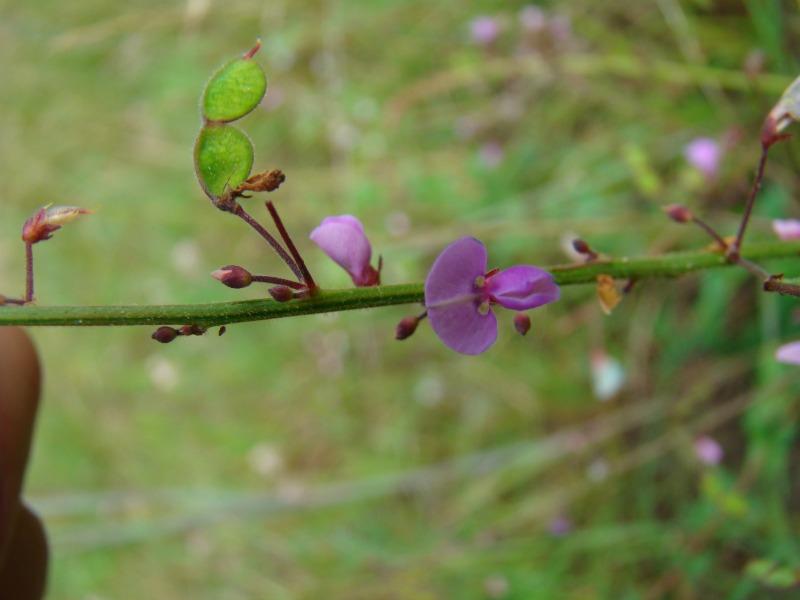 Little-leaf Tick-trefoil has the shortest leaflets of any Desmodium in New York State. Historical records show the species occurring across the state south of the Adirondacks in open sandy areas, similar to the areas where blue lupine is found. It should be looked for where lupine has been seen. Presently it is known only from Long Island and the Syracuse and Rochester areas.

There are 16 existing populations, but only 3 of them have more than 100 plants, although the largest has more than 5000. There are 49 historical occurrencess and many have not been checked.

The larger populations seem stable, but three smaller populations were not rediscovered in recent surveys and most likely have been extirpated.

There are many historical records which have not been rechecked, so the true long-term trend is unknown. The larger populations will probably remain viable into the foreseeable future.

Since many of these populations occur within small natural areas they are threatened by direct development, indirect consequences of development such as increased human use of trails and dumping, and by the failure to control invasive species such as white sweet clover and autumn olive.

The amount and type of disturbance needed by this species should be studied.

This herb has been collected throughout most of the state south of the Adirondacks, but most current records are known from Long Island.

Desmodium ciliare reaches its northeastern limit in New York and Massachusetts. It extends west to Michigan, Missouri, and Kansas and south to Texas and Florida.

Little-leaf Tick-trefoil is a perennial herb species of the pea or legume family (Fabaceae). It has erect stems from 0.4 to 1.0 meters tall, with long, spreading hairs. The clover-like leaves are compound, divided into 3 leaflets, and on petioles 2 to 10 mm long (and also spreading-hairy). The leaflets are 1.5 to 2.5 cm long, ovate-oblong to oval, blunt, and range from sparsely hairy to nearly glabrous. The flowers have the familiar "winged" shape of the pea family, and are 4-5 mm long (Gleason and Cronquist 1991). Their color may range from nearly purple to nearly white. The fruit separate into seeds covered with tiny, hooked hairs, well-dispersed by human socks and pant-legs.

Stems with both leaves and flowers are needed to identify this species.

Desmodium marilandicum has essentially glabrous leaves, and its petioles equal the lateral leaflets (1.2-2.7 cm long), while D. ciliare has pubescent leaves with the terminal leaflet longer than the petiole.

Little-leaf Tick-trefoil flowers from mid-July to mid-September, and the fruits persist until the first frost.

The time of year you would expect to find Hairy Small-leaved Tick Trefoil vegetative, flowering, and fruiting in New York. 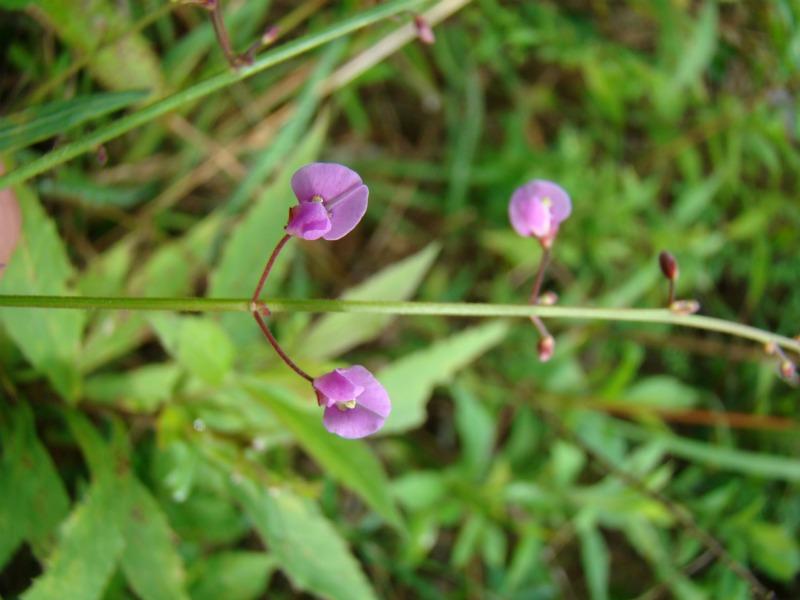 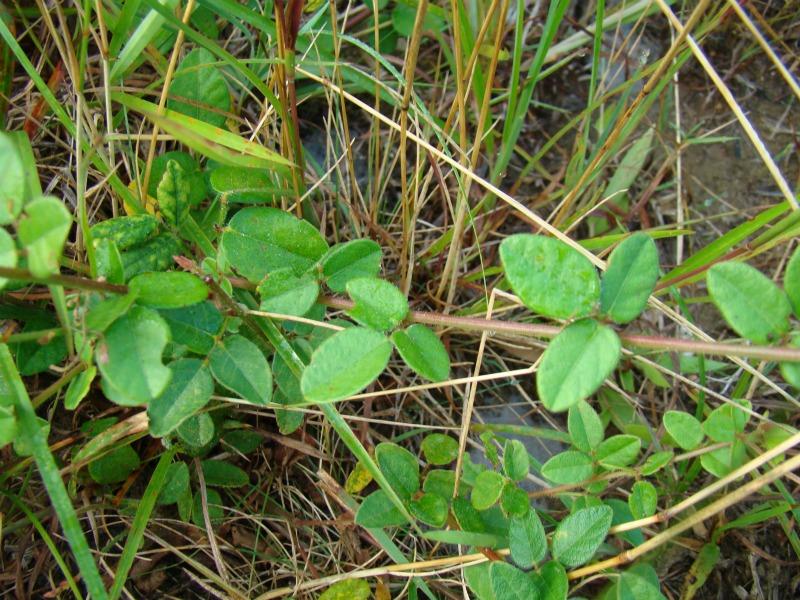 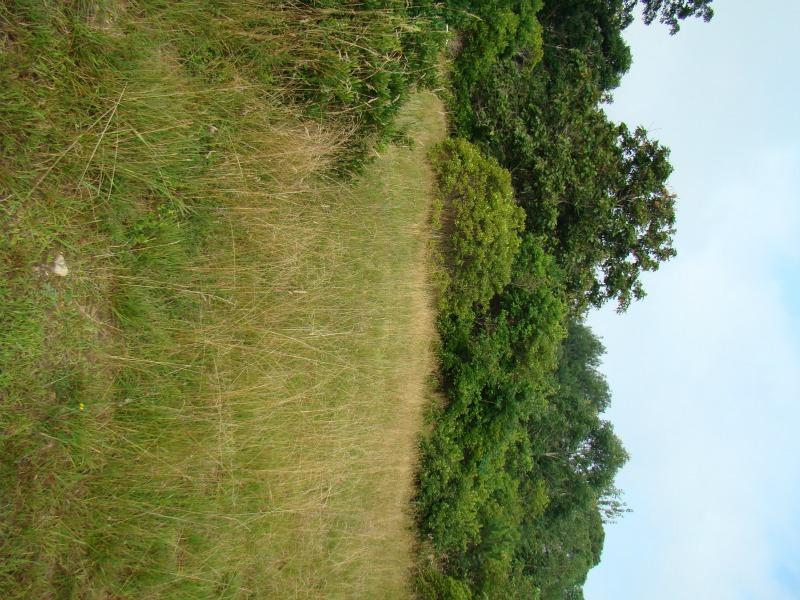