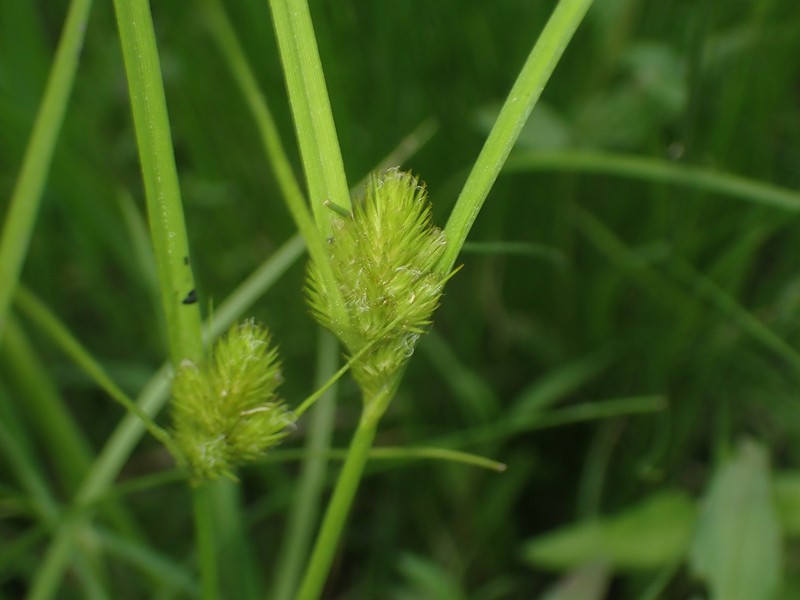 The specific epithet sychnocephala means many headed (Fernald 1970). While this species has 3-8 spikes this is not "many" compared to other closely related species.

There is a single extant population and only six historical populations. This was last collected from New York in 1935. New York is this species' southeastern range limit.

Short term trends are unknown because the lone extant population was discovered in 2022 and no other populations have been seen in over 70 years.

One population is believed to be extirpated because the site where it occurred has been permanently flooded. There are about five other populations that have not been seen in over 90 years. Dedicated surveys to these sites have not been conducted so, it is unknown if they are still extant. Long-term trends are not clear but indicate that this species is at least moderately declining in New York.

A single population was discovered in a disturbed wetland in 2022. Current threats are unknown.

The disturbed draw-down wetland where the exant population exists should be protected from additional disturbance.

Historical populations should be surveyed and similar habitat to the extant population should be sought and searched in St. Lawrence County.

Six populations of Carex sychnocephala have been documented from New York, all from the western part of northern New York. New York is at the southeastern edge of this species' range.

Carex sychnocephala is a tufted grass-like plant. It is a perennial although sometimes it grows as an annual which is unusual for this genus. Leaves are 1.2-3.0 mm wide. Reproductive stems are 8-40 cm tall and have at most three leaves. At the summit of the stems are 3-8 densely arranged flower/fruit clusters (spikes). Leaf like bracts, to 25 cm long occur at the base of each spike. Male flowers occur on the lower part of each spike and female flowers/fruits occur on the upper part of each spike. Fruits (perigynia) are 4.6-7.3 mm long.

Carex sychnocephala is tufted, has very inconspicuous rhizomes, and fibrose roots. It is a perennial but sometimes grows as an annual. Reproductive culms are 8-40 cm tall and have bladeless leaves at their bases. The inflorescences are composed of 3-8 approximate, or the proximal slightly distant, gynecandrous spikes. Proximal bracts are 5-20(-25) cm long and are at least (3-)5 times as long as the inflorescences. Pistillate scales are shorter or longer than the perigynia they subtend. Perigynia are flat and narrowly winged, 0.1-0.15(-0.2) mm wide, on their margins. Perigynia are (4.6-)5.5-7.3 mm long and 0.7-1.2 mm wide.

This species is easiest to identify when it has just immature to mature fruits but the fruits are not yet easily shedding.

Carex sychnocephala is superficially similar to members of section Ovales. It can be distinguished from these species by its leaf like proximal bracts, 5-20(-25) cm long, that are at least 3-5 times as long as the inflorescences. Additionally, it has very narrow perigynia, 0.7-1.2 mm wide, which separates it from most species in section Ovales.

Fruits start to form in July and can be found on the plants through August. At the end of this season the fruits are shedding. Therefore, the best time to survey for this specis is from the second week in July till mid August.

The time of year you would expect to find Many-headed Sedge fruiting in New York. 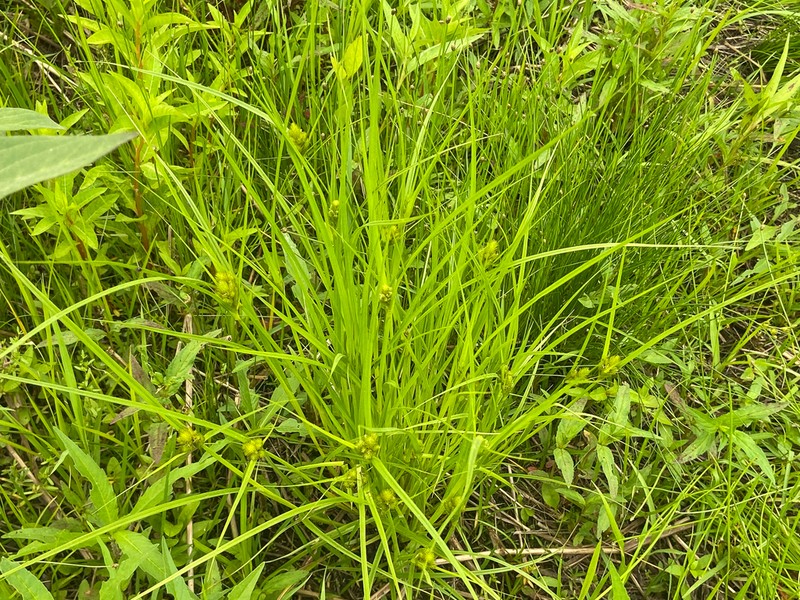 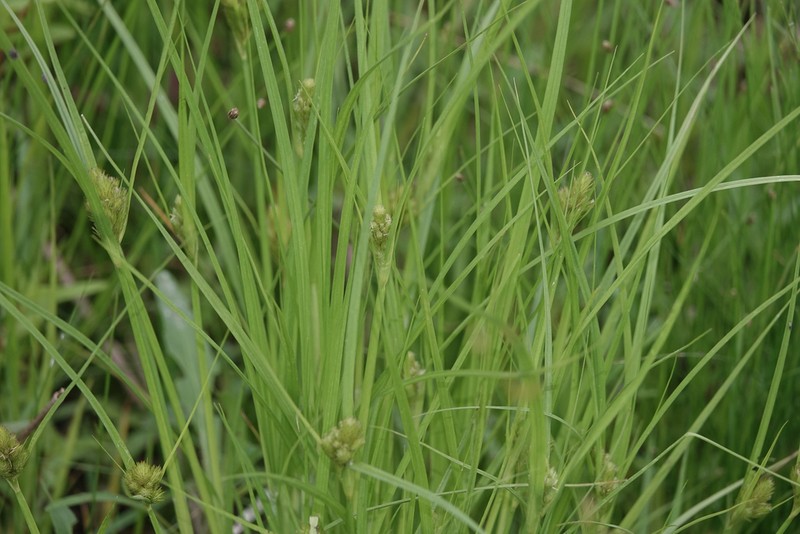 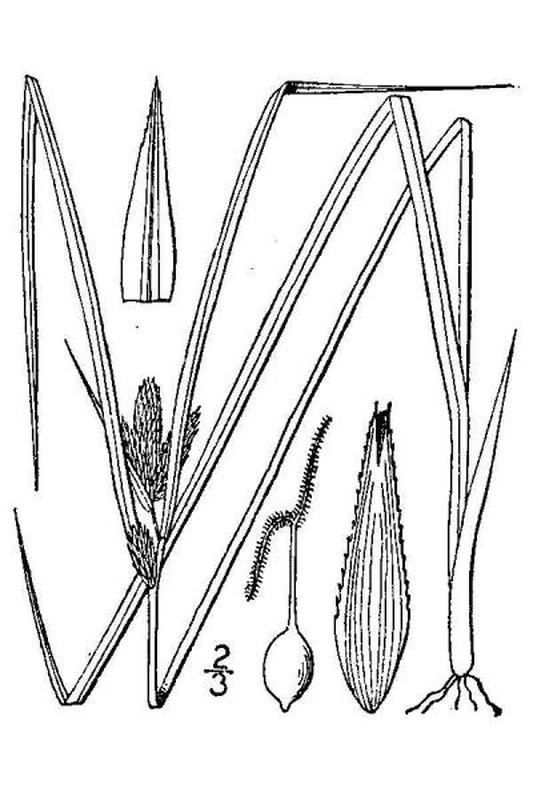 Carex sychnocephala is currently placed in section Cyperoideae, a section with only two species and only one from North America (Mastrogiuseppe 2002). Previous authors (Fernald 1970, Voss 1972, Gleason and Cronquist 1991) placed this species in the very similar section Ovales.