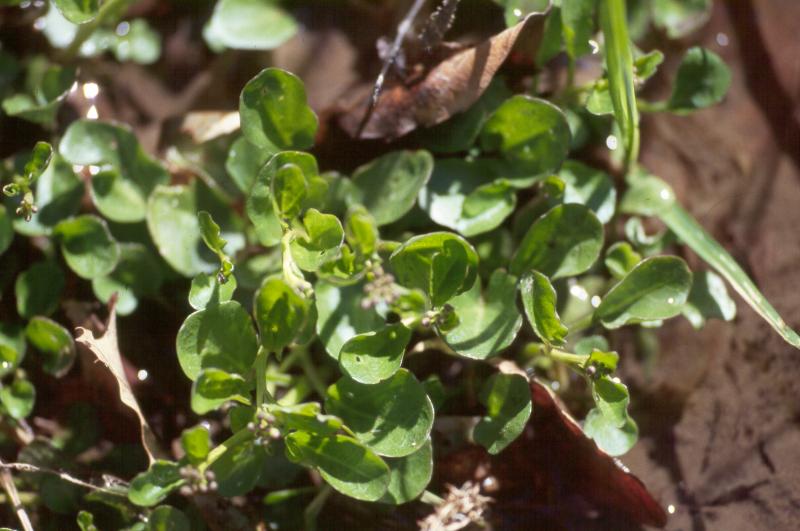 The leaves of mountain watercress can be eaten raw or cooked. They have a hot watercress-like flavor. Being that they are rare in New York, please don't eat our plants.

Currently there are only five populations known with a total of less than 1000 plants. Only four additional historical locations have ever been recorded. Trends are stable and threats are low but it is expected that this plant will always be rare in the state.

Three of the five populations have been resurveyed with little change in the numbers or quality of plants.

The populations will probably remain stable for the foreseeable future since most of them are in areas where little change in the habitat is expected.

Most of the populations occur in areas where little change in habitat is expected.

Since this species seems to prefer forested areas with springs and seeps an effort should be made to protect their hydrologic regime. Forested areas around the occurrences should remain intact.

The exact type of wetland system that this species prefers should be studied. This information could be used to help model its expected occurrence in the state.

Most of the New York populations are from the western Southern Tier, particularly in and around both the Allegheny Reservoir drainage and the Cattaragus Creek drainage. The historical record from Ontario County needs confirmation. Additional populations should be expected from the stream gorges that drain into Lake Erie as well other large river drainage systems in western New York.

This mustard relative ranges from Georgia, north through the Appalachians to New York.

Mountain watercress is a small, semiaquatic perennial with short trailing stems that sometimes produce runners that root at the nodes. The leaf blades are round to heart-shaped with unevenly wavy edges. The leaf stalks are about as long as the leaves and they often have one or two small lateral lobes below the main leaf blade, especially on the larger leaves. The flowers have four white petals about 1/8 to 1/4" long. The fruiting stalks are about 3/4" long and stick out from the stem. The light tan fruits are very narrow, about 3/4" long and usually infertile.

This low growing plant has stems that are weak or decumbent with trailing branches. The roots are fibrous. The leaves are simple, all are mostly alike, roundish to somewhat angled, and often cordate at the base. The flower petals are 5-10 mm long.

For proper identification, plants should have flowers or be in fruit. To verify the identity, collect a voucher specimen.

This plant flowers May through June and fruits persist until early fruit. Surveys should be conducted during the flowering and fruiting period, which fortunately means surveys can be conducted pretty much any time during the growing season.

The time of year you would expect to find Round-leaved Water Cress vegetative, flowering, and fruiting in New York. 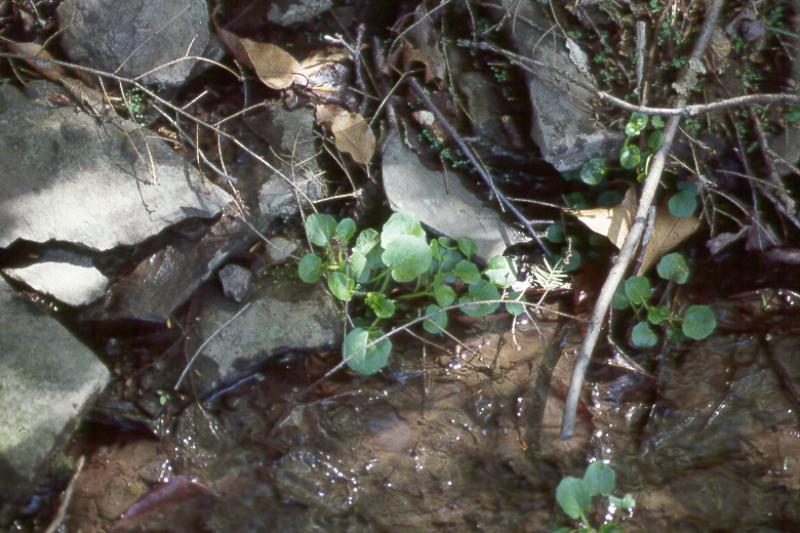 The taxonomy of this species may be questioned. It may simply represent a more aquatic form of a more common Cardamine species.

Rollins, R.C. 1993a. The Cruciferae of continental North America: Systematics of the mustard family from the Arctic to Panama. Stanford Univ. Press, Stanford, California. 976 pp.

Information for this guide was last updated on: August 11, 2017