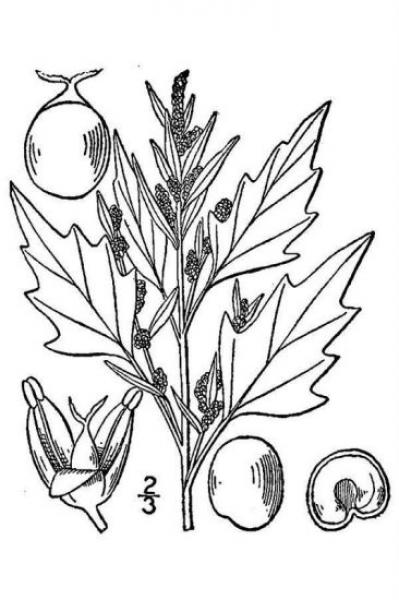 This is a widespread, variable species occurring in much of the United States (except the Southeast) and in Europe and Asia. It was first collected in New York by George W. Clinton of the Buffalo herbarium on a visit to Staten Island in 1874.

There are nine existing populations but phragmites may be crowding out plants in some locations. There are 14 historical occurrences, mostly from the early 1900s, and most of these probably did not persist.

Over the long term there has been a substantial decline in this species as saltmarshes and swales have been ditched, developed, or taken over by Phragmites.

There is a substantial threat from the spread of Phragmites into interdunal swales and saltmarshes where this species grows.

The primary need is to keep Phragmites from invading its habitat. Management needs should be adjusted as new information is obtained from research projects.

Research is needed to develop management techniques that will allow this species to persist and grow. Studies should be done to understand how human manipulation of beaches and saltmarshes affect this species.

This species is mainly restricted to the saline areas of Long Island and the extreme southern Hudson Valley. It is also historically known from the inland salt ponds of Onondaga County. Scattered additional historical records from waste ground in non-saline soils are also reported.

This small herb occurs in the Northeast United States and northeastern Canada where it is rare. It is scattered throughout the northern Midwest, becoming common from the Dakotas south to New Mexico and out to the West Coast. It is also common from central Canada west to Alaska.

Red pigweed is an annual herb up to 80 cm tall with glabrous, angled stems. The leaves are triangular or rhomboid, deeply toothed, and up to 15 cm long. The infloresence consists of many small (5 mm thick) glomerules in axillary spikes, or in larger plants, in terminal panicles. The tiny green flowers have 3 or 4 sepals, 0.8 to 1 mm long and joined at the base. The seeds are held erect, and are shiny, smooth, brown, and 0.6 to 1 mm wide (FNA 2003, Gleason and Cronquist 1991).

Entire plants with flowers or fruit are needed for identification.

In New York there are 3 other species of Chenopodium which are thornless and have non-glandular foliage and erect seeds. Chenopodium glaucum has leaves that are densely white-mealy on the undersides. Chenopodium capitatum has fewer, much larger glomerules (5-15 mm thick) than those of C. rubrum. Chenopodium bonus-henricus, a European introduction, is a perennial species with entire leaves and flowers with 4 to 5 sepals (FNA 2003, Gleason and Cronquist 1991).

Red Pigweed flowers from mid-May to early September and the fruits persist on the plants into October.

The time of year you would expect to find Red Pigweed flowering and fruiting in New York.

The native status of this species is often questioned.