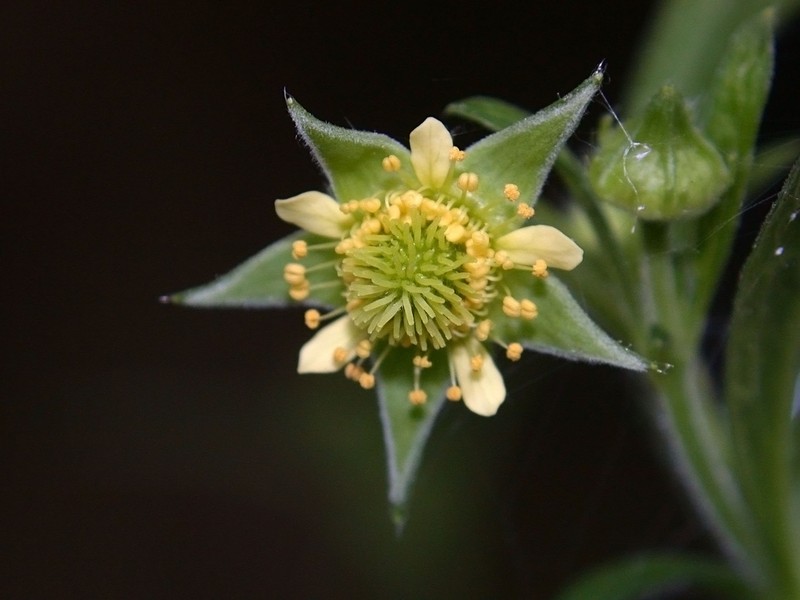 The root of rough avens has been used medicinally in the past to treat all sorts of illnesses. One of its common names, chocolate root, refers to the chocolate-like beverage it produces when the root is boiled in milk. There are many historical sites for this species in New York so it may be overlooked because it resembles two common avens species, Geum laciniatum and Geum canadense.

There are 15 existing populations but only one of them has more than 50 plants. Half of the populations do not have any specific information about their numbers or condition. There are 22 historical occurrences and most of these have not been resurveyed.

None of the current populations have been revisited in recent years so there is no information on short-term trends.

It is difficult to know the long-term trend of this species in New York because the plant is probably often overlooked. There are more historical records than existing populations, so the trend appears to be negative, but more targeted surveys need to be done to better understand the long-term trend. Most populations are under 50 plants so trends could decline rapidly.

Any human disturbance, such as logging or development, that would affect the woodland habitat where this plant grows, could be a threat. Woodland invasive species such as shrub honeysuckles or barberry are also a threat.

Buffers need to be established around populations to prevent changes in hydrology and direct impact by logging or development. Invasive plants such as garlic mustard, barberry, or shrub honeysuckles should not be allowed to invade the site.

There is no understanding of the specific habitat that the species prefers since its woodland locations do not seem to be much different from the surrounding forest and it has also been found in many types of habitats. More research is needed into habitat preference and specific characters needed for a good search image. This will help narrow down places to search and improve predictive modeling.

Routh Avens has been found in a very wide range of habitats in the state. These include Appalachian oak-hickory forests, northern-hardwood forests, woodlands on limestone bedrock and on sand dunes, muddy riverbanks, forested swamps, marshes, and roadsides. Detailed information on the microhabitat this species occupies is lacking for many of our extant records. More research is needed to determine which of these habitats the species does best in, and the reasons for its rarity despite an apparently broad habitat tolerance (New York Natural Heritage Program 2007). Dry woods and thickets or rocky banks (Fernald 1970). Moist upland woods (Gleason & Cronquist 1991).

There are records for rough avens scattered through most of the state outside of the Adirondacks.

Geum virginianum reaches the northeastern edge of its range in Vermont, and is found in most of the U.S. east of the Mississippi: as far south as Georgia, and as far west as Alabama, Missouri, and Minnesota. In Canada it is known only from Ontario.

Rough Avens is a perennial herb, growing up to 1 m tall, with hairy stems. The lowest leaves are 3- parted, on long petioles, with the terminal segment usually much larger than the other two. The upper leaves become smaller and on shorter petioles the higher up the stem they are, the uppermost being simple and nearly sessile. The flowers have 5 tiny(2-4 mm) cream-colored, minutely hairy petals only 1/2 to 2/3 as long as the green sepals. The fruit are achenes, on an egg-shaped, densely hairy head (receptacle), and are dispersed by hooks on the ends of the long, persistent styles.

Rough avens is best identified when in flower.

Geum canadense has pure white petals, longer or only slightly shorter than the sepals. Geum laciniatum also has short white petals, but the petals and flower stalks have long hairs, unlike the short velevety hairs of G. virginianum.

This species is best identified when it is flowering in June or July.

The time of year you would expect to find Cream-colored Avens flowering and fruiting in New York. 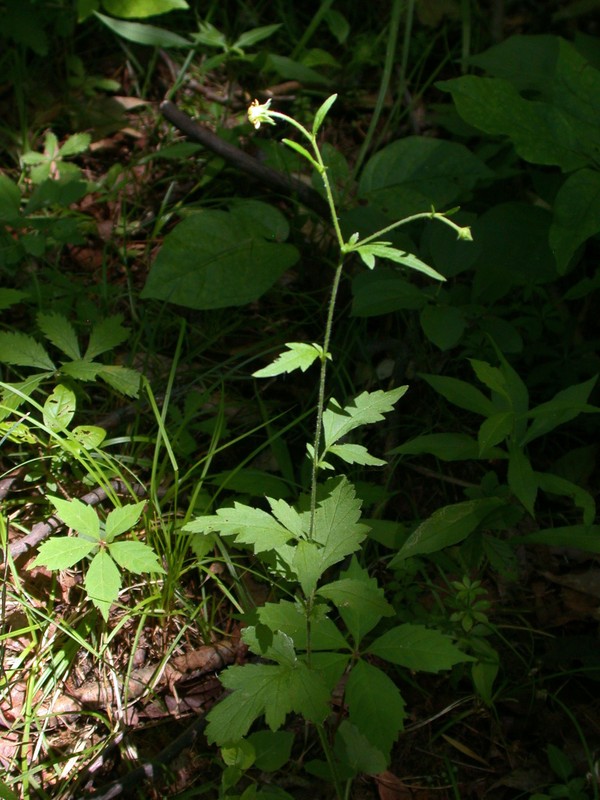 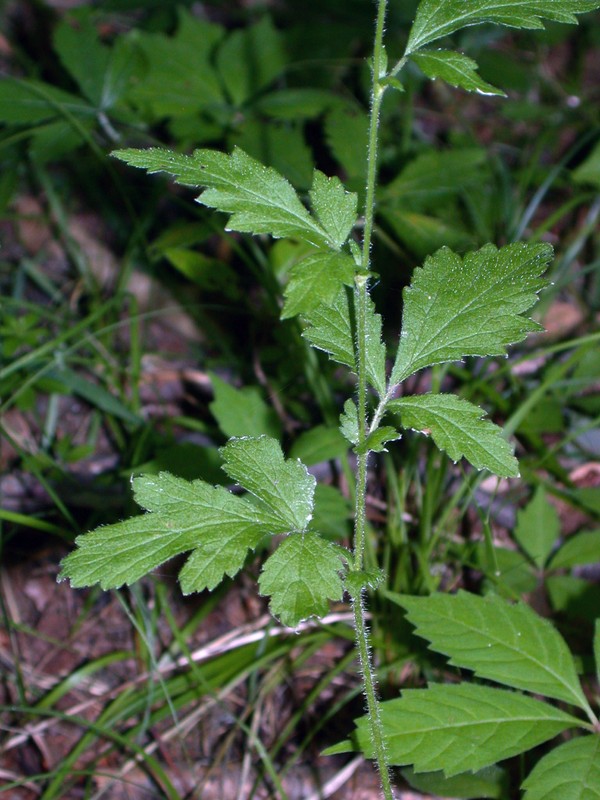 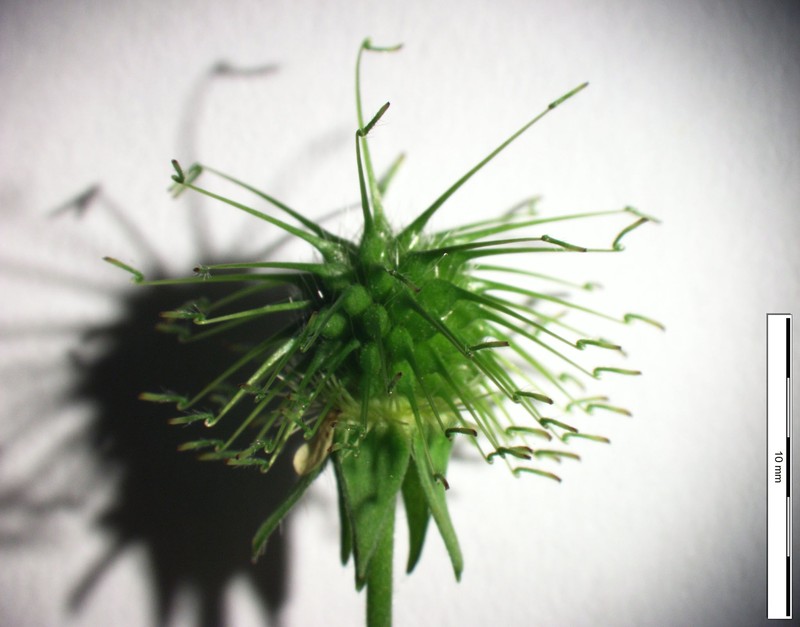 Information for this guide was last updated on: August 8, 2021