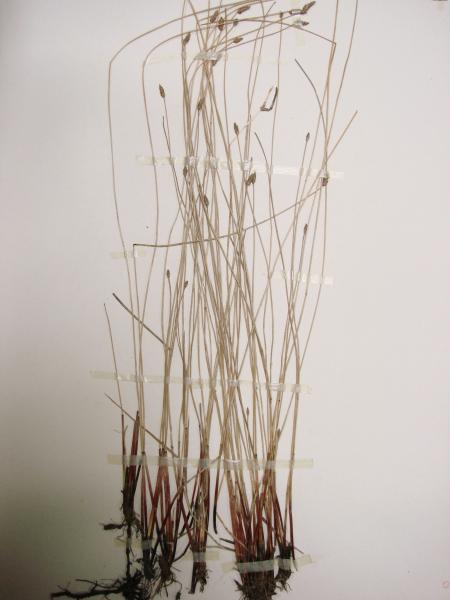 This is one of the few Eleocharis species in New York that can grow in salt water. Its variety name means "lover of salt."

There are seven existing populations and just over half of them are in good to excellent condition. There are 16 historical occurrences but many of these are probably gone although all of them should be surveyed again. Since this species is difficult to identify and is often overlooked there may be much more of it than is currently known.

The short-term trend seems stable as most populations have been about the same size when resurveyed.

The long-term trend is probably declining even though many of the historical occurrences have not been checked. That's because many of them are in areas that have seen much human activity and a few of them are even considered extirpated.

Populations in high marsh areas are being degraded by runoff and by the invasion of phragmites.

Its habitat should be protected from the invasion by phragmites and from excessive and polluted runoff. Keeping high salt marsh in excellent condition is desirable.

There needs to be more research into the habitat preference of this species and why it prefers only a small portion of a larger habitat. Pheonology and taxonomic studies could be done to devise a better search image so populations could be located easier.

In New York this species has been collected in a variety of habitat types, all in or near salty or at least brackish water, and most at the margin of fluctuating shorelines. So long as these basic requirements are met, it appears to tolerate soil substrates ranging from peaty to mucky to sandy (New York Natural Heritage Program 2007). Mainly of coastal salt marshes (Gleason & Cronquist 1991). Saline or brackish shores (Fernald 1970).

In New York Salt-marsh Spikerush is known from Long Island, New York City, and the Lower Hudson River north to Orange County. Historically it also was collected from inland salt meadows in the Finger Lakes region.

Salt-marsh Spikerush is found in most of the Canadian Provinces (as well as in northern Eurasia), and south mostly along the Atlantic Coast from Maine to North Carolina. There are also populations inland in the Dakotas, Nebraska, and several southwestern states.

Spikerushes consist of a simple stem (the leaves bladeless and inconspicuous), with the infloresence a solitary, many-scaled spikelet at the top of the stem. The perianth (sepals and petals), if present, is reduced to bristles. The base of the style is expanded (called a tubercle), and is usually persistent on the fruit (achenes). Eleocharis uniglumis var. halophila is perennial, growing from a rhizome and forming dense mats. The stems are 10 to 60 cm tall and only .2 to 1.5 mm wide. The spikelet is 5-10 by 2-3 (4)mm, coming to an acute point, with floral scales 1.8 to 2 mm wide. The flowers have from 0 to 4 perianth bristles the length of the achene or shorter.

Fruiting specimens are needed to identify this species.

This species is difficult to distinguish from several other spikerushes. Habitat information may help. Eleocharis erythropoda has a spikelet with the fertile scales narrower (less than 1.8mm wide) and more closely appressed together. Eleocharis palustris (sensu stricta) and Eleocharis smallii may have wider culms (0.5-5 mm thick at summit of upper sheath) and the perianth bristles are commonly elongate (those of E. uniglumis var. halophila are the length of the achene or smaller).

The fruits of Salt-marsh Spikerush are visible from July through mid-October.

The time of year you would expect to find Single-glumed Spike Rush fruiting in New York. 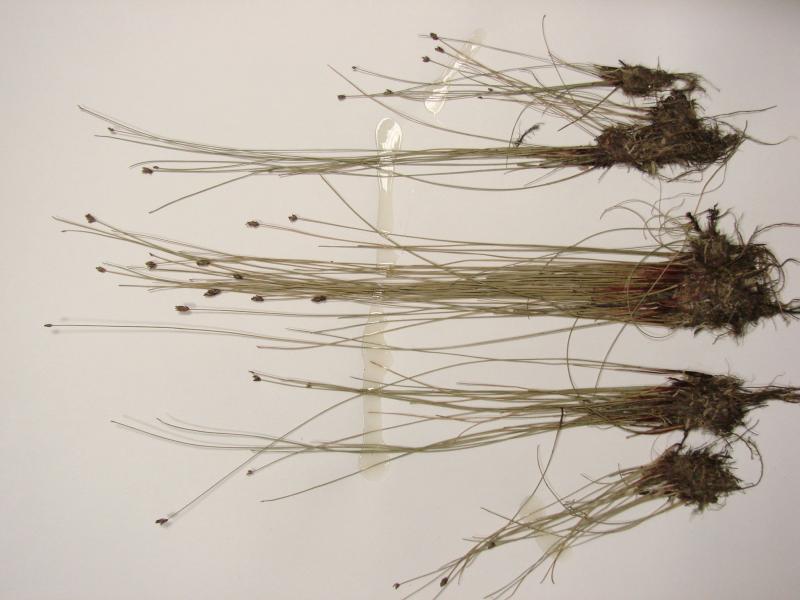 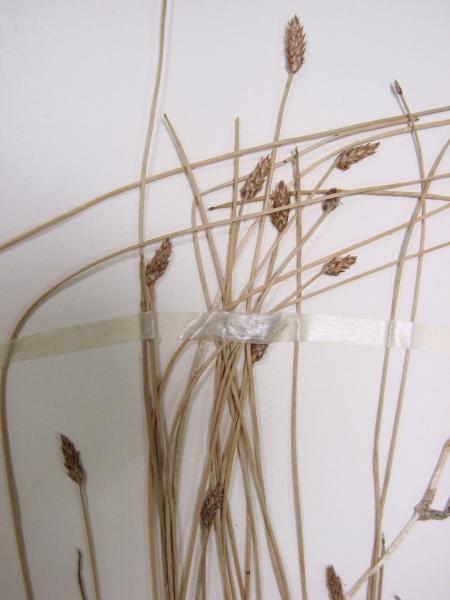 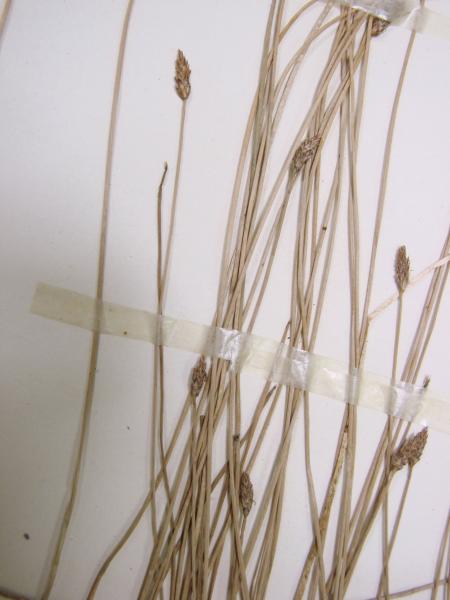 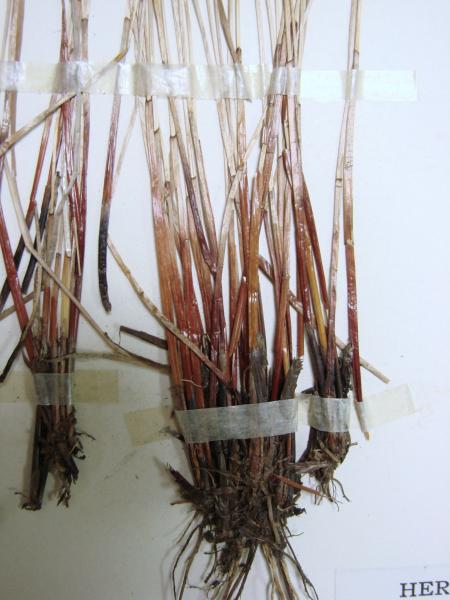 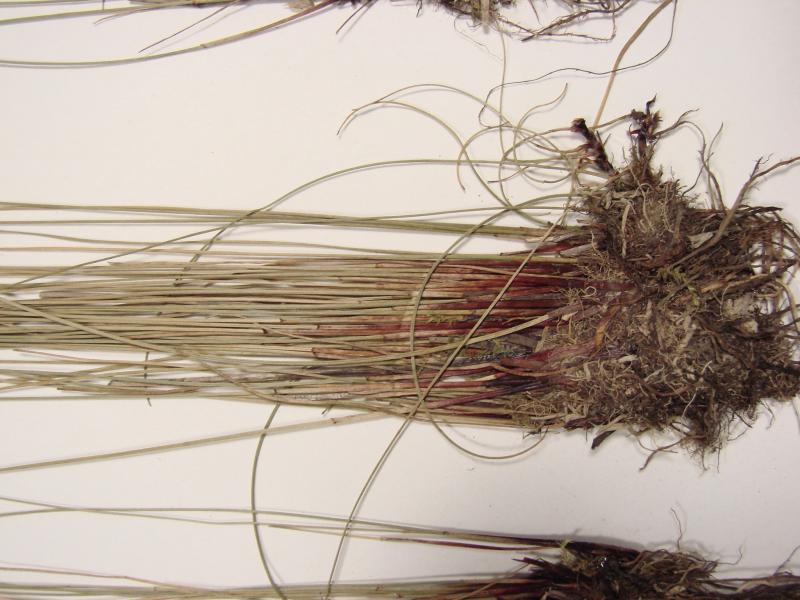 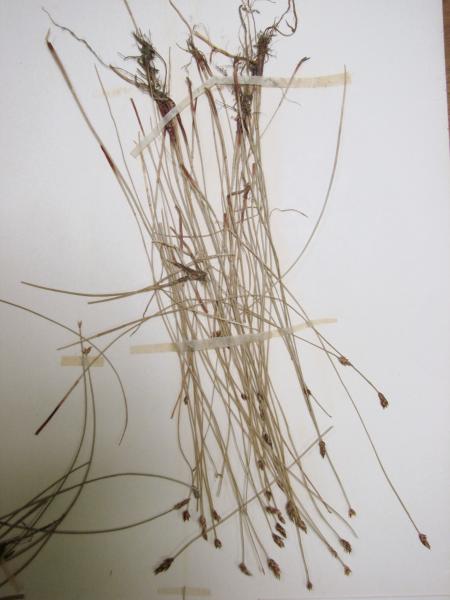 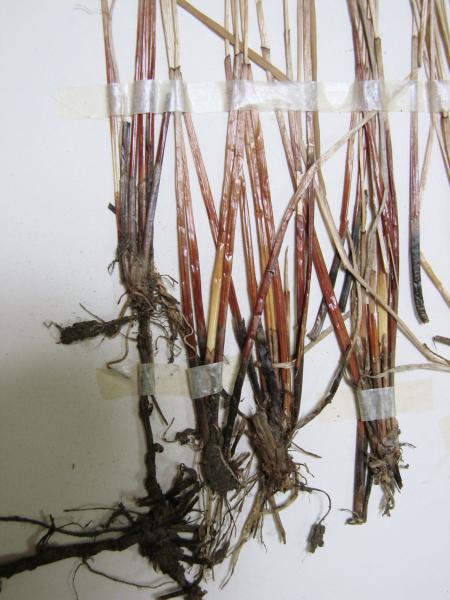 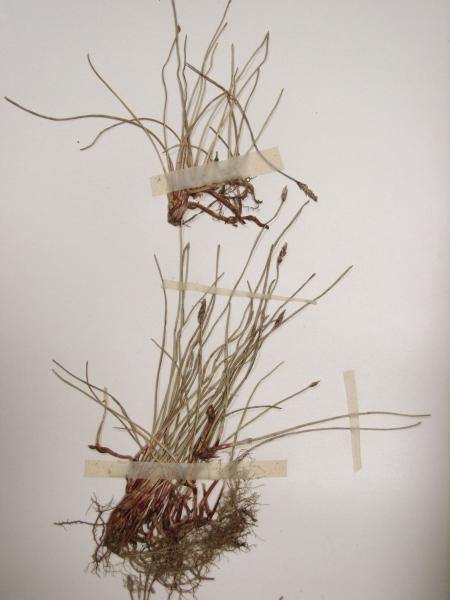 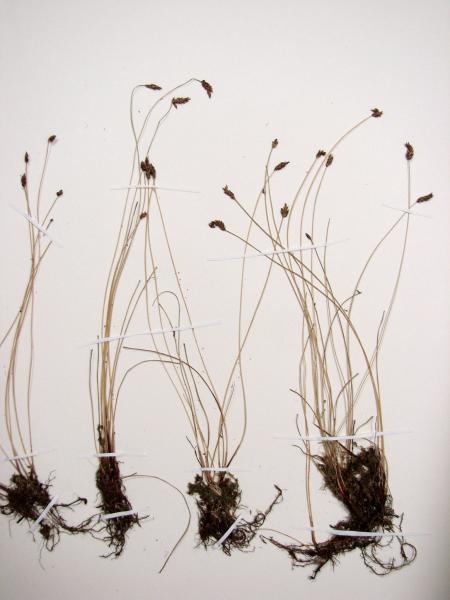 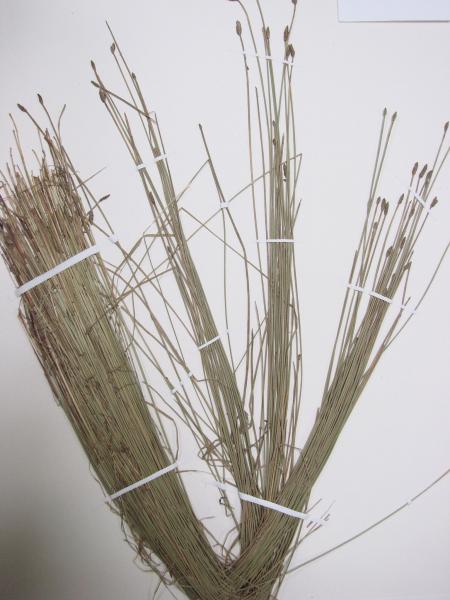