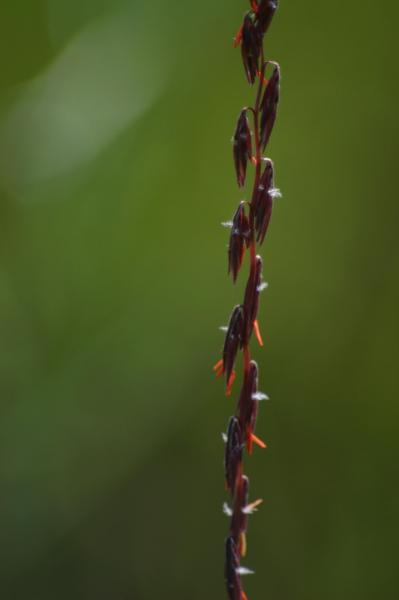 Side-oats grama is a very widespread and common grass west of New York but only occurs here in fewer than ten places. Many of them are close to or along current or historical railroad lines. It is one of the most beautiful and easy-to-recognize grasses in New York.

There are eight existing populations, half of them good or excellent. The other half are small or under threat. There are about 10 historical populations and most of those are probably extirpated.

The short-term trend appears good as most current populations have have not changed in size over the last 30 years.

The long-term trend has been somewhat negative as many of the historical populations in the Hudson River Valley have not been found again. This was a result of habitat succession and the introduction of weedy species through the suppression of fire and other human disturbances.

Populations are moderately threatened by succession and human disturbance which has introduced weedy species such as phragmites and European herbs. Unprotected populations may be threatened by development at the sites.

The control of invasive species is important in the open habitat where this grass occurs.

There seems to be a specific rock and soil type that the species prefers, otherwise it would be much more common in the state. There is a need to understand these habitat preferences. Most of the occurrences are also near existing or old railroad tracks and this correlation needs to be studied.

In New York this species is strongly associated with dry limestone-derived soils, as well as with disturbance, both natural and artificial, since it is also prefers open habitats. It occurs at riverside bluffs, shale cliffs and barrens, cedar glades, and limestone pavements as well as abandoned sandpits and pastures, railroads, and powerlines. (New York Natural Heritage Program 2007). Dry hills and plains (Fernald 1970). Dry woods (Gleason & Cronquist 1991).

In New York Side-oats Grama is found in scattered locations primarily from Long Island and the Hudson Valley, as well as a few sites on alvar or limestone regions in Western New York.

Side-oats Grama is found throughout most of the United States, as well as Ontario, and Saskatchewan.

Side-oats grama is a attractive perennial grass with erect stems up to 1m tall (usually less). The numerous spikes are relatively large (.8-2cm long) and well-spaced along a mostly 1-sided raceme.

Side-oats Grama is most easily identified when flowering or fruiting. The distinctive flower stalks may sometimes be recognized even in winter.

There are no other species of Bouteloua in New York, and the overall form of this grass is quite distinctive.

Side-oats grama flowers in mid-summer and the fruits persist from mid-July through the fall.

The time of year you would expect to find Side Oats Grama flowering and fruiting in New York. 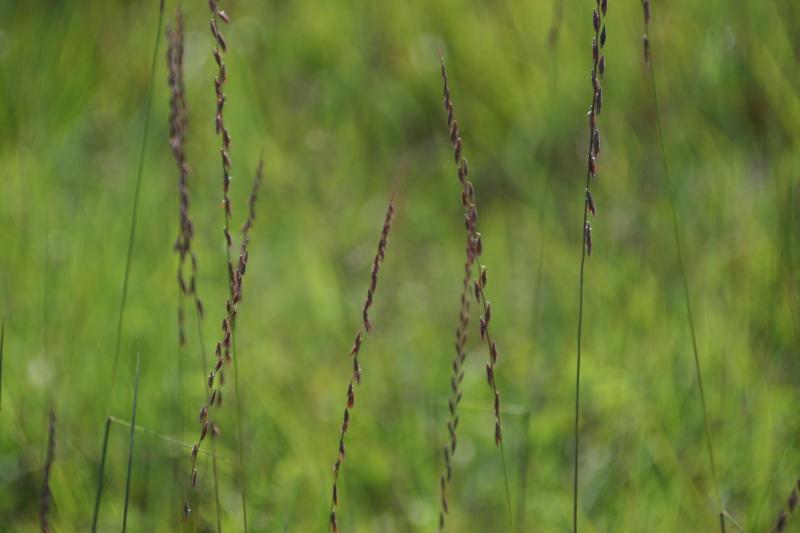