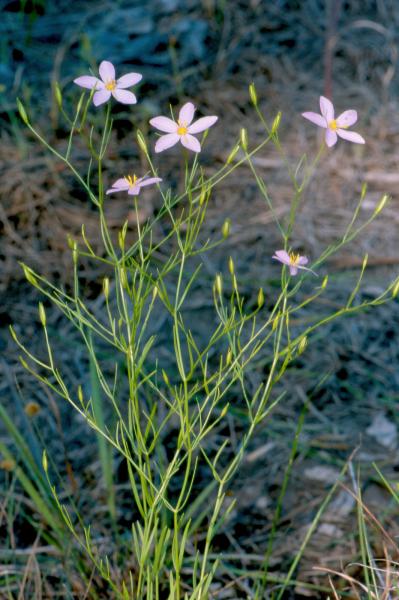 Many species of Sabatia occasionally sport white flowers instead of the usual pink ones. These plants were given form names including forma albina for this species (Fernald 1950) but these names are rarely used today.

The short-term trends are stable. The existing populations have been doing well since 1985.

Phragmites is a problem that two of the sites and it must be managed for the populations to thrive. Another population is near a closed sand road that if reopened, could change the hydrology of the wetland.

Research is needed to refine techniques to augment populations after Phragmites removal.

In New York this plant is mostly known from high salt marshes, some of them dominated by graminoids. It can also be found in fresh to brackish meadows, the edge of salt/brackish ponds, sea level fens, and small shallow brackish or freshwater depressions in dunes. (New York Natural Heritage Program 2012). Very rare in marshes and wet fields (Rhodes and Block 2000). Damp sands and peats, pine savannas, and ditches along the coastal plain (Crow and Helquist 2000). Moist or wet places along the coastal plain (Gleason and Cronquist 1991). Damp sands and peats (Fernald 1970).

This saltmarsh wildflower is now known only from Suffolk County on Long Island. It is extirpated from the rest of Long Island, Staten Island, and Manhattan Island.

This wildflower is most common along the Coastal Plain of the Carolinas south to northern Florida and west to East Texas. There are scattered inland populations in the Southeast north to Kentucky, Virginia, and Indiana and scattered coastal populations from Virginia north through Long Island to eastern Massachusetts.

This small perennial wildflower has two-several stems arising from a woody base. The branches are all or mostly alternate. The three-nerved leaves are oblong or narrowly oval to linear with an obtuse apex and base that is broadly rounded and sessile. The upper leaves are very narrow. The calyx lobes are very narrow, widest at the base, and three fourths to as long as the pink, pale crimson, or white corolla with a yellow eye. The petal lobes are 10-15 millimeters long. The style is usually divided to just below the middle.

Distinguishing characteristics: perenial with a woody caudex, stems usually 2-several; branches all or mostly alternate; primary leaves oblong or narrowly oval to linear, obtuse, broadly sessile; calyx-lobes linear-setaceous, three-fourths to as long as the corolla; corolla pink, pale crimson, or white. Best life stage for ID: in flower. Characters needed to ID: flowering stems with a description of the habitat.

The best time to identify this plant is in bloom when the flower characters can be seen.

Sabatia stellaris is an annual from a single stem and opposite branching. In contrast, Sabatia campanulata is a perennial, typically multi-stemmed, with primarily attenuate branching. The corolla lobes are no more than three-fourths the length of the corolla. The calyx lobes are distinctly shorter than the corolla.

Flowers August to early September. Fruits are visible to mid-October.

The time of year you would expect to find Slender Marsh Pink flowering and fruiting in New York. 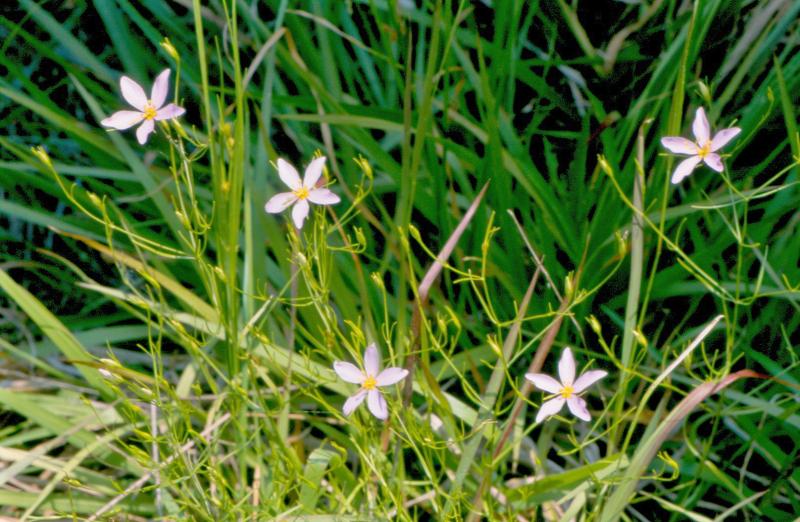