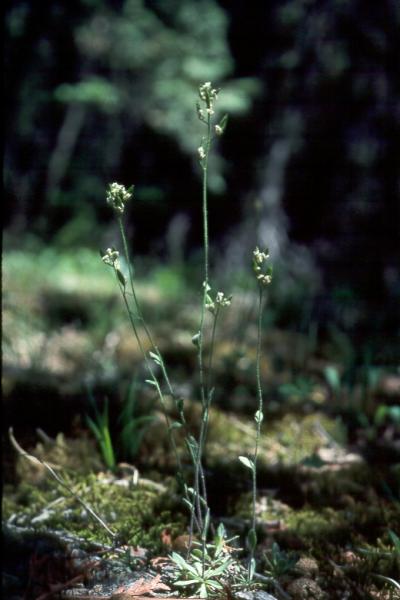 Whitlow grass was the European name given to several inconspicuous wildflowers such as Saxifraga tridactylites, Draba verna and Paronychia which were thought to be a cure for the Whitlow. This is an infection of the end of the fingers and toes around the nail, as well as the hooves of animals, which caused painful inflammation. The genus Draba is from the Greek "drabe" meaning sharp or acrid and refers to the burning taste of the leaves of these medicinal plants. In the northeastern states Draba glabella is critically imperiled, and known only from the shorelines of large lakes in New York, Vermont, and Maine

There are only two verified and current locations, with one additional historical location recorded. There is plenty of apparently suitable habitat, and additional searching is warranted. This species is relatively inconspicuous and therefore may have been overlooked.

One of the two known existing populations has been surveyed only once. The other has persisted at the site for over 50 years, and has maintained its current size for the last 25 years.

With only one historical and two existing popuations known, this plant has likely always been rare in New York, but there are too few sites to assess long-term trends.

Herbivory, fire, and succession may threaten some locations.

A buffer should be maintained around populations of this plant.

Research could help determine the reasons for the rarity of this species in New York and adjacent states.

In New York Draba glabella has been found only on limestone cliffs and woodland adjacent to Lake Champlain (New York Natural Heritage Program 2007). Rocky or gravelly places and cliff crevices (Gleason and Cronquist 1991).

In New York Draba glabella is known only from only two locations along Lake Champlain, in Clinton and Washington counties.

Draba glabella is known from Alaska and all of Canada except Saskatchewan, from Montana and Wyoming in the western U.S., and from Wisconsin and Michigan, east through Ontario, to New York, Vermont, and Maine.

Draba glabella is a small (4 to 16 inches tall) herbaceous perennial, growing from a hardened base just underground (a caudex) to a basal rosette of hairy, 2.5 inch-long, often dentate leaves.. From the rosette grows a single stem with a few dentate leaves and a loose terminal raceme up to 4 inches long, bearing 4-petaled flowers, the petals are yellow in bud but white upon opening. These mature into a flattened, lance-shaped fruit called a silique. The fruit are flattened, glabrous, and about 1/4 to 1/2 inch long.

Draba glabella is a sturdy perennial growing from a thick caudex, 1-4dm tall, with many basal but few cauline leaves, the basal leaves narrowly oblanceolate to spatulate, up to 6cm long, often sharply toothed, and stellate-hairy, the stellate hairs are stalked and with 9 or more rays. The infloresence is a loose raceme up to 10 cm long, the pedicels without leaves or bracts, and glabrous or nearly so. The petals appear yellow in bud but are white after opening, and 4-6mm long. The fruits are glabrous siliques, 7 -11 mm long and .25x to .4x as wide as long, straight or nearly so, and with the persistent style 0.1 to 0.3mm long or virtually obsolete in depauperate specimens.

Mature fruit is preferred in order to positively distinguish this species from the closely related Draba arabisans.

New York has 3 other species of Draba. Draba verna, an exotic species, is an annual, more slender than D. glabella, with deeply split petals. D. reptans is also a slender annual, with entire basal leaves 3 cm long or less, shorter than the sharply toothed basal leaves of D. glabella, which may reach 6cm. Both of these species are typically found in sandy or disturbed habitats. The only other perennial Draba in New York, which like D. glabella is found on cliffs and rocks, is Draba arabisans. Very similar to D. glabella, D. arabisans typically has fruits which are twisted at maturity, are .2x to .25x as wide as long, and have a style from .3 to .8mm long.The leaves of D. arabisans have sessile stellate hairs with 8 or fewer rays.

Draba glabella flowers from late May until late June, with fruits visible approximately through the beginning of October. Individual plants may be found with flowers at the top of the infloresence and developing fruit below, which may be helpful in identification.

The time of year you would expect to find Smooth Whitlow Grass flowering and fruiting in New York. 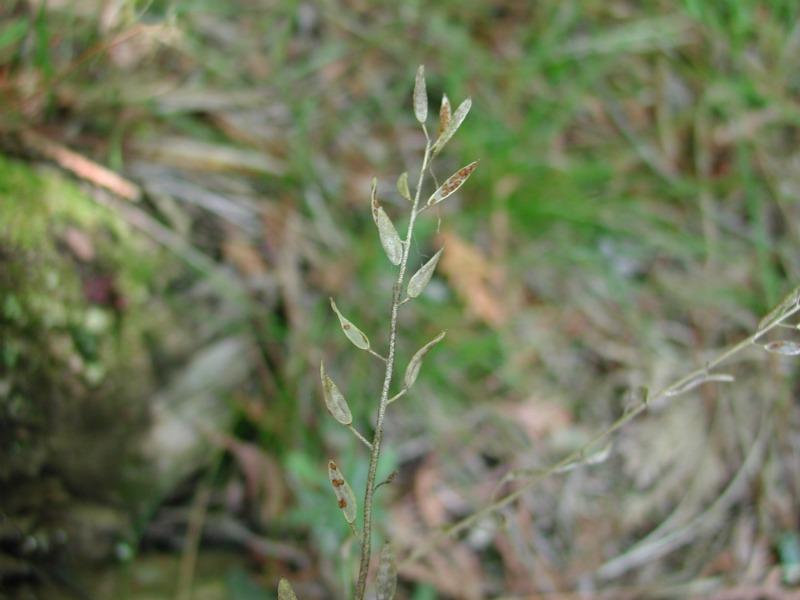 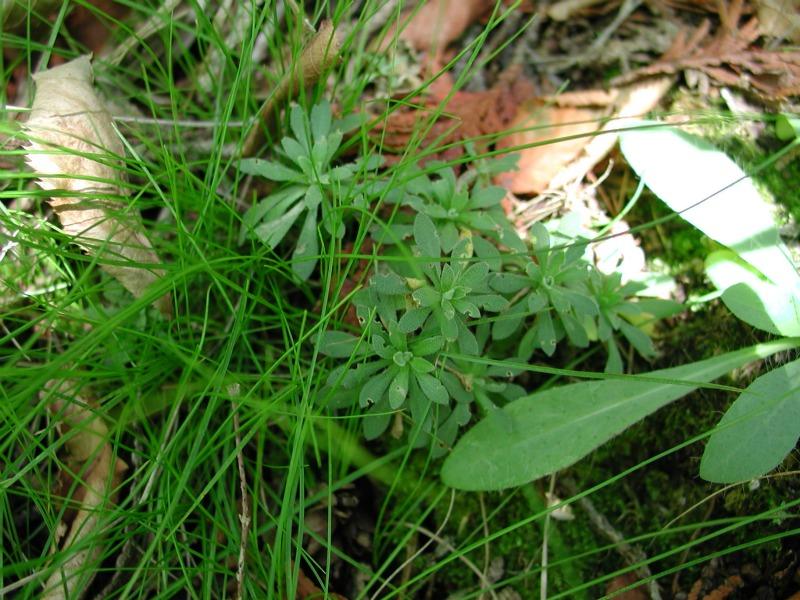