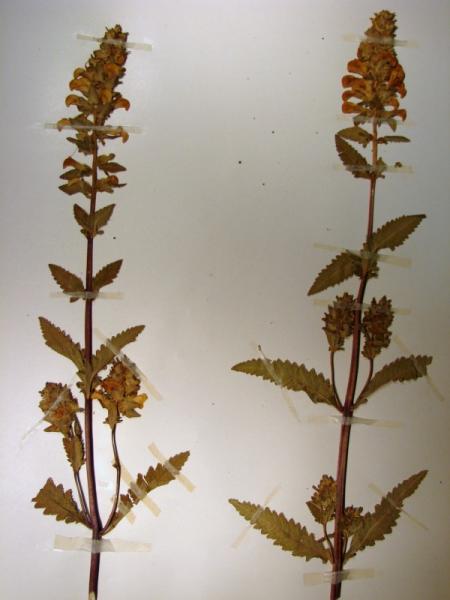 The common name lousewort, applied to several species of Pedicularis, derives from an old belief that these plants, when ingested, were responsible for lice infestations in stock (Pedicularis in Wikipedia, accessed 16 November 2007). Like other species of Pedicularis, swamp lousewort is hemiparasitic. This means it is parasitic on the roots of other plants, and draws nutrients directly from them as well as using chlorophyll.

There are 19 existing populations and about half of these are in good to excellent condition with hundreds of plants each. Many of the small populations are in protected areas. About 15 of the 25 historical records have been extirpated by development around the New York City area. There is a small chance that a few historical records from the Lower Hudson region could be rediscovered.

The short-term trends seem stable as most populations are large enough and protected to persist.

Many of the historical records from the New York City and Lower Hudson area have been extirpated, but this loss has been offset by many new discoveries in central and western New York.

One population near a railroad track could be sprayed by herbicide during track maintenance. The exotic invasive grass Microstegium vimineum may aggressively crowd out plants in their open wetland habitats.

In New York Swamp Lousewort occurs in a variety of wetland habitats, usually with an open or absent canopy. It occupies rich fens, where it may grow among Sphagnum with other calciphilic species, as well as in freshwater tidal marshes and swamps, and along the edges of ponds or shrub swamps. This species may benefit from some level of disturbance, as many of the known sites for it have been grazed or cut-over, or are along roadsides, right-of-ways, and trails. (New York Natural Heritage Program 2007). Rich, often calcareous, meadows and shores (Fernald 1970). Swamps and wet soil (Gleason 1952).

Swamp lousewort has been found at scattered locations throughout the state south of the Adirondacks, primarily in the Hudson Valley and in the western part of the state.

Swamp Lousewort is found from lower New England and New York, south to North Carolina and Georgia in the east, and from Ontario and Manitoba south as far as Arkansas in the west. It is considered a species of conservation concern in most of the states in which it occurs east of the Ohio River.

Swamp lousewort is an herbaceous wetland wildflower growing in usually solitary stalks from 3 to 8 dm high. The leaves are opposite, 5-10 cm long, and pinnately lobed less than halfway to the midvein throughout, somewhat resembling the pinnae of a fern. The pale yellow flowers are 15 to 25mm long and born in a dense spike near the top of the stem. They are 2-lipped, the upper lip galeated (hooded) and exceeding the lower to form a beak-like shape. The fruit are dry capsules, mostly hidden from view by the green calyx.

Swamp lousewort is most easily spotted when in flower, but can be identified from vegetative or fruiting stems as well.

Pedicularis canadensis is shorter, usually forming clumps with many crowded basal leaves, and has petioled leaves scattered on the stem, not opposite. It also is primarily a plant of uplands, not wetlands.

Pedicularis lanceolata flowers from late August to early October, and fruits persist to the end of November or sometimes until the next spring.

The time of year you would expect to find Marsh Lousewort vegetative, flowering, and fruiting in New York. 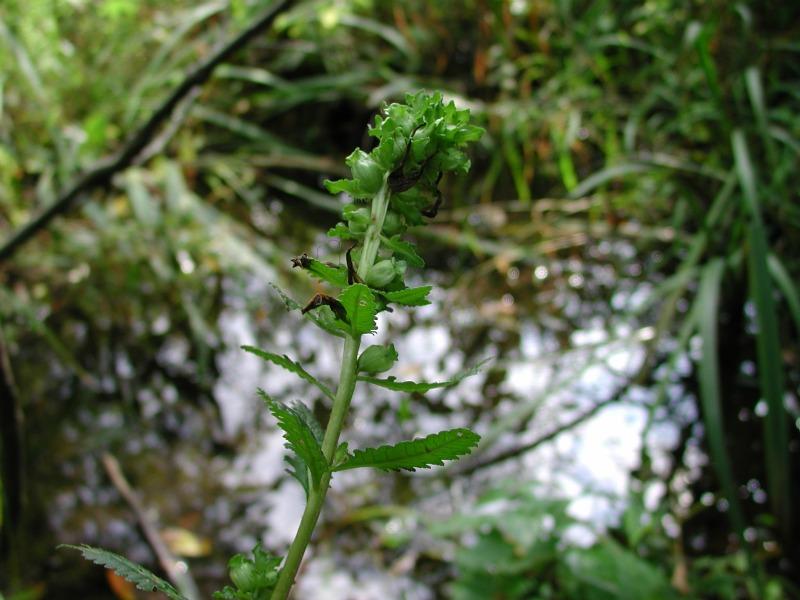 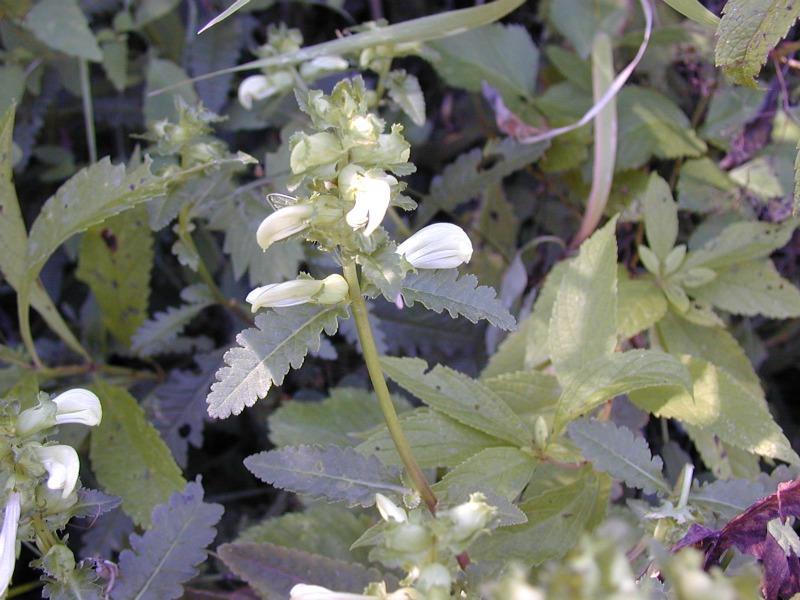 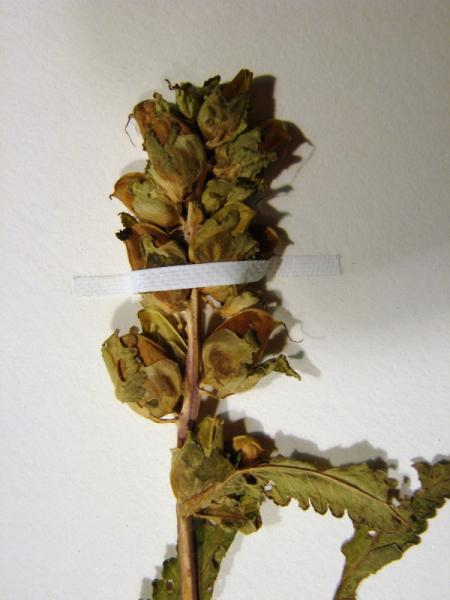 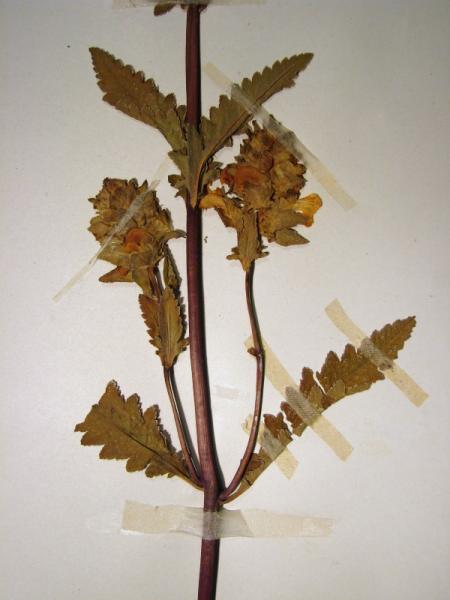 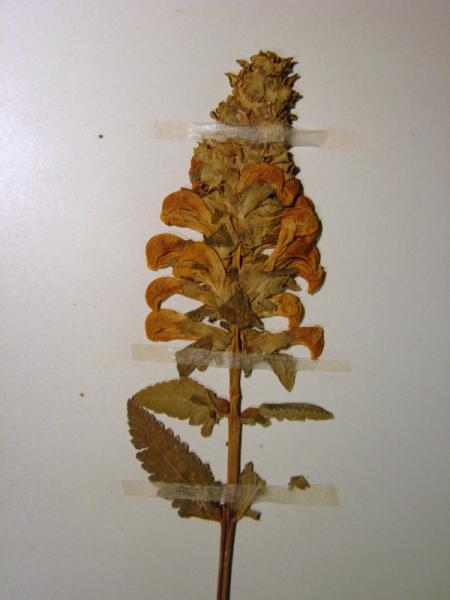 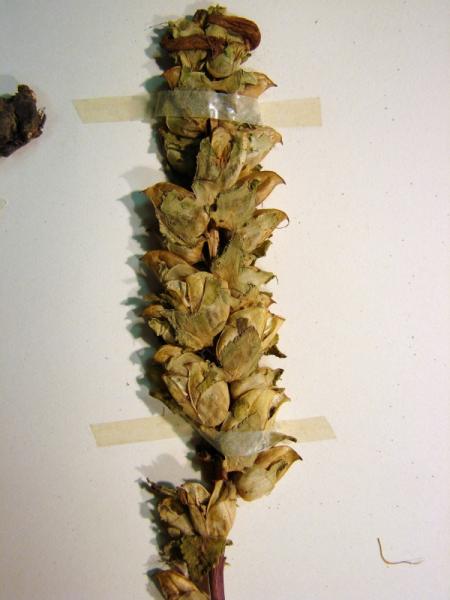 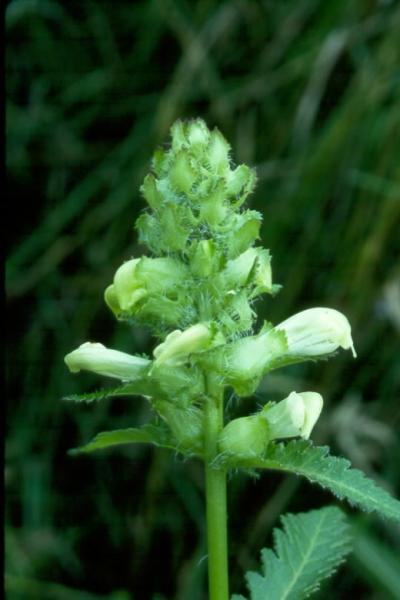 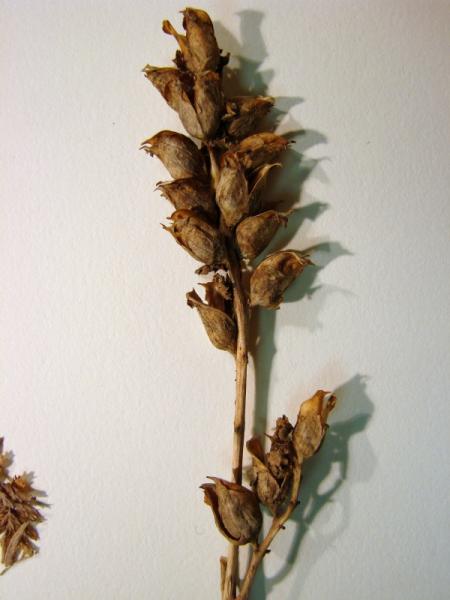 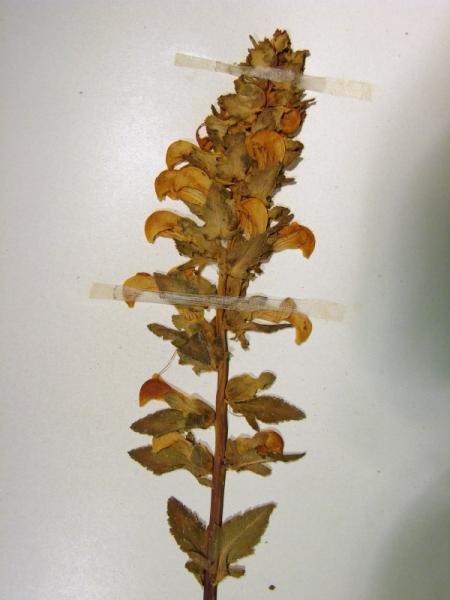 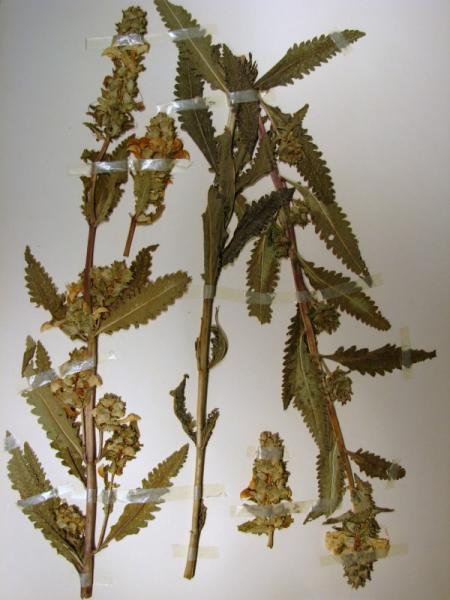