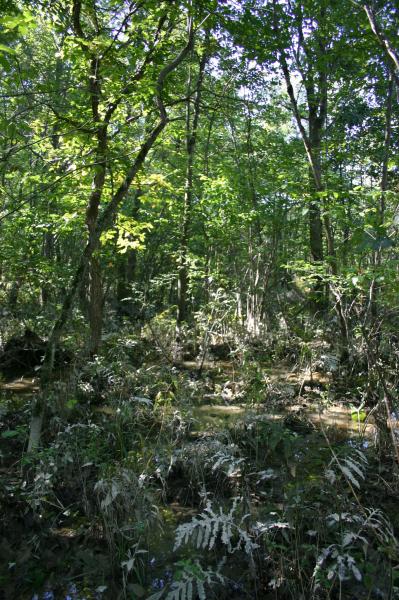 Did you know you can canoe through one of the largest tidal swamps in the state? Accessible from Ramshorn Creek, you can canoe to Ramshorn-Livingston Sanctuary, a preserve that includes a 400-acre tidal swamp. The sanctuary is owned and managed the National Audubon Society and Scenic Hudson. Educational programs, including field trips for school groups and birding trips are offered. Bald eagles, waterfowl, woodcocks, and other birds and wildlife have been spotted on the property. To visit the preserve, go to http://ny.audubon.org/ramshorn.htm

An uncommon natural community occurring in a very restricted area in the state. Additionally, this community occurs at the juncture between the Hudson River and land, an area that is commonly developed. Many sites were likely lost historically as a result.

While most of the original tidal swamps were lost through historical shoreline development, the swamps remaining are likely stable and total acreage is probably no longer decreasing.

The main direct threats to this community are construction or filling, in or near the swamps, especially if the activity alters the natural tidal regime. Even in protected lands, road building and other activities may threaten this community in these ways. River pollution is a threat to the organisms in this community and in the adjacent wetlands. Invasive species, such as yellow iris (Iris pseudacorus), are a threat to a few examples.

This community requires natural tidal flooding; any activity in the vicinity of freshwater tidal swamp must ensure the maintainence of tidal flooding. Also, consider removing any existing blockages to flooding and existing channels that might accelerate drainage.

Buffers that diminish or eliminate disturbances in this estuarine community are critical considerations for any development project. Such disturbances include the influx of water-borne solutes (road salt, fertilizers, herbicides, pesticides, sewage), water-borne sediments, and noise pollution. Additionally, hydrologic connectivity to the river must be maintained so that unimpeded tidal flow can reach the swamp. When considering road construction and other development activities minimize actions that will change what water carries and how water travels to this community, both on the surface and underground. Water traveling over-the-ground as run-off usually carries an abundance of silt, clay, and other particulates during (and often after) a construction project. While still suspended in the water, these particulates make it difficult for aquatic animals to find food; after settling to the bottom of the wetland, these particulates bury small plants and animals and alter the natural functions of the community in many other ways. Thus, road construction and development activities near this community type should strive to minimize particulate-laden run-off into this community. Water traveling on the ground or seeping through the ground also carries dissolved minerals and chemicals. Road salt, for example, is becoming an increasing problem both to natural communities and as a contaminant in household wells. Fertilizers, detergents, and other chemicals that increase the nutrient levels in wetlands cause algae blooms and eventually an oxygen-depleted environment where few animals can live. Herbicides and pesticides often travel far from where they are applied and have lasting effects on the quality of the natural community. So, road construction and other development activities should strive to consider: 1. how water moves through the ground, 2. the types of dissolved substances these development activities may release, and 3. how to minimize the potential for these dissolved substances to reach this natural community.

Additional sites might still be found along the Hudson River, although it is likely they will be small and disturbed.

Research is needed to clearly separate this community from floodplain forest on the ground. It is possible that a few present-day floodplain forests along the Hudson River were formerly freshwater tidal swamps prior to dredge spoil deposition or other hydrological alterations.

This community is currently restricted to the central Hudson Valley portion of the Hudson River within Columbia, Dutchess, Greene, and Ulster Counties.

A forested or shrub-dominated tidal wetland that occurs in lowlands along large river systems characterized by gentle slope gradients coupled with tidal influence over considerable distances. The swamp substrate is always wet and is subject to regular flooding by fresh tidal water. The water salinity values are less than 0.5 parts per thousand (ppt).

This community has a relatively high abundance of woody plants in contrast to the non-woody plants found in tidal marshes, and is influenced by the daily rise and fall of a freshwater tidal river or bay.

Different viewing opportunities present themselves throughout the growing season. In early spring, skunk cabbage (Symplocarpus foetidus) flowers may be visible pushing through the snow, and soon after spice bush (Lindera benzoin) blooms with tiny yellow flowers. In late summer (late August through September), herbaceous plants are at their largest and are a treat to see. 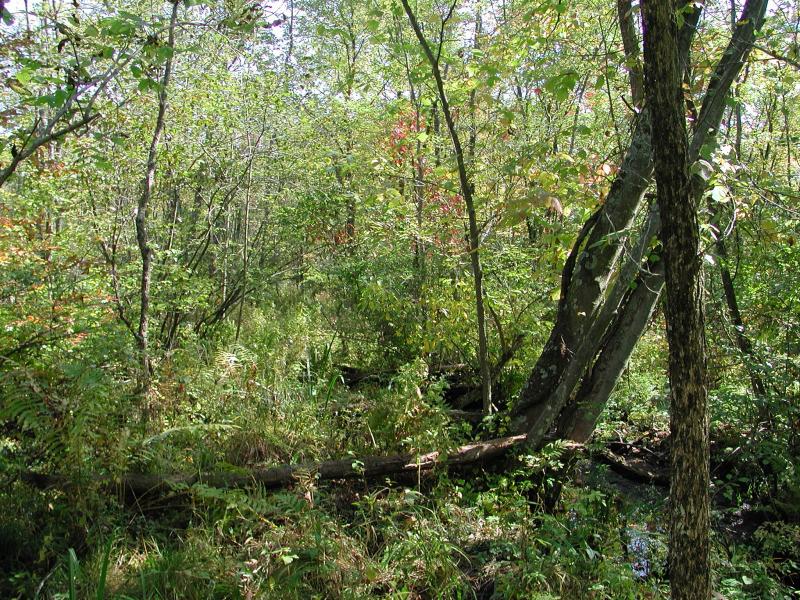 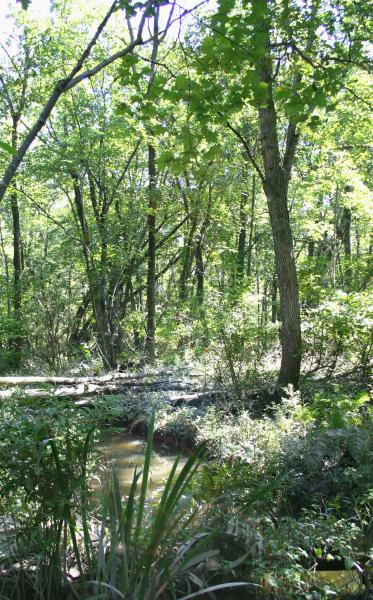 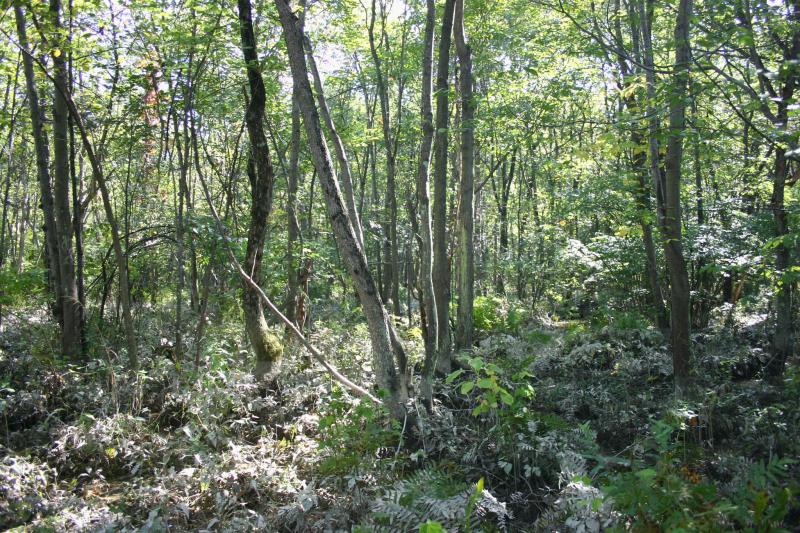 This figure helps visualize the structure and "look" or "feel" of a typical Freshwater Tidal Swamp. Each bar represents the amount of "coverage" for all the species growing at that height. Because layers overlap (shrubs may grow under trees, for example), the shaded regions can add up to more than 100%.