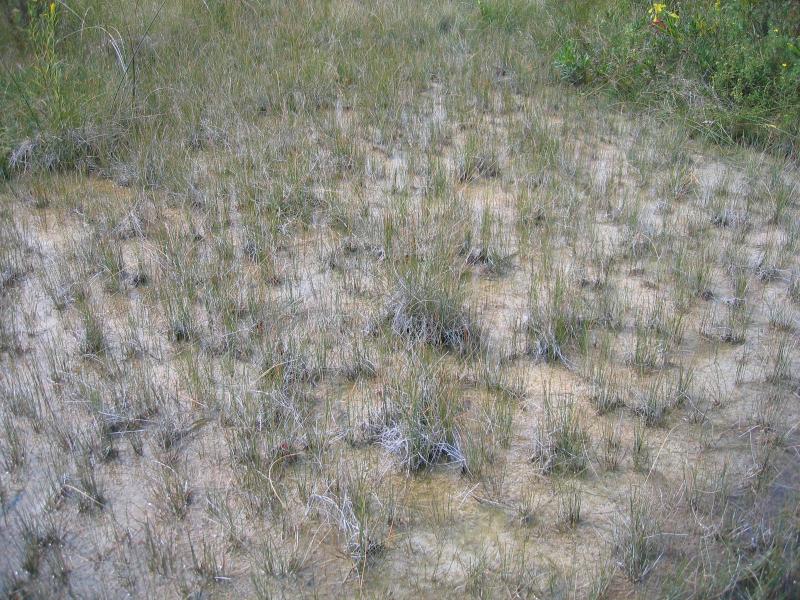 Marl fens occur where carbonates such as calcite and calcium or magnesium carbonate (marl), precipitate at the surface and plant root zone of a wetland. As ground water rich in these compounds flows upward to the wetland surface at high rates, decreases in the partial pressure of CO2 cause marl to precipate (Bedford and Godwin 2003)

There are probably less than 10 occurrences statewide, and the total acreage is very small. A couple documented occurrences have good viability and are protected on public land or private conservation land. This community is limited to the calcareous areas of the state where marl deposits form on the surface. The current trend of this community is probably stable for occurrences on protected land, or declining slightly elsewhere due to moderate threats related to development pressure, invasive plants, and alteration to the natural hydrology.

The number and acreage of marl fens in New York have probably declined slightly in recent decades as a result of alteration of natural hydrolgy, invasive species, and development.

The number and acreage of marl fens in New York have probably declined moderately to substantially from historical numbers, likely correlated with the onset of agricultural and residential development.

Consider how water flows around and into this wetland. As most of the water inputs are from underground, management for the prevention of altered water quality and quantity is particularly difficult for this natural community, but also of utmost priority. Projects that occur near this community must consider the proximity of the development to this wetland and the potential for changing how water flows, both above ground and below ground, into this wetland. Concerning the proximity to the wetland, terrestrial buffers provide nesting habitat for resident salamanders, frogs, and turtles and additional food sources for locally nesting birds. Consultation with a hydrologist is important to determine patterns of runoff and underground water sources for the wetland; however, impervious surfaces that rapidly divert water to the wetland should be avoided. Rapid influxes of surface water dilute the limey, mineral rich waters, decrease the robustness of the native fen species, and increase the likelihood of invasion by non-native species.

Research better ways to accurately and efficiently measure and understand the groundwater hydrology and what conditions are conducive for marl production in these fens. Further research into determining the proportion of fen water inputs is needed (e.g., groundwater vs. surface). If a fen is strongly groundwater influenced, traditional wetland buffers aimed at reducing surface water run-off may not sufficiently protect fen groundwater hydrology.

This community is restricted to a narrow zone roughly parallel to and north of the Onondaga escarpment in Genesee, Monroe, Seneca, Onondaga, and Warren counties. It is known from only 2-3 localities in New Jersey and 5 in New York, with very few potential additions. It is restricted to a precise habitat, seepage areas of thick marl deposits on the shores of calcareous lakes, ponds, and shallow basins.

It is known from only 2-3 localities in New Jersey and 5 in New York, with very few potential additions. It is restricted to a precise habitat, seepage areas of thick marl deposits on the shores of calcareous lakes. Total acreage is less than 10 acres, a liberal estimate (NatureServe 2014).

A strongly minerotrophic wetland in which the substrate is a marl bed derived from either lacustrine marl deposits or actively accumulating marl that is exposed at the ground surface. Marl is a white-colored precipitate that consists of calcium carbonate mixed with clay. Marl fens have at least some exposed marl precipitate at the surface. The marl substrate is always saturated and may be either seasonally flooded or permanently flooded (e.g., adjacent to seepage pools or streams) and has a very high pH, generally greater than 7.5. Vegetation is often sparse and stunted. Mosses colonize the marl, and may initiate hummock formation (Seischab 1984), but marl fens have lower bryophyte diversity than other rich fen types (Slack 1994). Marl fens may occur as small patches within a rich graminoid fen.

Known examples of this community have been found at elevations between 320 feet and 474 feet.

Mid- to late summer is the best time to see the marl deposits forming on the fen surface. 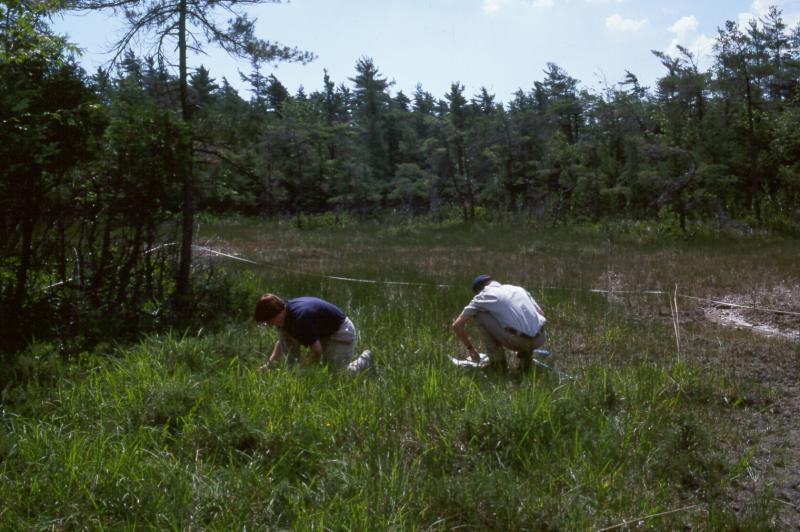 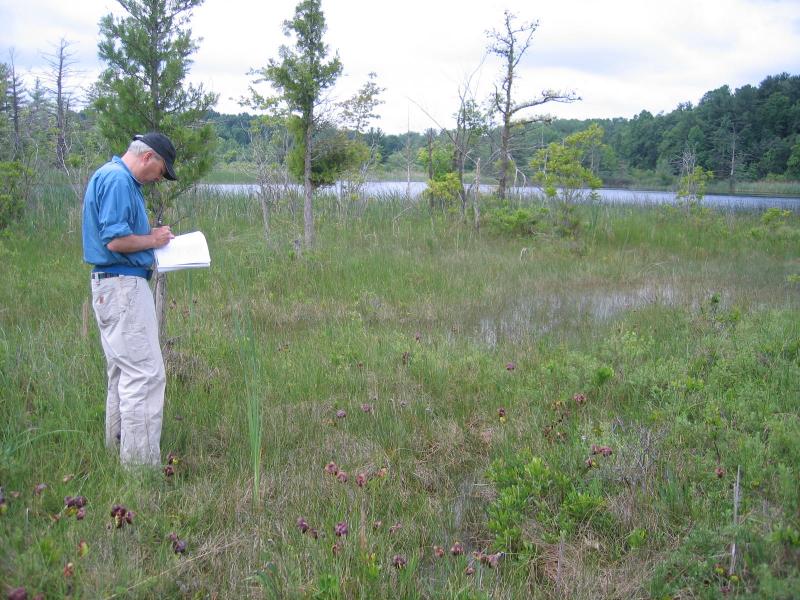 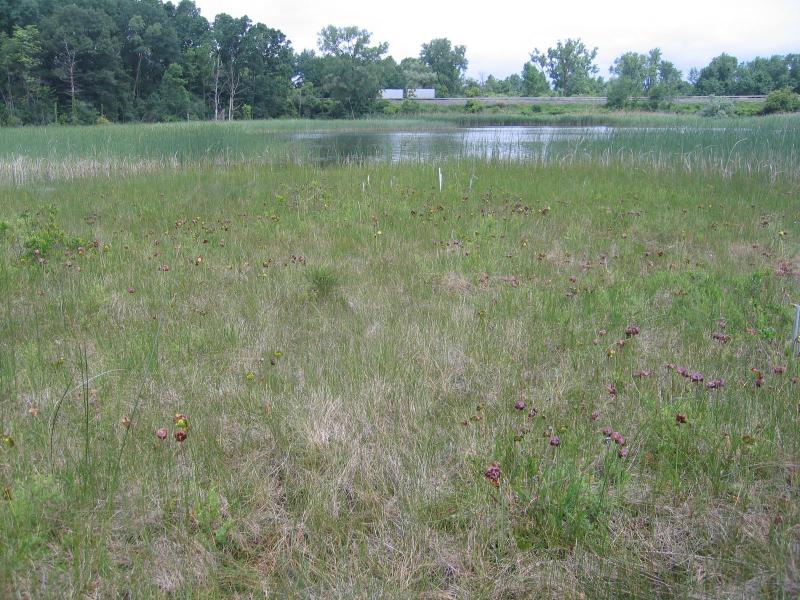 This figure helps visualize the structure and "look" or "feel" of a typical Marl Fen. Each bar represents the amount of "coverage" for all the species growing at that height. Because layers overlap (shrubs may grow under trees, for example), the shaded regions can add up to more than 100%.

Information for this guide was last updated on: May 16, 2019