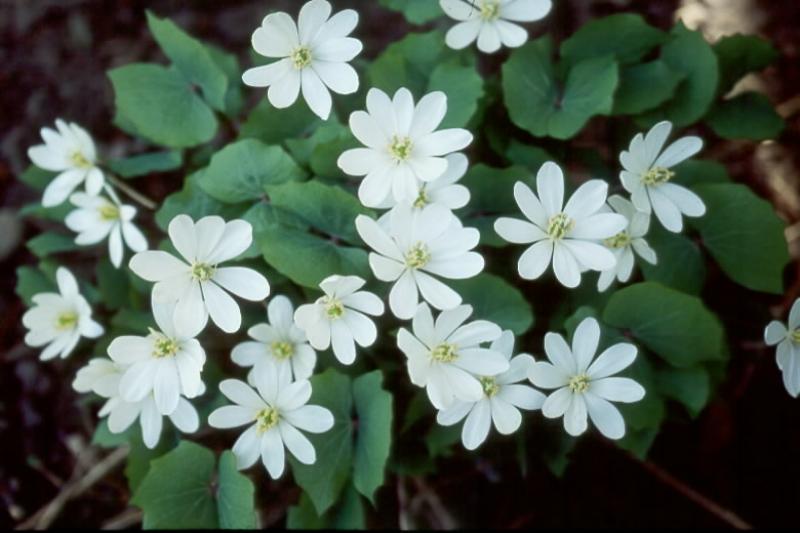 Twinleaf is one of only two species in the genus Jeffersonia. The other species, Jeffersonia dubia, grows in Mongolia. Benjamin Barton, a Philadelphia botanist of the 18th-century, was so impressed by Thomas Jefferson's knowledge of natural history he named this plants after him. Twinleaf is said to have been used for treating rheumatism but it can be poisonous if not prepared correctly.

There are 15 populations in the state with two thirds of them containing hundreds to thousands of plants. There are 23 historical populations, many of which have not been searched, and more populations are expected to be found. While the short term trends are stable, logging and invasion by exotic species may negatively affect long term trends.

Based on limited survey work, most populations have remained stable in the last two decades.

As a plant that thrives in ravine areas, this plant has received limited protection as ravines are difficult to log and develop. Based on this habitat type, population numbers are presumably similar to early settlement periods. Since New York is near the edge of its range, this is one of the plants that has likely always been rare within New York. The invasion of garlic mustard does present some concerns for its long-term stability. More research is needed here.

A significant immediate threat is the invasion of its habitat by garlic mustard. Continued logging at and near some of its populations has allowed garlic mustard to invade the area. It is unclear however if twinleaf is able to withstand these invasions because of its clonal nature. At a minimum, garlic mustard is likely to limit the recruitment of new plants from seed.

A large buffer (minimum suggested buffer is 100 meters although this could increase due to other factors such as slope and nearby activities) should be established around each population to protect the woodland slope environment from disturbance such as logging or ATV use. These disturbances often allow for the establishment of garlic mustard and other invasives which may outcompete twinleaf.

This plant is typically encountered near the bases of slopes that were created by a stream cutting down through the bedrock. These stream cuts expose the calcareous bedrock and soils preferred by this plant. Most often the plants are found near the tow of the slope and could be present within the floodplain zone of these small streams. A few populations are known from more upland settings associated with calcareous soils, but these populations tend to be much smaller (New York Natural Heritage Program 2006). Moist woods, usually on calcareous soils (Rhoads and Black 2000). Rich moist woods to semi-open rocky slopes and outcrops, usually over limestone or other calcareous rocks, at elevations of 100-800 meters (FNA 1997). Rich woods, preferring calcareous soil (Gleason and Cronquist 1991). Rich deciduous woods, including floodplains and well-drained slopes (Voss 1985). Woods (Fernald 1970).

Twinleaf is an early spring wildflower that flowers before the forest trees have leafed-out. When it flowers, the stems are about 8 inches high with small two-lobed leaves that look like butterfly wings. Later in the season the expanded leaves grow taller, up to 20 inches, and obscure the stems. The showy white flowers are solitary at the top of each stem, have eight separate petals and are about 1/2" to 1 inch wide with yellow stamens in the middle. An individual plant may hold its flower for a few days. The fruit is walnut-shaped, smooth and shiny green, and often sticks out above the leaves. When the fruit is mature it splits around the top and opens like a lid, releasing the seeds.

This is a perennial spring wildflower. The white flowers have eight distinct petals, although four drop off very quickly. The leaves are on a long petiole up to 50 cm tall. These leaves are deeply cleft into two large symmetrical lobes. The fruit capsule is 2-3 cm long and shiny green to yellow in color. This spring plant typically grows in clustered colonies where populations often include 100s to 1000s of individuals.

This is a very unique looking plant that can be identified in leaf, flower, or fruit; although it is easiest to locate while in flower. A photograph should suffice as evidence/verification.

This is a very easy to identify spring wildflower that is not easily confused with other wildflowers. Some may initially confuse the flower with bloodroot (Sanguinaria canadensis), but the leaves of these plants are very different.

This spring wildflower flowers from mid-April to mid-May. Fruits begin to appear in May with seeds dispersing by mid-summer. Vegetative leaves persist until the first frosts, although the leaves are in poor shape by late summer. Since this plant is easiest to locate while flowering, surveys are most effective when conducted mid-April to mid-May; however, this plant can be identified vegetatively so surveys could continue until late summer.

The time of year you would expect to find Twinleaf vegetative, flowering, and fruiting in New York. 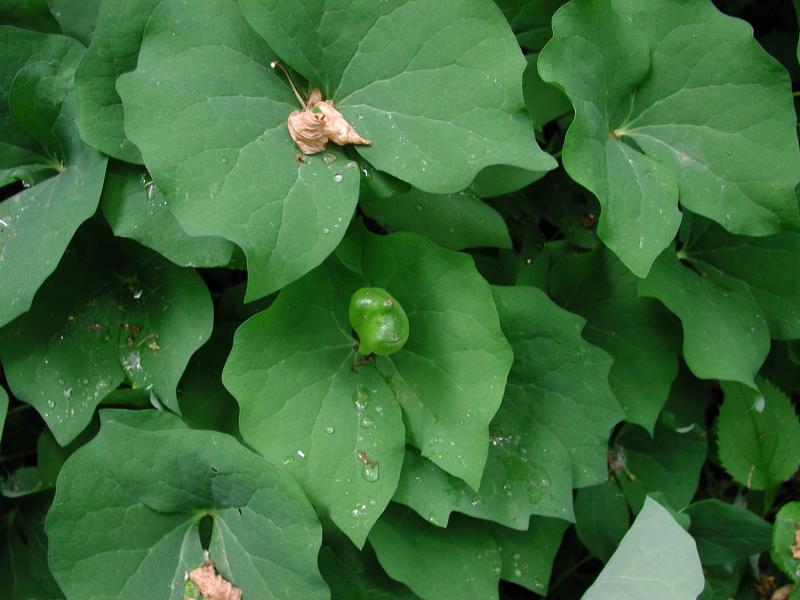 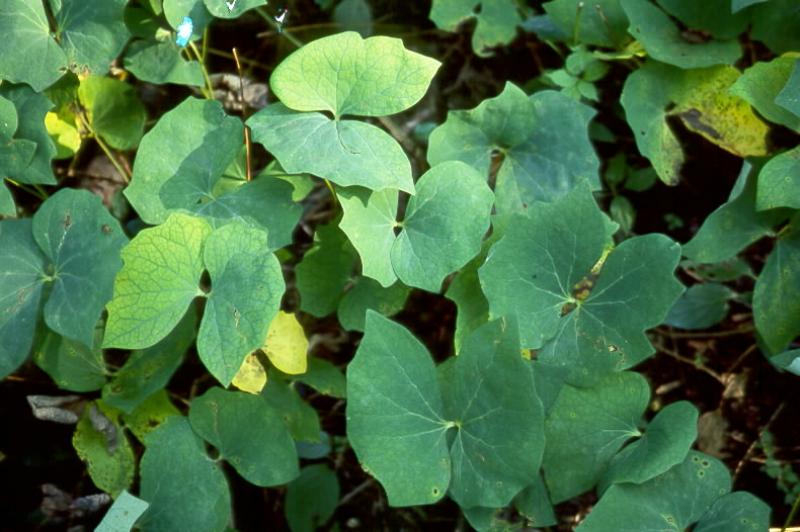