Auricled twayblade was described as a separate species in 1899, the last of the Listera species to be recognized. The genus is named for Thomas Lister, a seventeenth century naturalist, perhaps the first to suggest the need for and usefulness of geologic surveys. Throughout most of its range it lives along streams and rivers where it is subject to annual flooding.

This orchid has only been observed at two locations in New York, and only one site is known today. There is plently of additional available habitat, but surveys are difficult since this is such a small plant, and populations tend to be small and local. More survey work is needed.

New York is at the southern edge of the range of this orchid. This orchid has always been rare in New York. The known population is monitored frequently and the population seems to flucuate from year to year. The average population size over a 5-10 year period seems relatively stable though.

As a plant that has always been rare, a long-term assessment is difficult. The number of populations appears to be relatively stable. Targeted surveys may locate additional populations, but this small plant is difficult to find. There is plenty of suitable and high quality habitat available within the Adirondacks and Tug Hill, so there is the potential that we will find more populations over time. These populations would not necessarily indicate an increasing trend though, but just reflect an ability to locate populations that likely have been present all along.

This orchid is restricted to the Adirondack and Tug Hill regions. Even within these regions, it is very habitat specific and has only been reported from two locations.

Auricled twayblade is a small hard-to-see orchid that only grows 4-10 inches tall. Halfway up the stem are two opposite, egg-shaped leaves 1-2 inches long and perpendicular to the stem. The stem above the leaves is glandular-hairy and produces 10-20 flowers. Flowers have tiny, narrow white sepals and petals that bend back and a conspicuous, broad, greenish white lip with a darker green center. The lip is slightly narrowed in the middle with two short lobes at the tip and two short lobes at the base which project upward into the center of the flower.

This small orchid is 10-25 cm tall. The ovate leaves are 2-5 cm long. The rachis (main axil of inflorescence) is glandular, but the pedicel and ovary are glabrous. There may be up to 20 flowers per inflorescence, with pale green lips. The lip is 6-11 mm long, and nearly as broad near the base as it is near lip summit. There are no lateral teeth near the lip base, but there may be a pair of minute lobes (i.e., auricles and the reason for the name) that curve around and clasp the column. The column is 2.5-3 mm long.

Listera cordata and Listera australis have a lip that is cleft, with the lip having linear segments, and a column that is less than 1.5 mm long. Listera convallarioides has a lip that is narrowed to the base and usually has two small lateral teeth near the base of the lip. There is a known hybrid between Listera auriculata and Listera convallarioides (Listera x veltmanii) that is indeed intermediate between these two parents. This hybrid has lobes near the base of the lip, but these lobes project away from the column. This hybrid may also back-cross with either parent. The hybrid should be sought where both parents are thought to be in close proximity.

This plant flowers from June to early July, with fruits persisting until snowfall. Surveys are best conducted when this plant is in flower.

The time of year you would expect to find Auricled Twayblade flowering and fruiting in New York. 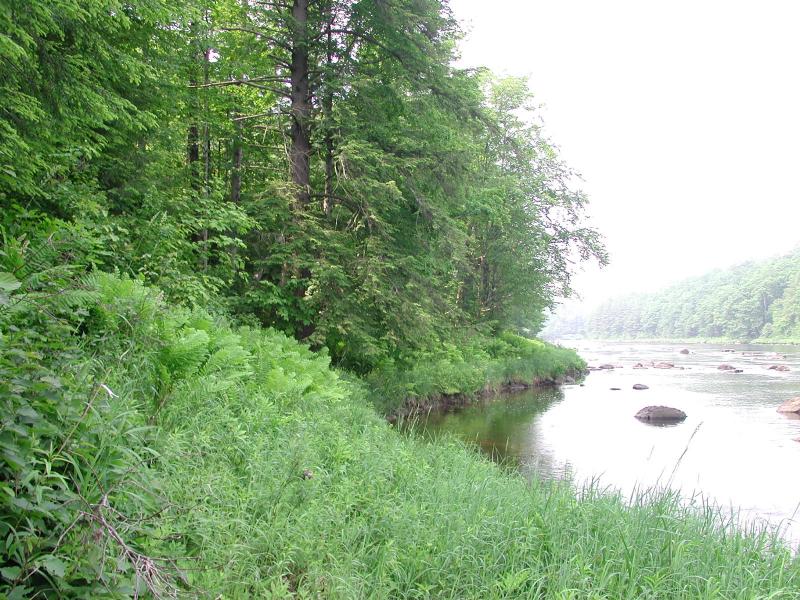 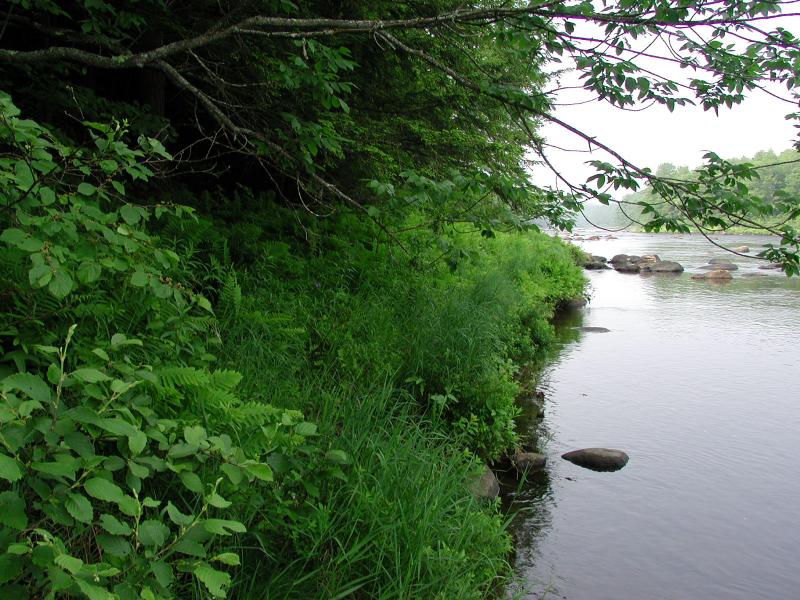 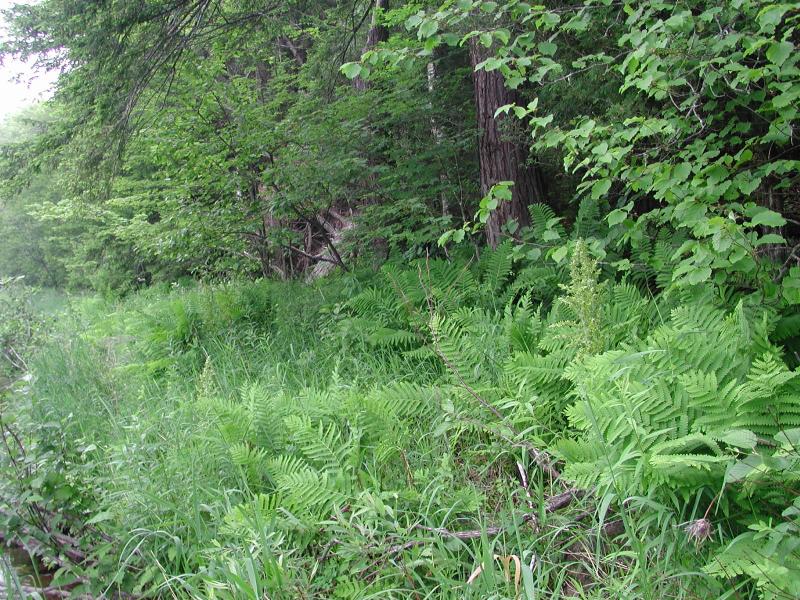 Whiting, R.E. and P.M. Catling. 1977. Distribution of the auricled twayblade orchid (Listera auriculata) in Canada and description of the new stations in southern Ontario. Can. Field Naturalist 91(4): 403-406.