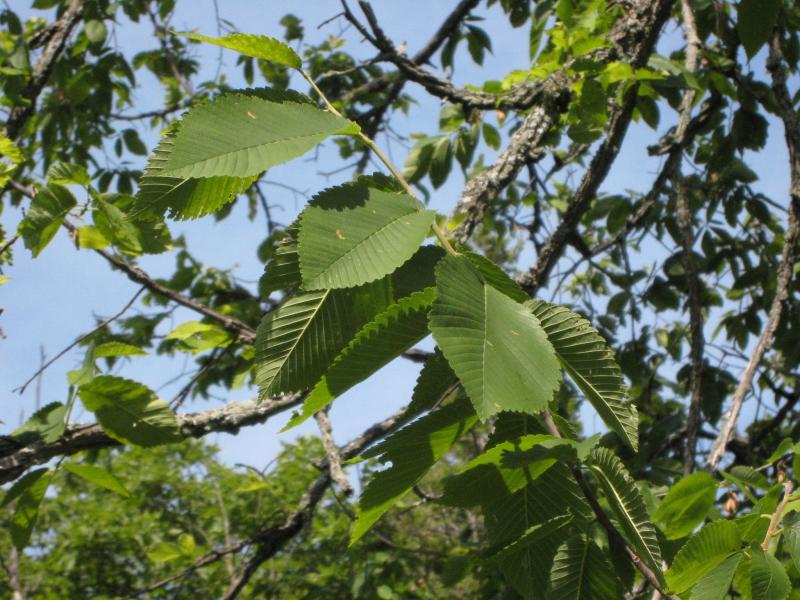 Ulmus thomasii is known as "Cork Elm" for the distinctive corky ridges on its twigs and branches. It has the hardest and heaviest wood of the elm species, and is desirable for use in furniture, tools, and fence posts. Another common name, "Rock Elm", may refer to the hardness of the wood or to its preferences for rocky ridgetop habitats (Little 1979).

There are at least 35 existing sites, and about 50 historical sites, mostly known from the 1930s and before. Like our other elm species, Ulmus thomasii is threatened by Dutch Elm Disease.

In recent years about over 20 new populations have been discovered.

The long-term trend for this species is unknown, though it apparently has persisted in its limited geographical range in the state.

Dutch Elm disease is a threat to populations of Cork Elm. Larger trees may also be threatened by logging. The elm zigzag saw fly maybe a future threat.

Care should be taken to avoid cutting the species in logging operations.

Ulmus thomasii is known from scattered locations in most of northern New York. It is rarely found in large stands but seems to occur sporadically in small numbers.

Cork Elm is found from Quebec and Vermont in the northeast, south and west through New England along the Appalachians as far as Arkansas, and in the Midwest and Plains states as far north as the Dakotas and Ontario. It is most common in the Great Lakes region.

Ulmus thomasii is a medium-sized tree, commonly reaching up to 70 to 80 feet in height, and occasionally up to 100 feet (Burns and Honkala 1990), and may live for up to 300 years. It has a strongly upright form and a narrow crown, markedly different from the spreading shape of American Elm (Ulmus americana). The bark of the trunk is furrowed with flattened, spongy ridges, similar to that of American elm. Young twigs are covered in short hairs, and have reddish buds much like those of American Elm, but twigs a year or more old become covered in the distinctive corky ridges that give the plant its name. The leaves are alternate, with doubly-toothed margins and asymmetrical bases, and are smooth to only slightly pubescent. They also tend to be somewhat shiney and papery in feel, unlike those of American Elm or Slippery Elm. The flowers are small and lack petals, occur in racemes up to 4 cm long and appear in early spring before the leaves. The fruit are flattened, round samaras, notched at the top, and covered with soft hairs.

Mature Cork Elm can be identified at any time of year.

Ulmus thomasii is the only elm species native to New York which has corky wings on the older twigs and branches. Not every twig develops the corky wings, however, so it may be necessary to look at several. The other two common elm species in New York, Ulmus americana and U. rubra, also both have smooth fruit, more pubescent, softer leaves (unlike Cork Elm's papery leaves), and are not typically found on the dry, limestone ridges and outcrops favored by Ulmus thomasii.

Cork Elm is very similar to Ulmus alata, a southern species which in New York is known only from cultivation. Ulmus alata has smaller leaves, the largest 4-7 cm long, and both young and old branches may have corky bark.

This woody plant may be identified year-round using the very unique and characteristic corky bark. Fruits may be present late April through May.

The time of year you would expect to find Rock Elm vegetative, flowering, and fruiting in New York. 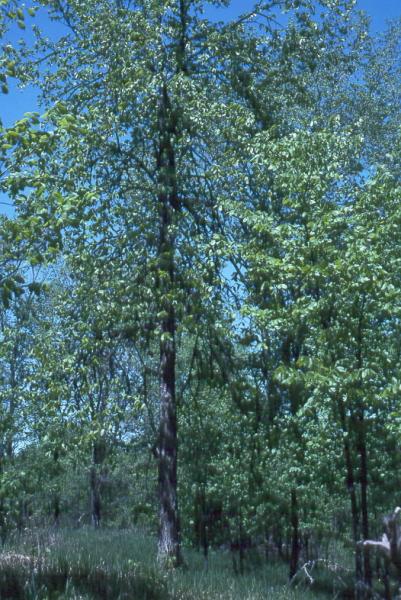 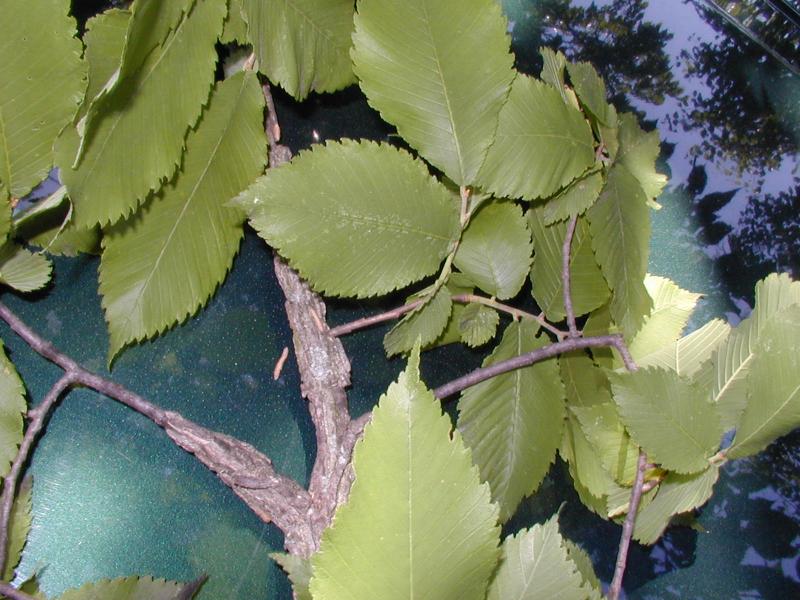 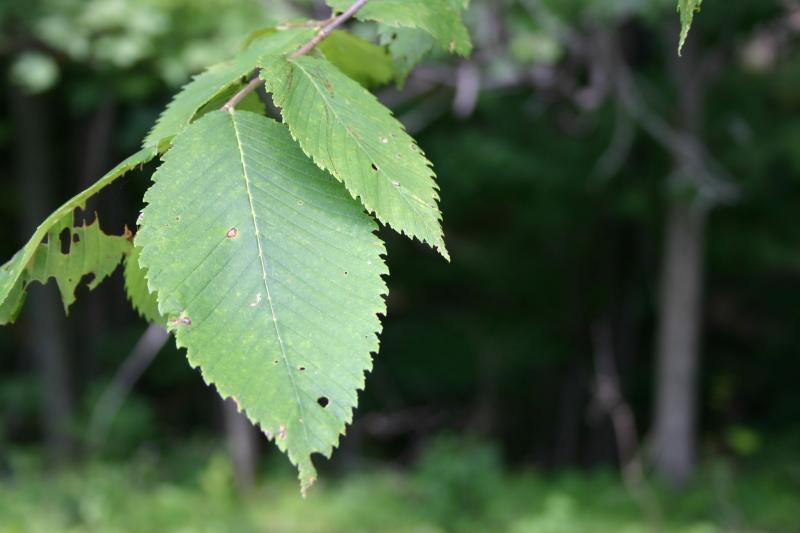