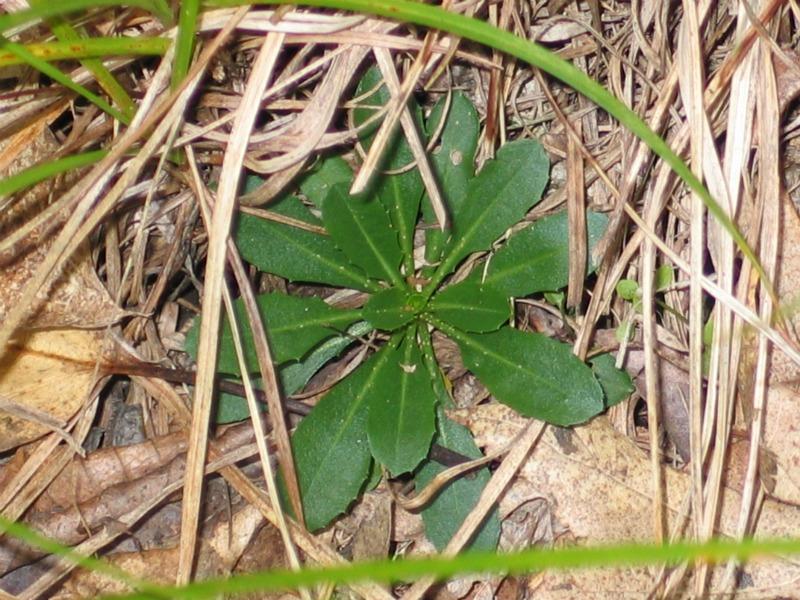 The genus, named for the Danish botanist Tyge Wittrock Böcher, is endemic to North America. The species is named for the State of Missouri. Green rock-cress is considered a facultative biennial. It puts forth a rosette of basal leaves in its first year, then produces a flowering stalk the following or a subsequent year (dependending on conditions), after which the individual plant dies.

There are 12 known populations in New York. One of these is protected at a Nature Conservancy preserve. Since there appears to be plenty of suitable habitat, the causes of this plant's rarity are not well understood. There are about 12 additional historical records, and potential habitat still to be checked across the state.

The existing populations of this plant seem to be persisting, and there is no reason to expect marked population changes in the short-term.

Additional research and inventory is needed to assess this species' distribution and long-term population trends.

Habitat loss is a potential threat to known New York populations, which are mostly unprotected. Other Boechera species suffer herbivory, though the threat herbivory poses to New York's populations of B. missouriensis is unknown. Some populations are along trails, where they may be trampled or sprayed by herbicides.

Trails should be re-routed to prevent trampling of trailside populations.

Additional inventory of this species is needed, including at historical locations. It unclear why this species is unreported from western New York, given apparently plentiful habitat and a range extending west beyond the state. Green rock-cress may be overlooked where it grows among populations of similar Boechera species.

In the Northeast, this is a species of rocky upland habitats, growing from cracks and crevices in cliffs, ledges, talus slopes, and rocky woodlands Different authorities have characterized the species as preferring acid, circumneutral, or calcareous conditions, and in New York it has been found on varying substrates, including sandstone, shale, limestone, and limy amphibolite. It has most often been found growing in open or partially open conditions (New York Natural Heritage Program 2007). Moist or dry,rocky or sandy woods and hills (Gleason and Cronquist 1991). Circumneutral bluffs, ledges or rocky woods (Fernald 1970). Sandy open woodlands and fields (Voss 1985). Thin soils around basic rock outcrops (North Carolina Natural Heritage Program 2006).

Green rock-cress is found in the eastern part of New York, from the upper Hudson and Champlain watersheds in the north, to the lower Hudson Valley and Long Island.

Green rock-cress is found from Quebec, southern Maine and all of New England south to Georgia, and as far west as Ontario, Michigan and Oklahoma.

Green rock-cress is a tap-rooted biennial herb. Like other Boechera species, it has a compact rosette of basal leaves, the lowest of these spatulate with dentate margins, and the remainder lyrate (fiddle-shaped) - pinnatifid, and pubescent. From this base grows a single stalk 15 to 30 cm tall, bearing both leaves and flowers. The leaves of the stem are clasping and auricled at the base, and the flowers have 4 small (around 1cm) white petals. These mature into slender elongate fruit called siliques, which in this species are 5 to 9 cm long and divergent from the stem.

Mature fruit are the basis of most keys; it may be possible to find specimens which are flowering at the top of the stalk, and in fruit below. Characteristics of both the basal and the cauline leaves are also useful.

The taxonomy of Boechera is complex, and recent revisions (Windham and Al-Shehbaz 2007) for the upcoming treatment in the Flora of North America recognize some species not fround in older guides and floras. As currently understood, there are 5 other taxa of Boechera in New York (Weldy and Werier 2005) . Boechera missouriensis' stem leaves are clasping and mostly entire, which distinguishes the species from B. canadensis (stem leaves not clasping) and B. shortii (stem leaves mostly toothed). The mature fruiting stalks of Boechera missouriensis are spreading or divergent, differing from those of B. stricta (fruit erect and closely appressed to the stem) and B. grahamii (fruit pendant).

In New York flowering occurs from May to July, when the fruit begins to mature. The leaves persist as the fruit matures, into August. If found in July there may be both flowers and fruit present, facilitating identification.

The time of year you would expect to find Green Rock Cress flowering and fruiting in New York. 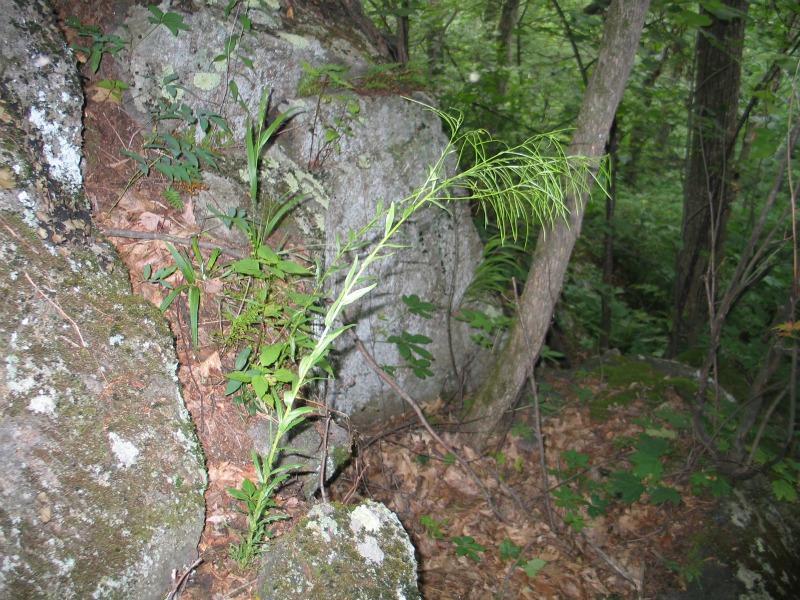 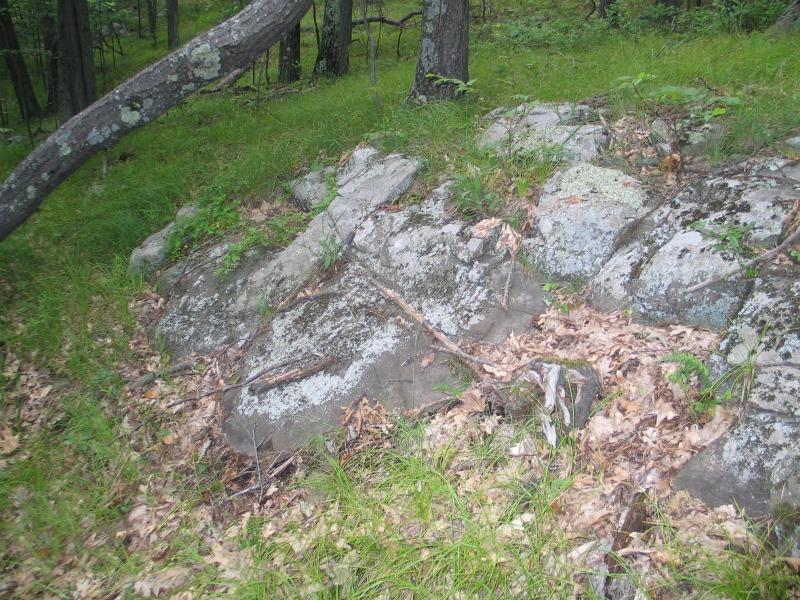