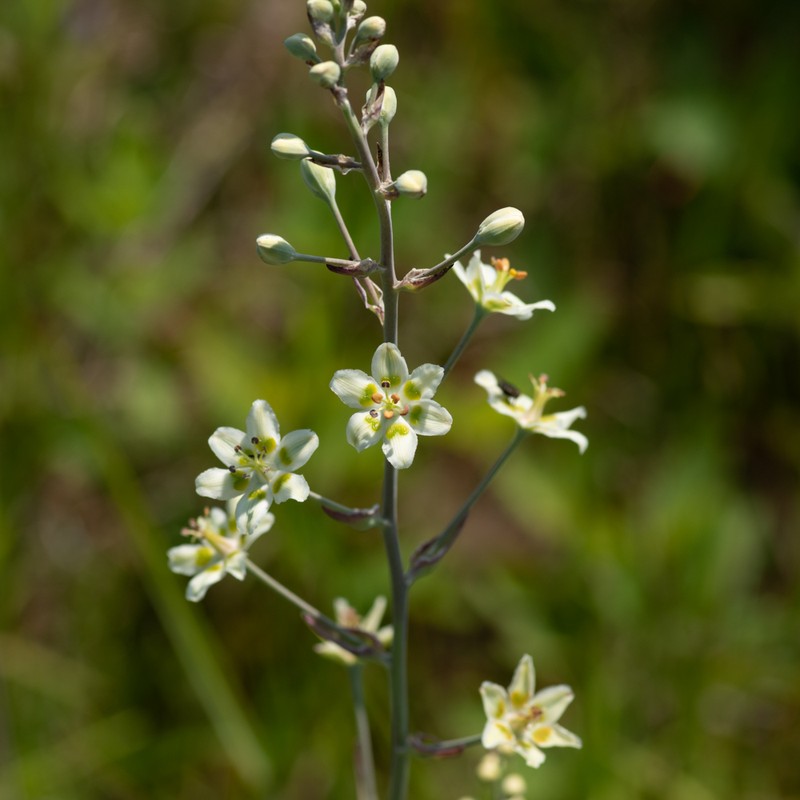 The mountain death camus is very poisonous to humans and livestock and is said to be more potent than strychnine. All parts are poisonous and livestock can be affected in the early spring when the fresh green leaves start to grow.

There are nine existing populations and almost all of them are large. One small population has not been seen since 1992. There are five historical populations. One site near Syracuse was extirpated by development.

Long-term trends are stable to increasing since most of the historical populations still exist and new populations have been found in Jefferson County.

Invasive species are increasing at these sites, especially black swallow-wort, bush honeysuckle, and garlic mustard. ATV use in alvar areas can threaten populations. Some plants that are visible in public parks may be threatened by collection.

This plant is restricted to the calcareous region along the St.Lawrence River south to eastern Lake Ontario and calcareous outcrops along the Genesee and Niagara Rivers, with some historical collections known from along the Onondaga Limestone Escarpment.

Anticlea elegans ssp. glaucus reaches its eastern limit at Lake Champlain, ranges west to North Dakota,and is found in scattered locations along the Appalachians south to Tennesse and west to Missouri. All of our New York plants are subspecies glaucus. The other subspecies, elegans, is generally north and west of ssp. glaucus, though the ranges are somewhat overlapping.

Anticlea elegans var. glaucus grows from bulbs with erect stems reaching up to 60 cm tall. The leaves are glaucous, especially when young, and crowded towards the base. The inflorescence is an elongate panicle 5 to 45 cm long. Its bracts are herbaceous, taper to a firm narrow pointed tip and are strongly infused with green, brown, bronze or purple color. The flowers have creamy white to greenish yellow tepals 7 to 15 mm long, and a distinctive, strong odor. A single conspicuous, heart-shaped gland is present below the middle of each tepal. The fruits are narrowly oval-shaped cones 1 to 1.4 cm long and 5 to 8 mm in diameter, barely exceeding the perianth (Fernald 1950).

Anticlea elegans var. glaucus grows from bulbs with erect stems reaching up to 60 cm tall. The outer bulb coat is fibrous. The leaves are glaucous especially when young, and crowded towards the base. The inflorescence is an elongate, narrow oval tapering at both ends (lanceolate) to an egg-shaped (ovoid) open panicle 5 to 45 cm long. Its bracts are herbaceous, taper to a firm narrow pointed tip and are strongly infused with green, brown, bronze or purple color. The base of the outer portion of the flower (perianth) is connected with the ovary, the sepals and petals are 7 to 15 mm long, and creamy white to greenish yellow. A single conspicuous heart-shaped gland is present below the middle of each petal. The flowers have a strong, distinctive odor. The fruit capsules are a narrowly oval-shaped cone 1 to 1.4 cm long and 5 to 8 mm in diameter, and barely exceeding the perianth (Fernald 1950).

Flowering or fruiting individuals are best for identification.

This plant was formerly in the genus Zigadenus. The remaining Zigadenus species in New York (Z. leimanthoides) Z. leimanthoides is only found along the coastal plain of Long Island, outside the known range of Anticlea elegans ssp. glaucus. The two are also easily distinguished morphologically. The tepals of Zigadenus leimanthoides are smaller (3-6 mm) with only a single unlobed gland at the base. Vegetatively, A. elegans var. glaucus could look like a number of members within the Liliaceae (especially Veratrum and Amianthium species), so it is important to identify the plant with fruit or flowers.

The time of year you would expect to find White Death Camas flowering and fruiting in New York. 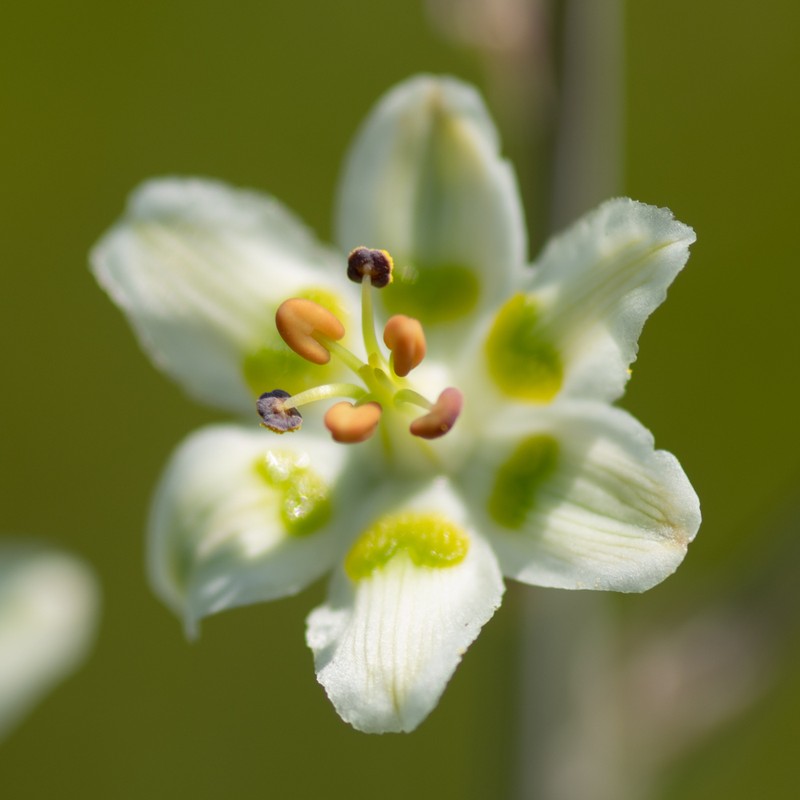 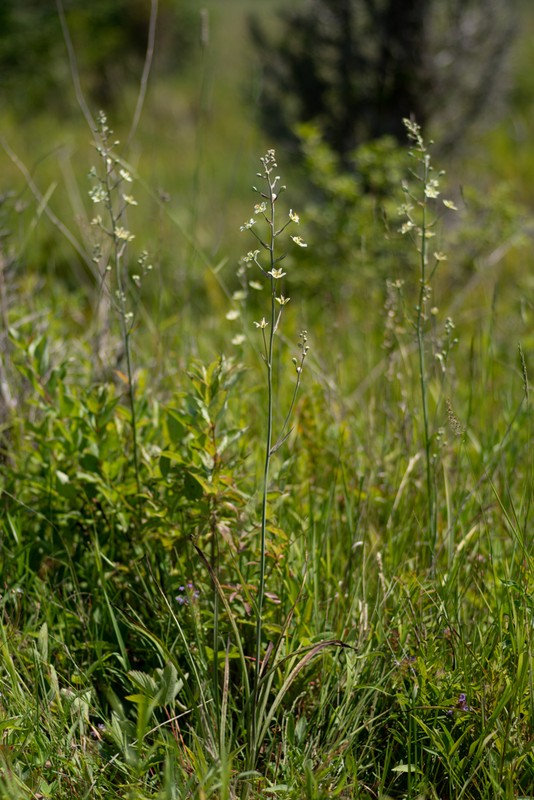 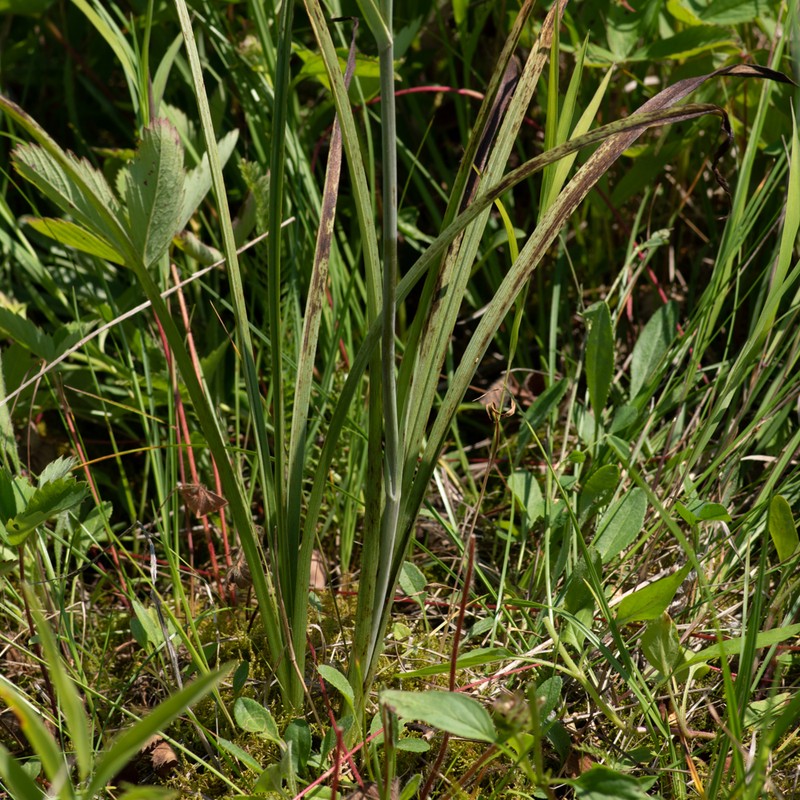 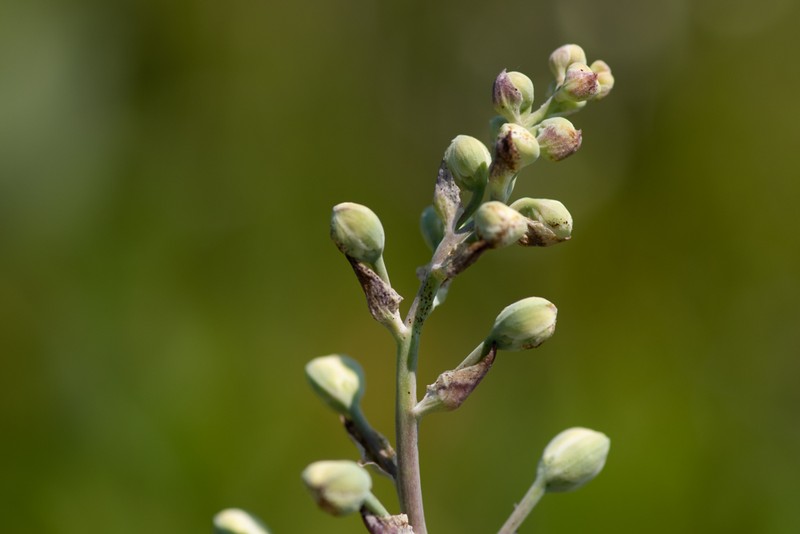 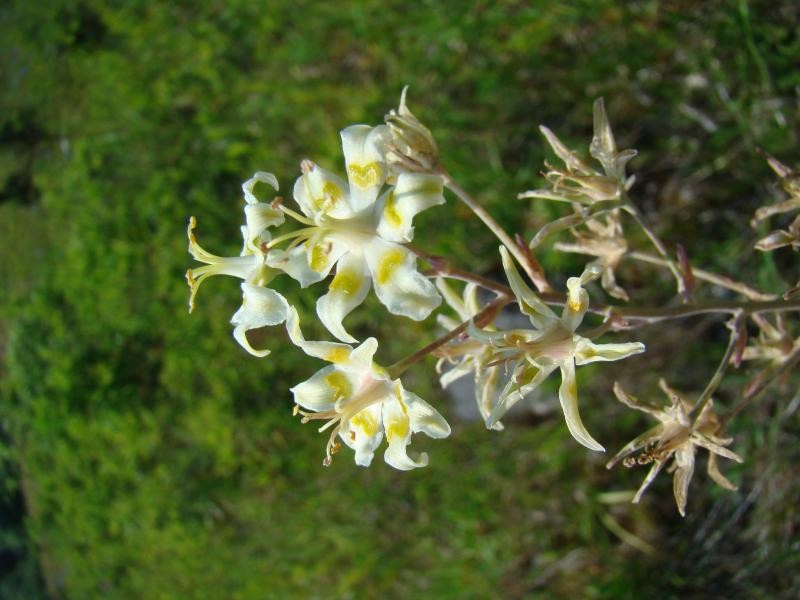 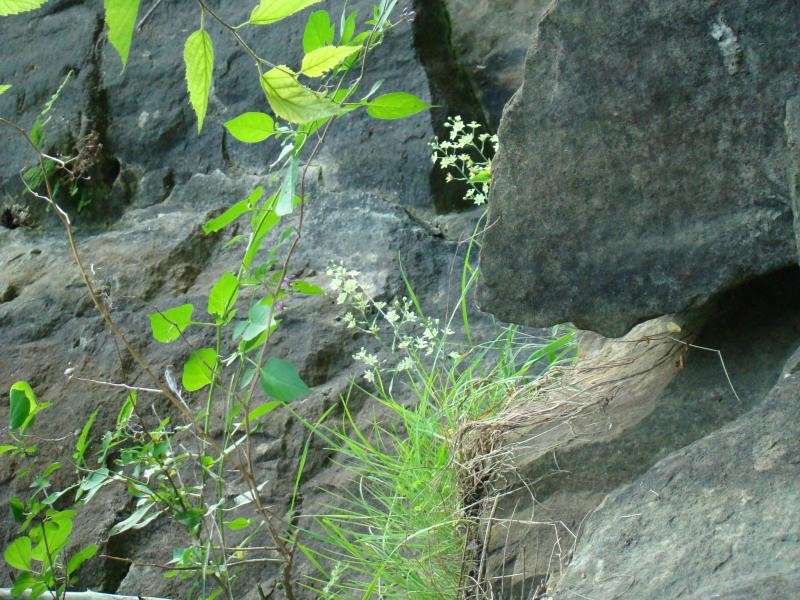 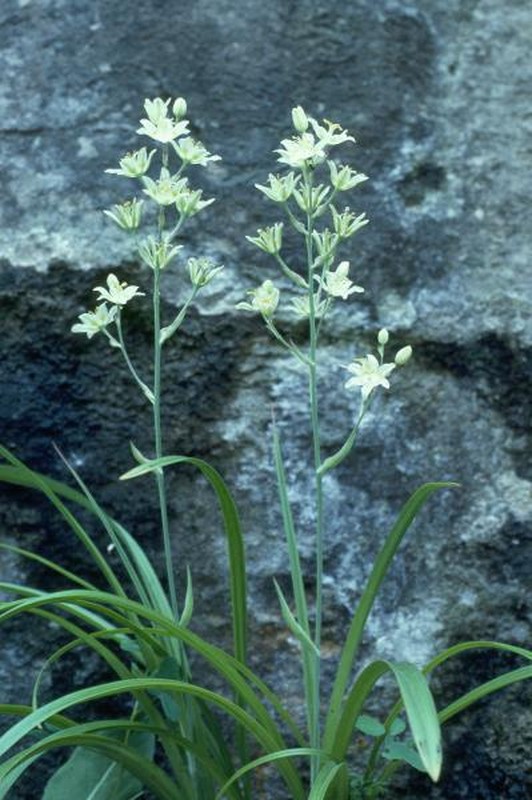 Based on molecular and morphological studies the genus Zigadenus has been segregated into a few distinct genera including Anticlea.

Information for this guide was last updated on: October 25, 2022