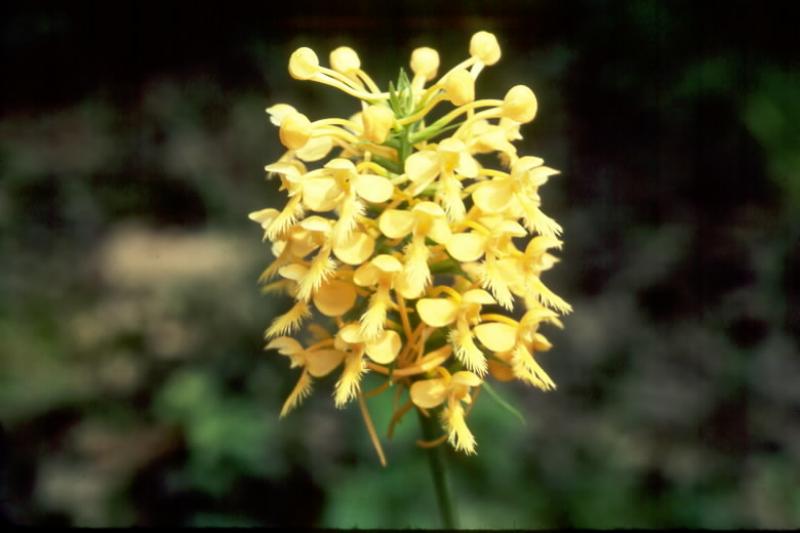 This orchid used to be much more common in New York with 40-50 historical occurrences. Development around New York City and Long Island drastically reduced numbers to the three small populations we know today.

There are only three existing populations, none with more than 30 plants and none are protected. There were 40-50 historical occurrences but the majority of these have been extirpated by development.

Historically, there were 40-50 populations known mostly in southeastern New York but these have been reduced to 3 small populations on Long Island.

Research is currently needed to find out if the current populations can be recovered to more robust numbers.

This is an orchid of the Southeastern US, most common from the Virginias southeast to Arkansas and Texas and south to Florida. It is scattered and rare from Eastern Oklahoma and Missouri northeast to the Midwest, east to Maryland and north to New York and New England.

Orange Fringed Orchids have a central stalk from 24 up to 100 centimeters tall, with two to four alternate, spreading to ascending, lanceolate leaves, abruptly reduced to bracts above. The many showy, orange flowers are borne in a dense spike, the lower end maturing first. The lip is 8 to 19 millimeters long, and has a ragged lower edge with many long, delicate fringes. The spur is slender and long, from 20 to 35 millimeters long, nearly equalling or exceeding the ovary, and pointed backwards (FNA 2002).

Flowering specimens are best for identification, as flower color most easily distinguishes this species from Platanthera blephariglottis.

Platanthera cristata's flower has a spur only 5-9 mm long, and is smaller throughout than Platanthera ciliaris. Platanthera blephariglottis has white flowers.

Orange-fringed Orchid flowers from mid-July through September, and the fruits may persist through December where there is no snow.

The time of year you would expect to find Orange Fringed Orchid flowering and fruiting in New York. 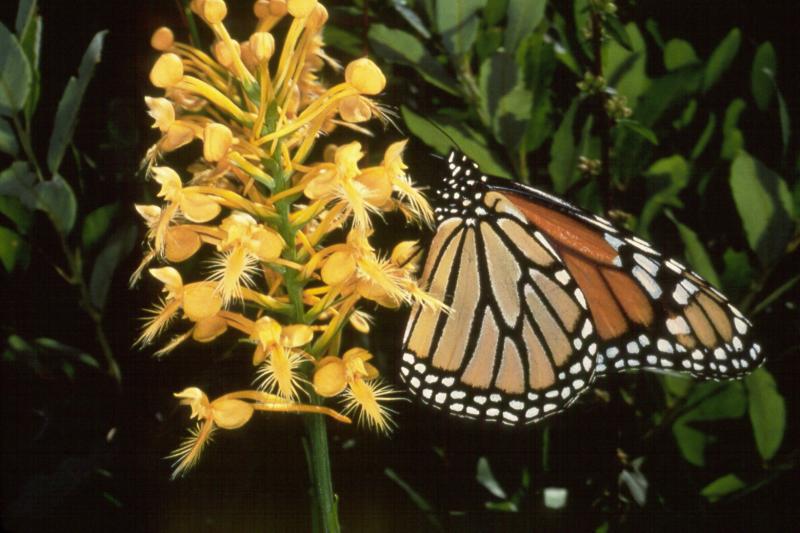 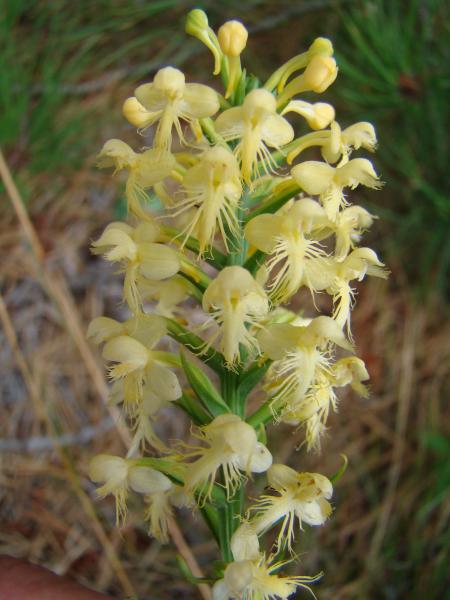