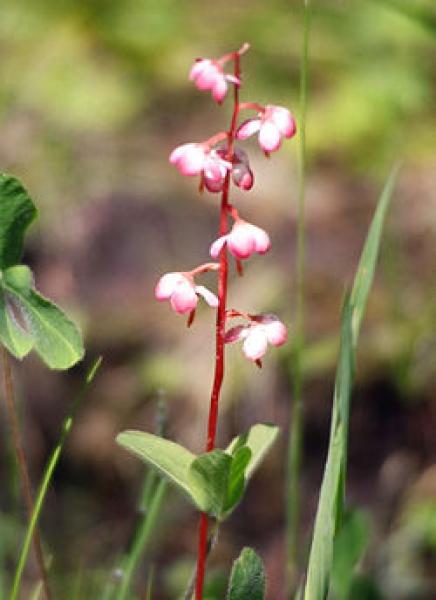 The roots of Pink Wintergreen and other species of the genus Pyrola have symbiotic associations with soil fungi. The seeds have not been grown in artificial environments, and apparently require soils with certain fungi species present in order to germinate. "Wintergreen" refers to the evergreen basal leaves.

There are 16 verified and 11 historical occurrences in New York.

Three new populations have been discovered in the last decade, and the other verified populations appear to be persisting.

There are at least 19 historical populations which need to be surveyed for in order to determine long-term trends in the state.

Trampling and logging are potential threats to the species at some sites in New York.

Pink Wintergreen is known from northern regions of the state, from the St. Lawrence Seaway area and Adirondacks, south to the Capital District, Syracuse, and Buffalo areas.

Pink wintergreen has a circumboreal distribution. In North America it is found throughout the boreal forest zone of Canada, south in the U.S. to the mountain west, and east to the Dakotas, the upper midwest, Pennsylvania, New York, and northern New England.

Pink Wintergreen is a perennial wildflower species, with basal leaf rosettes growing from long, branched rhizomes. The basal leaves are evergreen, shiny, and leathery, 3 to 6 cm long, elliptical to kidney-shaped with fine teeth on the margins, and petioles longer than the blades. The bell-shaped flowers point downward, and are borne on a single, unbranched, central stalk, with 1 to 3 tiny or "scale" leaves. The sepals are triangular, longer than they are broad, and overlap slightly at their bases. The petals are pinkish, and 5-7 mm long.

Flowering specimens are best for identification.

Pyrola rotundifolia has white flowers, the sepals are not overlapping at the base, and the leaf blades are rounded to nearly truncate (not cordate) at the base, often tapering onto very narrowly winged petioles. Pyrola elliptica has opaque and thin leaf blades that are usually longer than the petioles with white petals (rarely pink). Pyrola elliptica is variably and often confused with P. rotundifolia or P. asarifolia. The most reliable characteristic to distinguish P. elliptica is the bracts at the base of the pedicles which are usually less than 0.8 mm broad (rarely to 1mm) compared to P. rotundifolia/P. asarifolia which have bracts 1-3.2 mm broad.

The time of year you would expect to find Pink Shinleaf flowering in New York. 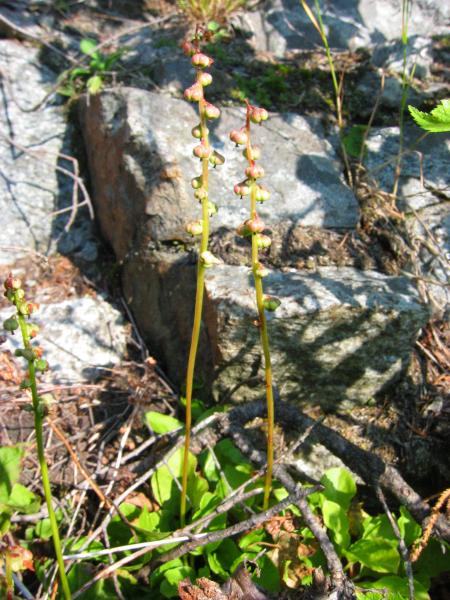 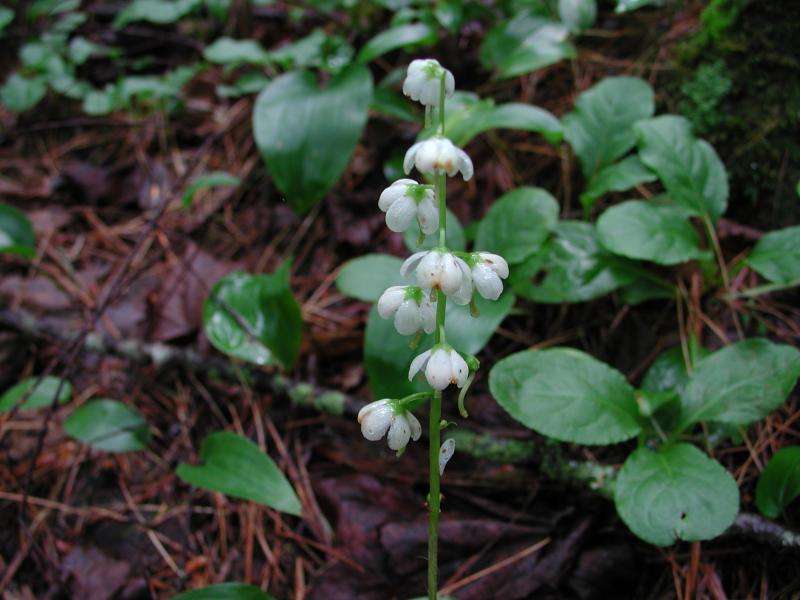