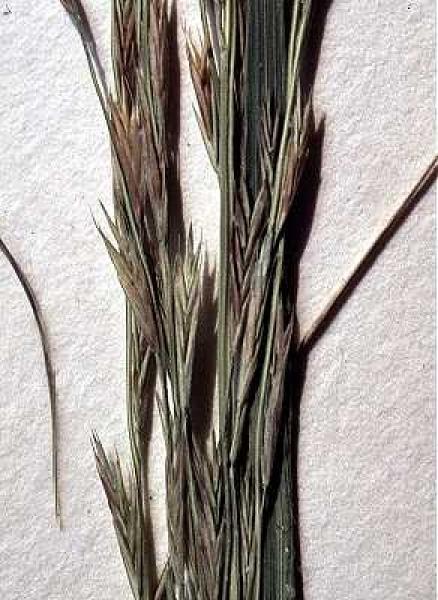 This grass was formally put in the genus Diplachne (as Diplachne maritima, first described from Nantucket [Bicknell 1968]) but it was shown that the fruit characters that separated it from Leptochloa were not consistent (Snow 1998). The common name sprangletop comes from the word sprangle, meaning going in all directions, and refers to the orientation of the flowering branches in this genus.

There are six existing populations in the natural areas but only one of them is large, with over 10,000 plants. The plan is now being seen commonly on roadsides in the New York City area and Syracuse area.

Long-term trends are apparently negative, with some populations lost to wetland destruction and the ongoing threat of Phragmites incursion into most current populations.

This grass of brackish/saline environments is currently known from Long Island and the inland salt ponds and roadsides of central New York. There is also one historical record from Rockland County in the southern Hudson Valley.

This grass occurs throughout the United States but is rare in the Northeast in New York, Massachusetts, and Connecticut. It is considered exotic in Michigan, Ontario, and Québec.

Salt-meadow Grass is an annual species with prostrate stems up to 110 centimeters long, growing in circular clumps. The leaves are up to 3 millimeters wide, the uppermost ones sometimes longer than the panicles. Its infloresence is a panicle, with spreading branches usually partially enclosed within the tops of the leaf sheaths. The spikelets are 5 to 12 millimeters long. It has lance-shaped lemmas, either sharp-tipped or with an awn up to 3.5 mm long. The seeds are 0.8 to 2 mm long (FNA 2003).

This grass is best identified when the plant has mature fruit.

Previously three Leptochloa taxa were recognized in New York (Mitchell 1985), separating two non-native subspecies from the native one. Subsequent work has lumped these taxa, and now Leptochloa fusca ssp. fascicularis is considered to be the only member of the genus in New York (NYFA 2010).

Salt-meadow Grass flowers in early July, with the fruits persisting until the first frost.

The time of year you would expect to find Salt-meadow Grass flowering and fruiting in New York. 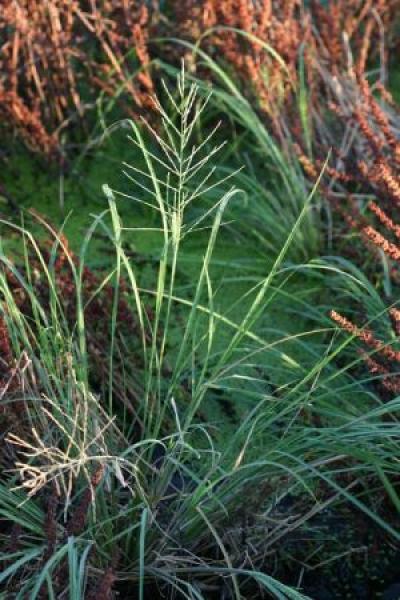 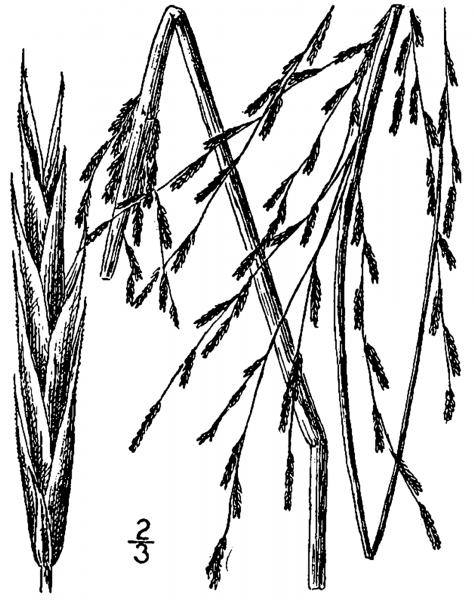