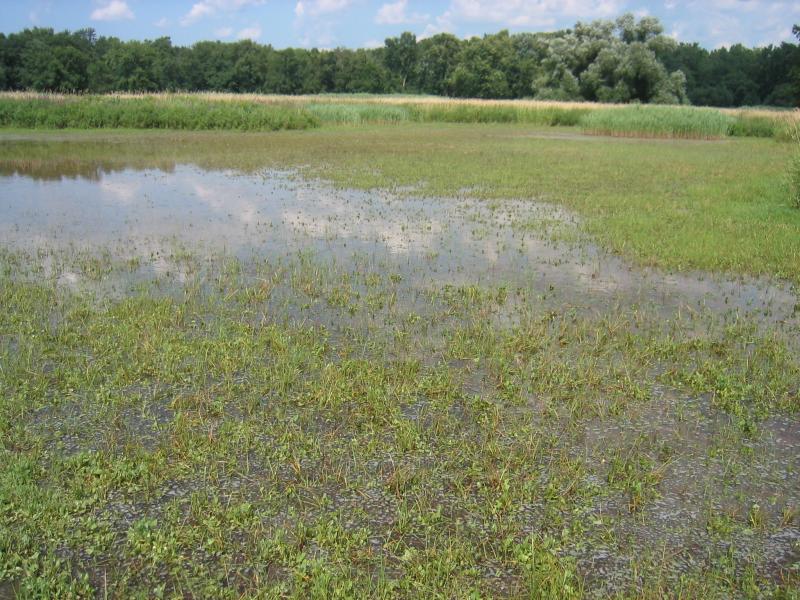 The first area away from the ocean coasts in the United States where the substantial production of salt took place was the Onondaga Lake area in central New York state.

This small patch community has been degraded or destroyed throughout its range. The largest examples were likely lost to activities related to salt mining and other industrial development. New York State is at the edge of the range of the community. There are less than five occurrences statewide, and probably not many more historically given that its range is primarily restricted to areas associated with inland salt springs in central New York. Although one documented occurrence has good viability, there are no high quality examples known in the state (i.e., no A- to AB-ranked occurrences). Only two inland salt marshes are protected on public land or private conservation land. The current trend of this community is declining moderately as a result of invasive species, agricultural and urban development, and alteration to the natural hydrology.

The number and acreage of inland salt marshes in New York have declined in recent decades as result of habitat destruction (e.g., filling of wetlands) and the spread of invasive species, such as common reed (Phragmites australis).

The number and acreage of inland salt marshes in New York have probably had a large decline (about 85%) from historical numbers likely correlated to the salt mining industry and other development.

There is a need for research focusing on identifying and compiling information on previously known and suspected locations of inland salt marshes. Research is also needed to understand both the historical range of variation in water level fluctuations from year to year and how the composition and abundance of the mud flats vegetation varies in conjunction with these fluctuations.

This community is restricted to the Great Lakes plain in Wayne, Seneca, Cayuga, and Onondaga counties. New York sites are at the eastern edge of range extending to Michigan and Indiana.

This inland salt marsh community type is found in scattered locations in the upper midwestern United States in the Great Lakes region, including Illinois, Michigan, and central New York.

This herbaceous wetland community occurs on saline mudflats associated with inland salt springs. Within New York it is only known from the central portion of the state. The mucky substrate is permanently saturated and seasonally flooded. Vegetation ranges from 50-75% cover and sparse on exposed mudflats after drawdown.These salt springs are rare, and they usually occur as relatively small patches within deep or shallow emergent marshes.

Known examples of this community have been found at elevations between 370 feet and 380 feet.

These marshes are most scenic during flush conditions in July and August, where any the surface water present is low in iron. At this time the characteristic flora is in full bloom, and these marshes are in their most aesthetically pleasing stage. 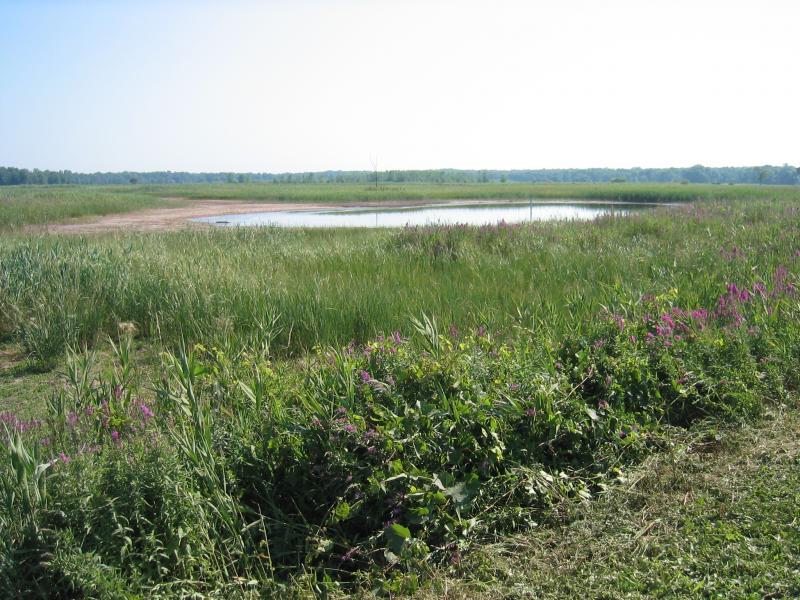 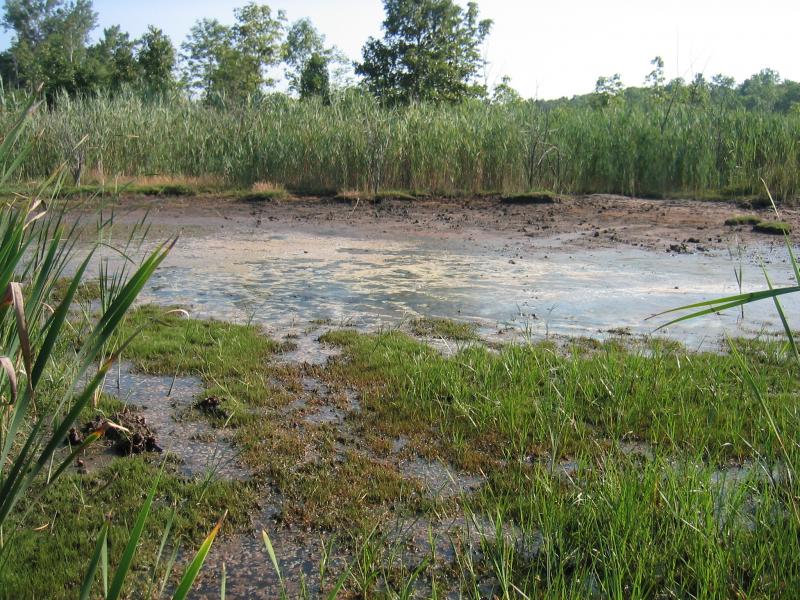 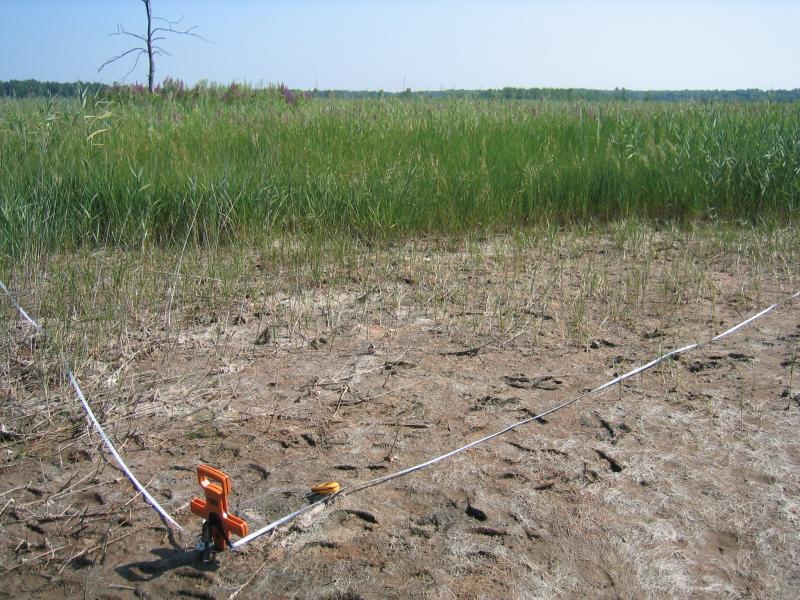 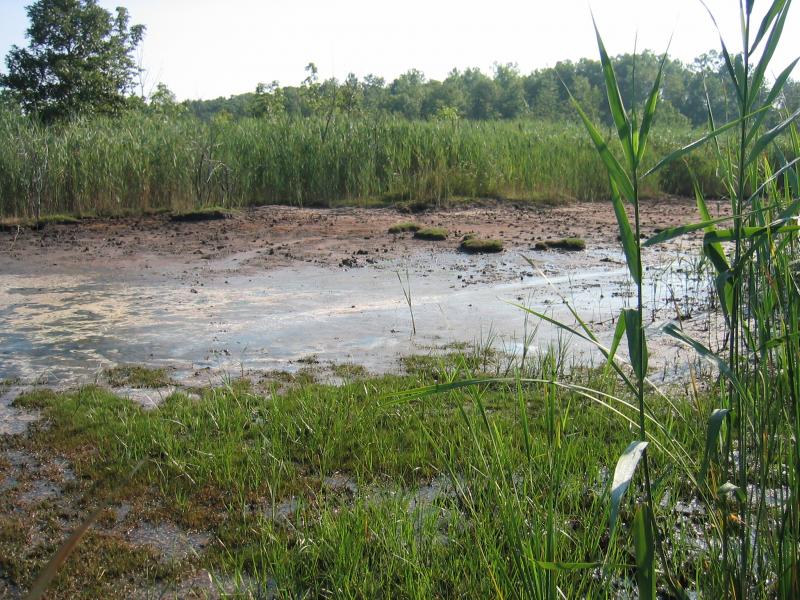 This figure helps visualize the structure and "look" or "feel" of a typical Inland Salt Marsh. Each bar represents the amount of "coverage" for all the species growing at that height. Because layers overlap (shrubs may grow under trees, for example), the shaded regions can add up to more than 100%.

Marcus, Bernard A., H.S. Forest and B. Shero. 1984. Establishment of freshwater biota in an inland stream following reduction of salt input. Canadian Field-Naturalist 98(2):198-208.