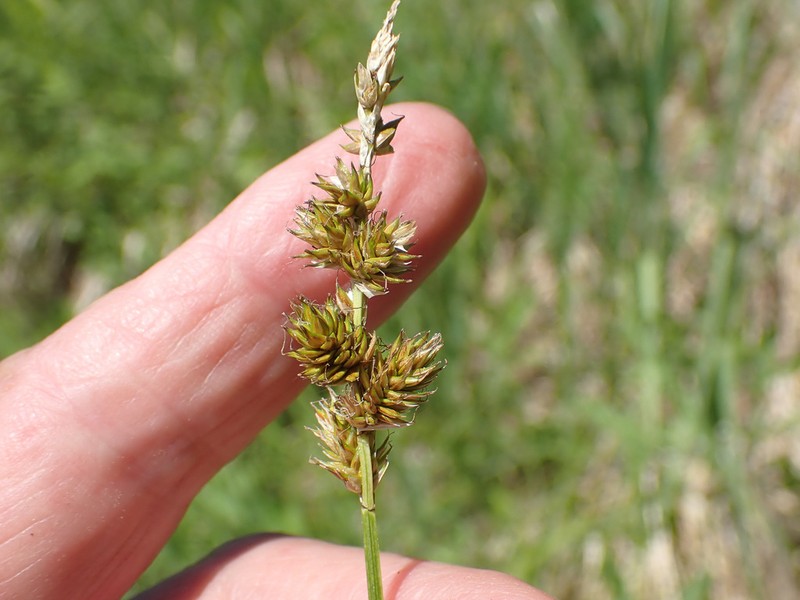 The specific epithet sartwellii is named in honor of Henry Parker Sartwell, 1792-1867, who discovered this species (Fernald 1970). Sartwell was from Penn Yan, New York and was a prolific collector (Wiegand and Eames 1926). Many of Sartwell's specimens have no locality information beyond "Penn Yan". Unfortunately, this locality information appears to indicate simply where he lived and not where the specimens were actually collected.

There are four populations that have been seen in recent year but trends in population size is unclear. Most of these extant populations appear to be healthy and robust and there is no indication that there is a decline. Therefore, short-term trends are not clear but may indicate that this species is stable in New York.

All historical populations should be surveyed. Where possible, accurate population size in area should be measured.

Carex sartwellii mostly occurs in north cental New York but ranges west to Buffalo and north to St. Lawrence County. It is at the eastern edge of its range in New York.

Carex sartwellii occurrs from the Northwest Territories, British Columbia, and Idaho east to Quebec, New York, and Pennsylvania. It is major wetland species in the Midwest and West but is local and uncommon in the east (Reznicek and Catling 2002).

Sartwell's sedge is a tall grass-like perennial that grows in large patches. Stems 30-120 cm or slightly taller occur singly along the rhizomes. Leaves occur along these stems and are 2.5-4.6 mm wide. Many of these stems do not develop flowers. At the top 2.5-9.0 cm of some of the stems are flower/fruit clusters (spikes). The spikes are numerous and densely arranged. Each spike is composed of either all male flowers, all female flowers, or have male flowers above and female flowers below. Fruits (perigynia) are 2.5-4.6 mm long (Reznicek and Catling 2002).

Carex sartwellii is long rhizomatous and colonial. Many of the stems are often vegetative. The vegetative stems are true stems with nodes unlike many other Carex species. Reproductive culms are (30-)40-120 cm tall. Leaf sheaths are green veined and herbaceous on the ventral surface except the apices of the distal sheaths are hyaline and prolonged. The inflorescences are 2.5-7.0(-9.0) cm long and composed of 9-37 densely arranged androgynous or unisexual sessile spikes. Perigynia are (2.5-)2.8-4.1(-4.6) mm long (Reznicek and Catling 2002).

It is easiest to identify C. sartwellii when it has immature to mature fruits but patches can be largely vegetative. It is possible to identify this species vegetatively although reproductive material is helpful.

The closely related C. disticha is a rare introduction in southern Quebec and Ontario. It differs in having larger perigynia (3.8-)4.0-5.5(-6.1) mm long and lower spikes usually much larger than middle spikes versus larger perigynia (2.5-)2.8-4.1(-4.6) mm long and lower spikes only slightly if at all larger than middles spikes in C. sartwellii (Reznicek and Catling 2002). Carex praegracilis has been misidentified as C. sartwellii in Michigan (Voss 1972). It differs in having vegetative stems with leaves clustered at the base of the plant vs. leaves spread along the culms for C. sartwellii (Voss 1972, Reznicek and Catling 2002).

Carex sartwellii starts to fruit in June and fruits persist until about mid-July. Therefore, the best time to survey for this species is from June to mid-July.

The time of year you would expect to find Sartwell's Sedge fruiting in New York. 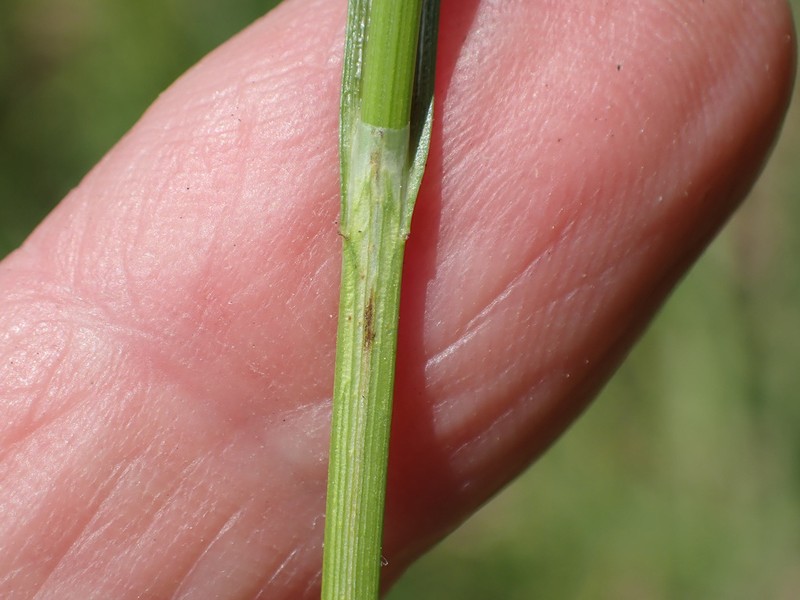 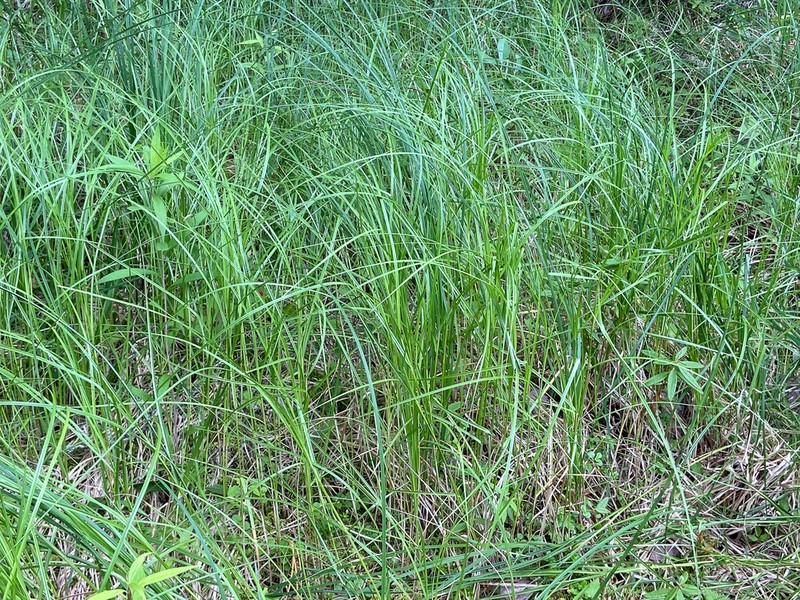 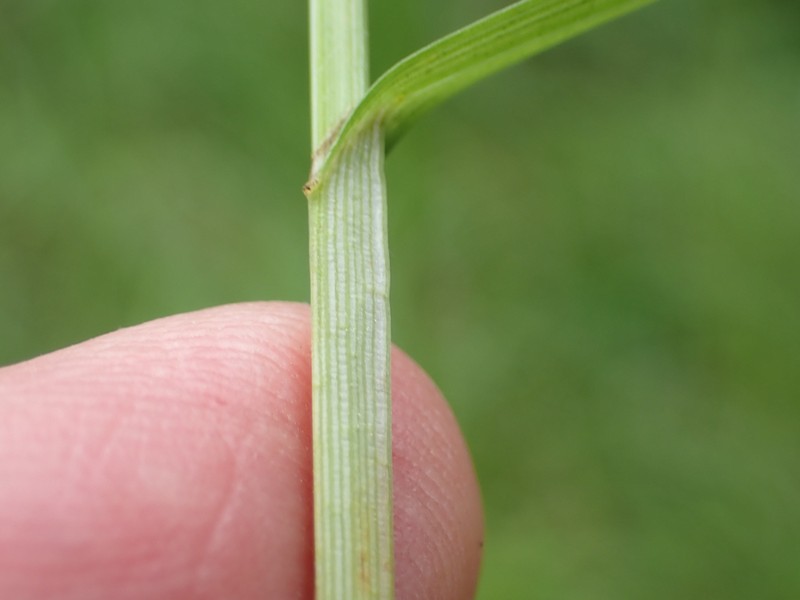 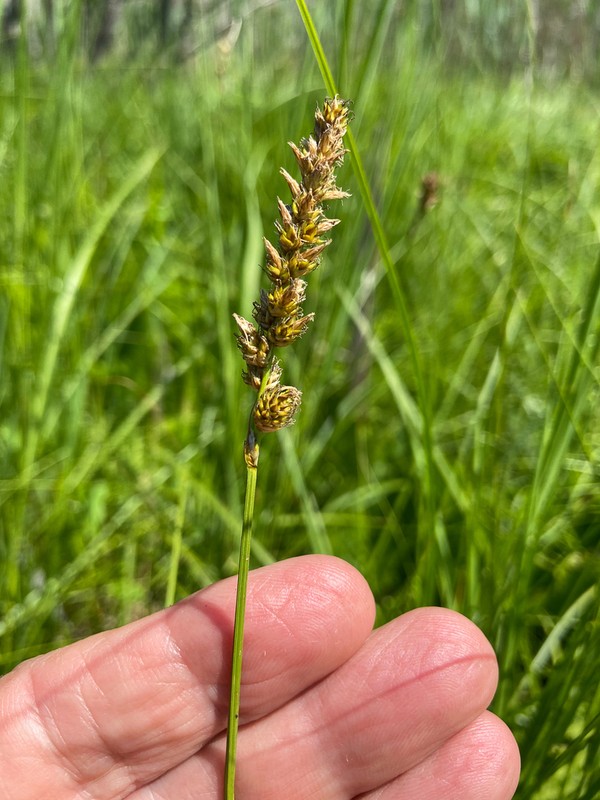 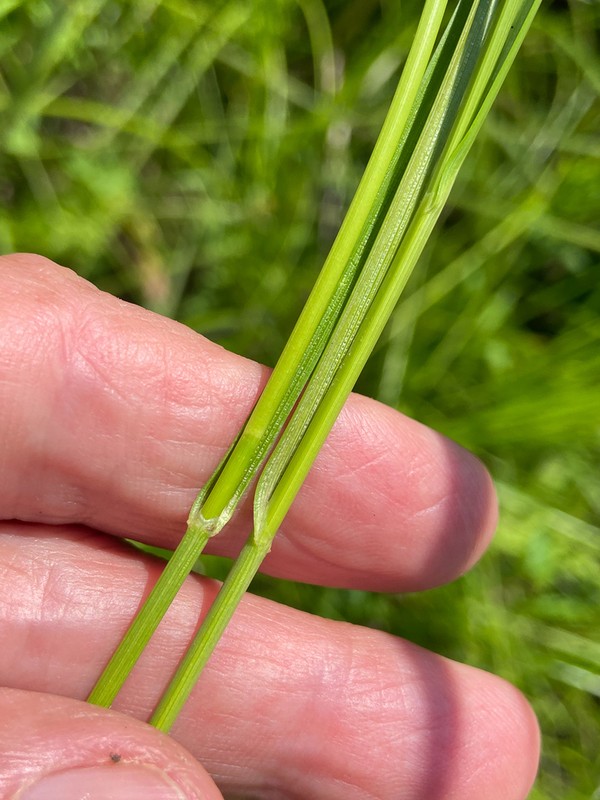 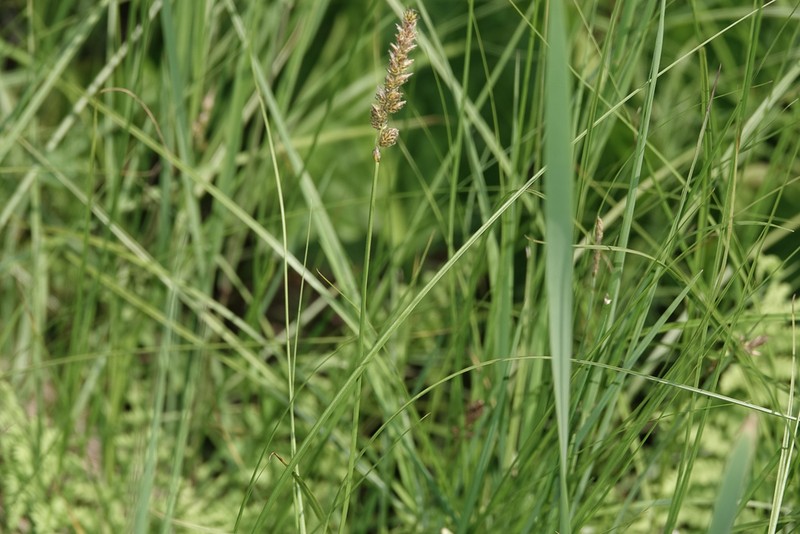 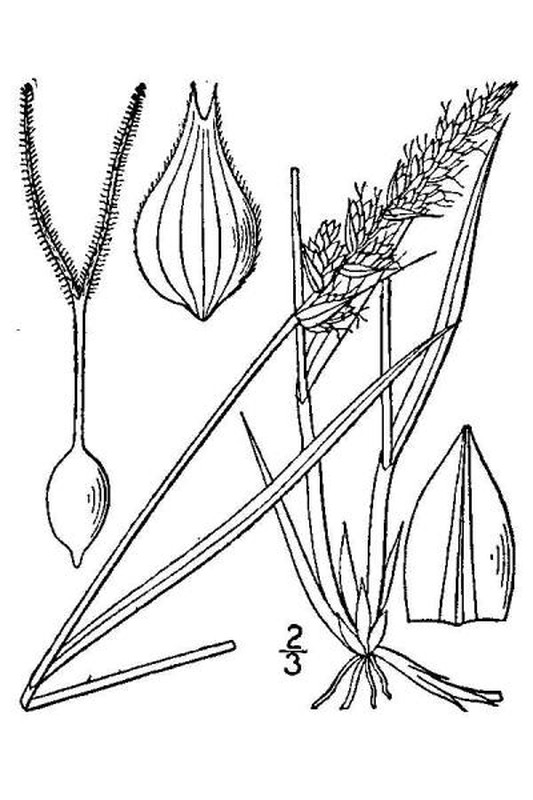 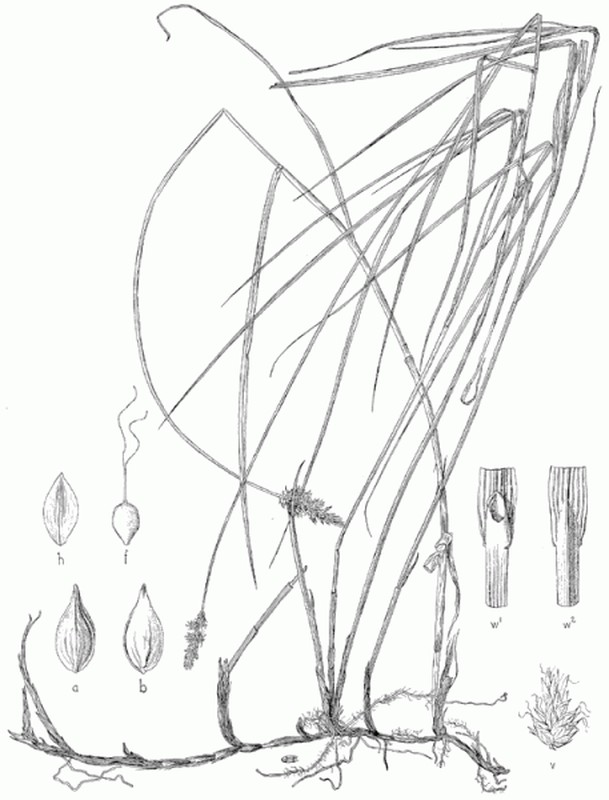