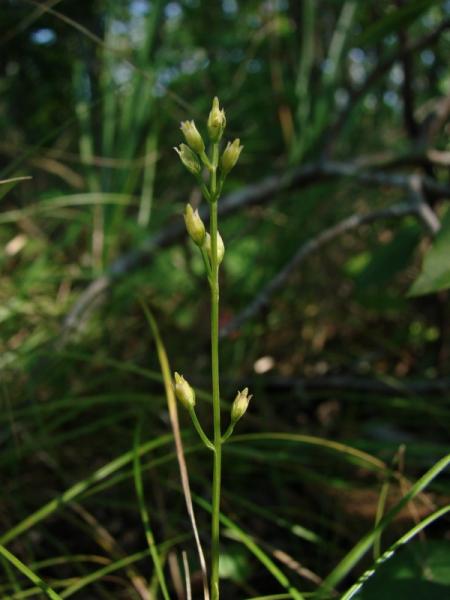 There are five known populations but only two of them have exact numbers of plants and they are small. The remaining populations are assumed to be small. There are 20 historical occurrences.

There is not enough information on population size and resurveys to know the short-term trend.

There are many historical records and only five known populations, so it seems that the long-term trend is downward. This plant is difficult to find so it may be overlooked in the field and more common than we think. More field work is needed to determine the exact scale of the long-term trend.

One population is threatened by ditching of the wetland and a phragmites invasion, and another is threatened by improper mowing of a roadside habitat. Changes in wetland habitat and destruction of wetlands are the biggest threats to the species.

Wetlands should be protected from changes in hydrology and be kept free of invasive species. A buffer should be established around plants to prevent direct human disturbance.

We need to understand the demography and habitat preference of this species. We come across it when exploring wetlands but we don't know why it grows where it does. This would help us narrow down our search areas, especially for historical records.

This small herb is presently known from Suffolk and Westchester Counties. It is considered extirpated on Western Long Island and the New York City area where it was once found.

This plant is most common in the southeastern and midwestern US, where it ranges from Texas northeast to Michigan and east to the Atlantic. It is rare across the northern part of its range, from Ontario to New York and Maine.

Screw-stem is a small vascular plant, about 10 to 40 cm tall, with greenish-yellow or purplish, often twisted or spiralling stems. The leaves are alternate and reduced to minute scales. The flowers are a mere 2.5 to 4 mm long, with 4 lance-shaped white petals.

Flowering or fruiting stems are more likely to make this inconspicuous plant noticeable, but the plants may be identified from stems with leaves.

Bartonia virginica has more strongly erect stems, opposite leaf scales, and merely lobed (not deeply cleft as in B. paniculata ssp. paniculata) sepals.

Screw-stem flowers from August through mid-September, and the fruits persist until the end of October.

The time of year you would expect to find Green Screwstem flowering and fruiting in New York. 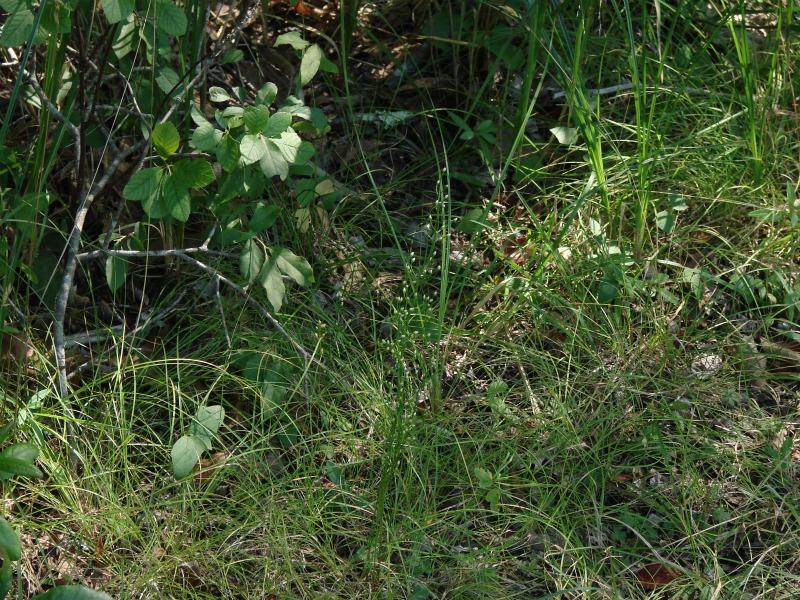 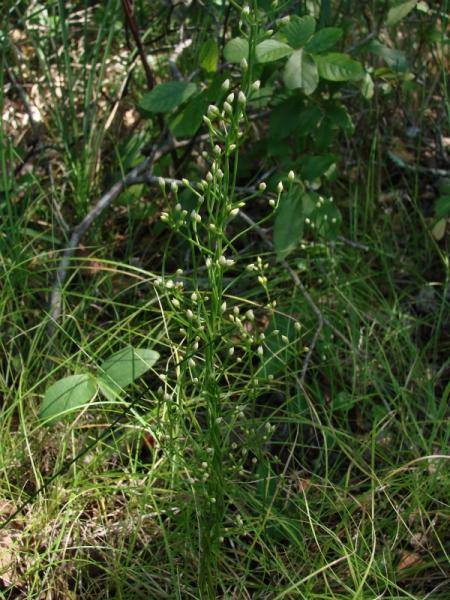 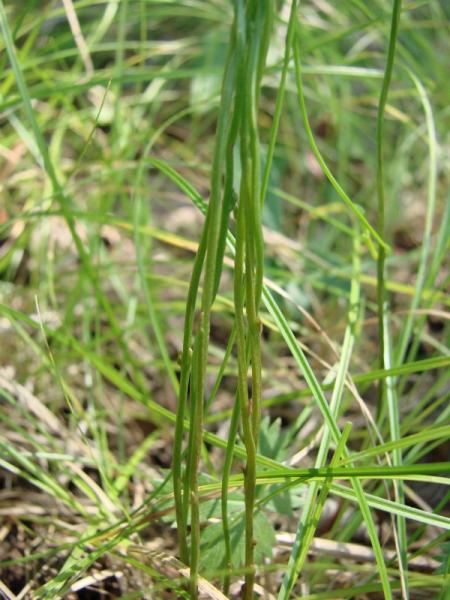 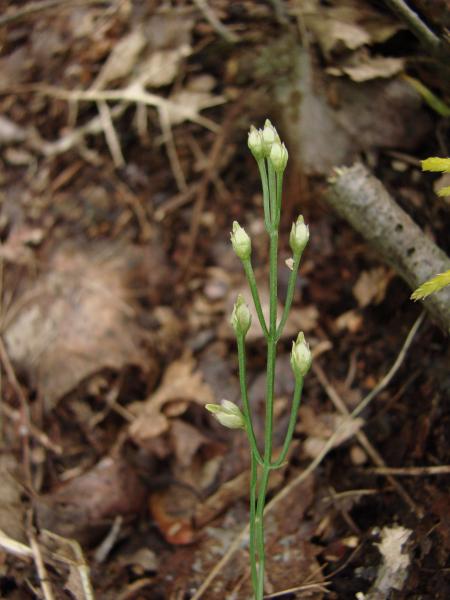