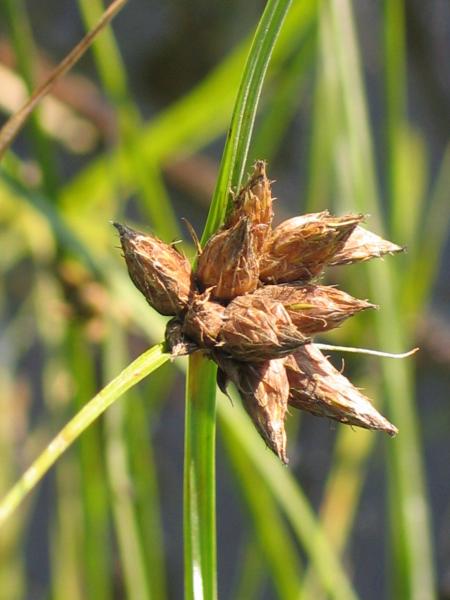 The genus name is derived from the Greek "bolbo", a bulb, and "schoenus", a rush. It refers to the presence of corms in this genus. The Flora of North America treatment of the species states that it is likely that some populations of both subspecies are introduced from Europe (Flora of North America Editorial Committee 2002).

There are 10 existing populations but half of them are small and threatened by Phragmites. There are 11 additional populations from the early 1900s that have not been resurveyed.

At least 3 populations have been reduced by the invasion of Phragmites and more are likely to be threatened.

This plan has always been rare in New York but populations were probably much larger in the past before the drainage and manipulation of wetlands and the introduction of Phragmites. Long-term future trends will be downward unless Phragmites can be controlled.

Many populations are threatened by the invasion of non-native Phragmites. Drainage and manipulation of coastal wetlands has reduced population numbers.

Besides Phragmites what may limit the expansion of populations in Long Island marshes.

In New York Seaside Bulrush has been found in a variety of open, saltwater or brackish wetlands, including disturbed sites such as roadsides and ditches (New York Natural Heritage Program 2010). Brackish to saline coastal and inland shores, marshes (FNA 2002).

This plant ranges from the salt marshes of Long Island to the inland salt ponds and marshes of the Finger Lakes.

This plant ranges from coastal Nova Scotia and Quebec to New York in the Northeast then west and south from Michigan to Texas to the west coast and Alaska.

Seaside Bulrush is a stout perennial graminoid (grass-like) plant, arising from tuberous rhizomes, with a triangular stem up to 1.5 m tall and 3 to 8 mm wide. The leaves sheath the stem for at least half its length, their widest blades are 2 to 12 mm wide. The infloresence consists of sessile spikelets, either solitary or in groups of 2-10, held on 1 to 4 rays up to 8 cm long, and overtopped by bracts up to 6 mm wide. The spikelets are covered with straw colored to orange-brown translucent pistillate scales. These cover brown achenes 2.3 to 4.1 mm long with beaks 0.1 to 0.4 mm long (FNA 2002).

Seaside Bulrush flowers in August and the fruits can persist into October.

The time of year you would expect to find American Saltmarsh Bulrush flowering and fruiting in New York. 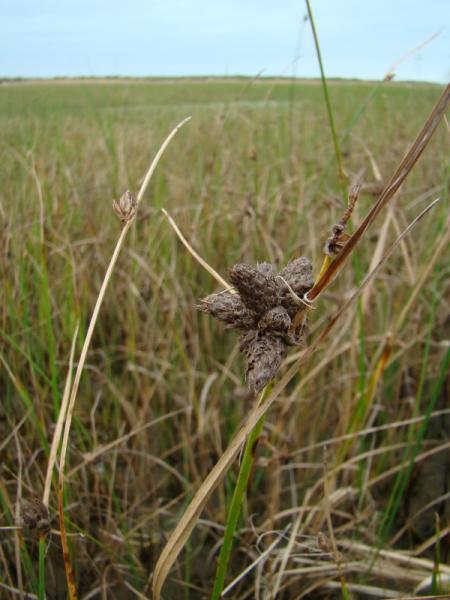 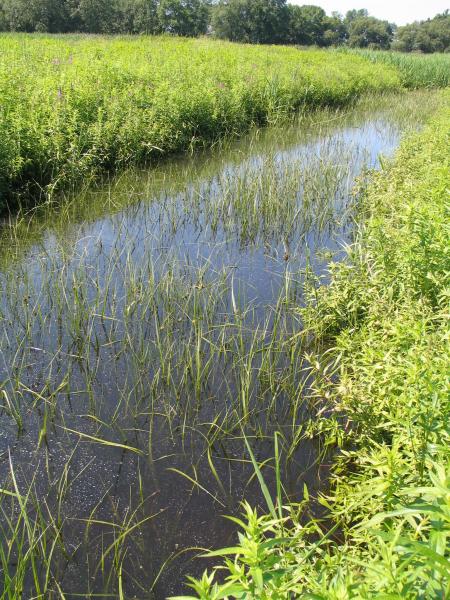 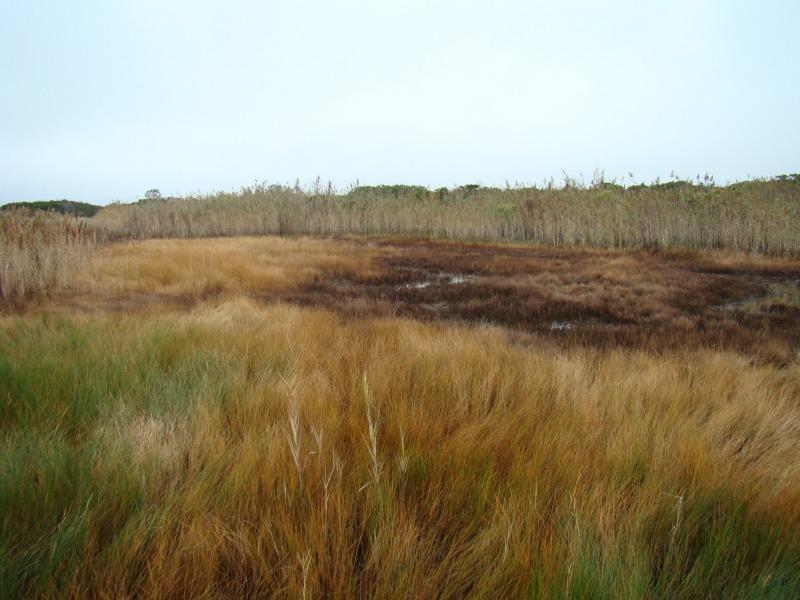 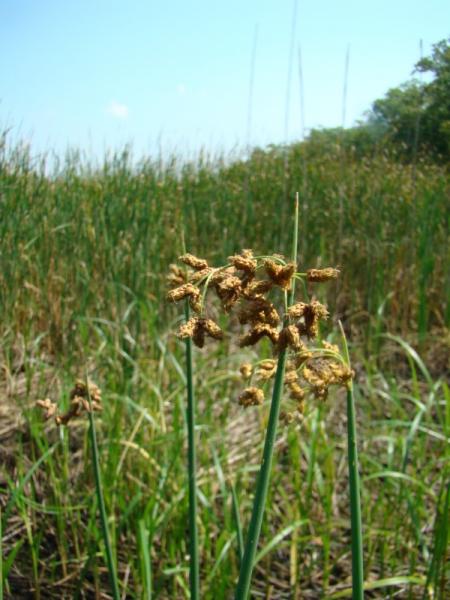 Information for this guide was last updated on: January 24, 2012