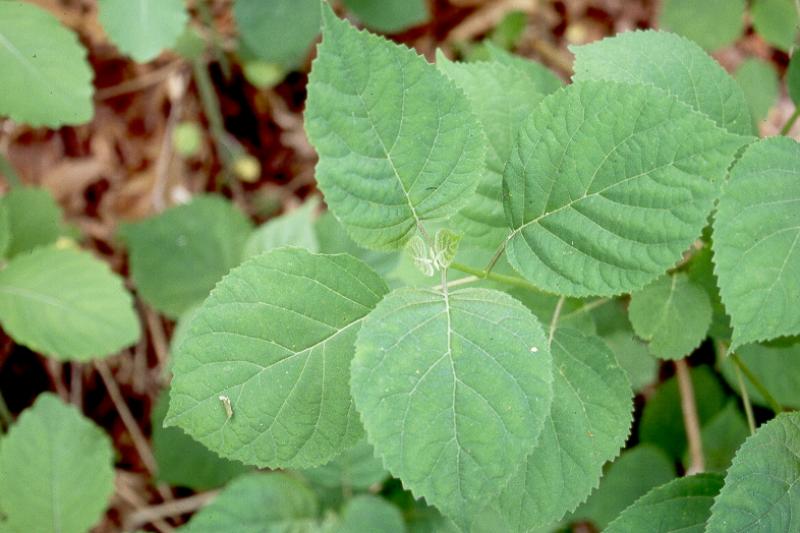 Wild Hydrangea is widely available in the horticulture trade, especially for shade gardens. The two most popular varieties are 'Annabelle' and 'Grandiflora'. Its roots have been used for hundreds of years in folk and Native American medicine for the treatment of various ailments, especially for the prostate gland. The common name "seven-bark" refers to the way the bark peels off in several layers of various colors.

There are ten existing populations but most of these are in ravines and on steep slopes that are not likely to be affected by development or logging. Most of the populations are rather limited in size. There are 10 historical records but eight have not been searched.

Too few of our populations have been surveyed more than once, so trend information is too difficult to assess. Considering this shrub is mostly restricted to headwater stream areas and these have received some recent protection, one could speculate these popualtions are stable.

As a shrub of ravine systems, these have been afforded limited protection. Some have likely been lost over time as roads followed some of these corridors. However, New York is at the northern range limit and this is one of those plants that has likely always been rare. The historical populations within the Hudson Valley appear to have been destroyed.

Some populations are near roadsides, so improper road maintenance could impact these populations. Garlic mustard was evident in large numbers at one population which may affect recruitment but established shrubs were not affected.

Plants along the roadside should be protected from improper road maintenance and excessive salt. Invasive plants should be eliminated in the area. Logging of surrounding woodlands should be aware of this rare shrub and use best management practices to reduce direct impact/damage to the plants as well as indirect harm resulting from excessive light levels and the introduction of invasives.

For this plant as well as others, research is needed to determine the effects of seedling recruitment in areas with a high garlic mustard population.

This shrub is typically found on the slopes of forested ravines along the Southern Tier adjacent to the Pennsylvania border. It is often found in the upper headwater ravine systems where it may be close to the stream, along the ravine slopes, or occasionally on ledges. The moist soil may be rocky and/or have a high clay content (New York Natural Heritage Program 2006). Rich woods, slopes, and streambanks (Rhoads and Block 2000). Dry or moist, often rocky woods and hillsides (Gleason & Cronquist 1991). Rich woods, calcareous rocky slopes, banks of streams, etc. (Fernald 1970).

Most populations within New York are from the Southern Tier adjacent to the Pennsylvania border. Those specimens from the southern Hudson Valley are old collections that appear to be from native landscapes. No native populations are today known from the Hudson Valley.

The native range of this shrub stretches from southern New York to Ohio, Indiana, Illinois, Missouri, and Oklahoma, south to Louisiana and Florida. This has been introduced to Massachusetts, New Brunswick, Nova Scotia, Ontario, and probably elsewhere.

Wild hydrangea is a deciduous open shrub that grows 5-6 feet tall. The bark is brown and peels in numerous layers. The opposite leaves are 3-6 inches long, broadly oval or heart-shaped, and sharply toothed. They are dull, dark green above and slightly paler beneath. The showy flower cluster is flat-topped and up to 4 inches wide. It contains many greenish-white or white fertile flowers and sometimes a few sterile flowers around the edge that have large white showy sepals. The small brown dry fruits form in the late summer and are visible into the early winter.

This shrub of stream banks, rocky slopes, and ravine systems may grow to 3 meters tall, although most of our plants are 1-2 meters tall. The long-petioled leaves are ovate-oblong, with an acuminate point and serrate teething along the margins, and can reach a length up to 20 cm. The flowering head is 5-10 cm wide with a corymb flat- or convex- top. For the true native strain, nearly all the flowers are perfect or with just a few sterile flowers. The sterile flowers are more radiant looking as they produce a large 3 or 4 lobed calyx. The perfect flowers will have flowers with 5 petals, these are much smaller than the showy calyx bracts of the sterile flowers.

Plants should be collected in flower or fruit to verify identification and avoid confusion with various common cultivars. Collected specimens should include a portion of the stem with leaves and flowers/fruits to allow for positive verification.

Hydrangea paniculata is a rare escapee that has flowers in elongated panicles. There are also various cultivars of Hydrangea arborescens. Most of these have flowering heads that are more snowball-like as opposed to the smaller flowering heads and aborted flowers of the true native.

This shrub begins to leaf out in mid to late May. The flowers emerge late June to early July with fruits appearing by August. Old flowering/fruit heads may perist into the winter, or in a few rare cases for a few seasons. Since flowers or fruits are needed for proper identification, field surveys should wait until late June and may continue through the fall. Flowering plants tend to stick out more, so the ideal survey period in late June to early July.

The time of year you would expect to find Wild Hydrangea vegetative, flowering, and fruiting in New York. 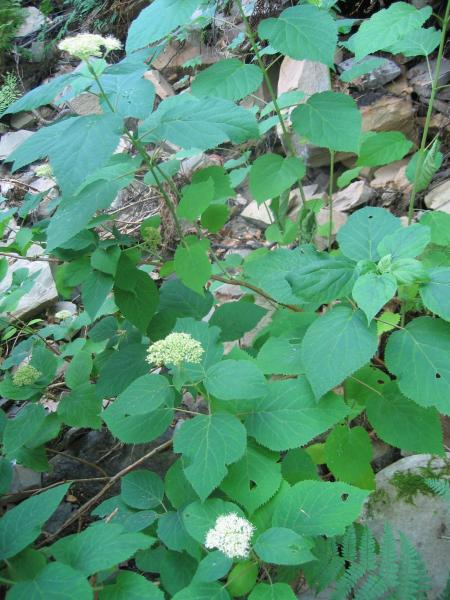 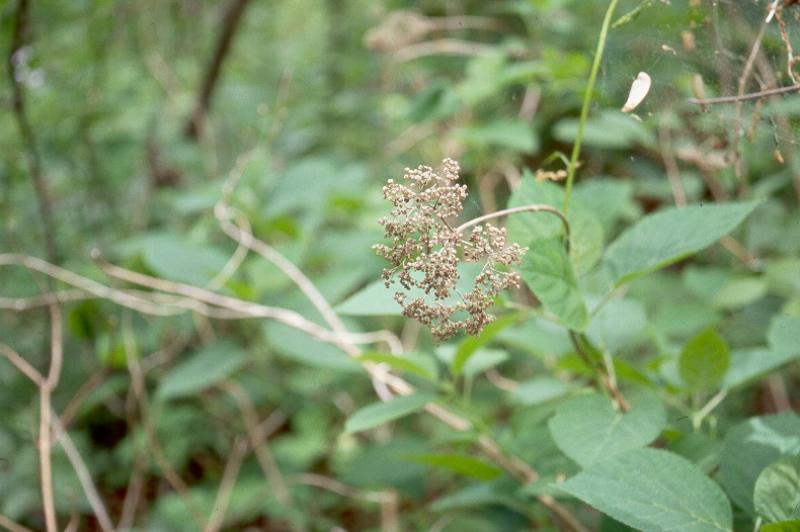 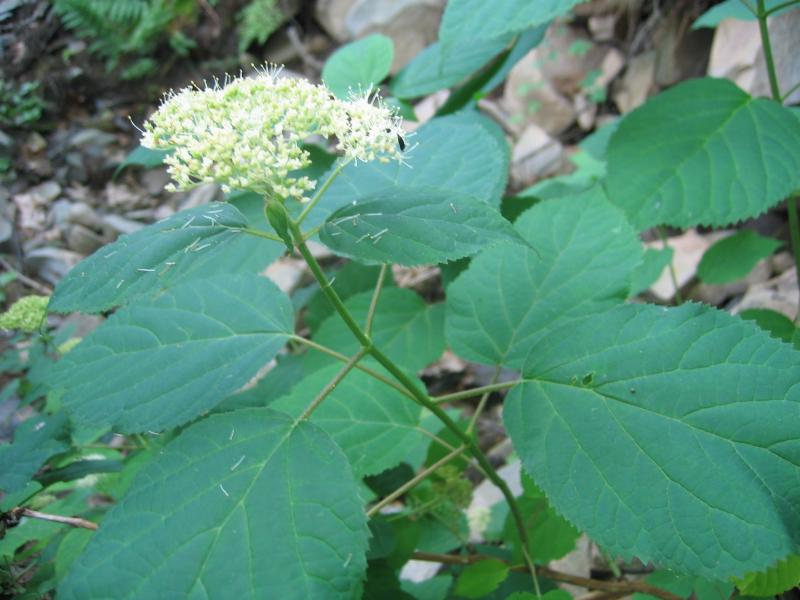