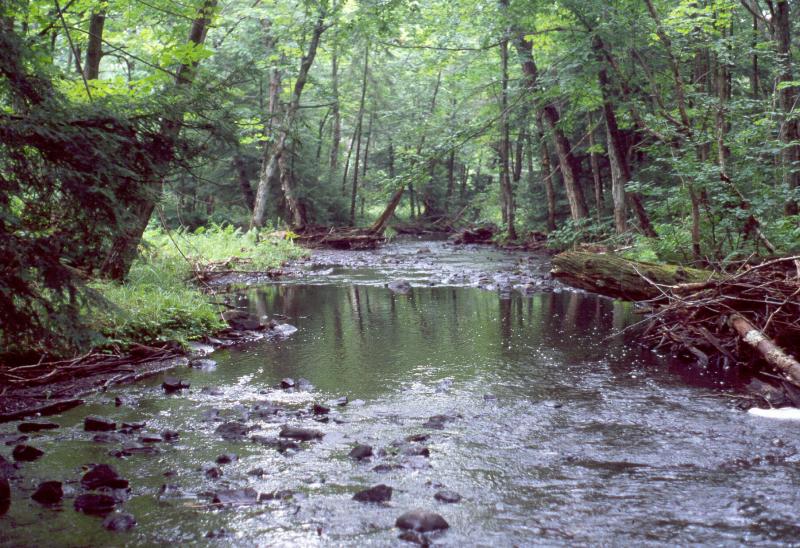 There are several thousand occurrences statewide. Many documented occurrences have good viability and are protected on public land or private conservation land. This community has statewide distribution, and includes several high quality examples. The current trend of this community is probably stable for occurrences on public land, or declining slightly elsewhere due to moderate threats related to development pressure or alteration to the natural hydrology.

The number and miles of rocky headwater streams in New York are probably comparable to historical numbers, but the water quality of several of these rivers likely declined significantly prior to the enforcement of water quality regulations (New York State Department of Environmental Conservation, Division of Water 2000).

Where practical, establish and maintain a riparian buffer to reduce storm-water, pollution, and nutrient run-off, while simultaneously capturing sediments before they reach the stream. Buffer width should take into account the erodibility of the surrounding soils, slope steepness, and current land use. If possible, minimize the number and size of impervious surfaces in the surrounding landscape. Avoid habitat alteration within the stream and surrounding landscape. For example, roads should not be routed through the riparian buffer area. If the stream must be crossed, then bridges and boardwalks are preferred over filling and culverts. Restore rocky headwater streams that have been unnaturally disturbed (e.g., remove obsolete impoundments and hardened shorelines in order to restore the natural hydrology). Prevent the spread of invasive exotic species through appropriate direct management, and by minimizing potential dispersal corridors.

When considering road construction and other development activities, minimize actions that will change what water carries and how water travels to this community, both on the surface and underground. Water traveling over-the-ground as run-off usually carries an abundance of silt, clay, and other particulates during (and often after) a construction project. While still suspended in the water, these particulates make it difficult for aquatic animals to find food; after settling to the bottom of the stream, these particulates bury small plants and animals and alter the natural functions of the community in many other ways. Thus, road construction and development activities near this community type should strive to minimize particulate-laden run-off into this community. Water traveling on the ground or seeping through the ground also carries dissolved minerals and chemicals. Road salt, for example, is becoming an increasing problem both to natural communities and as a contaminant in household wells. Fertilizers, detergents, and other chemicals that increase the nutrient levels in wetlands cause algae blooms and eventually an oxygen-depleted environment where few animals can live. Herbicides and pesticides often travel far from where they are applied and have lasting effects on the quality of the natural community. So, road construction and other development activities should strive to consider: 1. how water moves through the ground, 2. the types of dissolved substances these development activities may release, and 3. how to minimize the potential for these dissolved substances to reach this natural community.

This community is widespread throughout upstate New York north of the North Atlantic Coast Ecoregion. It is concentrated in the mountainous areas of upstate New York. Rocky headwater stream communities are likely to be represented by different variants corresponding to major watersheds and/or ecoregions.

The broadly-defined community may be worldwide. Examples with the greatest biotic affinities to New York occurrences are suspected to span north to southern Canada, west to Minnesota, southwest to Indiana and Tennessee, and southeast to Georgia.

Rocky headwater streams have continuous flow and are found in the upper reaches of a stream system. They tend to have few, if any, meanders and a rocky streambed. They usually flow quickly with relatively cool and clear water. They tend to flow through or along upland communities such as forests and shoreline outcrops. Rocky headwater streams are generally depicted as a single line on 7.5 minute USGS topgraphic maps (becoming a confined or unconfined river when depicted as two lines downstream at 1:24,000 scale).

Known examples of this community have been found at elevations between 95 feet and 4,315 feet.

Rocky headwater streams are scenic year-round, but streams with waterfalls tend to have greater flow in spring and early summer. Mid- to late summer is a good time to look for the diverse array of aquatic macroinvertebrates living in the streambed. 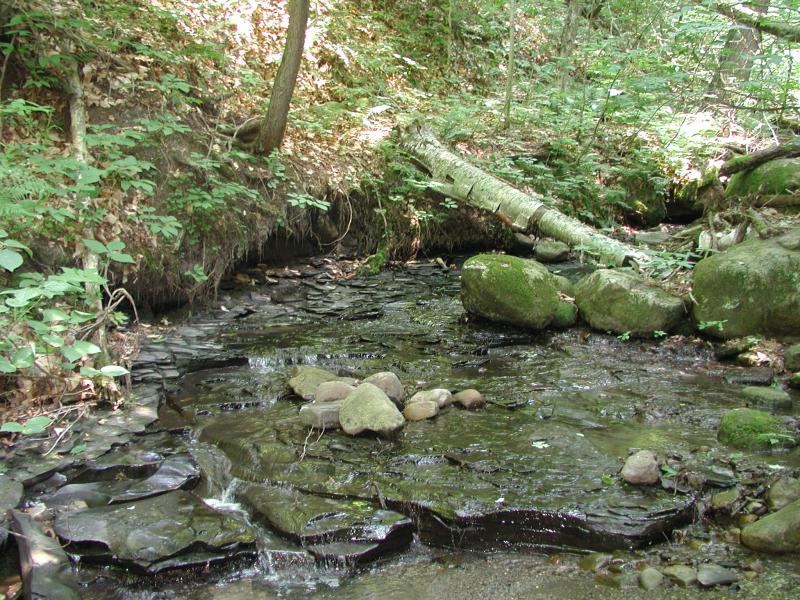 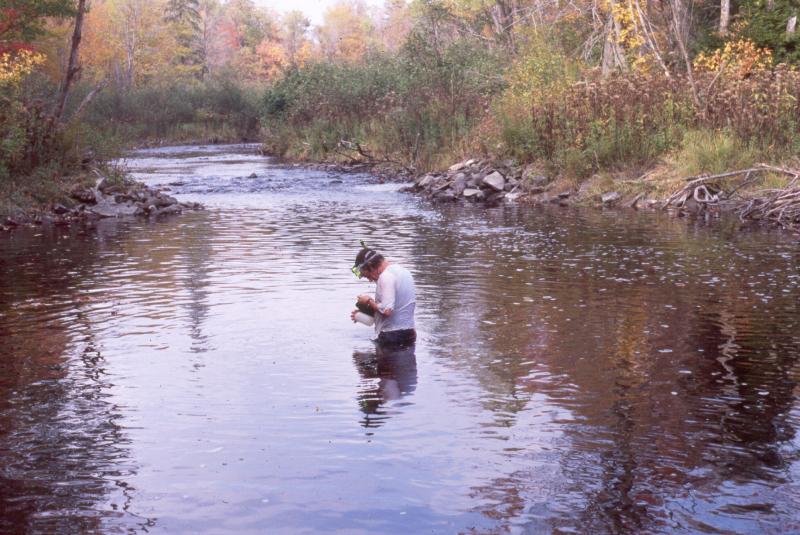 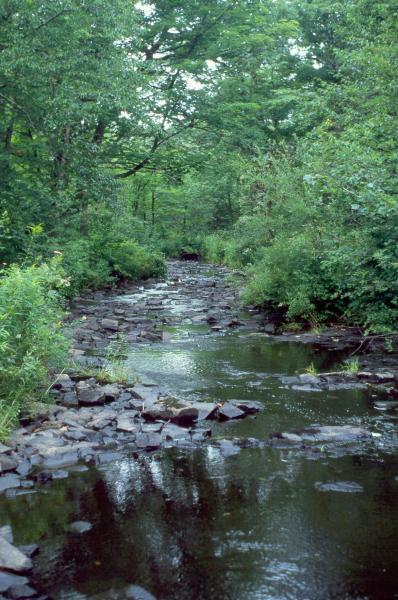 This figure helps visualize the structure and "look" or "feel" of a typical Rocky Headwater Stream. Each bar represents the amount of "coverage" for all the species growing at that height. Because layers overlap (shrubs may grow under trees, for example), the shaded regions can add up to more than 100%.