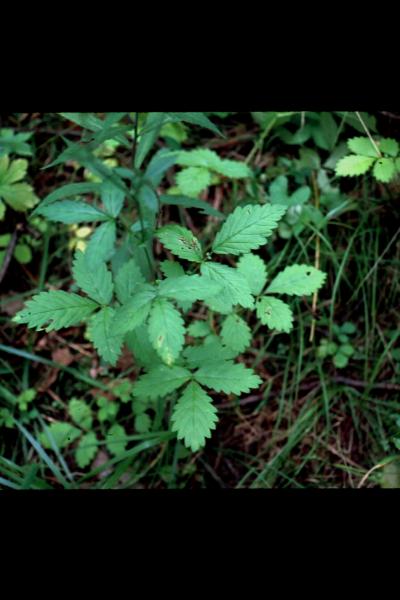 Woodland agrimony is the smallest member of the Agrimonia genus in New York. The species name means "little beak" and refers to the small point on the top of the fruit formed by the mature sepals.

There have been very few follow-up surveys of the occurrences in the state but the few that have been done show no change in status.

The plant populations will probably be stable for the foreseeable future but more surveys are needed. Most populations occur in areas where habitat development is slow.

More research is needed before a full threats assessment can be addressed. At this time, the threats are presumed minimal. The main threats are probably habitat conversion due to logging, development, and succession. Deer browse and invasive species may present local threats to some populations.

The woodland understory where this species occurs should be left undisturbed. A sufficient forest buffer should remain around populations to prevent the introduction of exotic species or a change in natural processes.

More specific information is needed about habitat preference for this species.

Typically a plant of calcareous regions, this plant ranges from Albany, west along the Niagara/Onondaga Escarpment, and south in Letchworth State Park, the Hudson Valley, and Long Island.

This herbaceous plant ranges from Connecticut, New York, Michigan, and Minnesota, south to Texas and Florida.

Woodland Agrimonia leaves grow on slender stems up to 3 feet tall but they are usually 2 feet tall or less. Each leaf contains 3-9 leaflets which are thin and oblong with large coarse teeth. They have conspicuous glands on the underside but are otherwise without hairs or with short hairs on the veins beneath. The flowering and fruiting stem has glands on the surface and sometimes also a few straight bristles. The bottom half of the bell-shaped fruit is about 1/4" long and covered with glands but not hairy. The roots are sometimes tuberous and thickened but not fibrous.

This slender plant with nearly glabrous stems grows up to one meter tall. The stems are up to 3 mm thick and the roots are sometimes tuberous-thickened. The 5-7 larger leaflets are elliptic to narrowly obovate, glabrous or with few hairs along the veins, and with small resinous glands beneath. There are 1-3 smaller leaflets between each pair of larger leaflets. The axis of the inflorescence is glandular. The yellow flowers are 4-5 mm wide and the floral tube 2-2.5 mm wide. The fruits are 3.5-9 mm long.

The plant should be in flower or in fruit with leaves. To verify its identification, collect a voucher specimen that includes the entire plant (i.e. leaves, roots, flowers, and fruits).

Common agrimony (Agrimonia gryposepala) has glands and long speading hairs in the flowering axis. In addition, the stem in the common agrimony is up to 4 mm thick and the fruit has many more bristles.

This plant begins to flower by late June and fruits are present from late July to early frost. This plant can be identified vegetatively, but ideally identifications use flower and fruit characteristics. As such, surveys are best conducted from early July to mid-September.

The time of year you would expect to find Woodland Agrimony vegetative, flowering, and fruiting in New York. 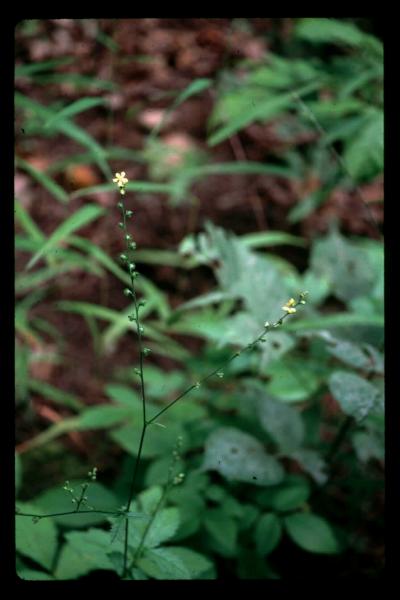 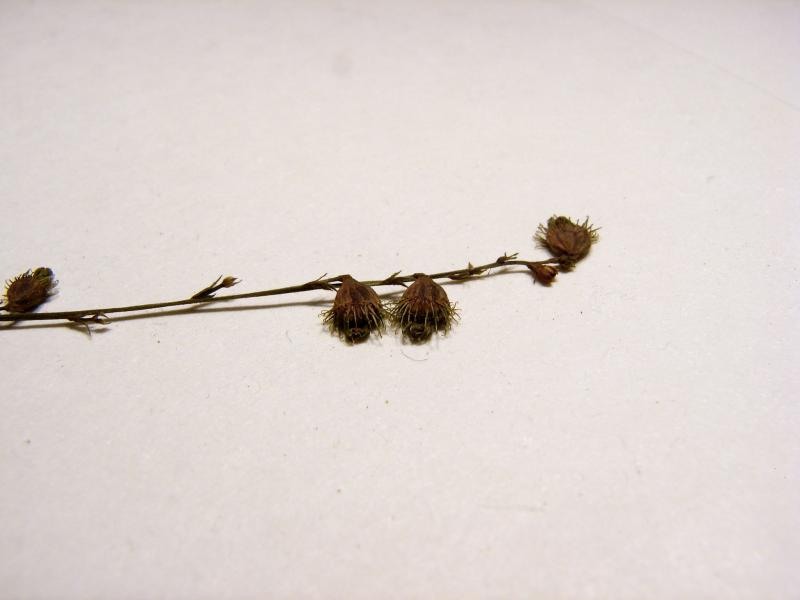 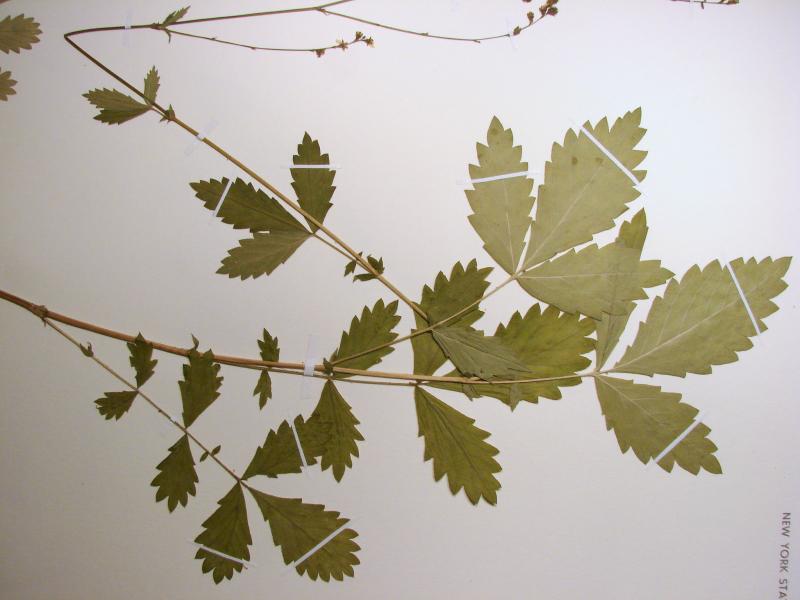 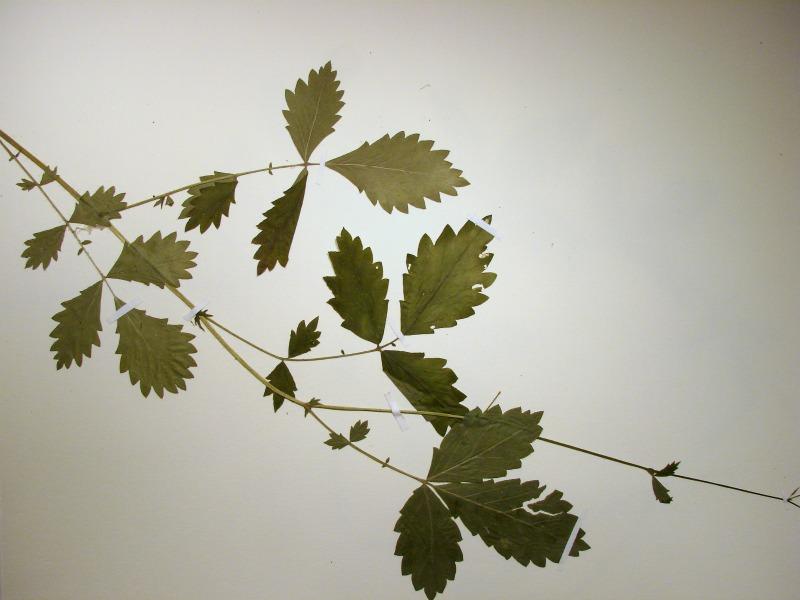 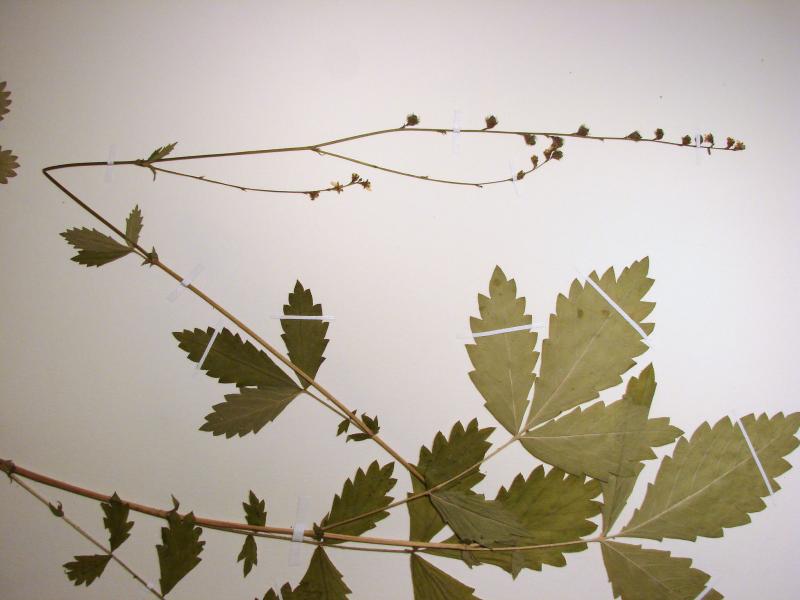 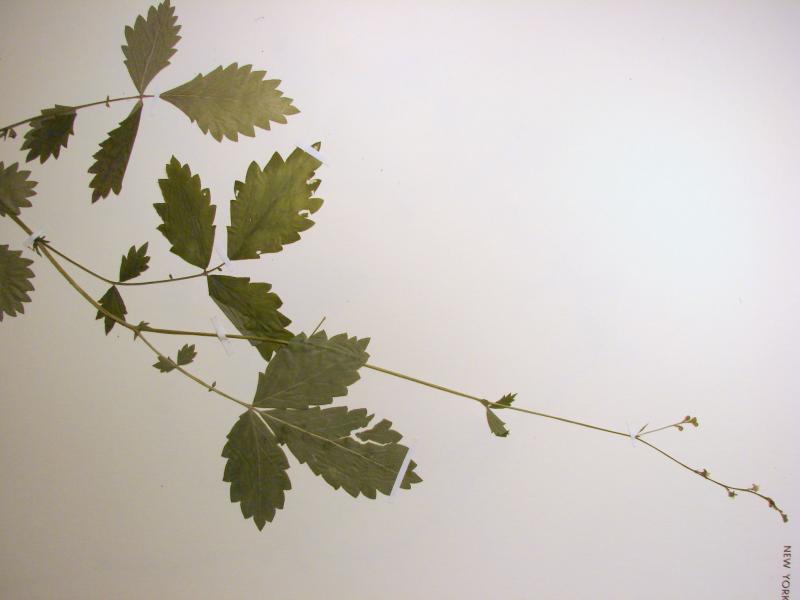 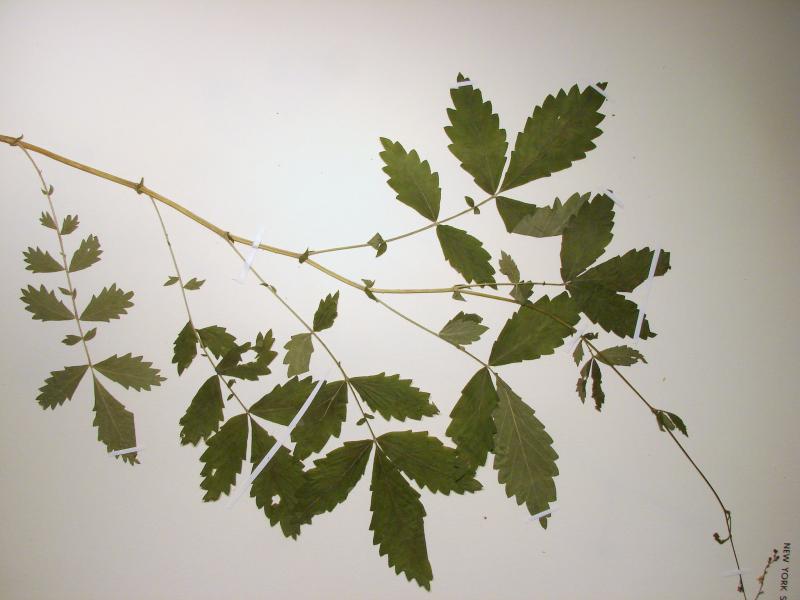 Information for this guide was last updated on: January 12, 2009