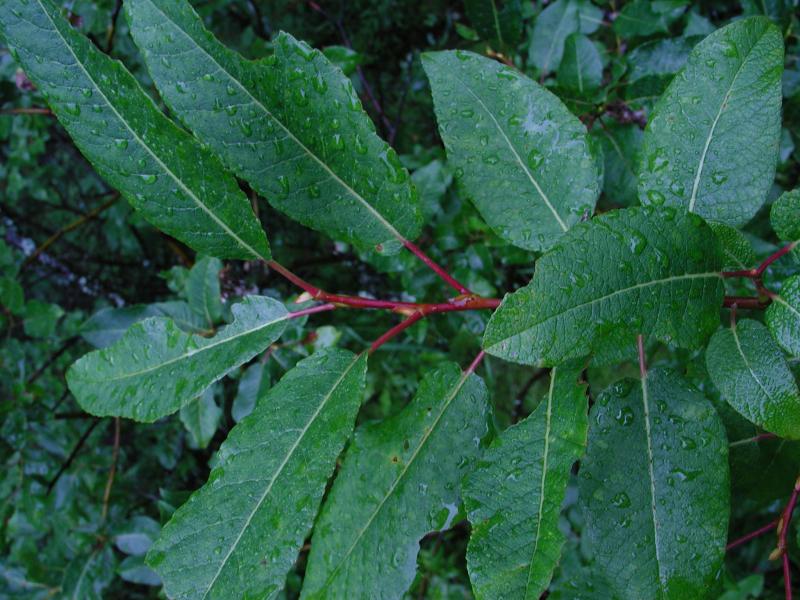 Salix pyrifolia is called balsam willow because its leaves and twigs have a resin which causes dried specimens to smell like balsam fir. Willow bark was long used as relief for pain and fevers -- it contains salicylic acid, the active agent in aspirin.

There are 28 verified occurrences, though most are of small populations, and only 5 occurrences which are ranked good to excellent. There are also 20 historical occurrences which need to be checked. In recent years this species has been found more often in the Adirondacks and St. Lawrence County, and could be removed from the rare plant list if additional populations are discovered.

New populations of Balsam Willow have been discovered in recent years. The species may be increasing, or, since most populations are small, and may occur alongside other Salix species, it may have been overlooked often until recently.

Changes to the hydrology of wetlands could threaten individual populations, though Balsam Willow may also be able to colonize wetlands following disturbance.

Salix pyrifolia is known from northern New York, chiefly from the Adirondacks and the St. Lawrence Valley.

Salix pyrifolia is found in the boreal forest zone of Canada, and reaches its southern limit in the northern forests of Minnesota, Wisconsin, Michigan, New York, and New England.

Balsam Willow is a tall ( up to 5 m) shrub or small tree of northern wetlands. Like all willows, the buds have only a single scale, the plants are dioecious (either male or female, but not both), and the flowers are borne in tight clusters called catkins. The twigs are glabrous, at first yellowish but becoming bright red when in sunlight. The leaves lack stipules (or have only minute and quickly deciduous ones 1-2 mm long), and are up to 10 cm long, with serrate to crenate margins, and are shiny above but glaucous with prominent veination underneath. The catkins emerge with or after the leaves, and have persistent dark brown scales 2 to 2.5 mm long. The male flowers are on peduncles 2 to 8 mm long, and have 2 stamens. Female flowers are on leafy peduncles 1 to 3 cm long.

Salix pyrifolia is best identified when mature fruit is present, though identification from mature leaves vegetative is also possible.

The leaves of Salix myricoides and S. eriocephala have pubescent petioles and persistent stipules with pale hairs and asymmetrical leaf bases. No other willow has leaves and buds that have a balsam-like fragrance.

Salix pyrifolia flowers in early June, and fruits persist into July. The leaves remain to the first frost.

The time of year you would expect to find Balsam Willow vegetative, flowering, and fruiting in New York. 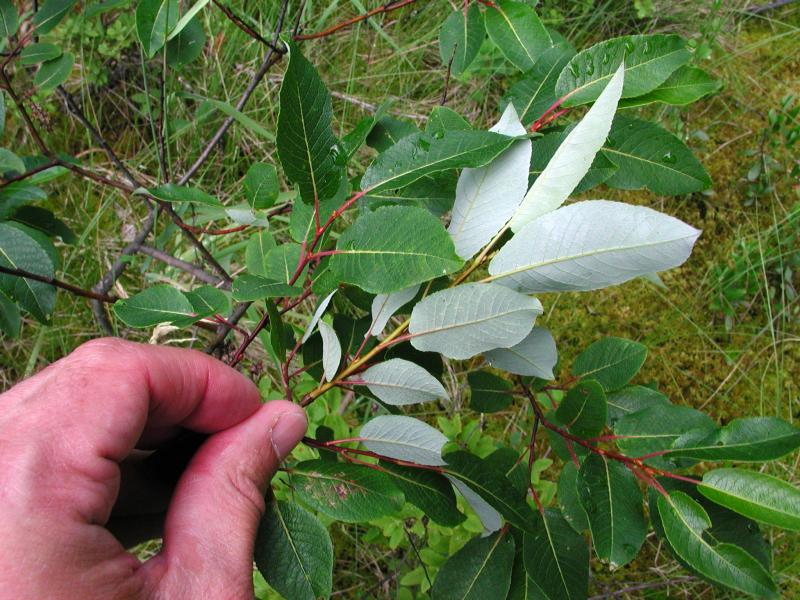 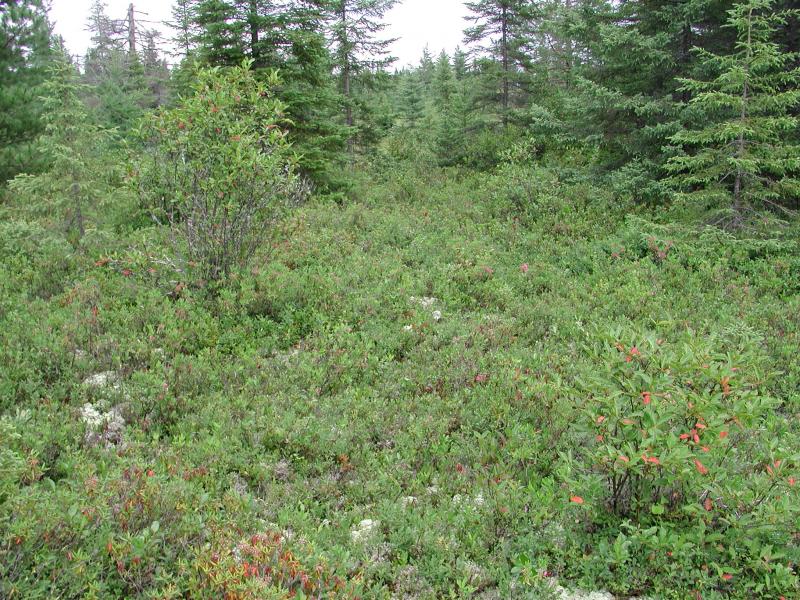 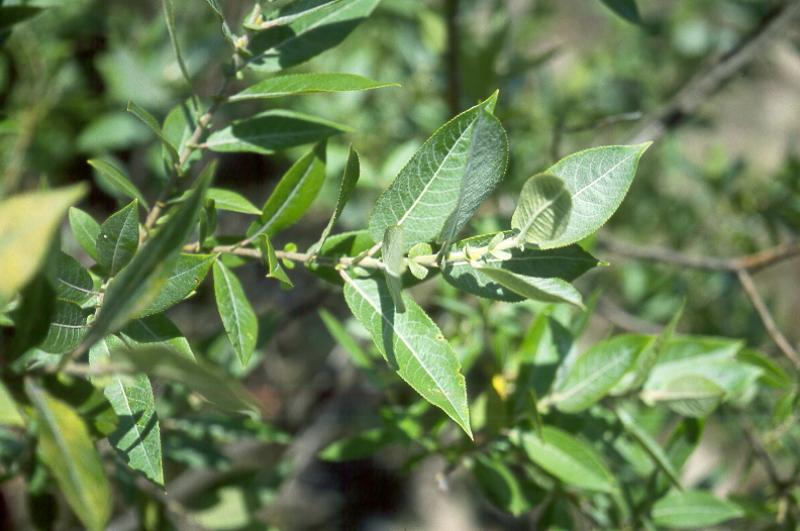 Information for this guide was last updated on: January 22, 2009