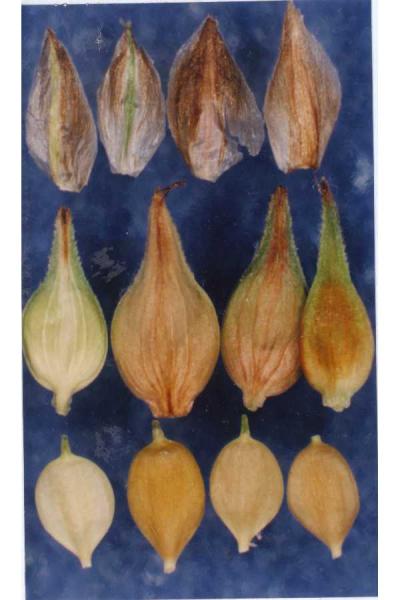 The species name means "contracted" and refers to the spikelets that are all clustered at the top of the stem.

There is only one known occurrence and less than ten total populations reported across a very broad range of the state. This sedge may be overlooked as its habitat is very common. New York is at the southern limit of its range, so that may account for the limited number of populations reported. Future surveys should focus on the Adirondacks, Tug Hill Plateau, and Allegany Reservoir area. The southern Hudson Valley record needs to be verified.

This plant was never common in the state with only three collections after 1950. We need more data about the known population and more searches of historical populations to understand the short-term trend.

This plant probably persists in low numbers in the state. We need more searches of the historical populations to better understand the long-term trend.

The known population is in a populated area but its wetland is not directly threatened.

Maintain the wetland habitat where this sedge grows.

This sedge may be found in low wet woods, along the edges of islands, flats along rivers, swales, around reservoirs and other bodies of water, and other wet depressions (New York Natural Heritage Program 2005). Swampy (coniferous) woods and thickets, wet meadows (Flora of North America 2002). Streambanks, meadows, and other wet places (Gleason and Cronquist 1991). Very local in low usually +/- open ground (Voss 1972). Wet woods, alluvial thickets, shores, and swales (Fernald 1970).

This sedge has a broad distribution that ranges from the southern Hudson Valley, north to the Adirondacks, and west to Allegheny State Park. However, within this broad range less than ten populations have been reported. Today, only one population is known, and it occurs in the Adirondack region.

This sedge ranges from Quebec to the southern Yukon and Alaska, south to New York, Michigan, Minnesota, and California. It is considered rare or uncommon in about half of this range, with only British Columbia reporting it as secure/common (S5) and Ontario reporting it as apparently secure (S4).

Carex arcta is a tightly clumped sedge with short underground stems. The soft stems are about 2 feet high, rough at the top, and often overtopped by the pale or grayish-green, soft, flat, narrow leaves only 1/8" wide. The leaf sheath is conspicuously purple-dotted and concave near the summit. The ligule is pointed and longer than wide. The 5-15 spikes are all clustered together at the tops of the stems. Each spike has 10-20 or more perigynia crowded together. The perigynia are egg-shaped with a definite beak that is strongly toothed. They have obvious nerves on the outside face with faint nerves on the inside face. They are 2-3 mm long and 1.2-1.5 mm wide. The perigynia scales are pointed, slightly shorter than the perigynia, clear with a green center, and often brown-tinged.

Carex arcta is a densely cespitose plant with short rhizomes. The soft leaf blades are flat, 15-50 cm long and 2-4 mm wide. The sheath is conspicuously purple-dotted and concave near the summit. The ligule is acute and longer than wide. The 5-15 spikes are typically clustered together at the top of the stem or only scarcely separated. Each spike is often crowded into elongated heads with the number of reported perigynia ranging from 10-20 (Flora of North America 2002) to (20-)25-40 (Gleason and Cronquist 1991). The perigynia is broadest just above the base with a strongly toothed beak. The scales are mostly shorter than the perigynia, hyaline with a green center, and often tinged with brown.

This plant should be identified with mature fruit. To verify the identification, a voucher record should be made of the entire plant including roots, stems, leaves, and fruits. Gleason and Cronquist (1991) should not be used to key this plant as you may be steered in the wrong direction. Please use Flora of North America (2002), Voss (1972), or Tucker (1995).

Carex exilis only has a single spike and involuted leaves. Carex sterilis and other New York members of section Stellulatae have 2-8 spikes, these are typically less crowded than Carex arcta, and/or with fewer flowers per head (5-25 per head). Carex tenuiflora has beakless perigynia which are broadest near or just above the middle. This plant is also loosely cespitose with long, slender rhizomes. In the other New York members of this section (Carex brunnescens, C. canescens, and C. trisperma), you will find that at least the lower spikes are separated and not overlapping, and the perigynia are widest near or above the middle.

This sedge flowers from late May to mid-July, with mature fruits present mid-June to early September. Since mature fruits are needed for identification, surveys should be conducted in July and August when this sedge is likely at its peak fruiting period.

The time of year you would expect to find Northern Clustered Sedge fruiting in New York. 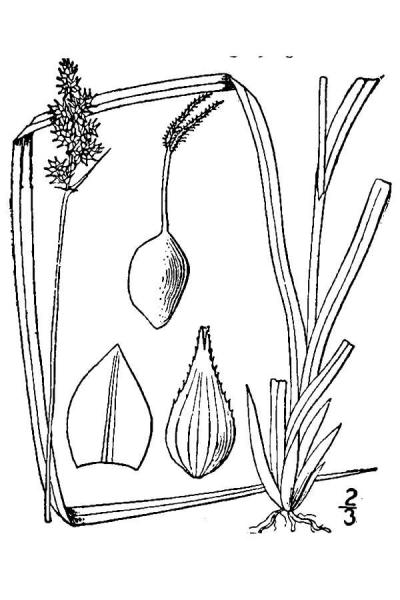 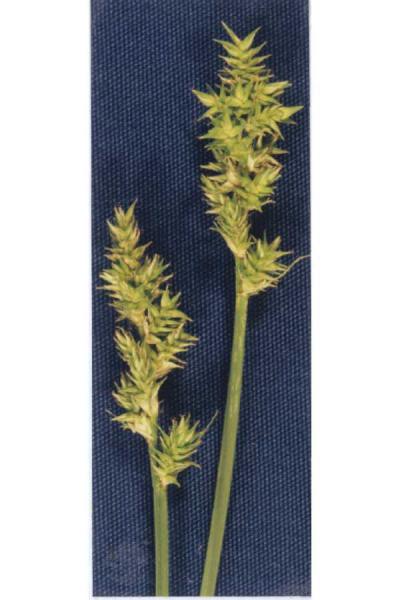 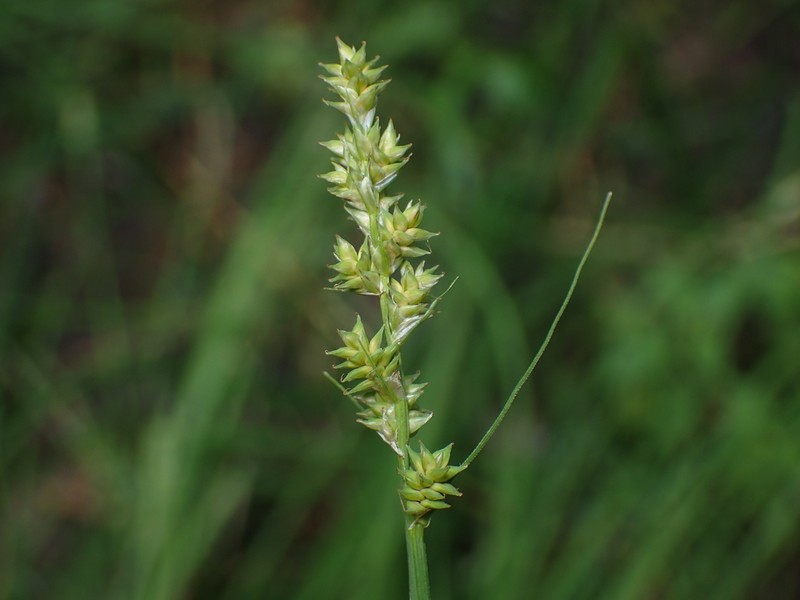 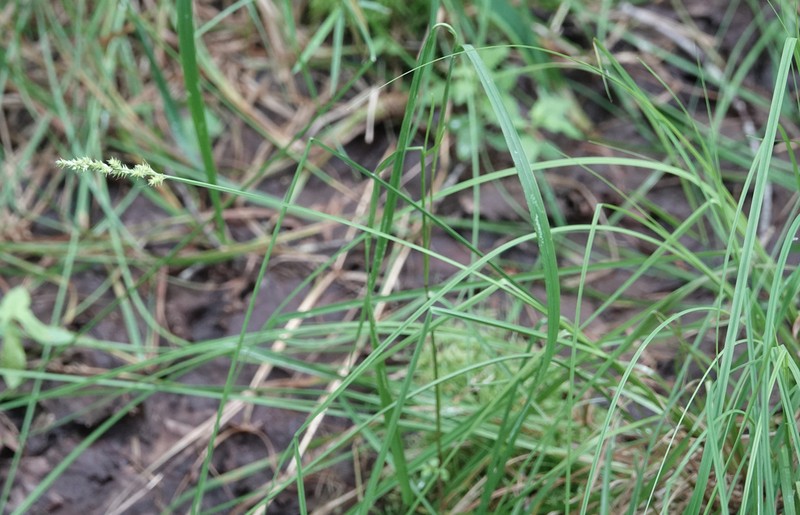 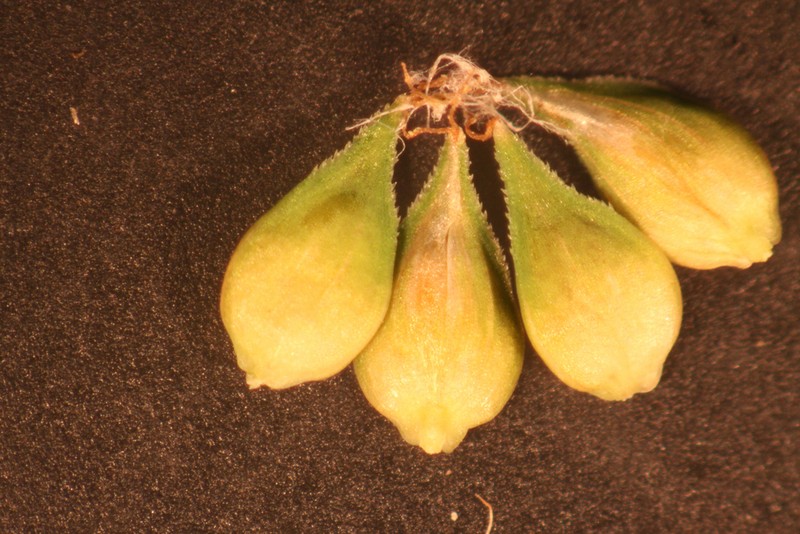 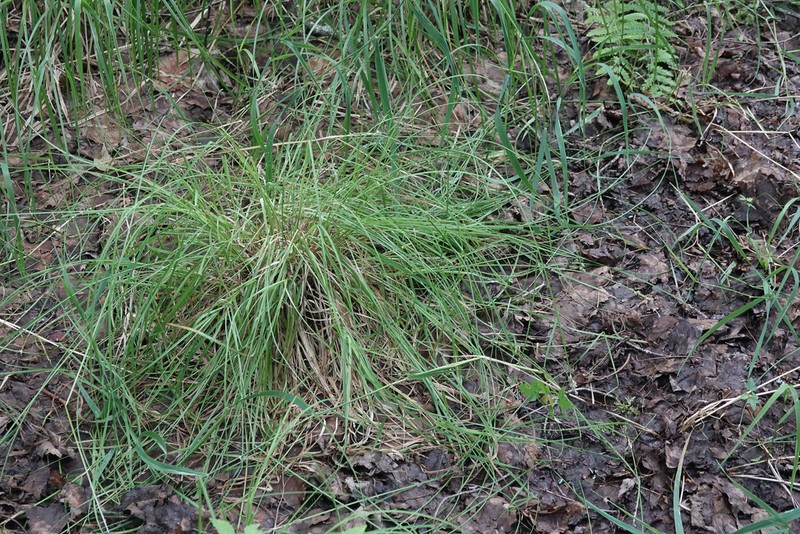 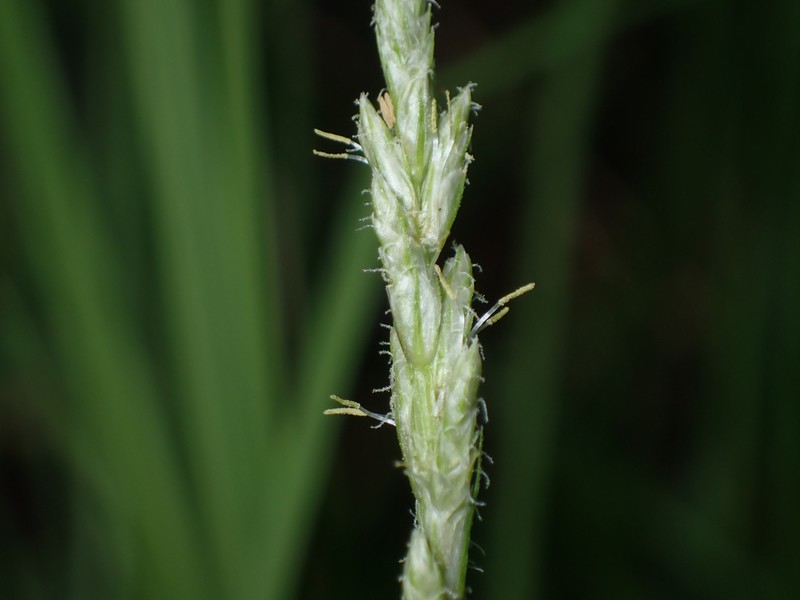 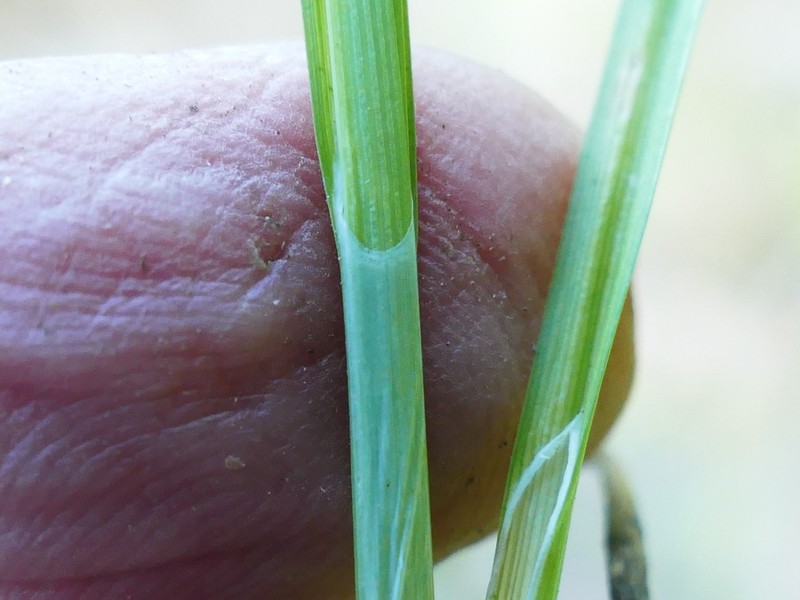 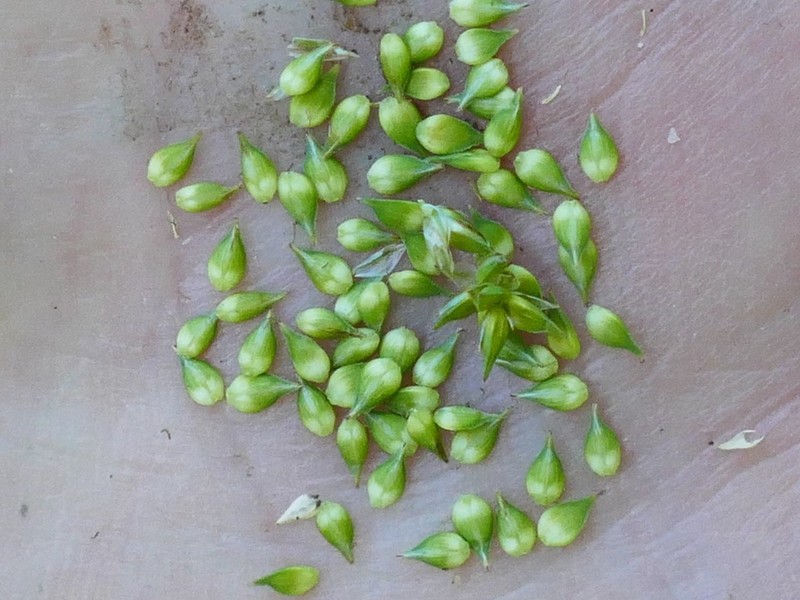 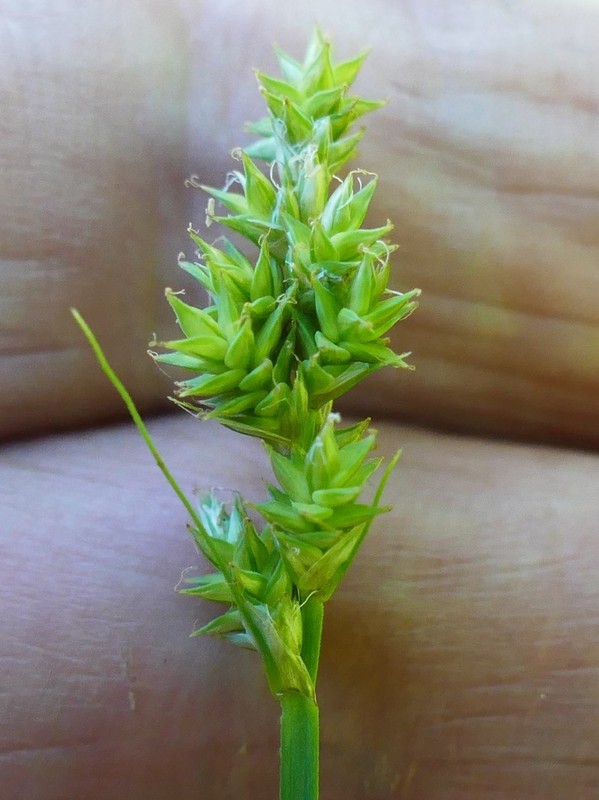 Flora of North America (2002) places this sedge in section Glareosae (formerly section Heleonastes), although earlier texts (e.g. Gleason and Cronquist 1991) placed it in Stellulatae. The main differerence between these sections is all Glareosae members have wholly pistillate lateral spikes while some members of section Stellulatae. In section Glareosae, the achenes do not have a spongy base, generally fill the entire perigynia body, and the perigynia are rounded near the margins. In section Stellulatae, the achenes typically have a spongy base, are distinctly smaller than the perigynial body, and the perigynia have sharp margins.