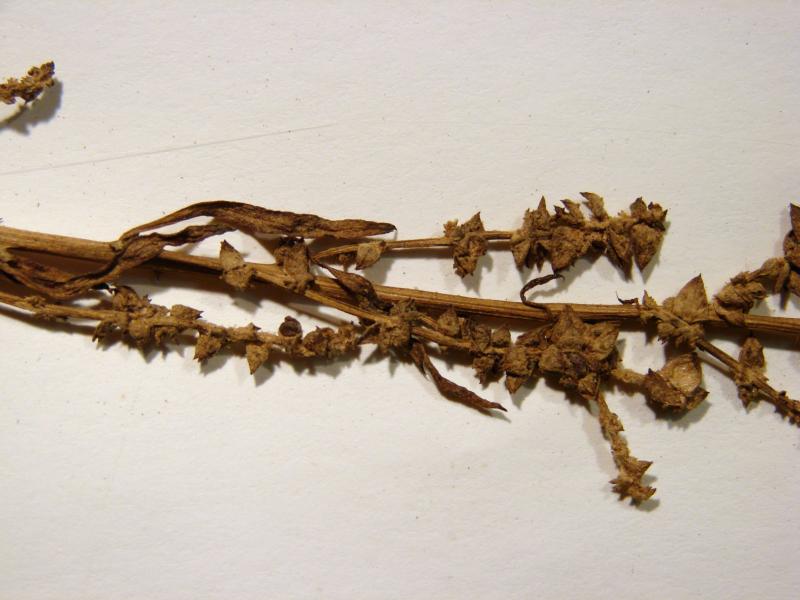 This species has taken advantage of the use of road salt to extend its range westward from the natural salt marshes of Long Island where it was historically known. Another species of orach, Atriplex prostrata, has been introduced from Europe and is now invading saline habitats where thickleaf orach used to grow.

This plant may be doing better than we think because it is able to grow along roadsides where road salt has provided new habitat where it can survive. At the same time these areas are often disturbed by roadwork and maintenance which may destroy some populations. Existing populations have not been recently checked so short-term trends are unknown.

Threats to existing populations include roadside construction and maintenance that may directly impact populations in roadside ditches. In its native saltmarsh habitat the plants may be impacted by draining of the marshes and other hydrologic changes.

After more research is done, management practices can be adjusted to maximize the success of plants growing along roadsides.

Research is needed to see if the species is taking advantage of road salt to expand its range significantly within New York. Research is also needed to see how roadside management practices increase or decrease the presence of this species.

This halophytic (salt-loving) species is known from coastal areas as well as from inland areas of saline soil. In New York it was historically collected from salt meadows and beaches, but the few known existing sites are human-impacted sites where the soils are affected by road salt (New York Natural Heritage Program 2007). Sea beaches, and also commonly inland in saline habitats (Gleason & Cronquist 1991). Saline and alkaline soils in waste places (Clemants 1992).

This plant is currently known in New York from a few sites in Orange and Ontario counties. Historically it was also collected from New York City and Long Island.

In North America Thickleaf Orach is widespread in the Rocky Mountain and Great Basin regions, and also known from scattered locations in New York and New England, the Pacific Coast, Hudson Bay, and the Canadian Maritime provinces.

Thickleaf Orach is an herbaceous species growing up to 5 feet tall. The leaves range from lanceolate to linear-lanceolate to often broadly triangular, are thickened and scurfy, and are subtended by smaller, bracteoles (miniature leaves) which often have a spongy inner layer. The flowers are unisexual, without a perianth (petals or sepals), and are usually obscured by a pair of bracteoles. This species has brown seeds 1.5-3 mm wide (and wider than long). The mature seeds have the radicle median, ascending to pointing outward with the apex curved inward.

For identification to species, specimens with mature fruit are needed.

In New York, Atriplex dioica is most difficult to distinguish from Atriplex patula L. (sensu stricta), which has linear-lanceolate to lanceolate leaves and rhombic-triangular to triangular-hastate bracteoles, always thin and lacking a spongy inner layer. The seeds are brown, round, 2.5-3.1 (3.7) mm wide, round, and the radicle sub-basal, ascending with a pointed apex.

Thickleaf Orach flowers in August and fruits from September to mid-November.

The time of year you would expect to find Thick-leaved Orach flowering and fruiting in New York. 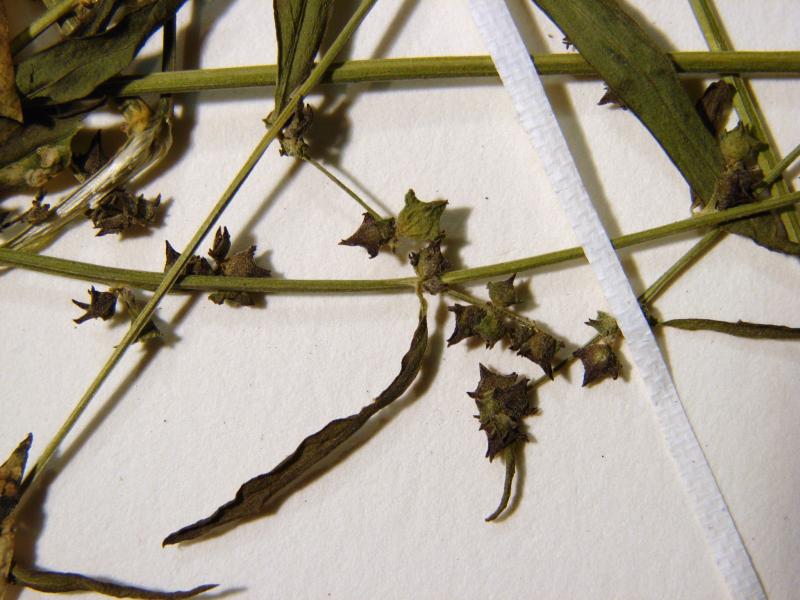 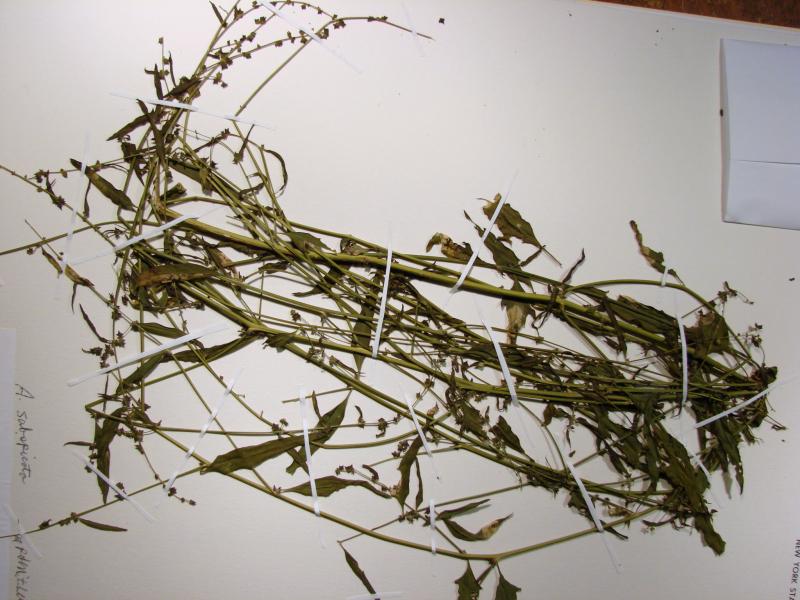 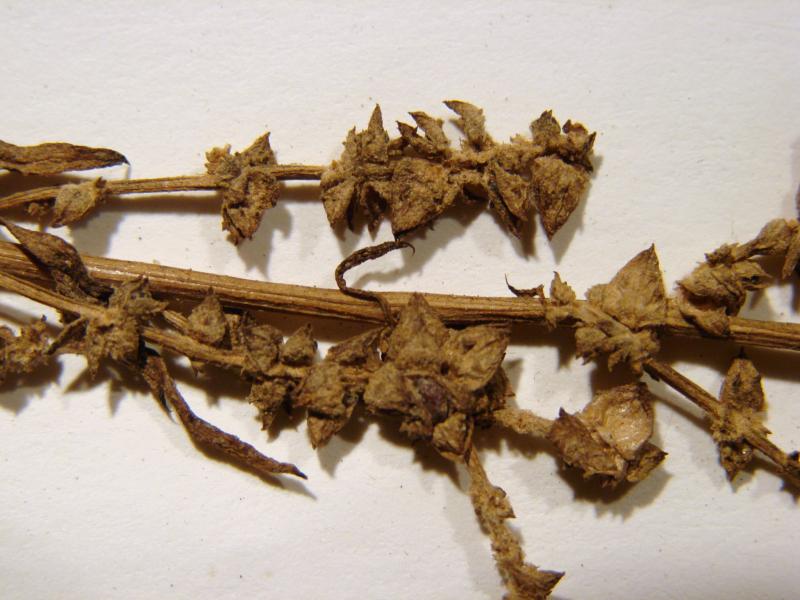 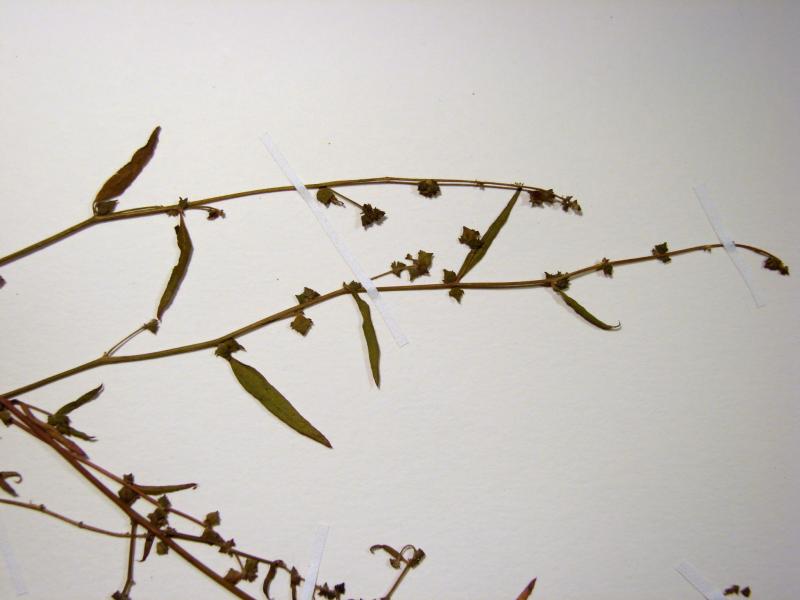 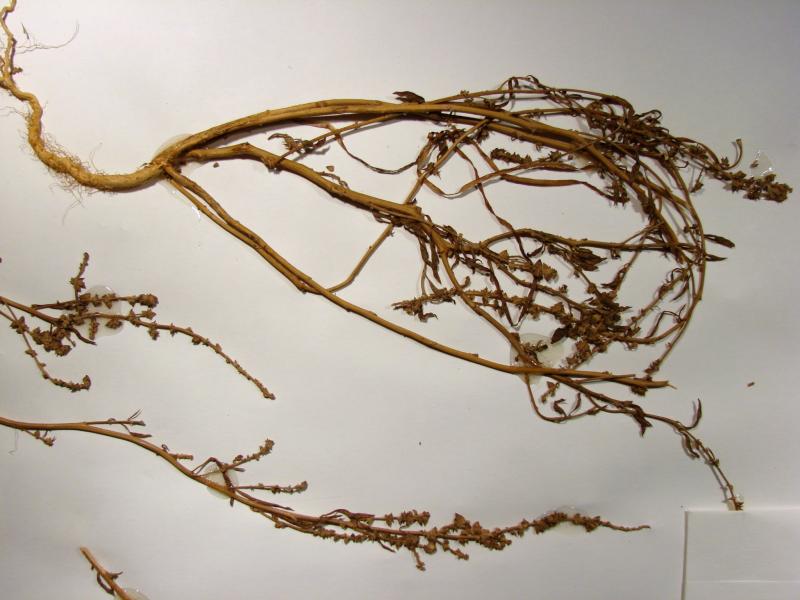 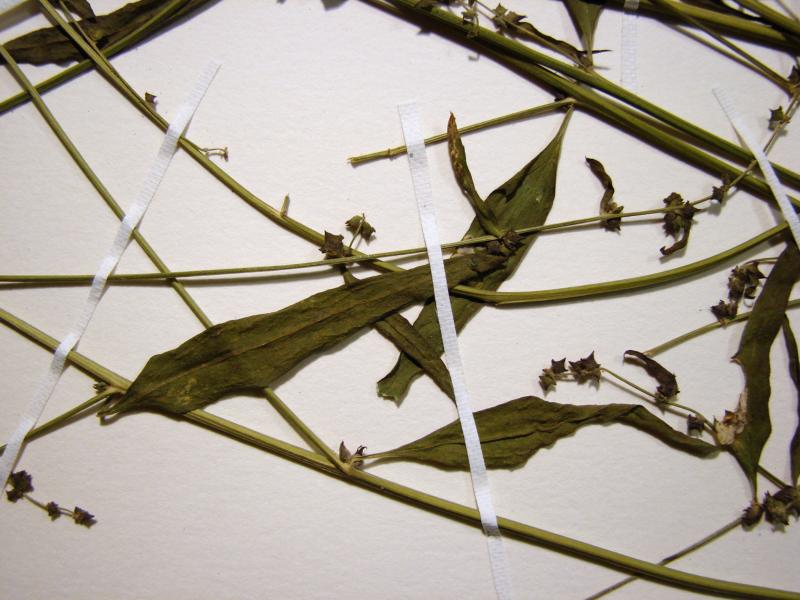