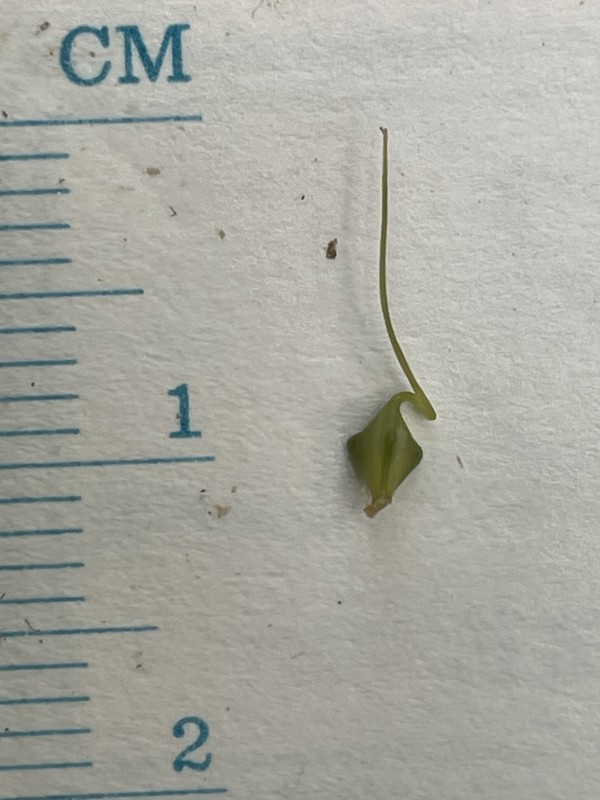 This sedge can be searched for very late in the season as it tends to stay green into October and even early November. The spikelets are host to a fly parasite which may result in deformed fruits. The specific name is derived from the resemblance of its inflated fruits to hops (Humulus lupulus).

There are 16 reported populations, but only seven of these have more than 25 plants. There are about 20 historical populations and these should be surveyed to determine if the plants are still present. Difficulty with keys/characters have led to misidentifications and the late ripening of fruit has likely limited the number of successful surveys for this plant. This plant has likely always been uncommon within New York as it has a limited distribution, specific habitat, and typically has small populations.

There have not been enough follow-up surveys to determine trends.

There have probably always been less than 50 populations in the state and there may have been some declines from loss of habitat but it is difficult to tell because of past misidentification of the species.

There are no immediate threats known for this species.

No management needs are known at this time.

A bladder sedge with scattered populations throughout the state. Due to confusion with Carex lupulina, this plant may be reported from areas where it really is not present. The wetlands along Lake Champlain possibly possess some of the best populations of this plant in New York.

A sedge ranging from Vermont and adjacent Quebec, west to Minnesota, south to Virginia, Kentucky, and Texas.

This is a large stout sedge with one or a few erect stems up to 1.3 meters tall sticking out above the clump of wide green leaves. There are 1-5 large and fat cylinder-shaped female spikes toward the top of the stem with inflated flower bracts (perigynia). The diamond-shaped fruits have small knobs on the angles that often break through and stick out of the flower bracts late in the season.

A plant of wet soils, this bladder sedge (section Lupulinae) may have erect stems up to 1.3 meters tall. The key distinguishing feature of this plant is the presence of knobs or "nipple-like points" on the angles of mature achenes. As a useful field key, Carex lupuliformis tends to remain much greener late into the fall season compared to other sedges.

Mature achenes are a must to properly identify this sedge.

While this sedge begins to flower in late spring and fruits begin to form by early July, mature fruits often do not form until late summer. These fruits will persist until early winter. The plants remain green until late fall. Since the plants stand out more after frost and have mature achenes at this point, the ideal survey time is late September to mid-November.

The time of year you would expect to find False Hop Sedge fruiting in New York. 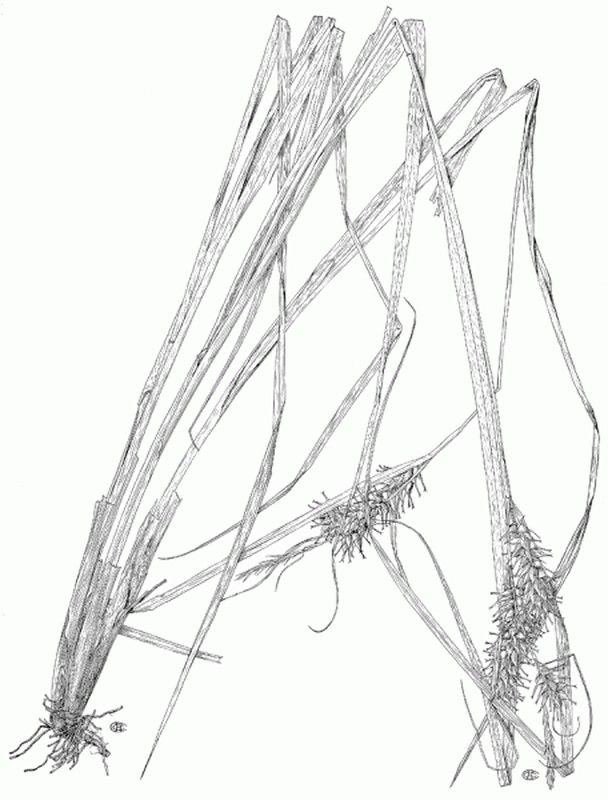 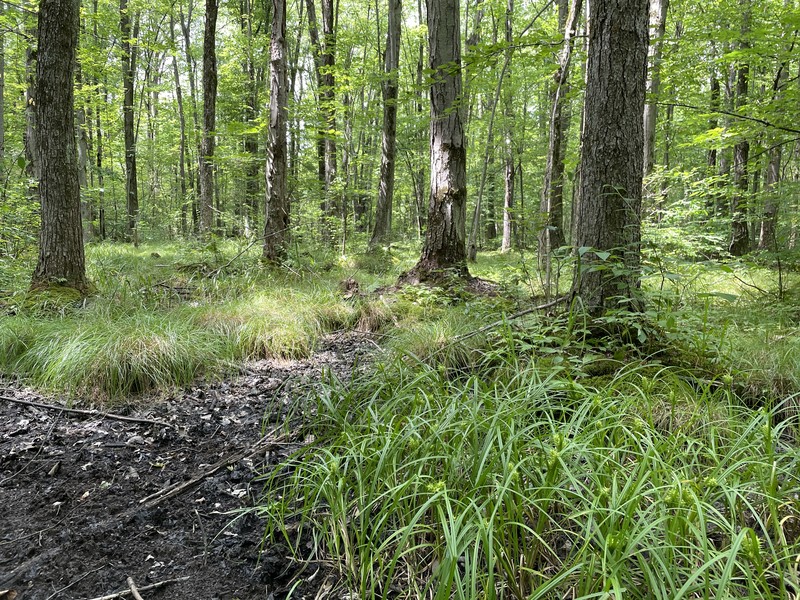 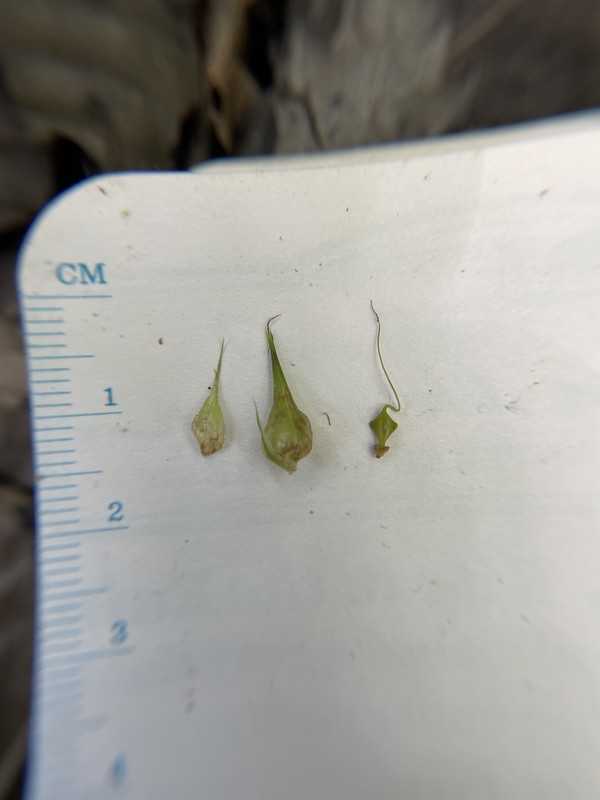 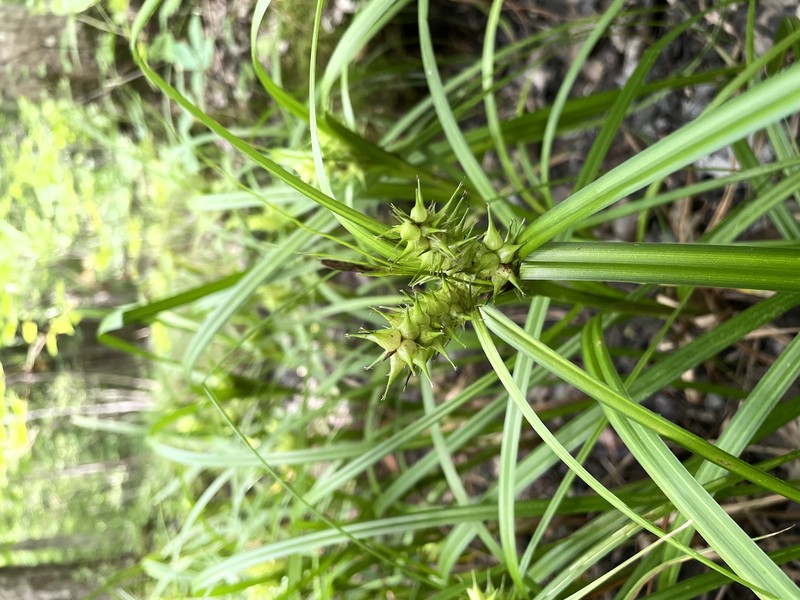 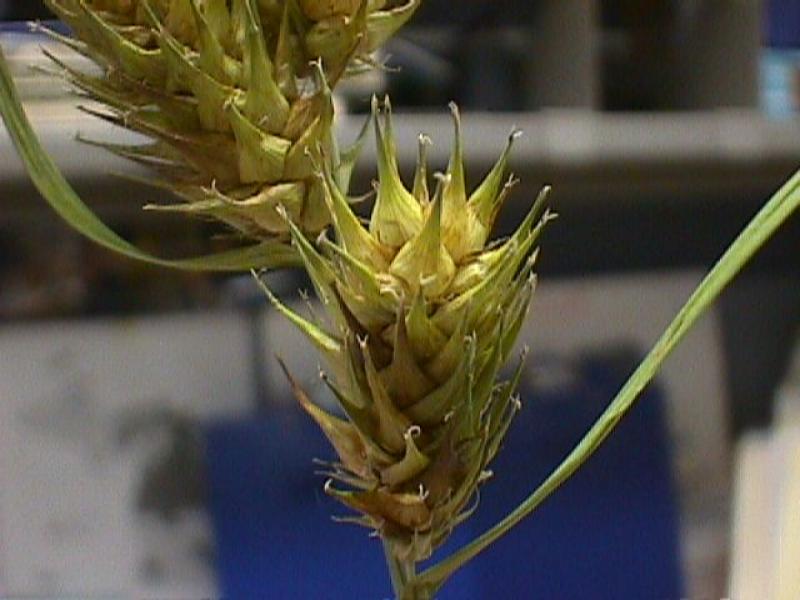 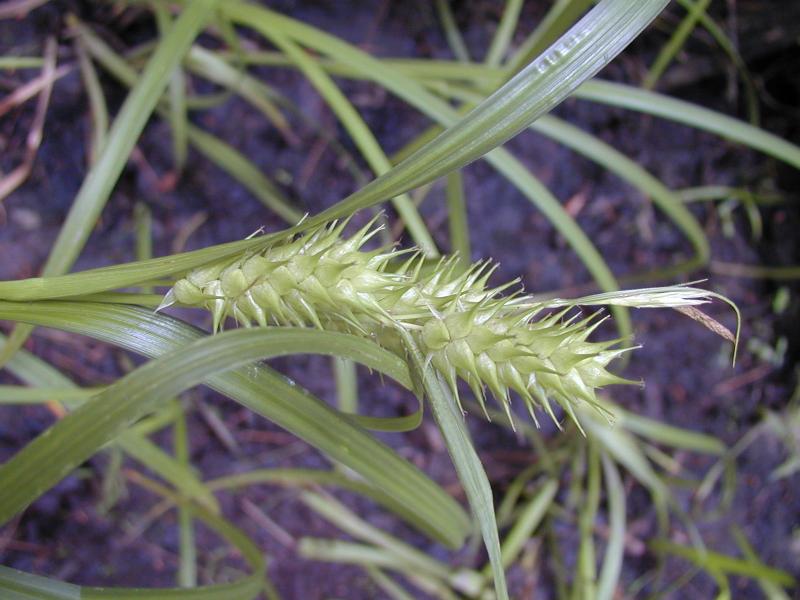 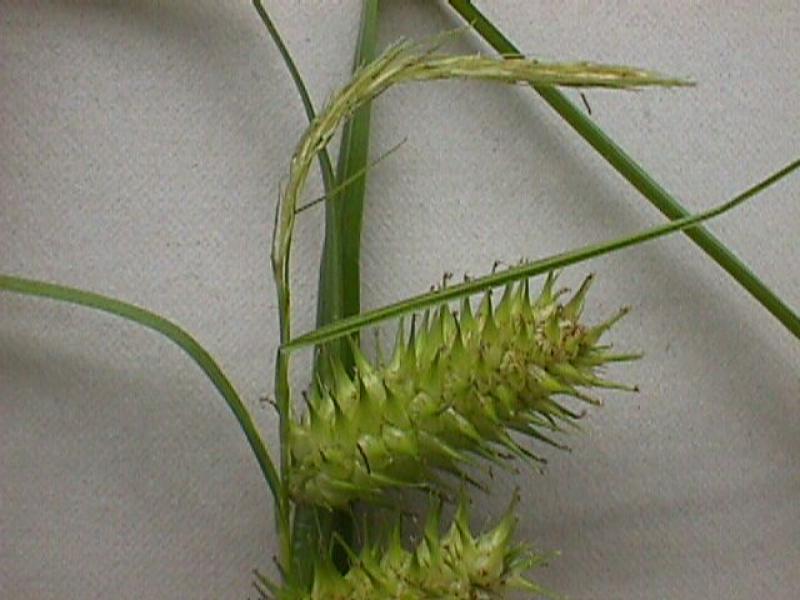 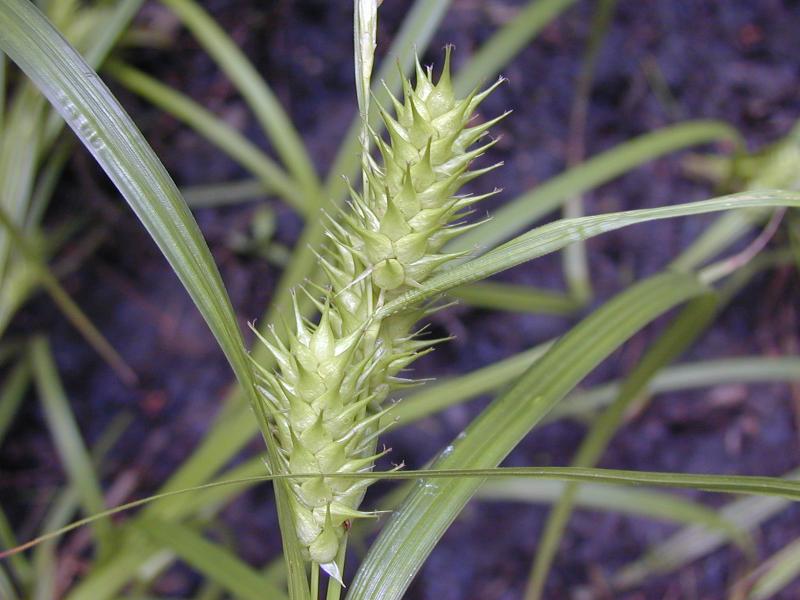 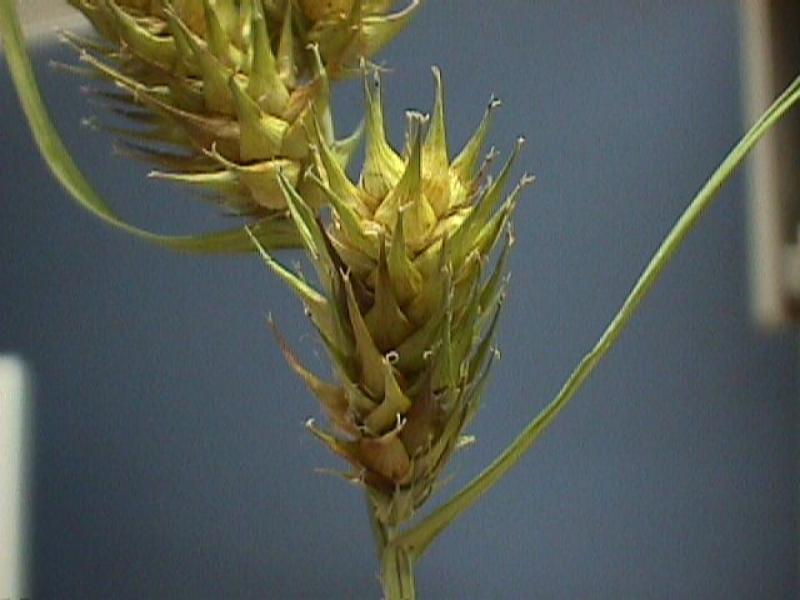 This sedge is a member of the the easily recognized bladder sedge group (section Lupulinae).

Information for this guide was last updated on: November 23, 2022