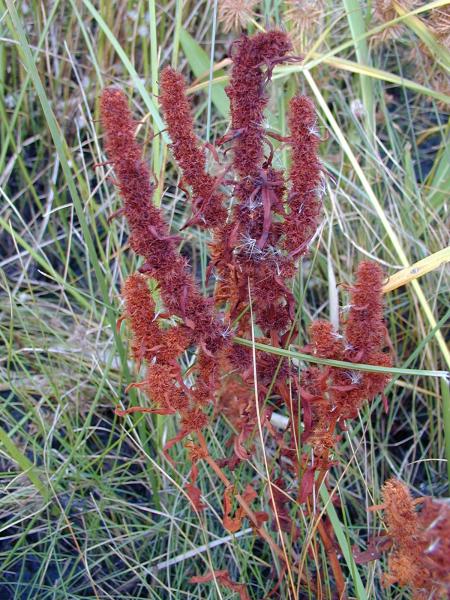 This species is known from Canada all the way south to the southern tip of South America, also known as Tierra del Fuego or Fuegia, thus the species name (Fernald 1950). It was named by Rodolfo Armando Philippi, a German-born scientist who moved to Chile in 1851 (Wikipedia contributors).

There are six existing populations but two of them may have been destroyed by exotic invasive plants. Only one population has hundreds of plants and the rest have less than 50 each. There are 13 populations recorded from the late 1800s to 1971 which need to be rechecked. Three populations no longer exist because their habitat has been destroyed

The short term trend seems to indicate a sharp decline but only four of the six sites have been resurveyed since 1990. Two of the smaller populations may have vanished, and a third was substantially smaller, but other population increased to 400 plants which is a 4 to 8 times its initially documented size. The remaining two populations seen since 1984 have not been resurveyed but were small or modest with 3 and 50 plants respectively.

This species appears to have significantly declined in the last 100 years. Resurveys of the thirteen historical and additional three extant sites known from prior to 1990 are needed to confirm this decrease.

Direct disturbance by trampling and off road vehicle use are threats in unprotected beach and salt marsh habitat. Salt marsh and interdunal habitat is also threatened by the uncontrolled expansion of Phragmites.

Propagation studies could be done to see if small populations can be augmented.

This wetland plant is currently known from Nassau and Suffolk counties on Long Island. There are historical records from Queens and Delaware counties, and from scattered counties of the Finger Lakes and Buffalo area.

In the U.S. Golden Dock is common west of the Mississippi River north of Arkansas and Oklahoma, with scattered populations in Texas. Its range extends east across the northern tier of states, where it becomes rare from Ohio east to New Jersey, New York and New England. It has a circumpolar distribution globally.

Golden Dock is an annual (or sometimes biennial) herb species with erect stems normally 15 to 60 centimeters tall. Like other members of the buckwheat family, the stems are swollen at the nodes. The leaves are 5 to 25 centimeters long, lanceolate (lance-shaped) or linear-lanceolate, with wavy margins. The infloresence is terminal, with 15 to 30 tiny (1 to 3 millimeter) densely packed flowers, reddish-brown to red early, then turning greenish yellow when mature. Upon maturity, the inner tepals of Rumex flowers form structures called valves, surrounding the fruit (achenes). The midrib of one of these valves forms a protruding structure called a tubercle. The brown achenes of Rumex fueginus has turbercles twice as wide (2.5 to 3.5 millimeters) as the achenes themselves (FNA 2005).

Plants with mature fruits are necessary for identification.

Golden Dock flowers from July through August, and the fruits persist through September and October.

The time of year you would expect to find American Golden Dock flowering and fruiting in New York. 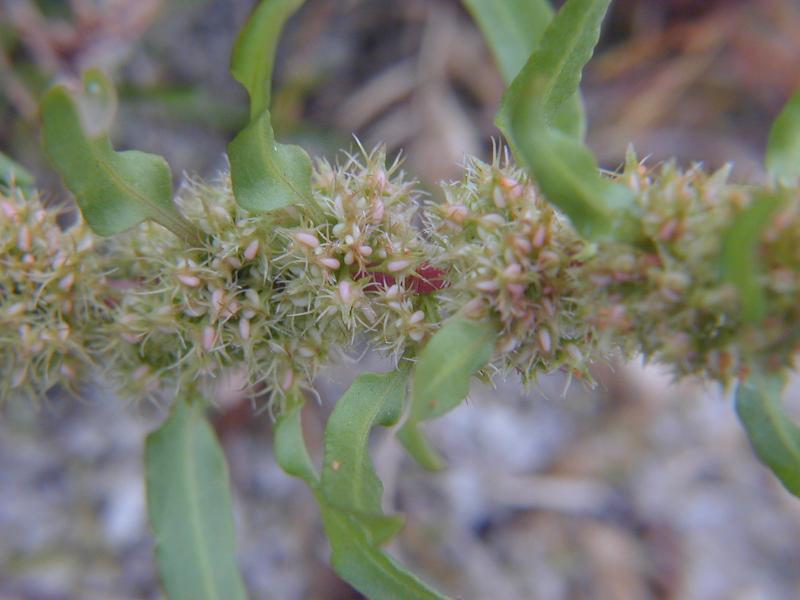 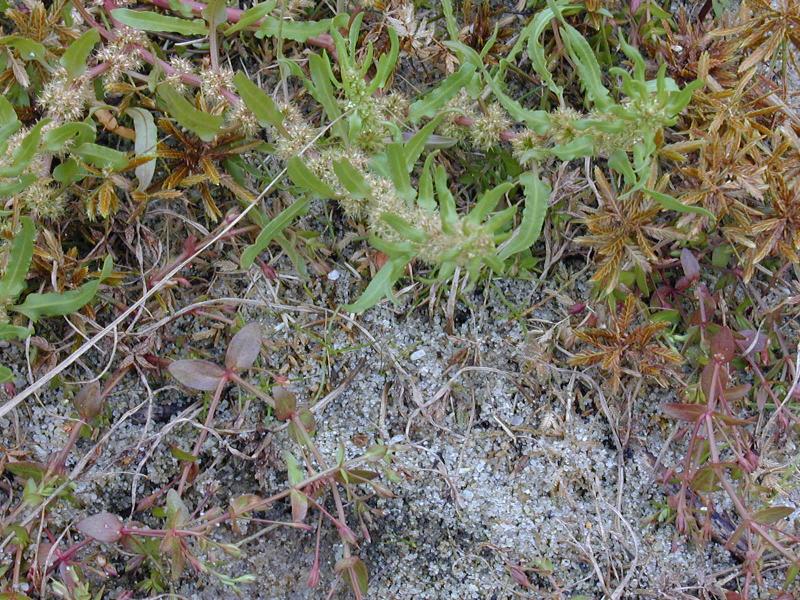