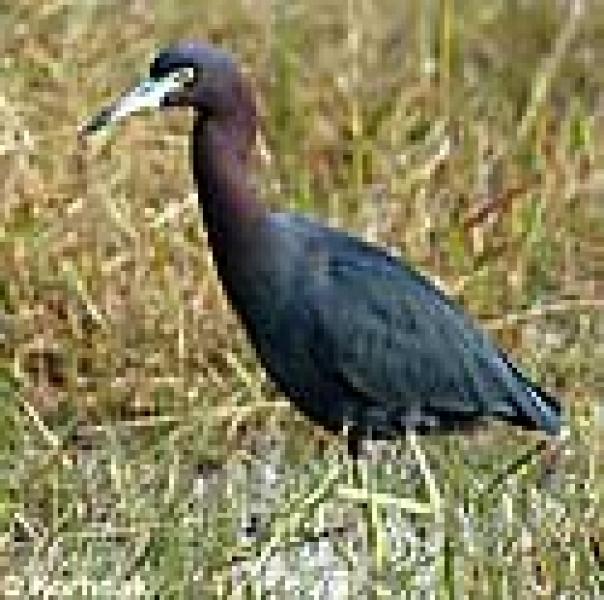 New York is near the northern limit of the little blue heron's breeding range. They are restricted to the non-barrier salt marsh islands of southern Long Island.

Breeding populations of little blue herons have been on a steady decline in New York. The 2007 Long Island Colonial Waterbird survey showed an average of less than 20 breeding pairs of herons at five of the 23 known colonies (McGowan and Corwin 2008; New York Natural Heritage Program 2009).

Accurate and historical survey data on little blue herons is lacking, partly due to their dark appearance making surveying difficult. Populations have been slowly declining throughout its range due to habitat loss. The little blue heron was an occasional visitor to New York during the late 1800s. They were first reported as breeding in the state during the late 1950s, on a salt marsh island in Jamaica Bay, Nassau County. By 1985, there were 68 breeding pairs in eight colonies. Confirmed breeding was recorded in 11 Breeding Bird Atlas blocks between 2000 and 2005 (McGowan and Corwin 2008).

Degradation of breeding and foraging habitat is the greatest threat to little blue herons (McCrimmon 2006). Other threats include flooding, development, disturbance of nesting areas by human activity such as boating, fishing, dredge spoil deposition, and predation primarily by gulls, fox, and raccoons (Rodgers and Smith 1995; New York Natural Heritage Program 2009).

Continue to develop and conduct management and habitat restoration plans along with with state, local, and federal partners. Continue to monitor populations and discuss ways to improve survey methods. Compare state population trends against regional trends to determine population dynamics across various geographic areas and time periods. Consider developing and initiating a banding program to get a better handle on breeding populations and migratory patterns (Rodgers and Smith 1995; McCrimmon 2006).

More information is needed regarding life history and behavior in order to better protect this species. Research and identify key habitat characteristics necessary for breeding, foraging, and wintering areas. Identify all potential threats including those created by human disturbance as well as predators, pathogens, and invasive species, and seek ways to diminish their impact (McCrimmon 2006).

Little blue herons inhabit a variety of aquatic habitats, including lakes, ponds, rivers, and both salt and fresh water marshes. On the coast preferred habitats are salt marshes, ponds and mud flats. Wooded swamps, ponds and streams are utilized in inland situations. In New York, they utilize coastal salt marsh scrub/shrub islands; nesting in dense thickets or in trees. They forage in the estuaries surrounding these islands (Rodgers and Smith 1995; McCrimmon 2006; New York Natural Heritage Program 2009).

The breeding range of the little blue heron in the United States extends from southern Maine south along the Atlantic coastline to northern Florida, west to central Texas, north through Oklahoma to central Kansas, and east to southern Missouri, northern Arkansas, southern Illinois, and southwestern Kentucky. They breed casually in southern New Mexico and along the western coast of the United States. They also breed in the West Indies, along the coast of Mexico, and in South America in Peru, Colombia, Venezuela, the Guianas, and northern Uraguay. The winter range extends from southern Baja California east along the coasts of Mexico, Louisianna, Mississippi, and northern Florida to coastal Virginia (Rodgers and Smith 1995; NatureServe 2009).

The little blue heron is a small to medium-sized heron; about 60 cm in length with a wingspan of about 100 cm. Adults are slate blue in color. Legs are dark green and bill is pale with a black tip. During the breeding season, the head and neck turn a deep reddish-brown (Peterson 1980; National Geographic Society 1999). The birds nest in colonies with other species of herons. Nests are platform in shape, about 40 cm wide and 25 cm deep, and are constructed from dead twigs and sticks and lined with vegetation. They are formed in trees or shrubs 1-4 m from the ground. Four to five eggs are typically laid. The eggs are oval in shape, have a smooth shell, and are pale blue-green in color. The average size of the eggs is 44 mm x 44 mm (Bent 1926). Young are born pure white and resemble snowy egrets. They remain white typically until their first spring and gradually change over to blue (Peterson 1980; National Geographic Society 1999). The sub-adults with both white and blue plumage are often classified as calico or piebald (Rodgers and Smith 1995). Little blue herons have several different types of vocalizations. Nestlings and fledglings emit a food begging call that sounds like "hee-hee-hee". Typical adult vocalizations include those made breeding/greeting, that sounds like "Unh" and "Eh-oo-ah-eh-eh". When the birds are disturbed or show aggression, they make a "Sken" sound. They also produce nonvocal sounds such as bill nibbling which sounds like a rattle during courtship and bill snapping while exhibiting a stretch display (Rodgers and Smith 1995).

The slate blue plumage and reddish-brown neck of the adults during breeding season are the most useful characteristics for identifying little blue herons.

Little blue herons arrive at their breeding grounds in early spring, and courtship, which is initiated by the males, begins soon after. Male birds walk throughout the colony, strutting, stretching, and snapping their bills. They establish their core territory which eventually becomes the nest site. Little Blue Herons are colonial nesters and often nest with other species of herons. Both the male and female aid in nest building, with the male gathering nest materials and the female doing most of the construction. Eggs are laid soon after the nest is constructed. The incubation period lasts around 22 days, with the male and female taking turns incubating. Hatching is asynchronous and occasionally results in mortality of younger chicks. The Little Blue Heron forages during the day in shallow water by wading very slowly and peering into the water, with the bill close to the surface. When prey is spotted, the head often sways in a semi-circle around the bill at the point of contact with the water just before striking (Willard 1977; Rodgers and Smith 1995).

Little blue herons forage in coastal marshes and estuaries for various types of fish, crustaceans, and other small invertebrates. The birds feed on regional species including minnows, anchovies, killifish, and darters, to name a few (Bent 1926; Rodgers and Smith 1995).

Little blue herons can be found breeding on the non-barrier islands of Long Island from late May to August (Rodgers and Smith 1995).

The time of year you would expect to find Little Blue Heron active and reproducing in New York. 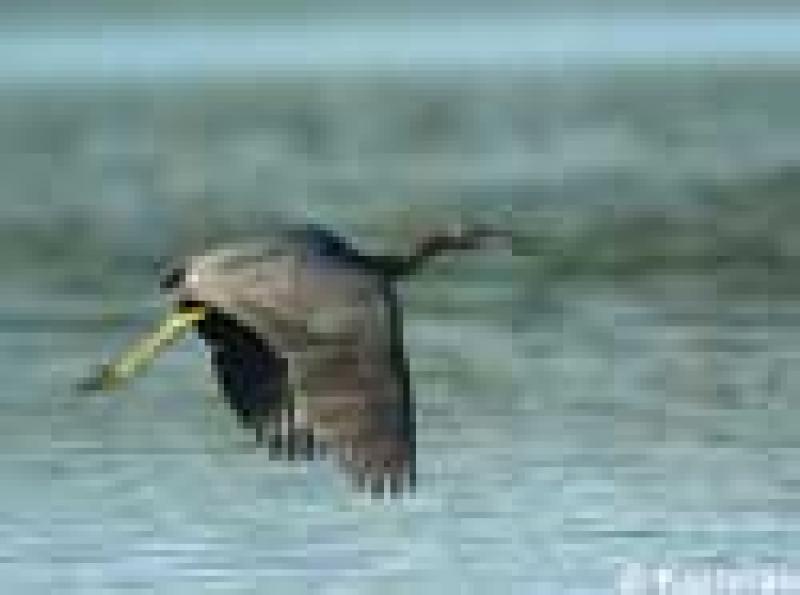 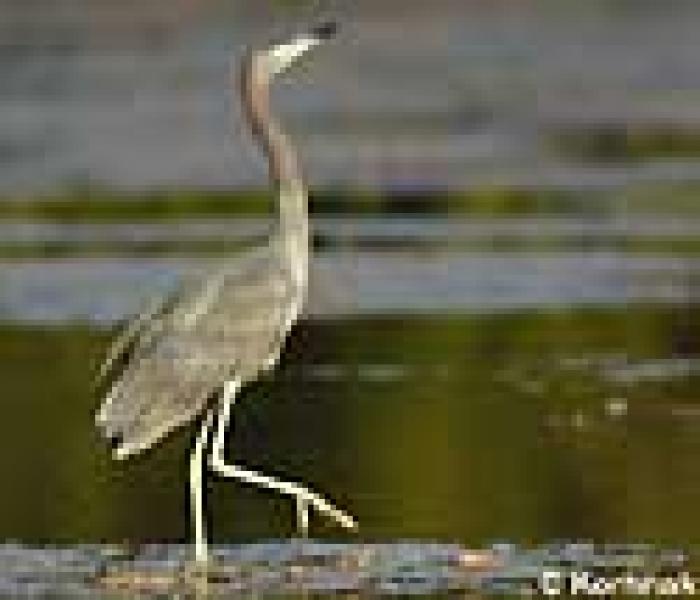 Willard, D. E. 1977. The feeding ecology and behavior of five species of herons in southeastern New Jersey. Condor: Vol. 79, No. 4.